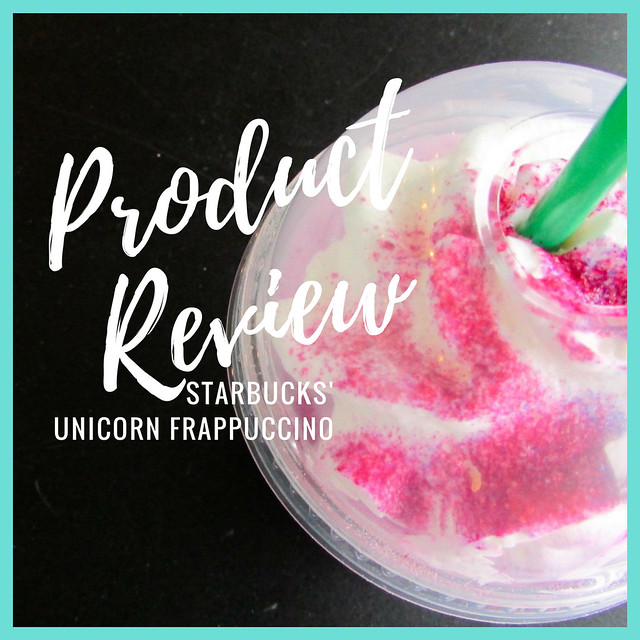 Unless you have been hiding under a social media rock lately you have probably heard that Starbucks has made a Unicorn Frappuccino Blended Crème beverage that is only available for five days starting today. 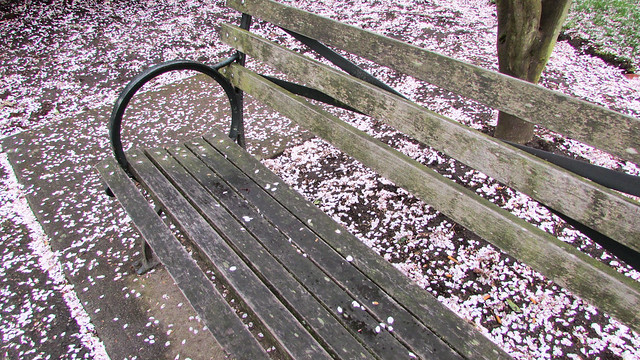 It has been a typical rainy but stunning pink petal-filled day here in Vancouver with the cherry blossoms letting go of their Sakura-ness. 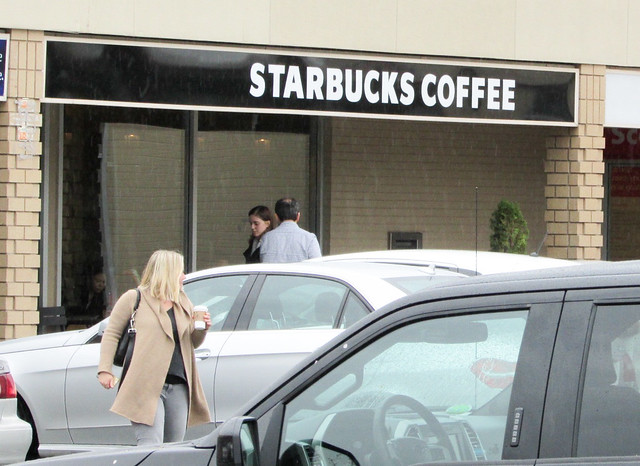 What a perfect day it would make for a Unicorn Frappé photoshoot. I walked over to Starbucks which was packed with teenage girls all leaving with their pretty pink and blue frappés. 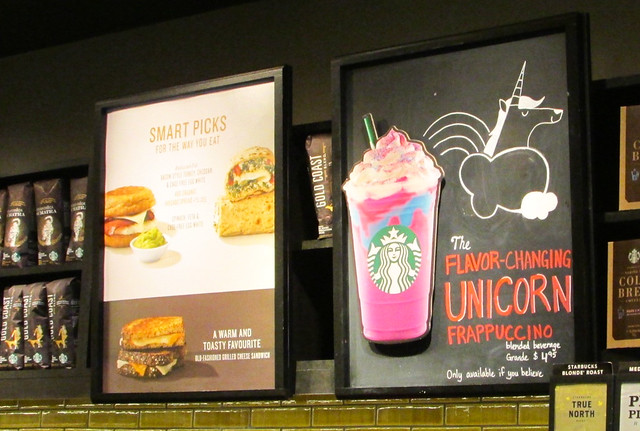 It appears I was the only adult in the place ordering a tall one but the cashier assured me they had been selling like magical hotcakes. 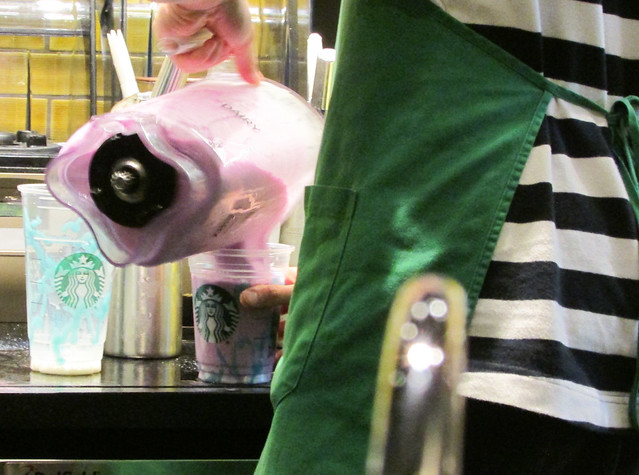 I watched as the magical drink was prepared and the weird blue syrup was swirled around the edge of the container before the pink goo followed. 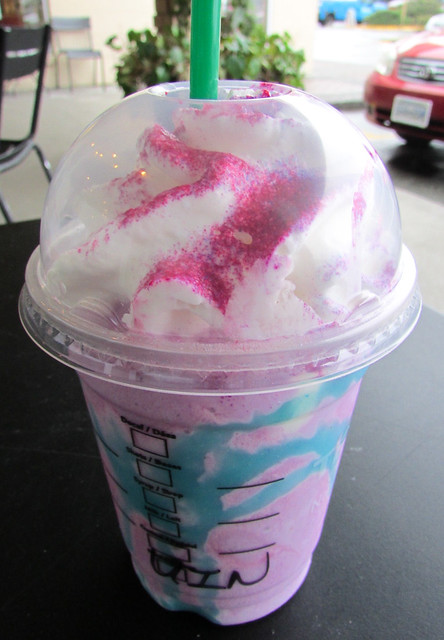 Oh I believed in unicorns and I received my frappé for just under $5! It really did look quite spectacular and fantastical. 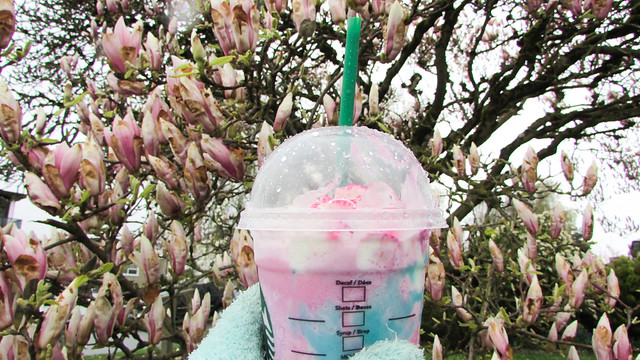 “Magical flavors start off sweet and fruity transforming to pleasantly sour. Swirl it to reveal a color-changing spectacle of purple and pink. It’s finished with whipped cream-sprinkled pink and blue fairy powders.”

That is a lot to live up to! Still, so many people online have been drinking this beverage and talking about how fantastic it is and for me? All I tasted was…

Fake. So fake! I guess in that way it was a perfectly “unreal” experience because it kind of just tasted like unicorn perfume in my mouth, followed by a sourness. Imagine if confetti cake mix merged with Sweet Tarts. In a drink.

No Thanks But Thanks All The Same! 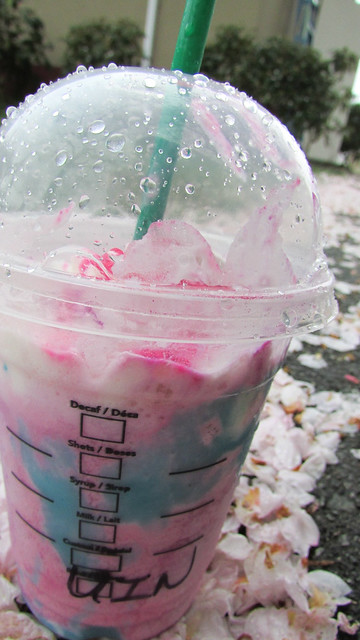 So many people mentioned mango and pixie sticks but for me, it was a totally weird and blech experience. That said, I think it was one of the coolest foodie ideas I have heard in a while, I have never tasted anything quite like it and say Bravo to Starbucks for trying something new and magical. 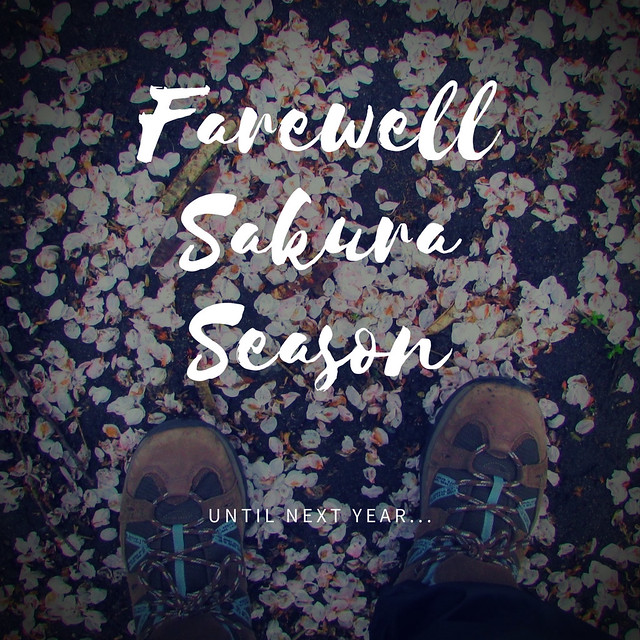 Sadly I did not even get through half of mine. What a shame. A fun idea with crappy fake flavour and that perfuminess was downright unpleasant. Maybe I did not believe in unicorns hard enough?!