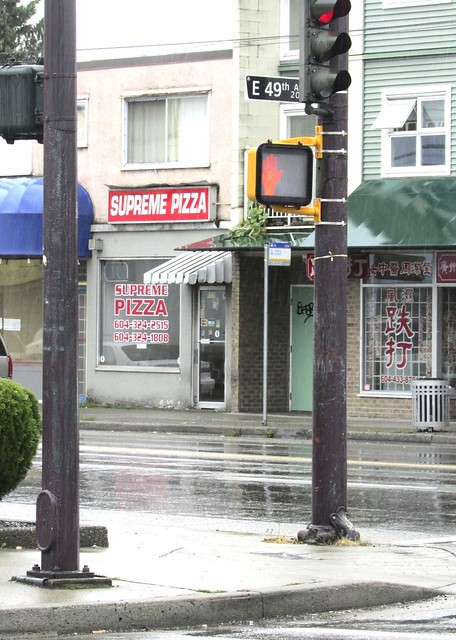 When Reg and I were waiting to take the “IKEA bus” to Richmond right after we moved to Vancouver, I was so surprised to see a foodie treasure still existed: Supreme Pizza. Their pizza was my absolute favourite of all time and when we left Vancouver, I mourned the loss of that pizza from my life. Their sauce is so good, I always ordered double pizza sauce.

And there it was. Across the street from us at 49th and Victoria Drive. Still a mere hole in the wall (literally, there is a wall with a hole in it for you to order and pick up pizzas) but it existed! 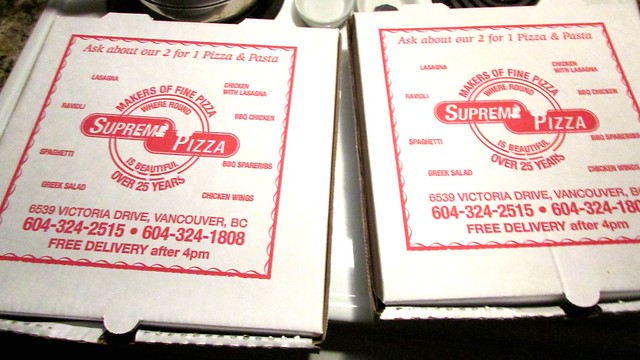 One of the first things I did after moving into the house was order two medium pizzas from them. 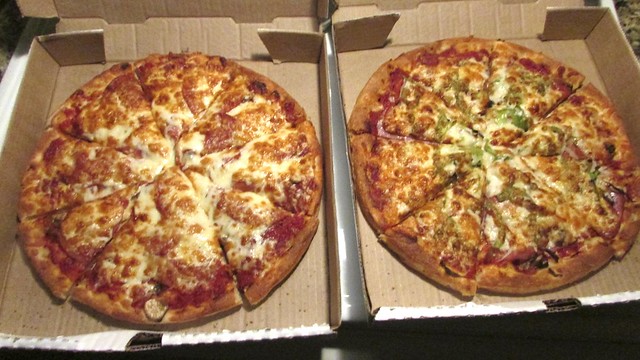 The one of the left, the one I used to order all the time. On the right? The HOT! HOT! HOT! I had to try something new too! 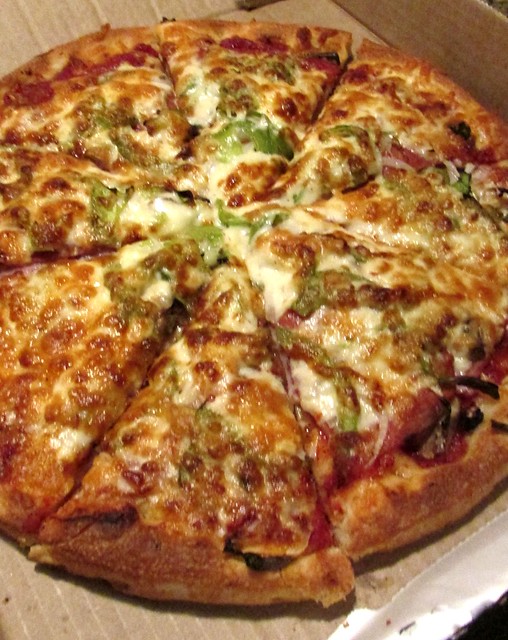 The spicy pizza was a little over-baked for me but man, it was delicious. Reg devoured it. It was hot but not killer spicy so I could eat it too. 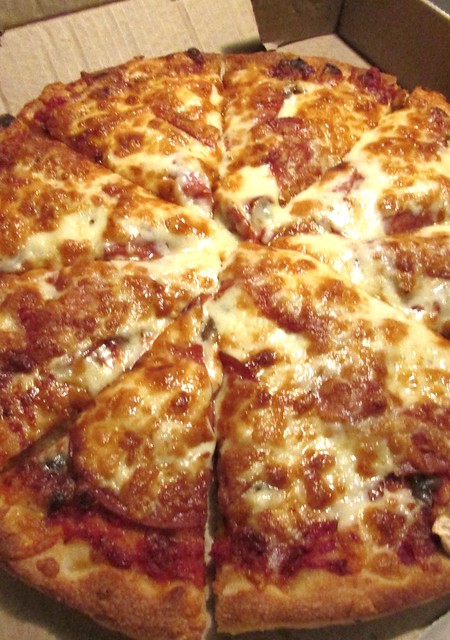 But this is what I wanted. A classic pizza with pepperoni, mushrooms and extra pizza sauce. It was a little over baked for my liking but damn, that pizza sauce was still just as good as I remembered it. So thick and dense with spices… Gorgeous!

How often can you move away from a place and over 13 years later they are still there making the same product just as perfectly as you remembered it? Supreme Pizza, you rock!