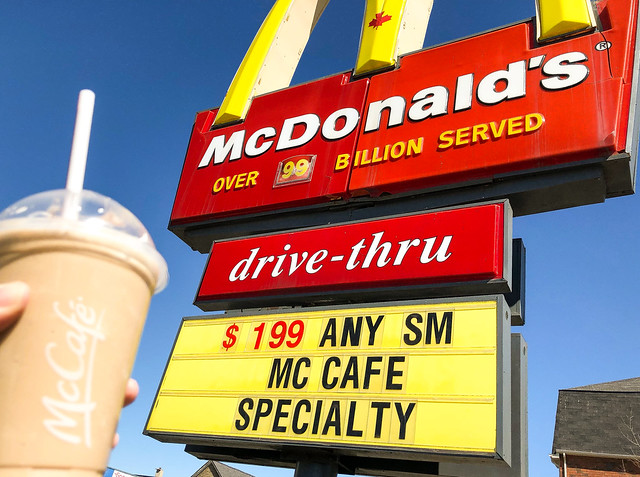 You know I LOVE McDonald’s Coffee Iced Frappé! I was crazy for it until I almost ended up in the hospital when I realized… 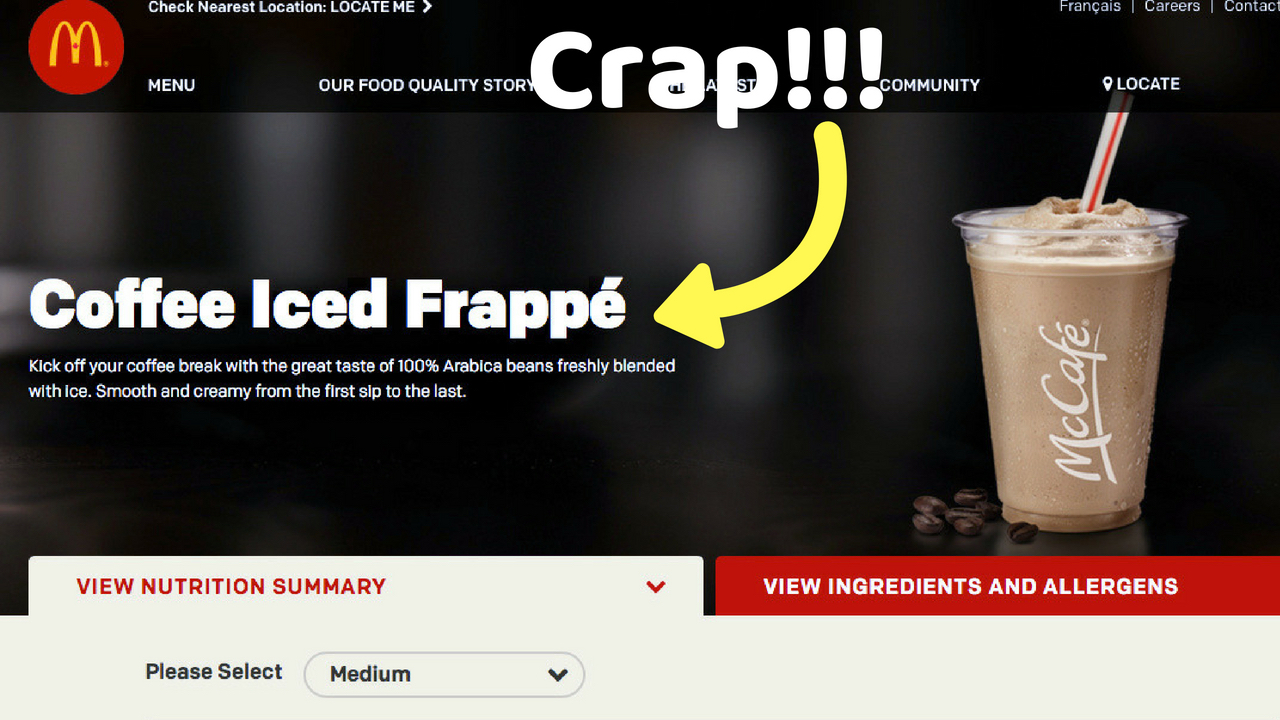 Yes, it is actually made with REAL coffee beans! Which I did not know because I originally went straight to their page on ingredients and allergens:

Says nothing about coffee or caffeine. It had been so long since I had any caffeine I got chest pains and almost had to hail a cab and go to the hospital. Total nightmare.

So I decided to do a little investigating to try and figure out if McDonald’s had any coffee flavoured summer beverages that were decaf. FYI there is a bit of foul language in the video.