Some good news before the long and dark birthday weekend… I sold my chocolate chip cookie-scented pendant!

First, let me tell you what I thought was going to happen for my birthday weekend. I thought Reg would drive home tired from a 36-hour shift and we would flake out Friday night. We would get some stuff done on Saturday and then go out with Jen to a nice restaurant to celebrate my birthday. Sunday, I would stay home and play with clay.

Here is what really happened.

Friday Reg came home kind of late. When he walked through the door, I could see cold-infused pain by his plank board posture and crinkled agony in his face. I asked, “Why are you so cold?” Then it hit me, something happened to the car. He had to take the bus and walk miles in this record-breaking cold to get home.

Yup, sure enough, the car was dead. And all the way downtown by the waterfront. And we are out in the far-away burbs. And Reg was frozen solid. I told him to take a hot shower and that I was going to get help. He did not want me to, asked me not to, but I would not listen to him. He wanted to take care of it himself but I did not want him to get hypothermia. In walks our bestest of friends, Jen. Jen was an absolute hero. She came to our place, even had jumper cables and we all went downtown. Reg had spent some time on YouTube finding out how to use the cables to bring a car back to life. Next thing I knew I was in an empty parking lot with the wind howling, a siren going off somewhere and holding cables as Reg figured out where the batteries on both cars were.

I had this image of me getting thrown hundreds of feet by an accidental spark and waking up with superhero powers. Hopefully they would include an inability to feel the cold because I was getting in pretty bad shape with the arctic wind visiting us down by the waterfront.

But Reg did it! Reg got the car running and I apologized to him for not going home in that frozen car. That I was staying in Jen’s car with the heated seats. We followed Reg closely, just in case something happened.

Notice there have been no photographs? I did consider bringing my camera but knew that I would be putting its life in peril if I took it with me. Going from warmth to cold to warmth could shattered the lens. It takes extreme situations for me to leave it at home. We said we would meet at The Battered Fish. Of course I was so upset I did not have my camera! The place was sleek, modern, very clean and I was shocked it was in my neighbourhood. The monitors were so tiny we couldn’t read them so we ordered food off a printed menu. We were assured they were getting new monitors soon. They did not have the seafood platter and they were out of the seafood chowder. I ordered the clams & fried, Jen & Reg got the two-piece fish and chips and we ordered two TBF Chocolate Bites (photographed above). From the menu we thought there would only be a couple of them but in fact they gave us two containers packed with them. Those are just the last three left in the box after we gorged, so hungry and cold.

There is nothing like deep fried food to feed your cold bones and cellulite. I actually loved every bite and it all helped me warm up. The clams were great and the Mars bars were fantastic. Interesting that one carton was very crispy and melty and the other one was doughy. It is a new location so I guess they are still working things out. It being Robbie Burns Day, it was even appropriate to have have pub food and a Scottish deep-fried treat. We said goodnight to Jen the Hero and I told her we would be in touch about going out for a real birthday dinner Saturday night. Reg took me out to buy special yoga pants and I would tell you where we went except that I found out after taking this photo of me holding up my new fabulous yoga pants in the change room that no photos were allowed in the store.

Then we walked over to a gaming store, which in the summer would be no big deal. Well, today it was a big deal. Especially since I did not have a hood or a had. My lips had already felt like they had been scraped with frozen sandpaper the night before and we got to the place only to find out they do not sell anything. They just play games. And my ears were killing! Well I wanted to get out of the cold so we went into DeSerres, one of my favourite art supply stores. Reg treated me there too (scroll down to see) and then we headed back home. By this time it was getting late in the day and we were starving. We had to get groceries, we were actually getting to the point of borderline starvation at home, but I did not want to shop hungry. Reg got a sub and I got a wrap from Subway. While there I discovered that Subway bakes their cookies in-house! Unlike the “other” store, this one said yes to me taking photographs! I was so happy and inspired they made their cookies on the premises. I was so frozen, exhausted and sore I was extra scrambly this grocery shop. It had been a long time since I was able to get food and I knew that it might be a very long time before I got to go back. I did not want to miss anything so I was not very efficient. Thankfully Reg is so patient but I still felt bad.

So I got lots of food, especially stocked up on smoothie supplies and yes, got a giant orange container, LOL. Because we are probably moving and because we are kind of freaks, I really wanted one of these for all our Halloween supplies so this made me very happy. Our dessert for the evening ended up being Munchies Crunchy Coated Peanuts, which we love! OK, that was more of a snack but at this point I no longer cared. Reg drove by The Battered Fish for me so I could get a photo. Sure enough, my camera acted wonky but you can see how it is filled with people, those fabulously funky lights and the modern style.

By the time we got home I was so tired and frozen. I wrapped my feet in an electric blanket, swaddled myself in a pink blanket. I was so tired, I was almost passing out by 7 pm. The food part of my birthday celebration was done. We had real food again, could not really afford to go out to dinner and already had an oddly bizarre but fun night out with Jen. I could do nothing more. Sunday I played with the goodies Reg bought me and as I played with clay was so excited I will be picking up my yoga pants next week. I started working on a cookbook-jam-inspired necklace which required lots of experimentation. 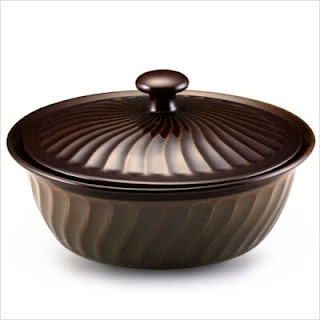 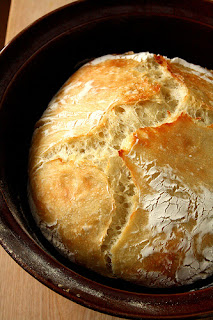 Then I finished off the weird weekend by listing my Paula Deen 10″ Stoneware Round Covered Casserole Dish in Green for a penny auction on ebay. So far it has 1 penny bid on it, LOL. So it is sold no matter what which is great because even though I adore this dish, I have to let things go. Even treasures.
Foodie Conclusion
After the coldest and most challenging birthday I have had since I left Ottawa all those years ago, I know that the time for me to leave Nova Scotia is approaching. Although I may end up cooking and baking in a future closet-kitchen, I hope to be in a place where I can go out for my birthday to a restaurant without it being so arduous and physically painful.
Still, it was a wild birthday! One I will never forget. And Jen, you are the best! Just the best. I don’t know what we are going to do without you and Mike.
Can’t wait to start making food and eating again! Happy birthday to me…