You are here: Home / Vancouver / The Day of the Big Move 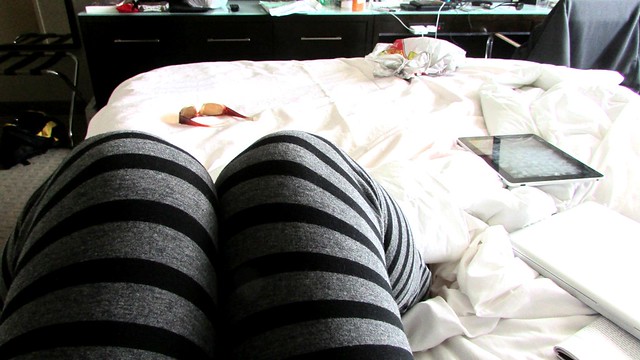 Living more than three weeks in a hotel sucks. Breathing in pumped in air in a small room with just a tiny bar fridge was no fun. Reg wanted to go outside all the time and I was so exhausted I just wanted to spend all my time in bed. 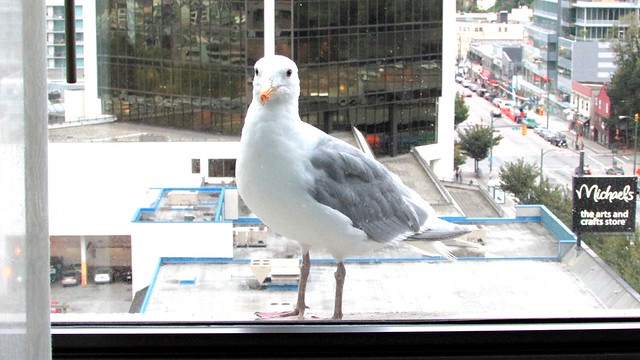 We did get a visitor who I named Henry come and visit us as soon as we got to our hotel. 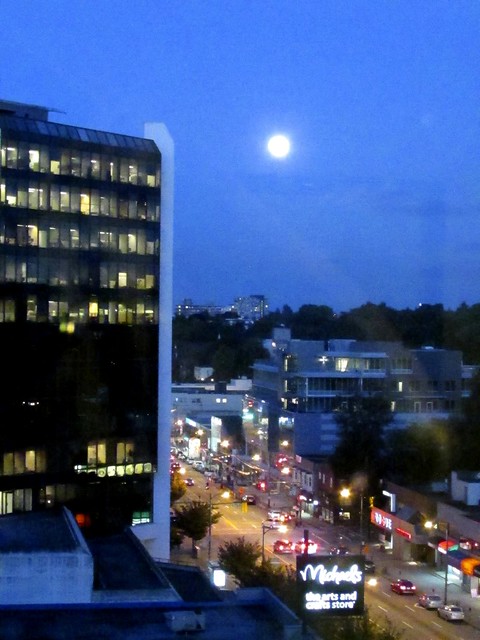 Note the Michaels sign, LOL. Not only did we have a Blenz right outside (my favourite cafe) but there was a Michaels! I am a huge crafting geek and every time I walked by (which was often) I was so tempted to go in but I only did it once! 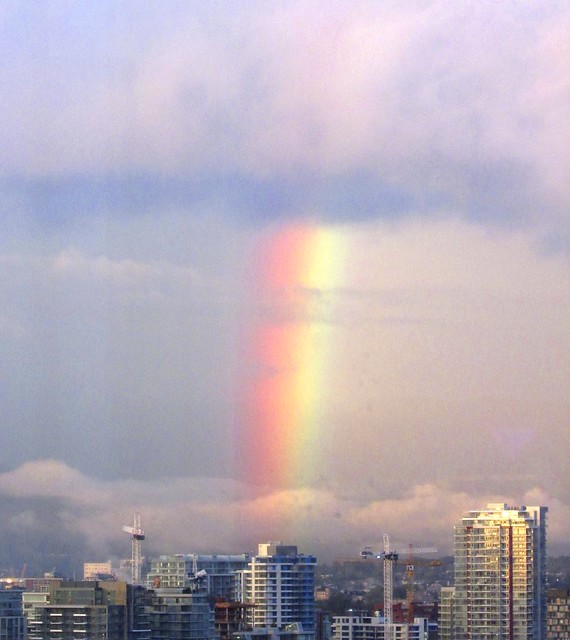 We had fantastic views of downtown and even saw a rainbow go from horizon to horizon. Still, I wanted to be in my new apartment and make my own god damn food! 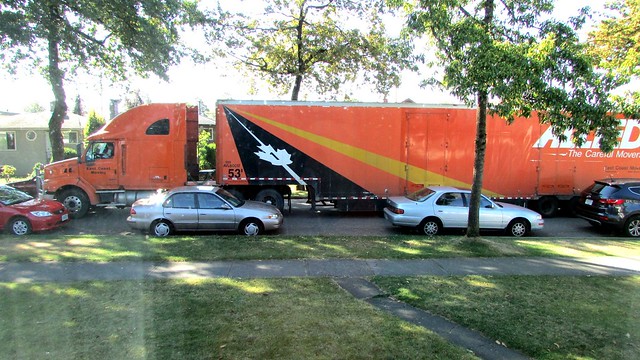 The day finally came. The truck made it from the east coast in mid-September and we were so excited! 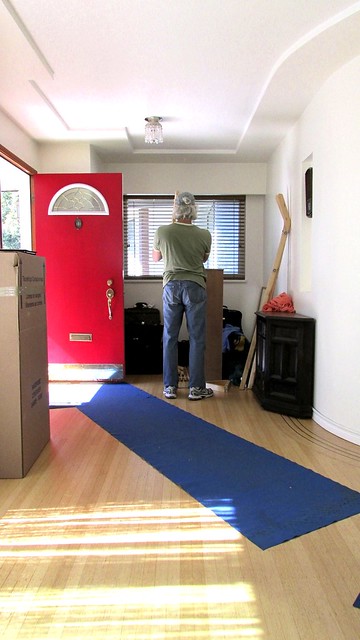 You can only daydream about where you want furniture to go and set up your new home but having stuff come through that door super fast is an entirely different thing. 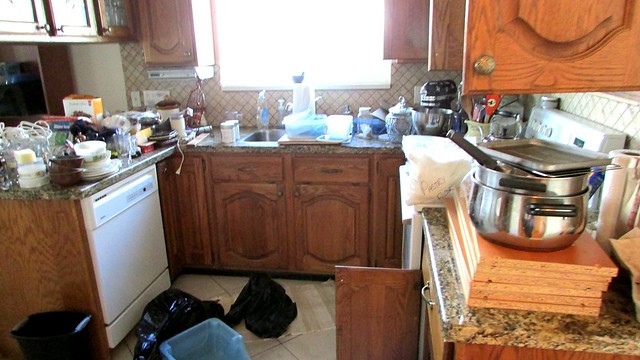 As you know, my kitchen had stuff piling up all around me. 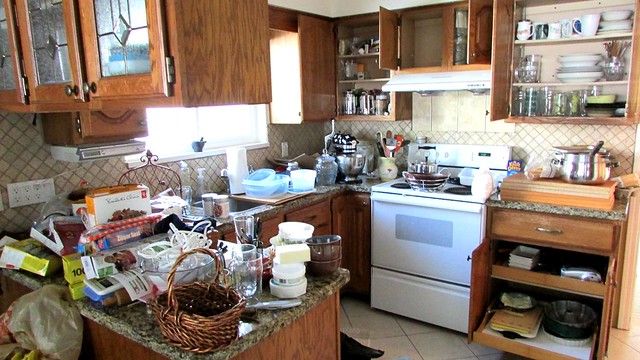 Everything I put away ended up going somewhere completely different later on. 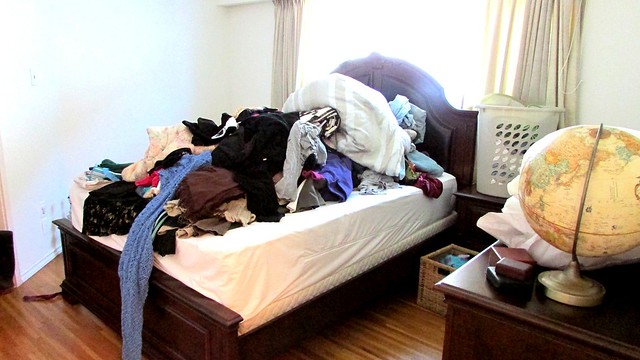 Reg attacked the boxes of clothing and piled it up on the bed! 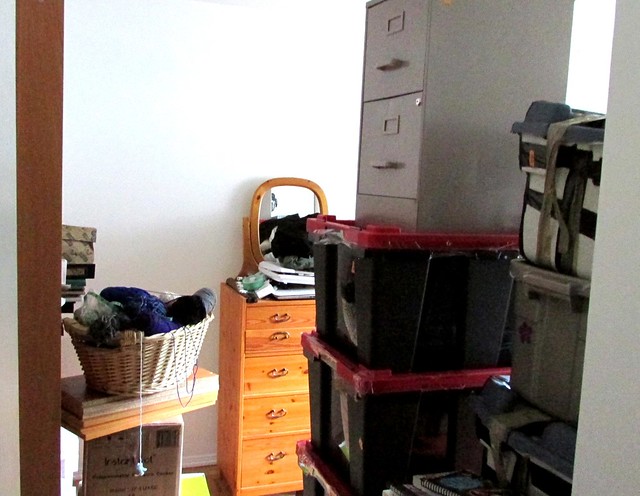 The worst though was my crafts room. I could barely get in at this point and the boxes went way up into the air. 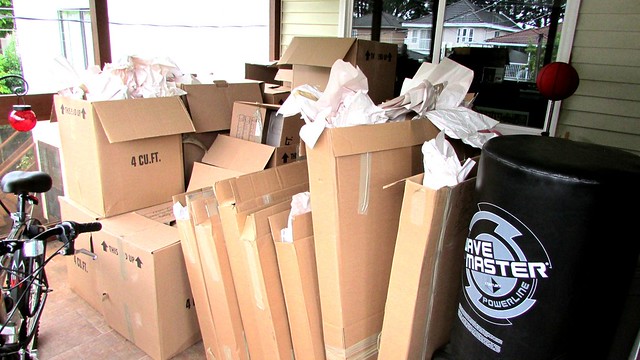 But we did it. We went through all the boxes and most of the stuff is put away now. And everything kind of fits! 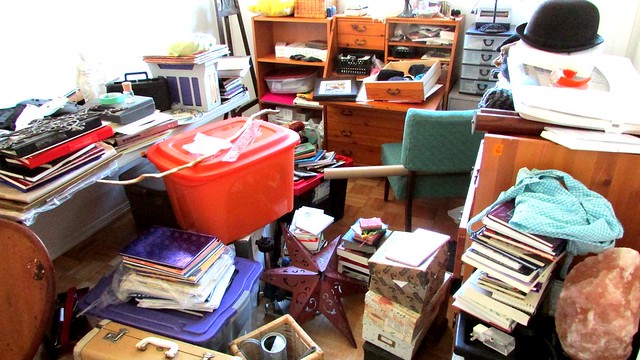 Although there is still a ton to be done in my crafts room but at least everything is out of the boxes now.

I am so grateful this phase is finally over. Reg and I were out gaming last night in the hood and felt so happy. We are so lucky to have been able to move back to our old Vancouver neighbourhood which we really love. It isn’t downtown but it kind of feels like it’s own little city. We contemplated going to Starbucks for hot chocolate but picked up a mix at London Drugs instead with our milk and yogurt.

Walking home and opening the door to our living space with art finally showing up on the walls, we felt completely at home. We truly are getting a mid-life Mulligan and I say, bring it.