You are here: Home / eating out / The Naughty Foodie & The Truth About Selling A House Part I 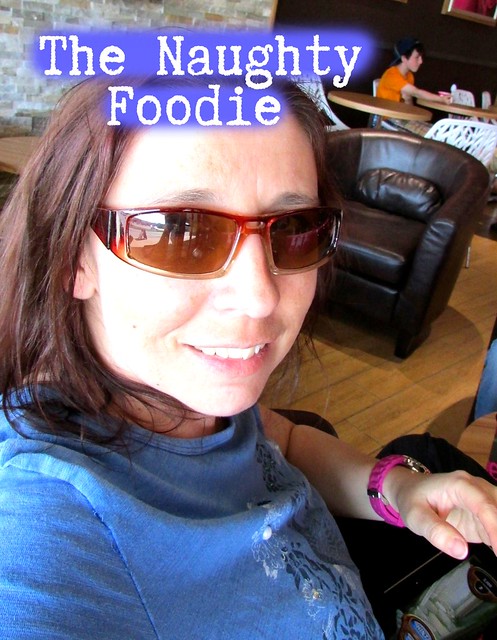 One fun thing about selling a house that I normally do not get to indulge in very often is eating out! So I thought I would share the truth behind selling a house and how it impacts your diet and budget. BTW, this is NOT glamorous post. 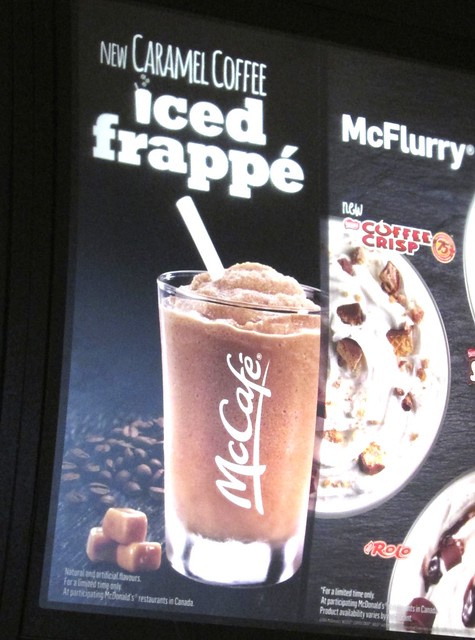 One thing that happens when you are spending your entire life getting a house ready to sell is when you have a chance to indulge in a quick treat for yourself, it is very hard to stay no. It was a hot day so I stopped by McDonald’s and picked up a snack size of their New Caramel Coffee Iced Frappé (which apparently is not on their site). 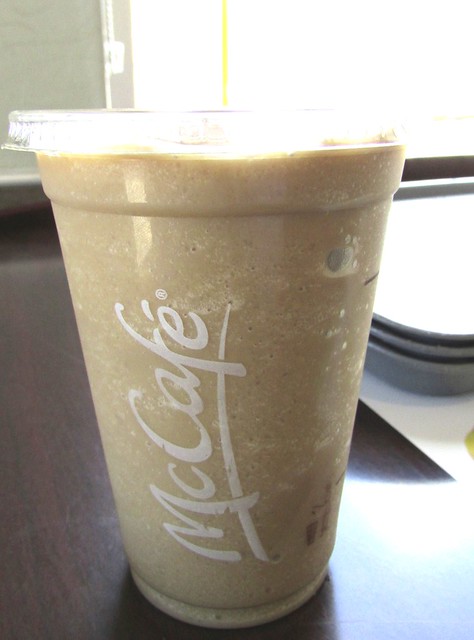 You know how much I love their coffee version so I was quite curious about their caramel. The caramel flavour was very strong at first but I found it quickly dissipated as it disappeared. It was good but super sweet. I think I will stick with their coffee version as a treat. 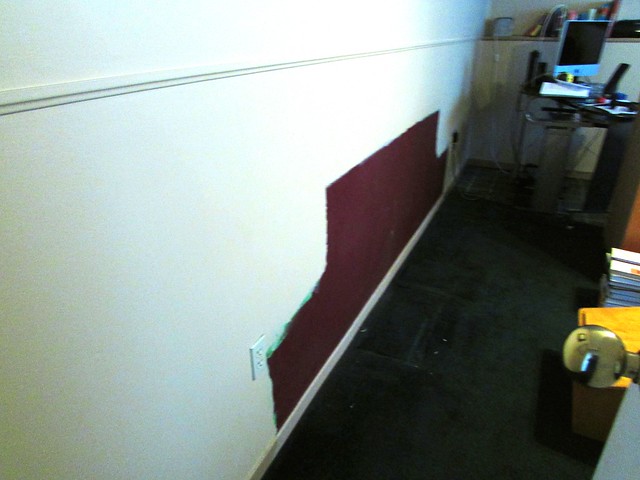 I finally had the chance to paint over this crazy burgundy splotch of paint! The former owners painted around a king-sized waterbed and it had been an eyesore for us since. I took my time and carefully primed and painted over it so it is finally gone. Yay! 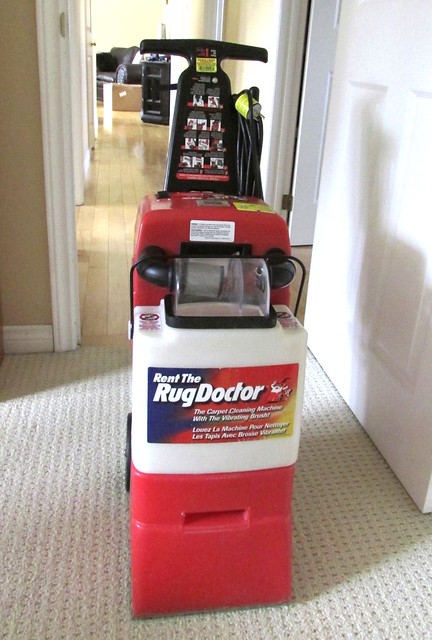 Instead of paying for people to come in an clean our rugs we rented a Rug Doctor from our Superstore. With the cleaning fluid it came to around $50. FYI, you want to fill this sucker up with cleaner and water right away because it goes through both super fast. Also, the cleaning fluid is so strongly scented you might want to give it a while before you put the house on the market. Strong!!! 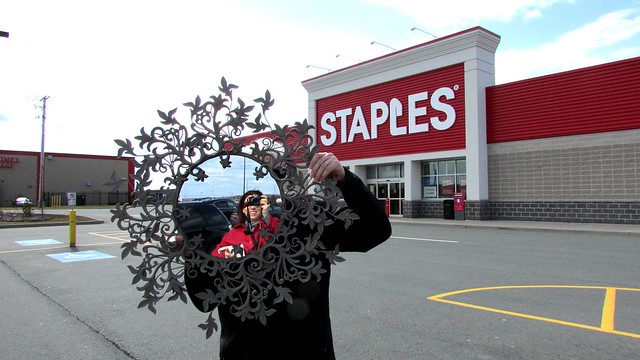 We needed an item from our front hall for visual interest and it was so hard to find. Reg and I could not agree on anything. Then I found this mirror at Wicker Emporium and fell in love. It was a tad dark but I knew I could add some highlights and make it look even better.

Which I did and we hung on the wall. Then we came home from a walk the frame fell to the ground. Pieces bent, broke off… We were heartbroken. Thankfully the mirror itself didn’t break! 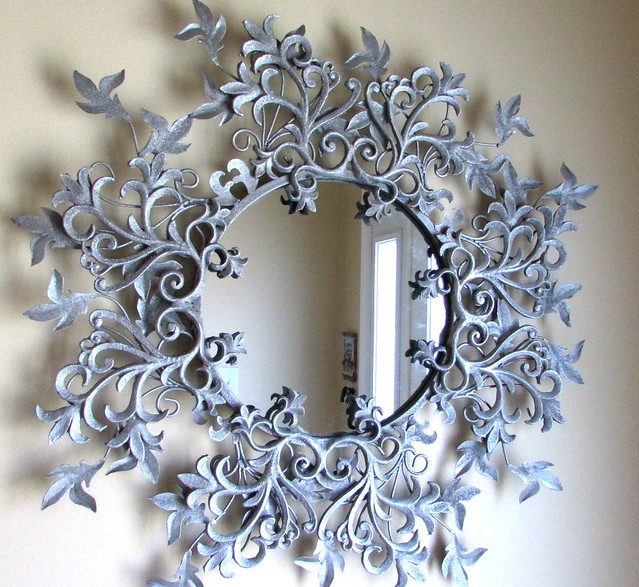 I would not allow that to deter me from using it. Reg straightened out the wires and pieces of the frame. I patched it together and used paper clay to give it back its integrity. Then I painted the whole damn thing and it looks gorgeous! Even better than when it came from the store. I love that my crafty nature came to the rescue. 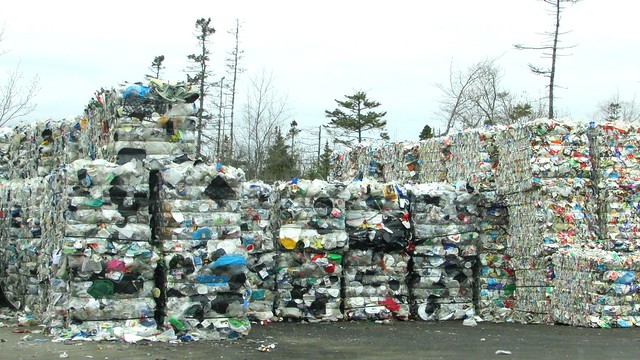 Oh the beauty of going to drop off old paint cans and batteries at the recycling plant which is only open on Saturdays and not on the May 24 weekend! As a result we sat in the car in a long line waiting to get rid of a ton of crap. 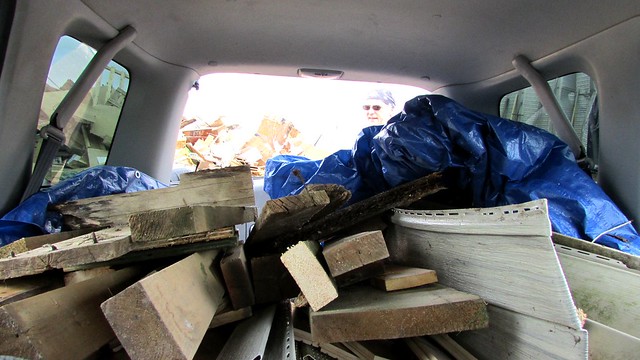 Here you can see Reg hauling out all the other crap the previous owners had left in our home! We found an industrial recycling centre and did the responsible thing. Drove the hell way out of town and paid $11 to get rid of all of it. 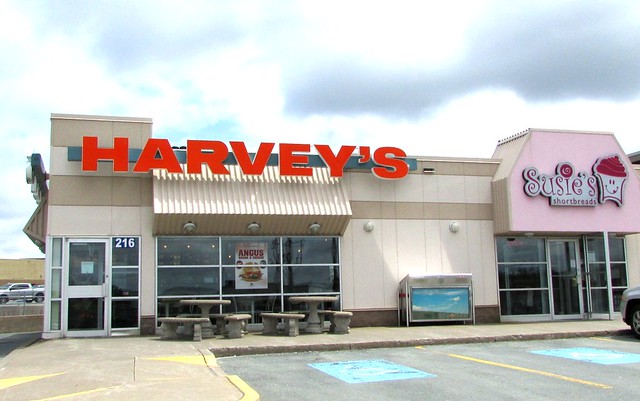 When you are out doing this kind of work, you are a foodie slave to the takeout world. We are on a strict budget so we went to Harvey’s at Bayers Lake for lunch. 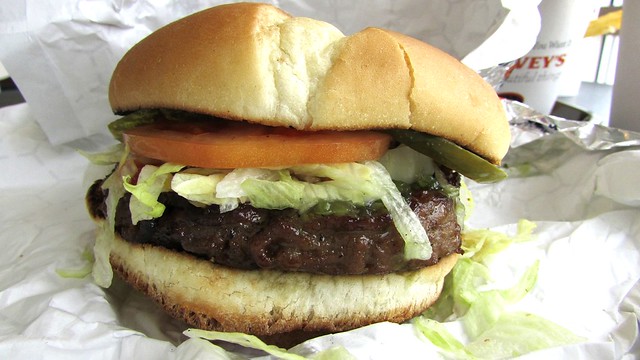 I got the Angus burger and it was awesome! I have not been to Harvey’s in years and I love their burgers. Best pickles in the world! 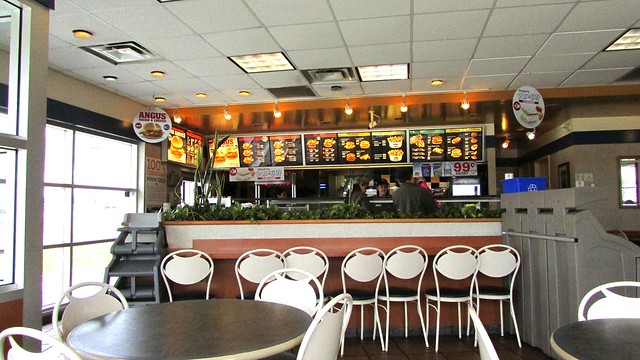 Also, their staff was so sweet and kind. Honestly, I can not remember ever getting friendlier service. 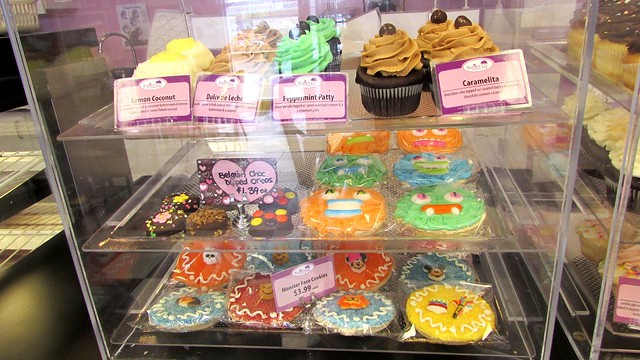 Having Susie’s Shortbreads next door was a strategic move. A foodie trap I gladly fell into! 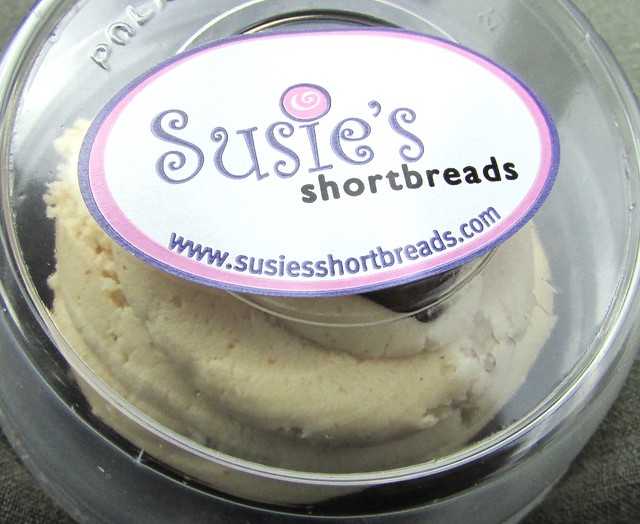 I picked up one of their chocolate peanut butter cupcakes to go and was in total heaven. So moist and delicious, seriously, I love this cupcake.

Reg was good and did not indulge which was impressive. Me? I knew it was probably the last time I got to have one of their cupcakes and did not want to say no. 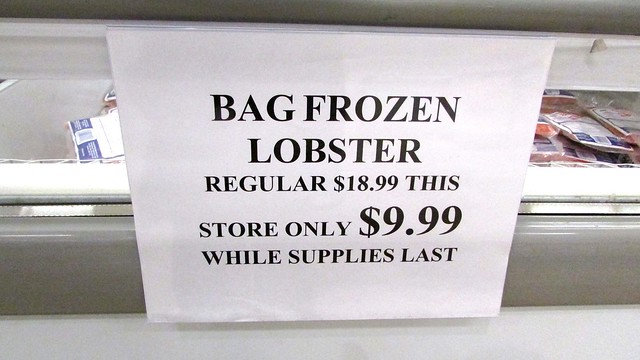 With home staging around the corner, I knew that I would have to consume certain foods earlier rather than later. I had this big bag of frozen lobster and knew exactly what I wanted to do with it. 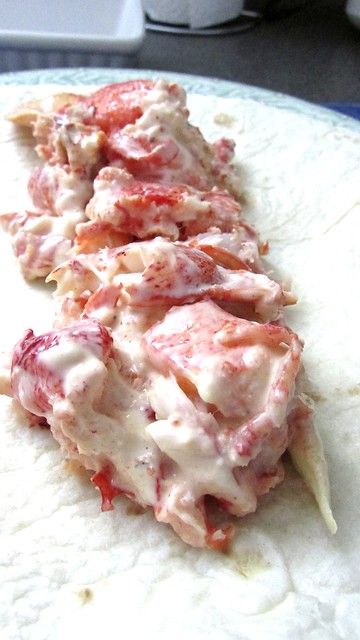 I made a HUGE lobster wrap! Talk about East Coast decadence! Dang, it was so good but it was very smelly so I made the right choice. Happily.

Yes, I wanted to do a fabulous dinner with it one day but right now is what I am currently facing. Change is here and this is only the beginning of my foodie naughtiness! Much more to come.