You are here: Home / eating out / The Naughty Foodie & The Truth About Selling A House Part II 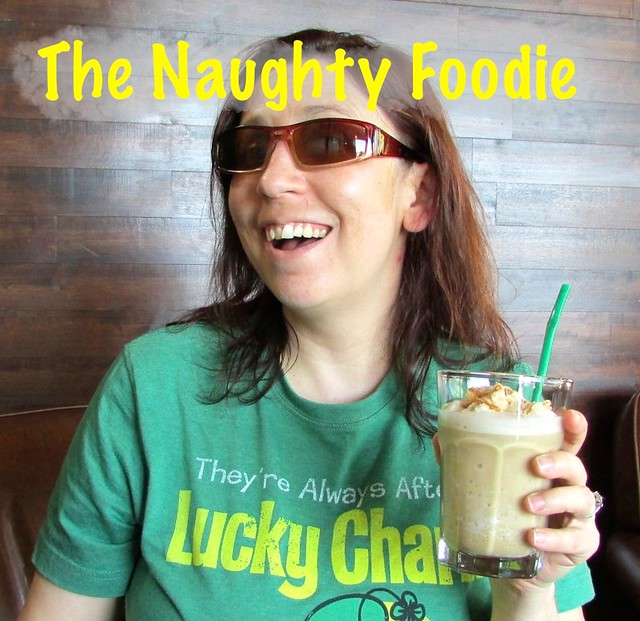 Here begins the home-showing odyssey… at Starbucks! We had three viewings on a Saturday so we had to be out of the house all day. I began with a non-whipped cream version of a hazelnut frappuccino. Ugh, terrible! Hmm. I was going to have to come up with something else at Starbucks that I liked because it was a great place to hang out while strangers are trolling your house.

Baking for the unknown 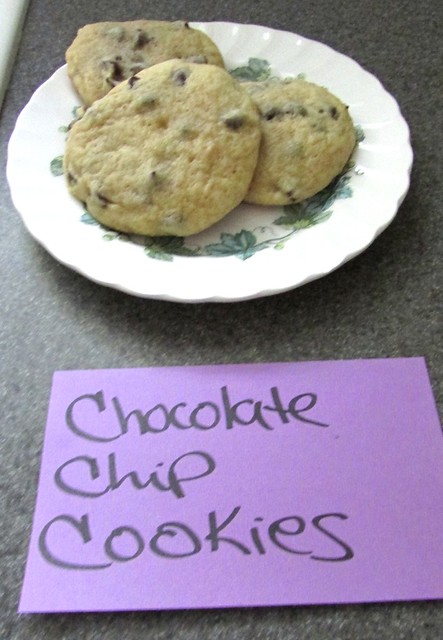 I always have cookies out waiting for people to snack on and enjoy in my kitchen before we leave the house. 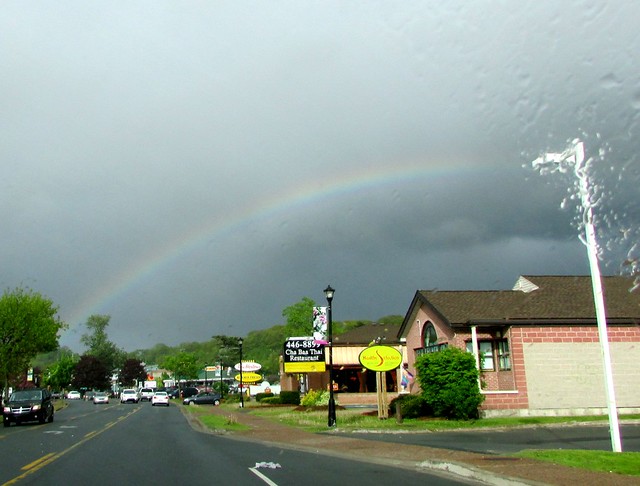 On this particular day there was a rainbow over our neighbourhood on the way home. 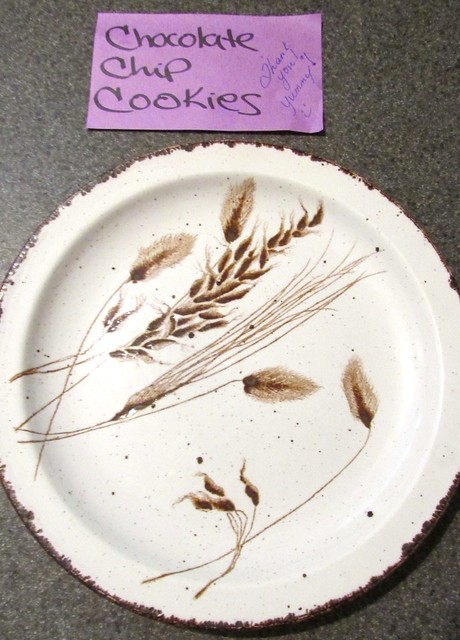 Cookies were gone and a sweet “Yummy!” thank you note was waiting for us. 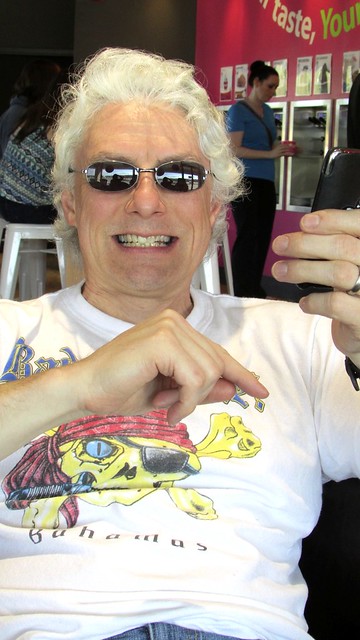 Another place we have been hanging out has been Yeh! Yogurt. Free wifi and it is close? Why not? 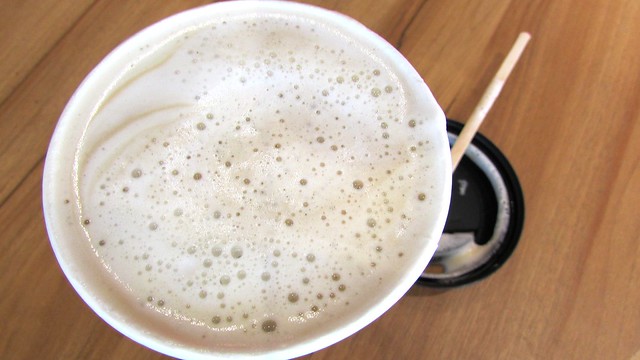 FYI: if you get a mocha, you are probably going to have to add sugar. Also, I think we are the only people who have gone here that have ordered coffee. It takes a while for them to make but then we are not in a rush these days. 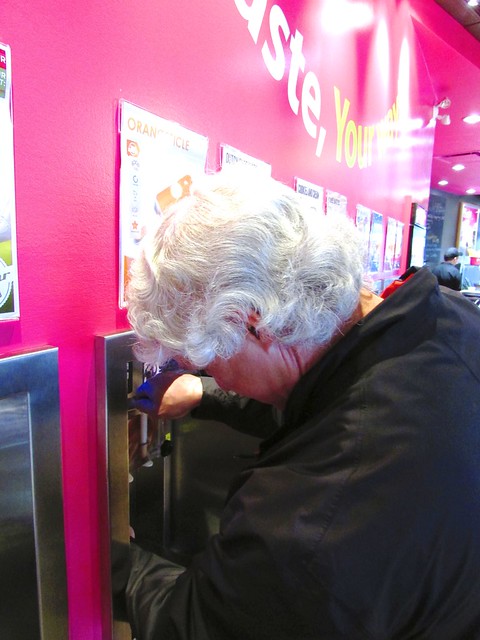 Here is Reg making me a bowl of fat-free Creamsicle frozen yogurt. 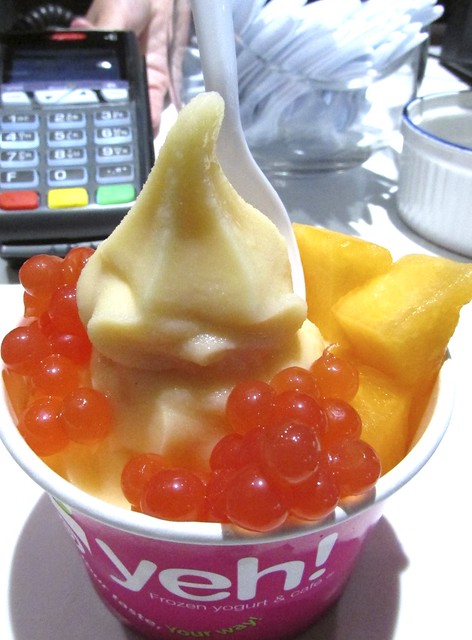 I topped it with balls of pomegranate juice and chunks of cantaloupe. Delicious! So refreshing. Still? No firm offers on the table. 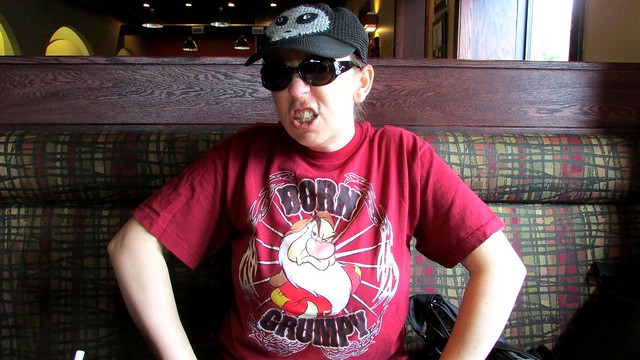 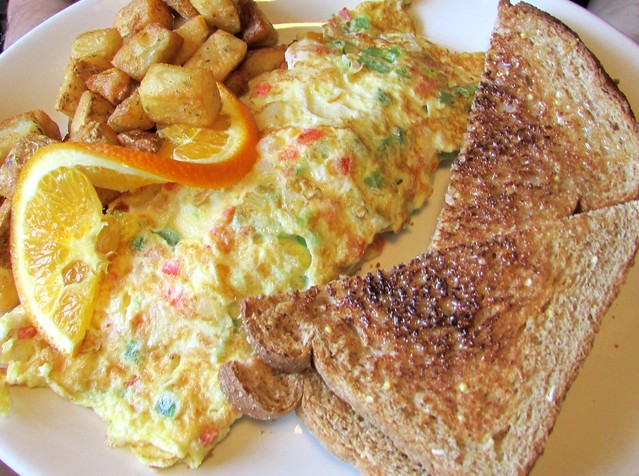 Another day of viewings began at Tom’s Restaurant, which was a little decadent for us. Reg ordered a Greek omelette with toast and hash browns. 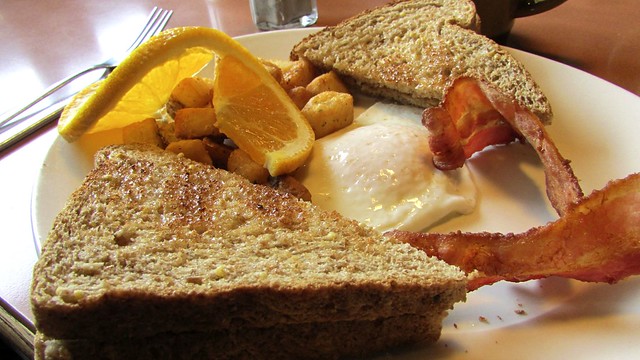 I got a basic egg, toast, bacon and hash browns breakfast but… 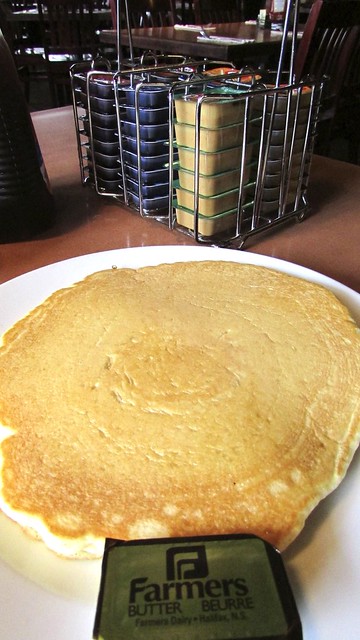 Also ordered a pancake on the side. I love their pancakes! 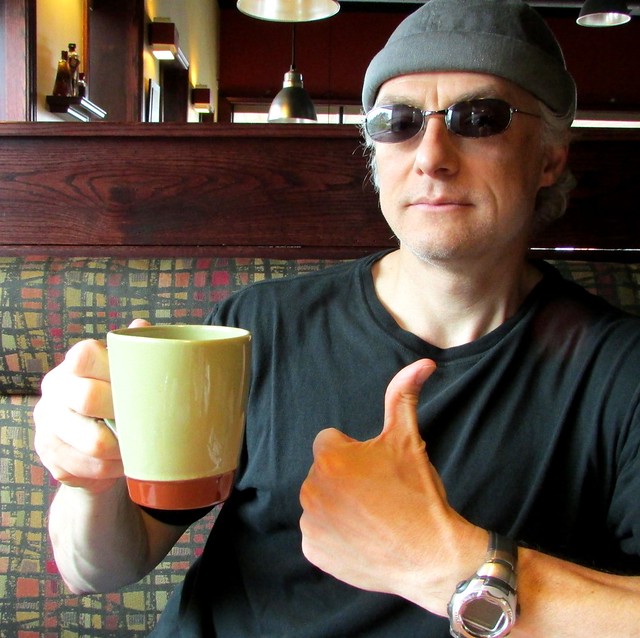 We had another showing that night so after breakfast we went back home, tried not to disturb anything and then went out again. 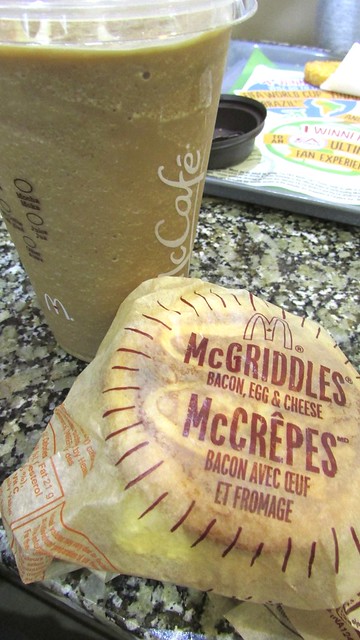 We had another morning showing and I realized, damn, this is getting expensive. So we picked up a cheap breakfast at McDonald’s and I of course had to get a snack-sized McCafé Coffee Iced Frappé. So good! 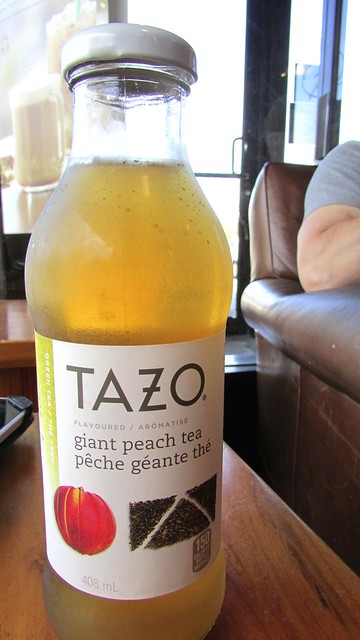 I wanted to try Tazo’s Giant Peach Tea. I thought it would be refreshing and less expensive. I knew that there would be green tea in it but I was not expecting the ginger. Which dominated everything! No, not for me. 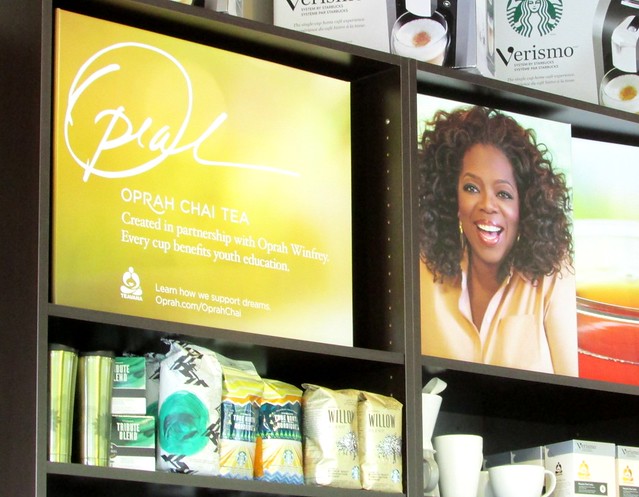 I saw that there was a new Oprah Chai Tea line at Starbucks which intrigued me, especially when I found out they make a donation to the Oprah Winfrey Leadership Academy Foundation to benefit youth education. 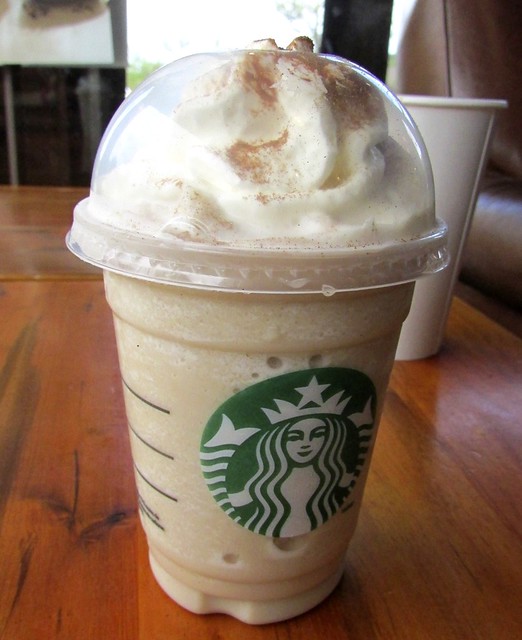 I ordered a frappé version of the chai tea first which I forgot would contain a million calories because it is made with whipped cream. Ugh! It tastes like a pumpkin pie milkshake without the pumpkin. Quite delicious but way too decadent to be having all the time. 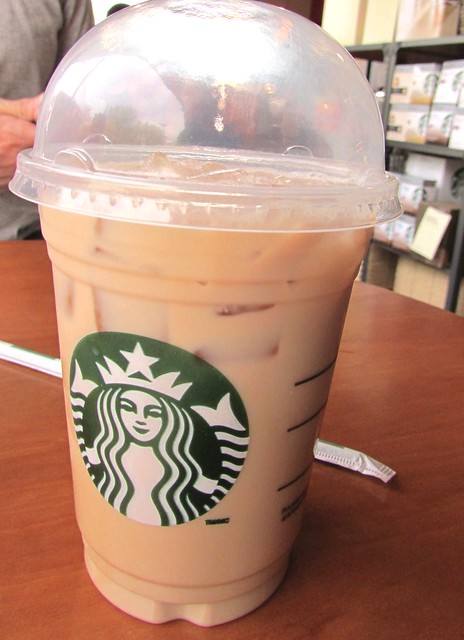 The next time we went I ordered an iced tea version and blech! It tasted like milk flavoured with pumpkin spice. I detected zero of the loose-leaf black tea and rooibos. Sigh… Guess it is bottled water from now on at Starbucks. 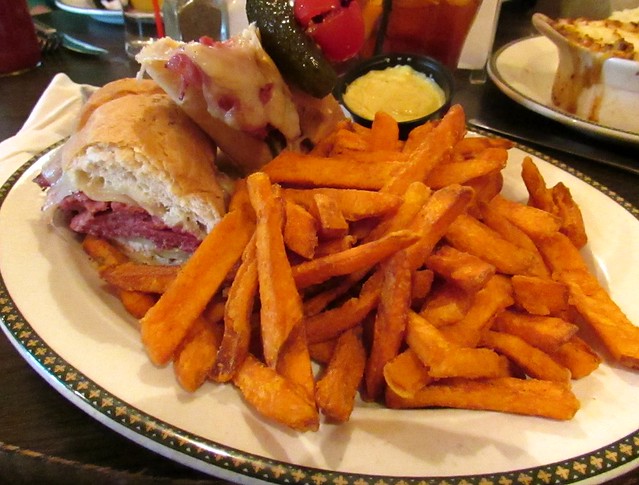 In two weeks we have had 11 showings and we are exhausted. Packing up your lives and keeping your home immaculate all the time is life-sucking. So when we were invited to The Old Triangle Alehouse to hangout with our dear friends Mike and Jen, we said yes!

I ordered a corned beef sandwich with sweet potato fries. They forgot the mustard (how can you have corned beef without the mustard!) and I had to go to the bar and request some so I was not super happy about that. 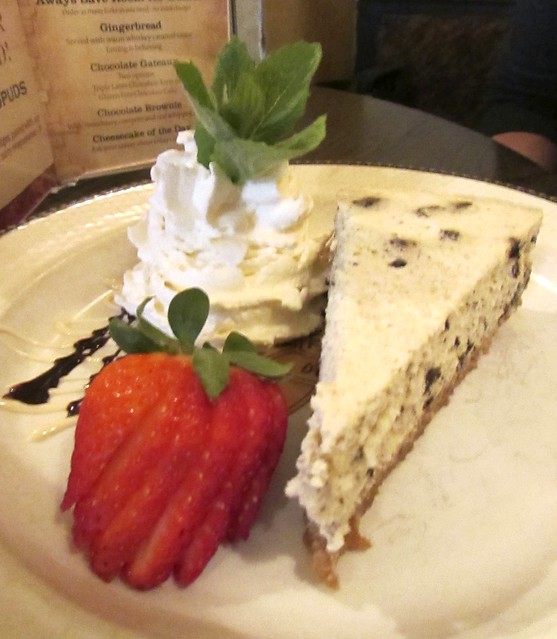 But the Oreo Cheesecake made up for it. Yum! 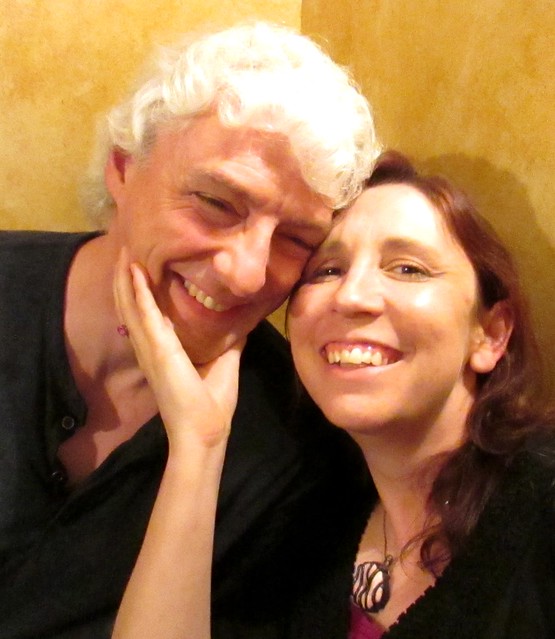 It was awesome to leave the house for fun and friends instead of trying to sell our house, definitely what we needed. 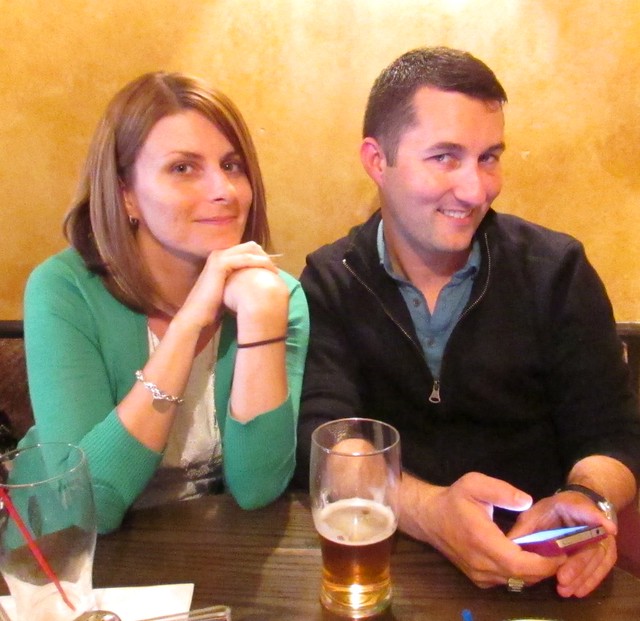 Even more it was fabulous to hangout with Mike and Jen who moved away a year ago! Oh how we have missed them. 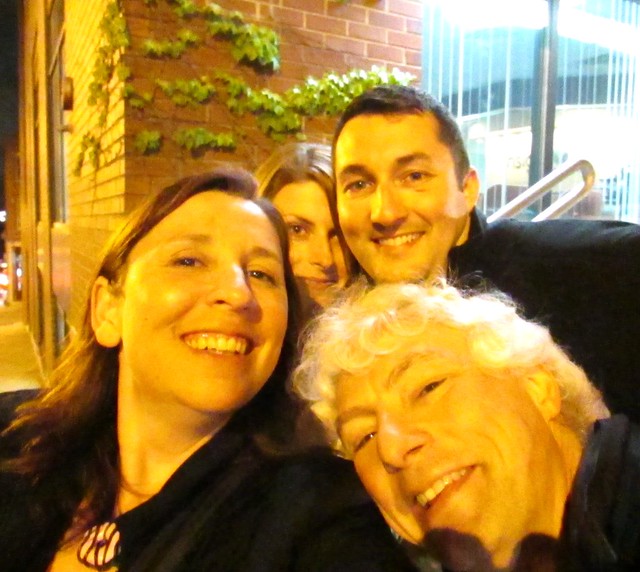 Ironically they stayed at the same hotel we all stayed in when we moved to Halifax from Vancouver Island. It was our home base for house hunting back then and Mike and Jen were there for us when we went through that struggle too.

Eleven home viewings and I am sure many more to come. This lifestyle is getting very expensive so I anticipate eating sandwiches in our car in empty parking lots soon but it has been a treat to get out for so much awesome food. It is just time to turn it down several notches.

Being a naughty foodie is only fun when you want to be. Having to be one gets very old, very fast.

May our house sell soon!