You are here: Home / eating out / The Naughty Foodie & The Truth About Selling A House Part III 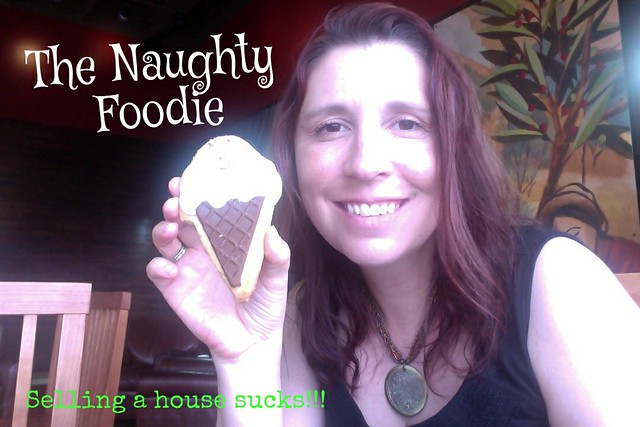 It feels like we have been spending more time out of the house than in it, dashing out for home showings at a moment’s notice. I have tried to embrace it but we have passed the second month of being on the market and I am now in the “selling a house sucks” frame of mind. 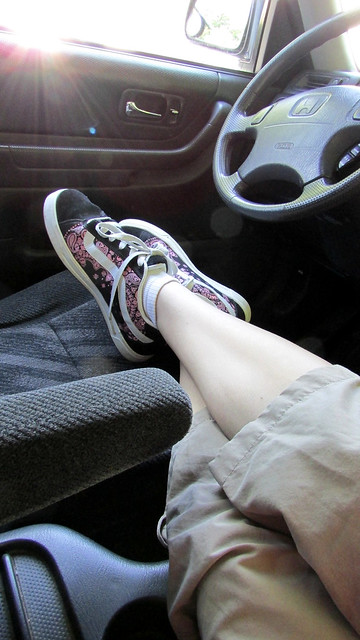 It was not too bad when it was cool enough for me to sleep in our car while Reg took guitar lessons inside. People love to come see houses on Sunday mornings. What is wrong with those people?! 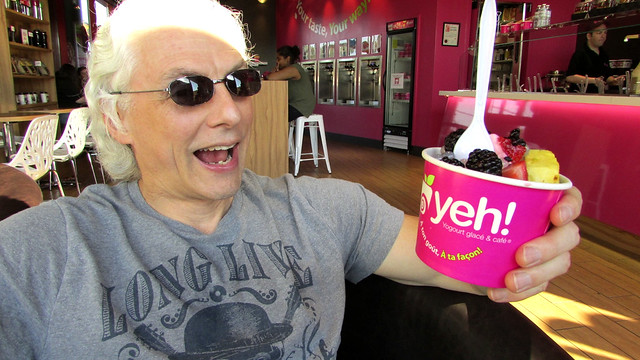 A place you had fun going to can turn into a pink hell. Suddenly your mindset of a “treat” transforms into “a large expense” (Reg’s yogurt and fruit was over $10). Having to sit through non-stop teeny bopper music was almost enough to almost push Reg over sanity’s fragile edge. 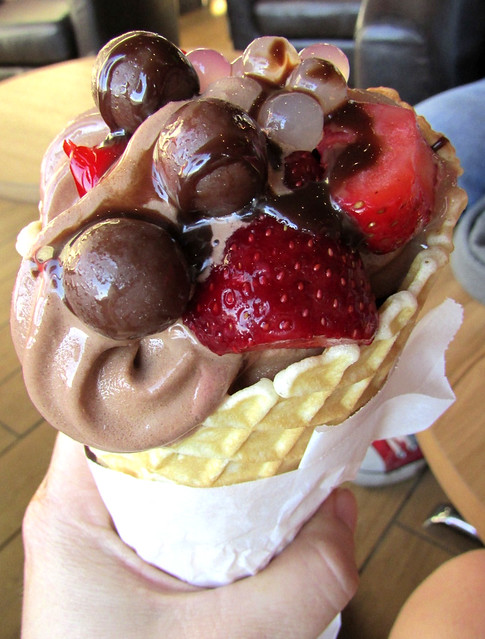 I was looking forward to trying the waffle cone at Yeh! Yogurt and Coffee so I finally caved and it was the worst waffle cone I have ever hard. Chewy cardboard that was inedible. After sitting in the yogurt bar for a while, the smell of the cooking waffles cones went from being a pleasant experience to nauseating. I ended up throwing mine in the garbage. Needless to say, I do not think we will be back. 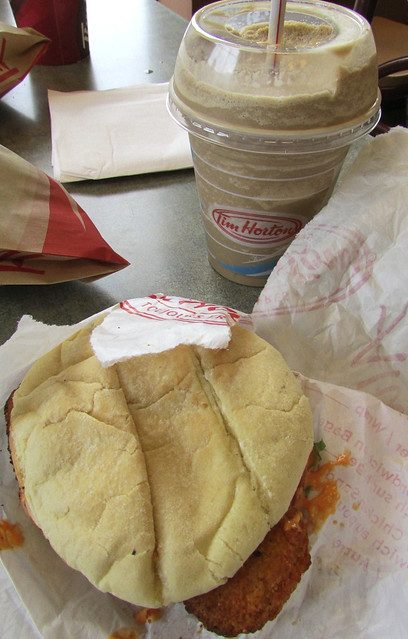 You start to try new things to eat because you’re so damn bored and end up with a Crispy Spicy Chicken Sandwich from Tim Hortons only to realize that it is way too damn hot for your sensitive palette. Ouch! Thank goodness for Iced Capps. Of which I have had way too many. 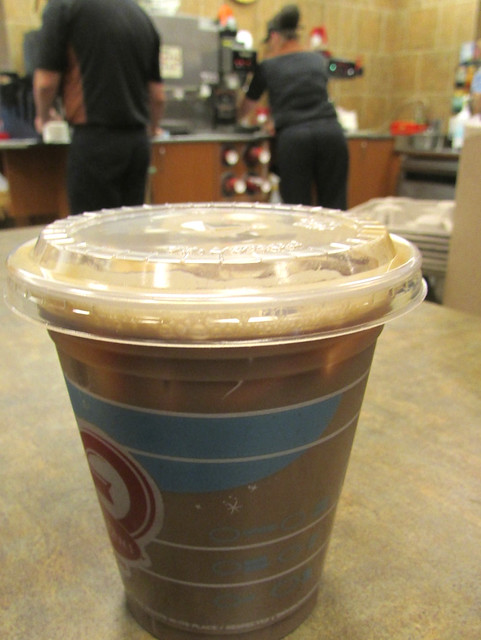 I tried Tim’s Iced Chocolate Latte which is premium Espresso with chocolate milk and chocolaty syrup” (yeah, I gave up on my no caffeine-regime during the house-selling madness) and it was a bit weird but tasty. 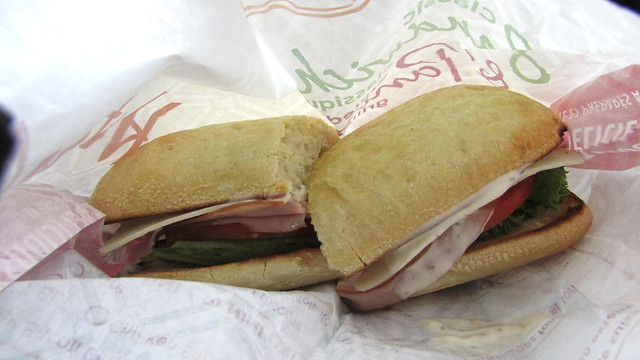 One time I ordered the ham and cheese sandwich only to discover after we picked up our food that the restaurant was completely packed with people. 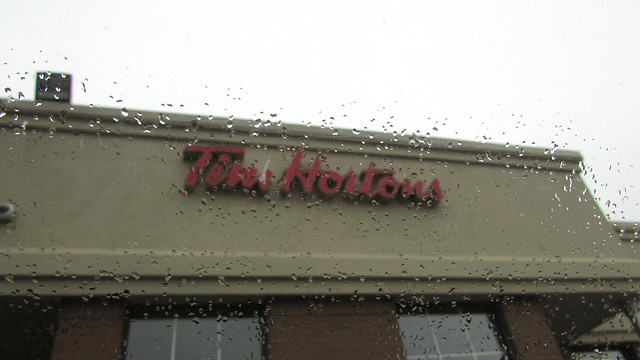 We went out to the car to eat our food, killing time. 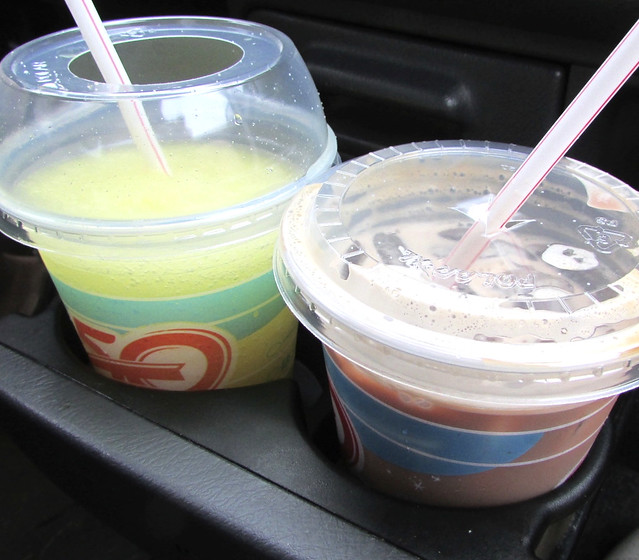 All of these items I would have considered a treat not that long ago but now I am really just sick of it. 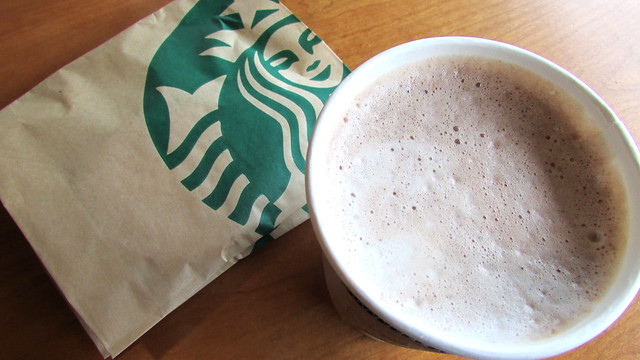 Thanks to the rain it cooled off so I got a hot chocolate and a treat at Starbucks. 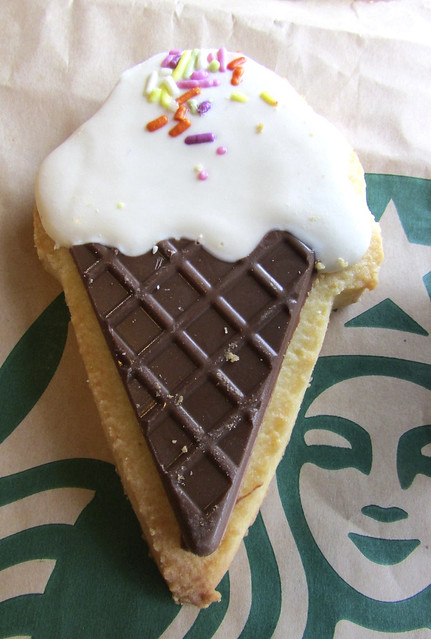 I could not say no to an ice cream shaped cookie! Which I really did not end up liking but it cheered me up a little, nonetheless. 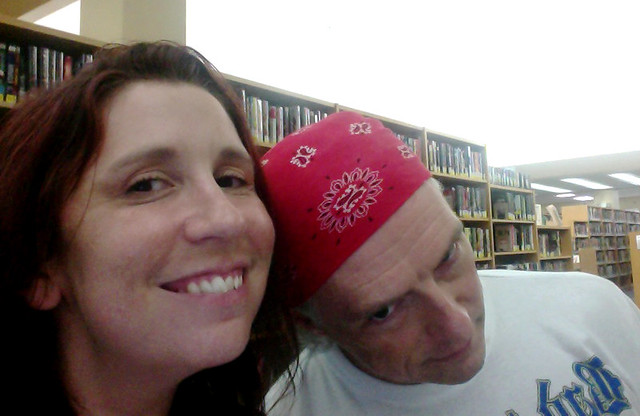 We drove home only to realize that there were people still at our house so once again, we drove around the neighbourhood and this time ended up at the library. As you can tell from Reg’s expression, we are exhausted and pushed to our edge from this experience.

It is exhausting, expensive and unhealthy. Well over +20 times we have been out of our house, wandering, wasting time until we can go back home again. I am feeling more at home in the car than anywhere else which, as a non-driver, is weird.

So that is the truth about selling a house when you are a foodie. The food just is not going to be good as yours and you will not be able to prevent yourself from comparing. You will know that you could make the same food for half the price and so much better. Still, I am grateful to those who have kept us alive during this odyssey.

But please, no more Sunday morning showings, OK?! You freaks!