You are here: Home / British Columbia / The Quest for Food on Grouse Mountain 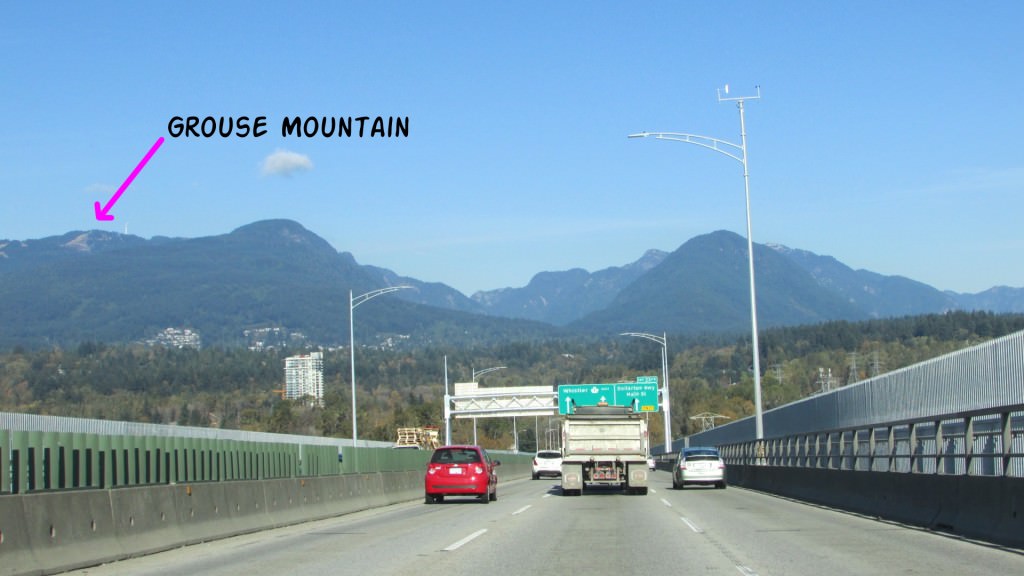 See the windmill at the top? Yup, we went there!

Reg and I could not be together for our anniversary so when there was the most unbelievably beautiful weather yesterday, we decided to go for an anniversary adventure and go up to Grouse Mountain. 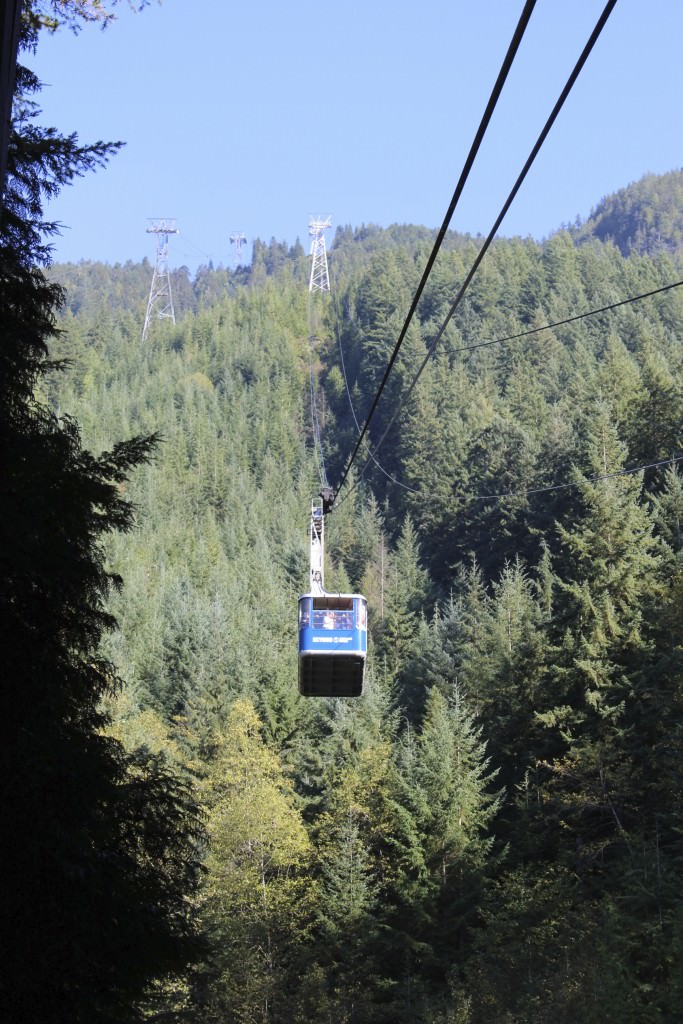 You either have to climb the Grouse Grind to get up there or take the gondola. Gondola it was! The only problem? There was a three hour wait to get back down because one of the gondolas was not in service. We thought that by the time we went up there and did our thing the line to get back down would not be so bad. 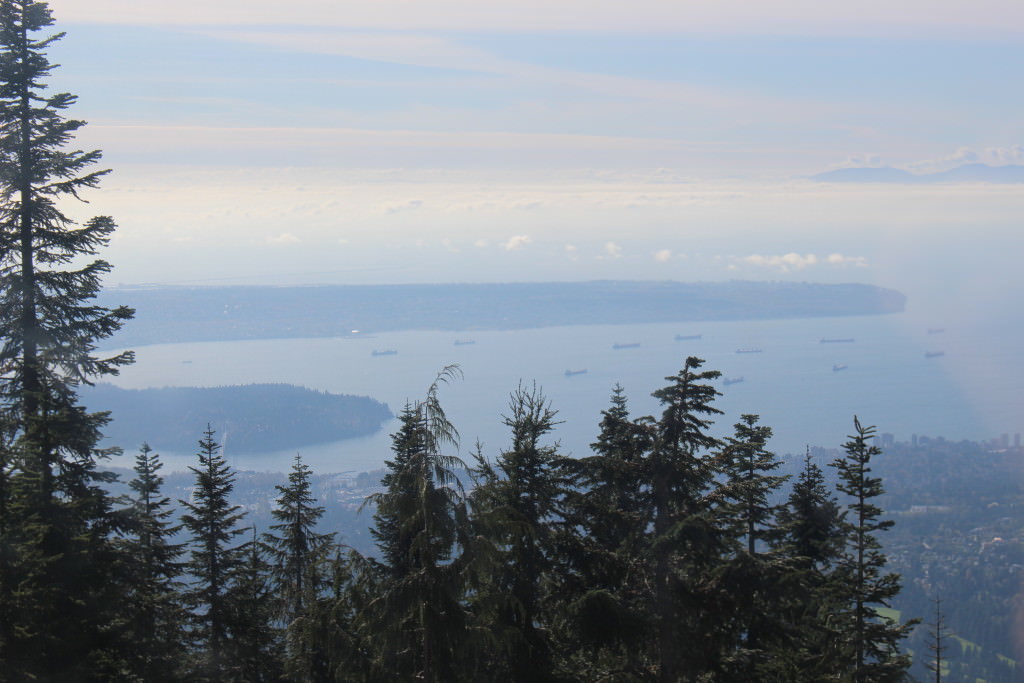 This is the view from where you get off the gondola. That is UBC jetting out to the right and in the distance to the far right you can see Vancouver Island cloaked in clouds. Those are cargo ships all over the harbour and what looks like an island on the left is actually Stanley Park. 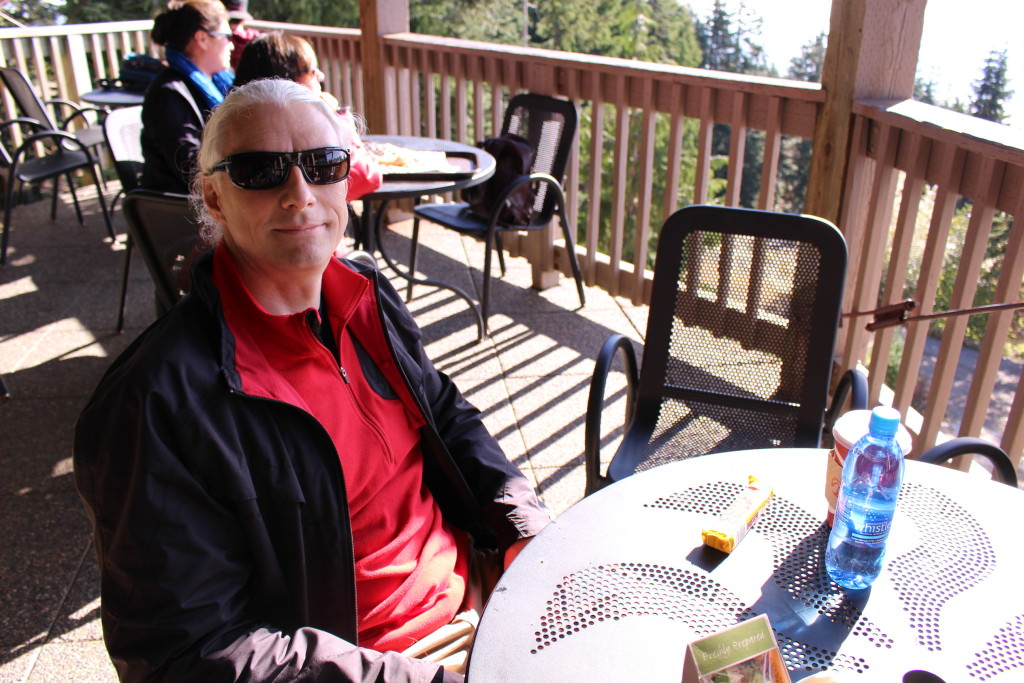 I did not want to start doing things and get hungry so I immediately picked up an egg salad sandwich, hot chocolate and coffee crisp right after we docked. Sadly, the sandwich was dry and pretty horrible and the hot chocolate tasted so weird I threw it out. Going to the bistro was out of the question since we had never seen so many bad reviews for a place anywhere before. Dang. So far this was a foodie bust. 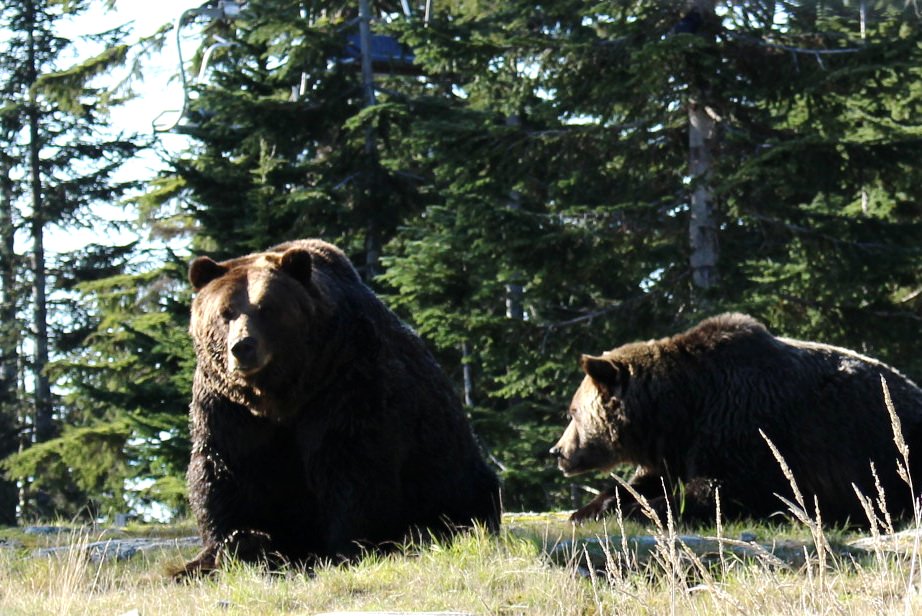 But then seeing Grinder and Coola hanging out in the wildlife sanctuary took my foodie pain away. I absolutely love bears so this was such a treat and from the looks of things, they had their own pumpkin treats earlier that day! 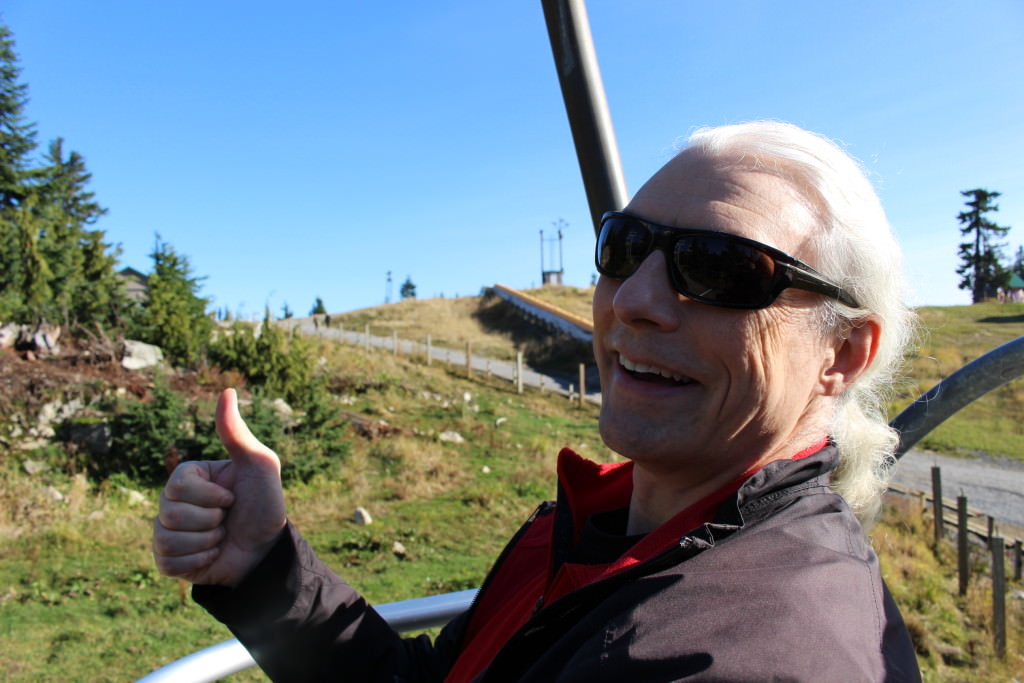 We decided to take the chairlift to go even higher which, at the time, I thought was a fun idea. 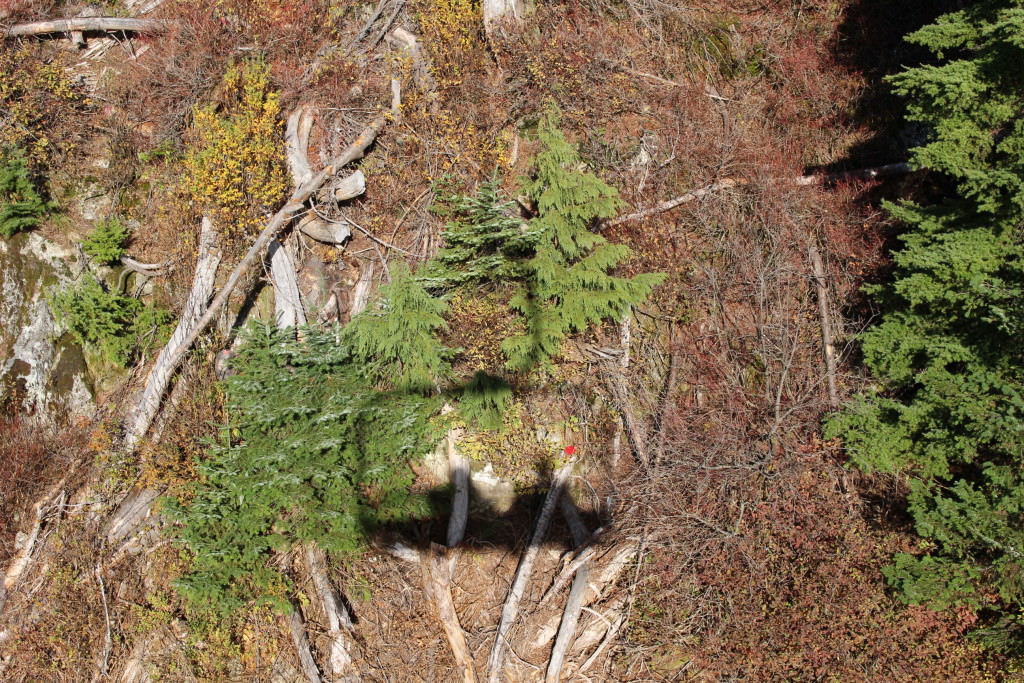 Then we started our ascent and I was stricken by a panic attack! I am continually shocked that I have any form of vertigo but apparently it is hereditary from my mom’s side of the family. 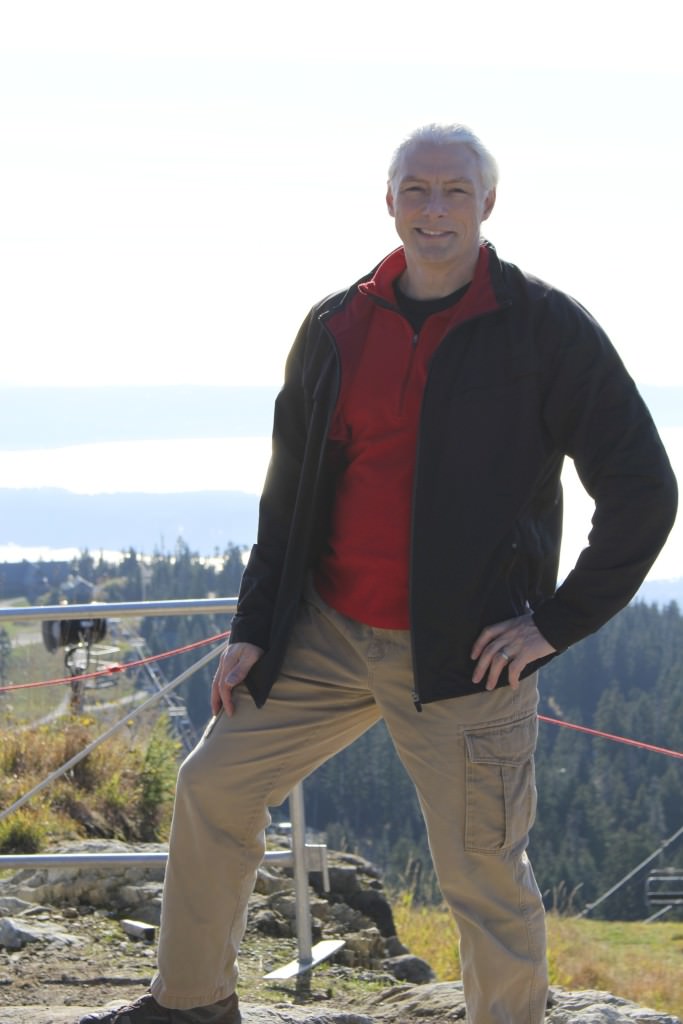 We made it to the top and the view was breathtaking! 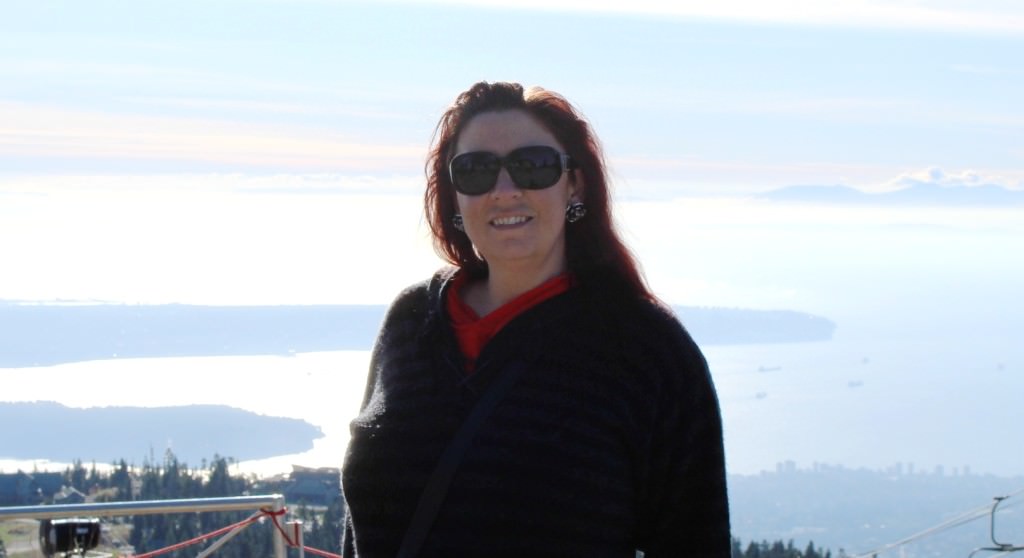 I honestly thought about hiking down the hill instead of taking the chairlift again! 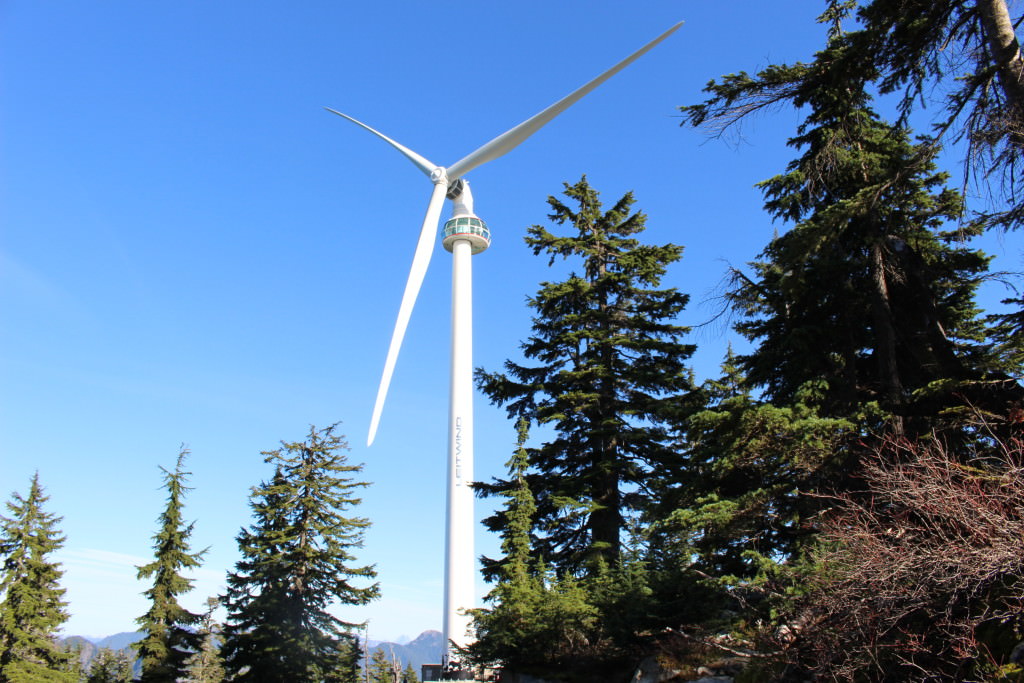 You could climb the wind turbine for an extra fee but I did not want to push my luck and discover I am claustrophobic too. 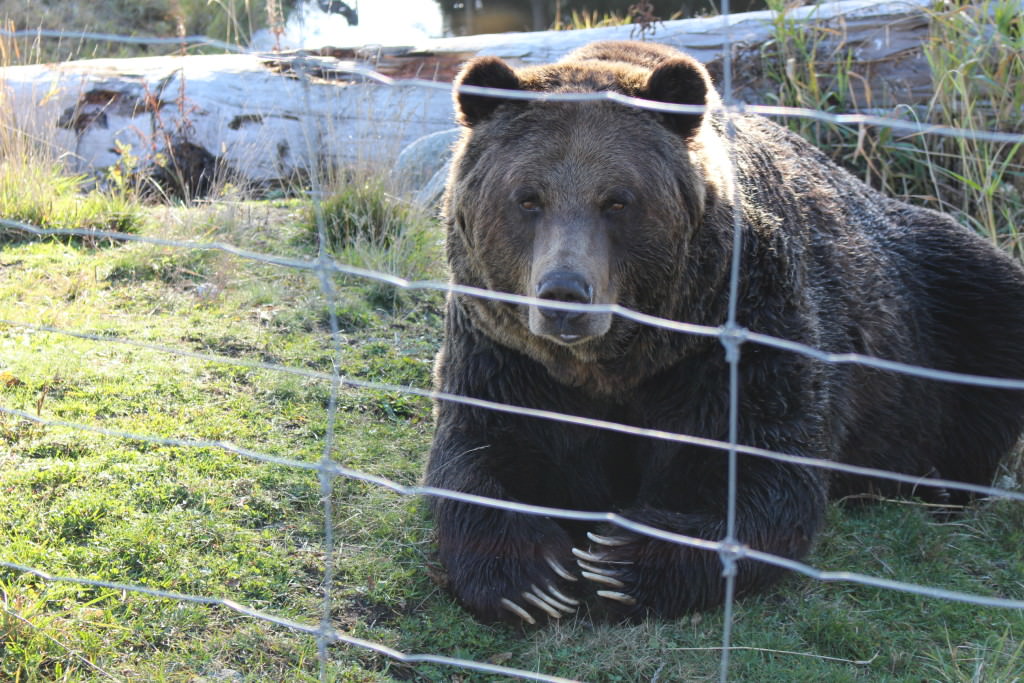 I agreed to take the chairlift down but wanted to visit with the bears one last time. 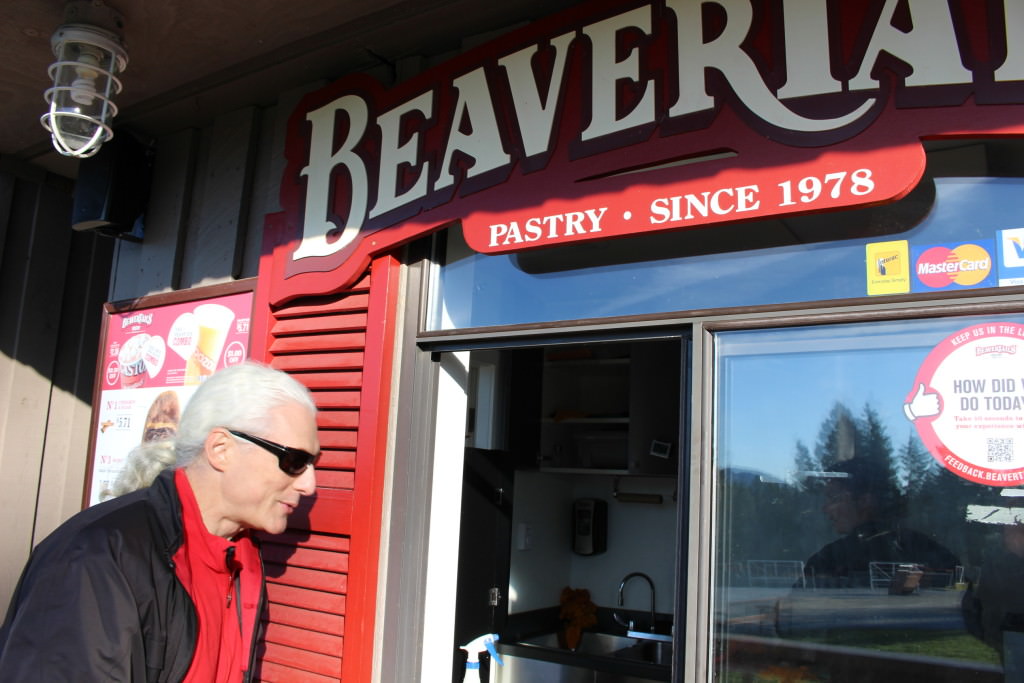 Reg reminded me that there was a Beaver Tail stand that we missed so we walked over to get a treat. 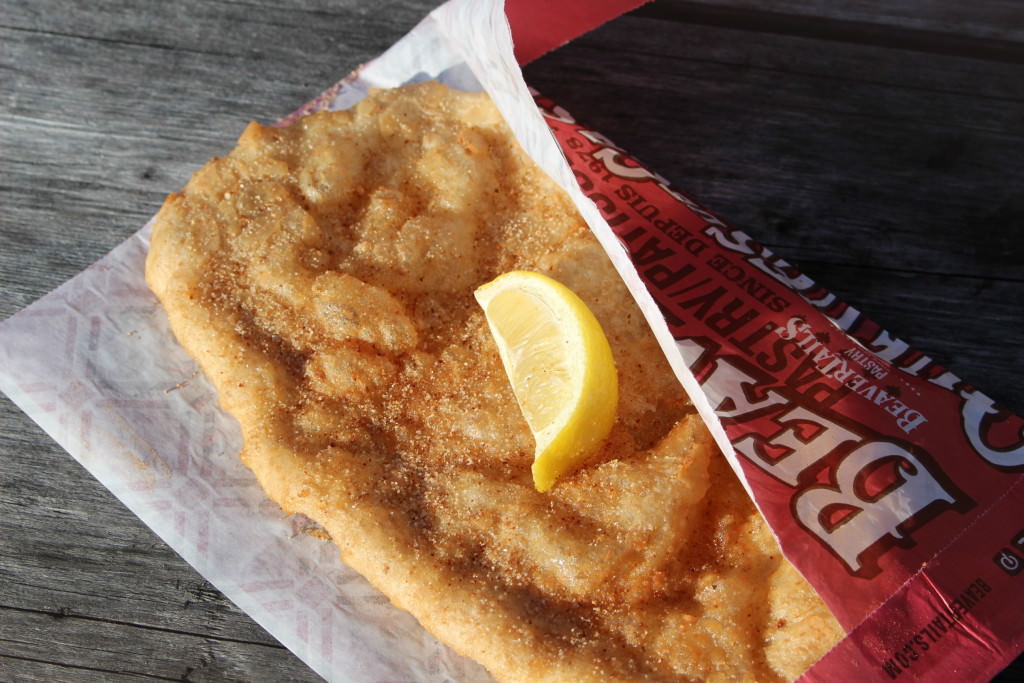 We of course ordered a Killaloe Sunrise each! Deep fried pastry with sugar, cinnamon and fresh lemon juice. It crunched and disappeared in our mouths and finally we found foodie heaven on the top of the world! 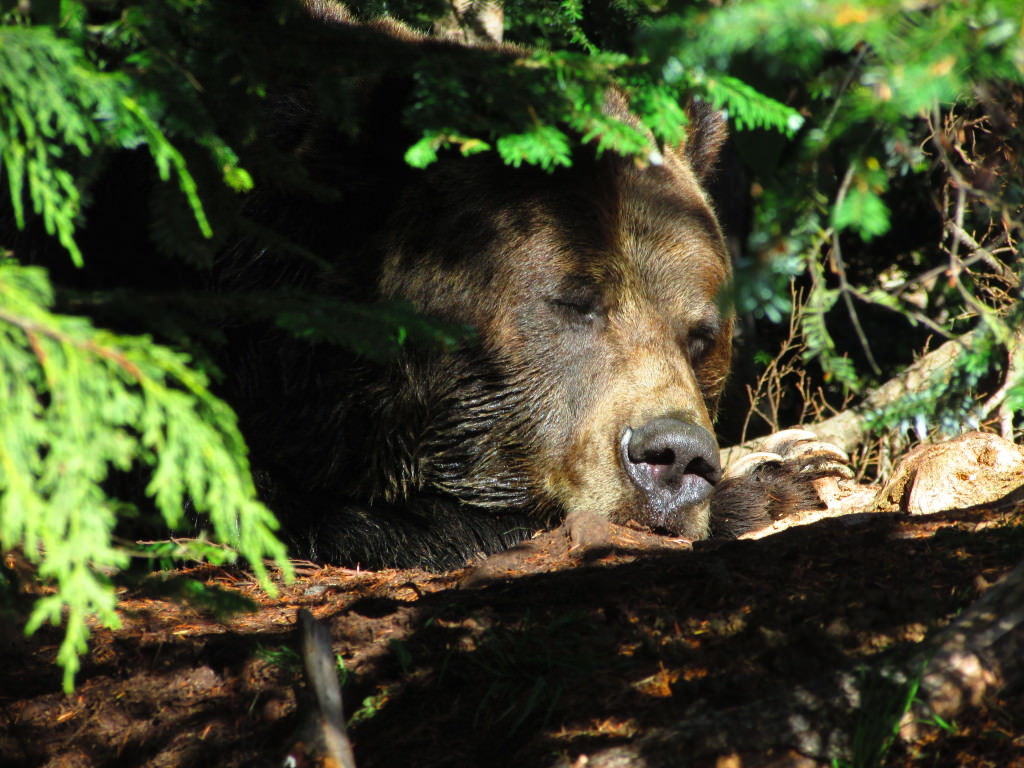 The hardest part of the day was getting back down to the base of the mountain. We ended up waiting an hour and a half which was tough for me to do but I managed.

We stopped by the wolf sanctuary but the sun had slipped behind the mountain and they were off hunting. Another good reason to go back to Grouse Mountain but next time? I am packing a lunch!