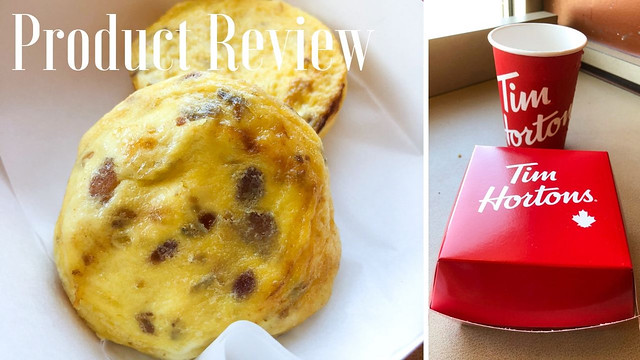 Thanks to a Twitter friend I found out that Tim Hortons had omelette bites available for a limited time. As someone who is a fan of Starbucks’ sous vide egg bites I just had to go and compare them. 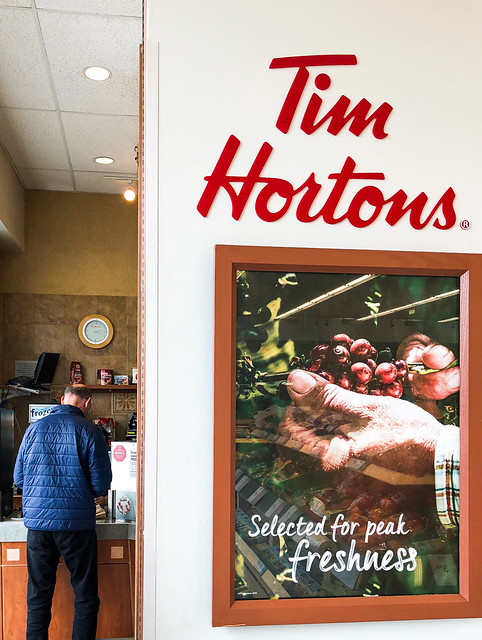 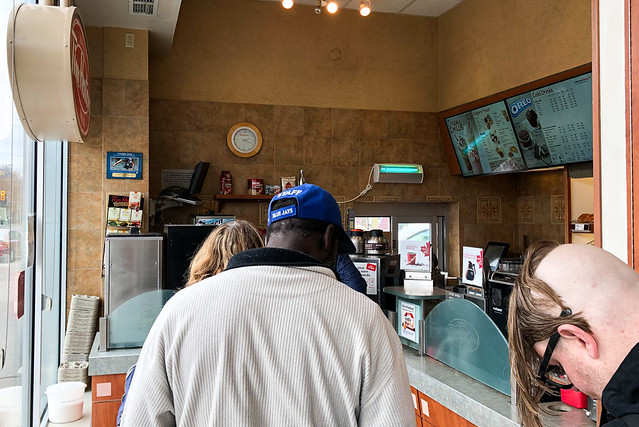 They aren’t there! Damn it! 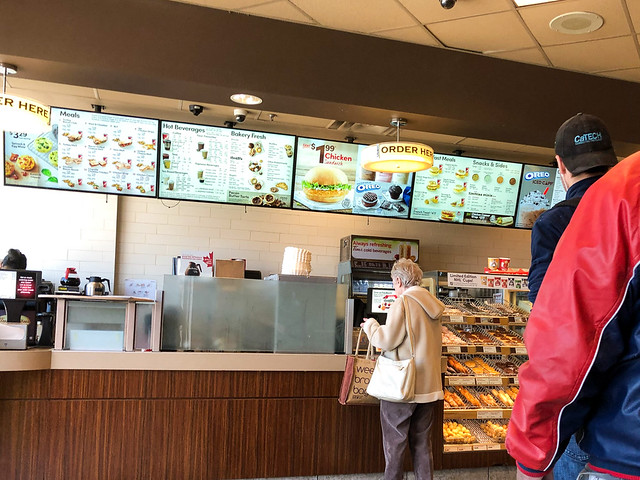 I had to go to one of their restaurants to order them. 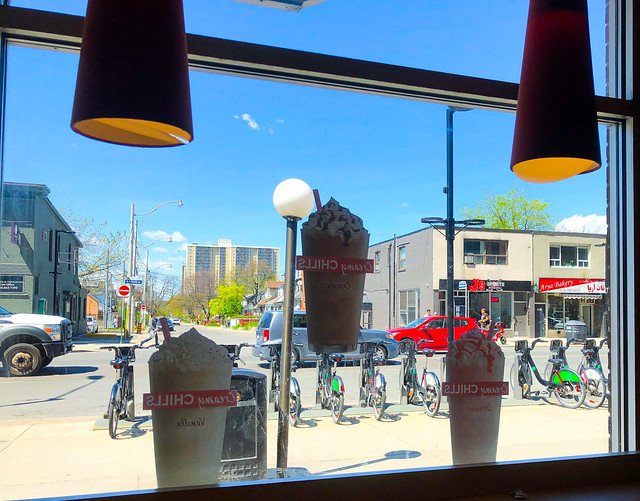 I am working my way up to cooking food for myself but my insomnia has been brutal lately and it took all my energy just go get out on this gorgeous day and order lunch.

This location is always super packed so I showed up at 2 pm in between the lunch and after school rushes and it worked great. 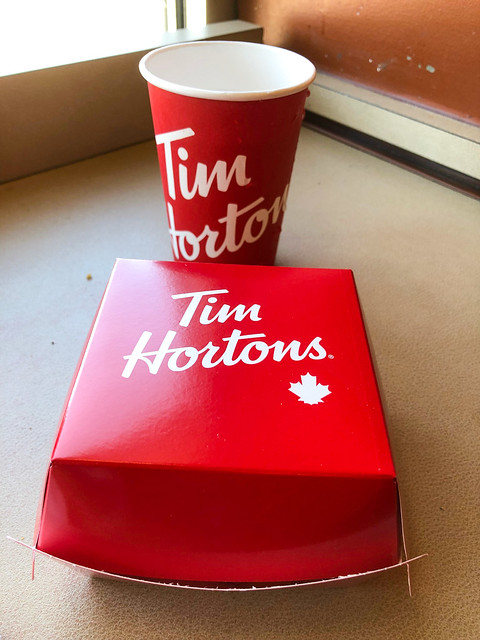 I ordered the bacon and cheese omelette bites which were $3.29 and came to $3.45 with tax. I wanted to go on the cheap so I just got a water to go with it for lunch. 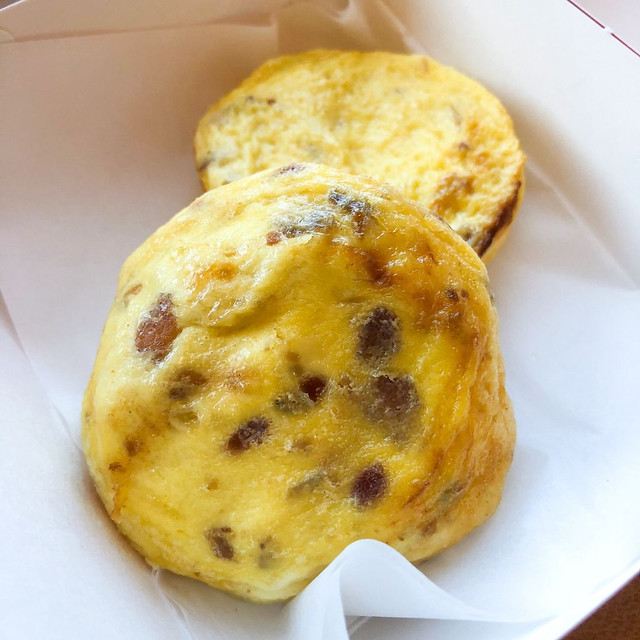 Instead of having the bacon across the top Tim Hortons has the bacon chopped inside which makes for much easier eating. 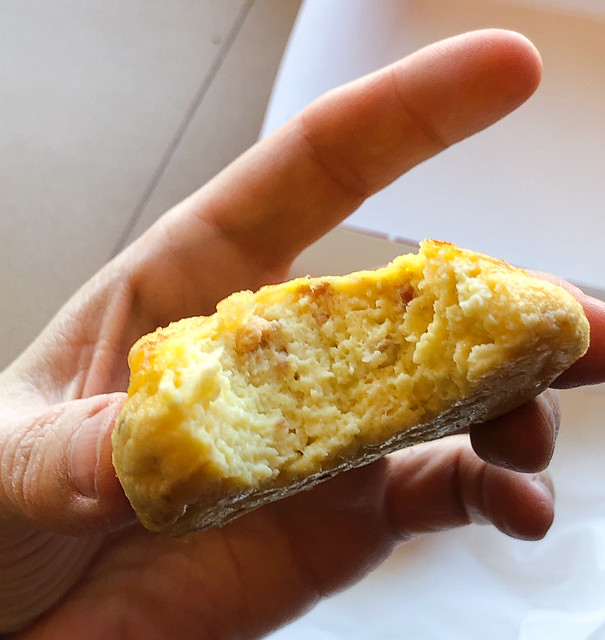 Especially since they do not give you a fork to eat these with! Weird! As a result, I ate them my hand. The bacon and cheese was is very tasty but quite salty. The texture is not as good as the Starbucks one and I believe is a tad smaller but it is a lot less money. I liked this one and would definitely get it again although it is quite rich. 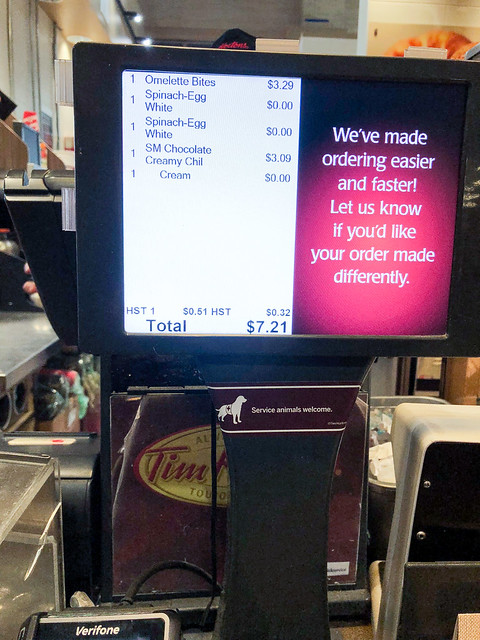 I had to get tests done at the hospital so I decided to swing by the Tims there and sure enough, they had a full menu available including the omelette bites. 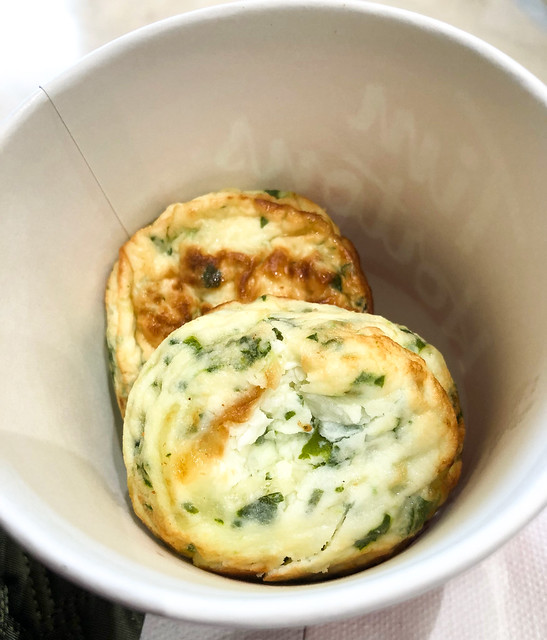 This time I got the healthier choice and choose the spinach and egg white. 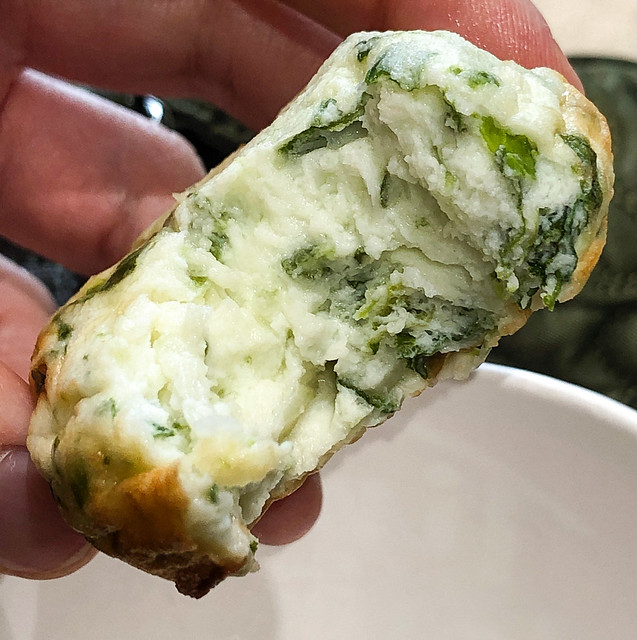 Damn! This was delicious! By far my favourite bite out of all of them but then I adore spinach. I am also biased because I prefer spinach to red pepper by a lot but this was really flavourful, moist and delicious. I was shocked. I really did not think I would like it at all! Now you have to like spinach to like this one so if you are not a fan, stick with the the other ones available. 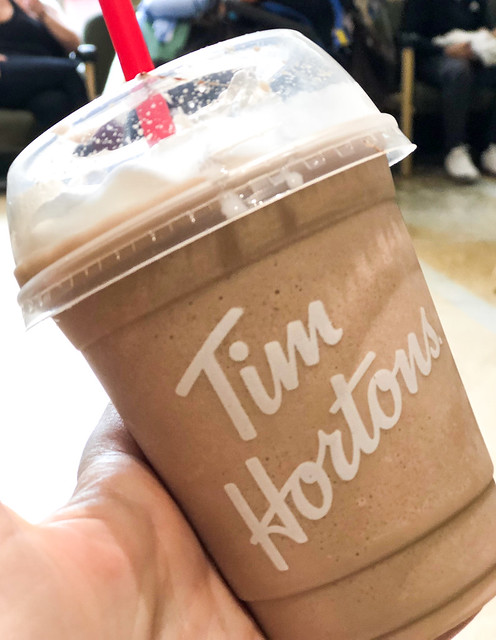 I was healthy about my lunch so I decided to be a bit naughty with my dessert and ordered Tims’ Chocolate Chill. 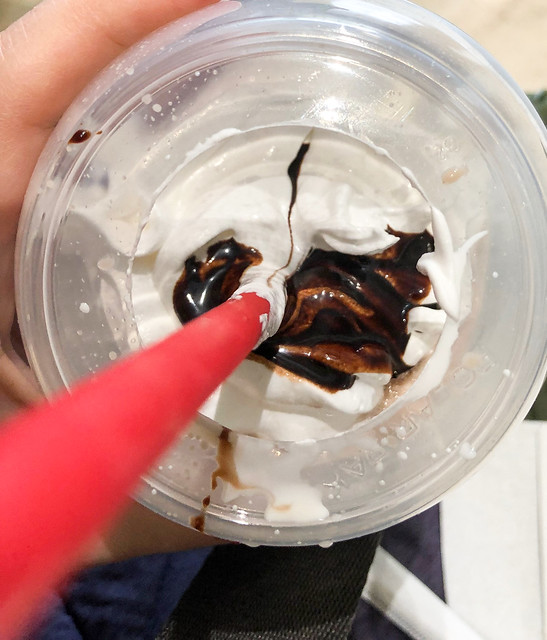 Not exactly as pretty as advertised and damn it I forgot my straw at home but I have to say that this was a very refreshing and delicious drink. It is not as thick as a milkshake and not as thin as an iced capp but is right in between. Easily drinkable. Too easy, yummy and sweet but not over-the-top sweet. 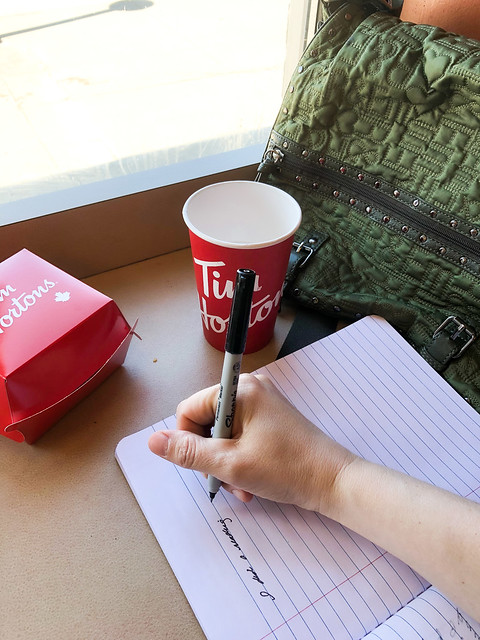 I give the bacon and cheddar omelette bites three and a half out of five wooden spoons, a little too salty for me. The spinach and egg white bites get a four and a half and the chocolate chill a three and a half. You really can not beat lunch for under $4 and the chill was a nice surprise. I ordered a small and it was still quite large, I wish they had mini sizes for people who just want a little bit. I had to throw a lot of mine away because it was just too much. Still… Fascinating!

Starbucks’ sous vides bites are a bit higher quality, better texture but they are also a lot more expensive. Honestly, I would go to Tims and save a little money. So much so I wish they would keep the bites as a regular product.

I love it when my foodie friends inspire me to try something new! It helps me get out of the house and go on foodie adventures. Thanks Lyspil Addict!