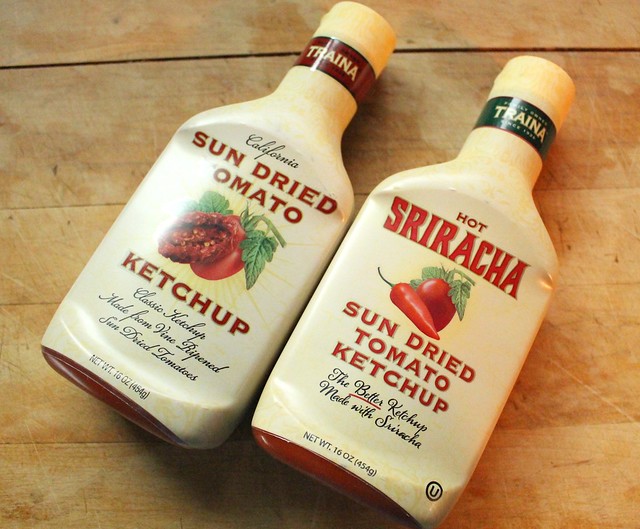 Traina’s sun dried tomato ketchups sounded so good, I had to product test them. In 1926 Traina Foods was formed by an Italian immigrant farming family that brought their tradition of sun drying fruits and tomatoes from Italy to the San Joaquin Valley of California. I loved the idea of a ketchup being made with sun dried tomatoes, and a spicy version made with Sriracha? Yes please!

“It takes 16 pounds of fresh tomatoes to make one pound of sun dried tomatoes. That means, every bottle of our California Sun Dried Tomato Ketchup, packs in the equivalent of over four pounds of Roma tomatoes!” 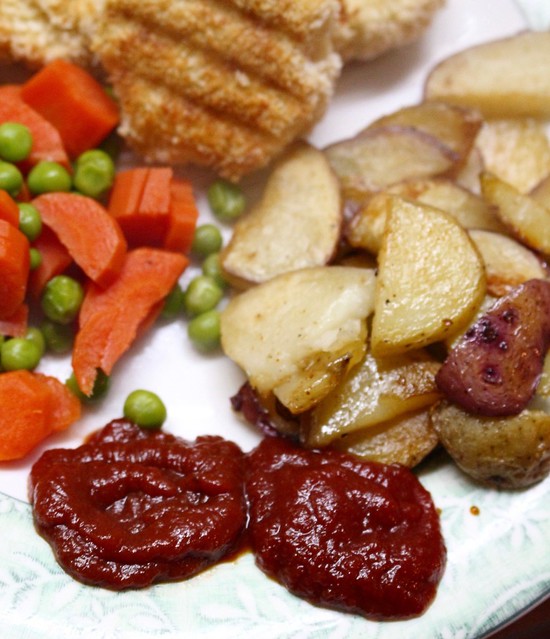 I began by testing both bottles with my homemade fish cakes. It was my first attempt at making fish cakes and they were very bland so I am very grateful I had these super flavourful ketchups to bring life to my dinner.

One thing I noticed immediately is that they were so thick that it was almost like dipping the pieces in tomato paste. Which I did not mind but Reg, who is not a big fan of sun dried tomatoes in general, did not enjoy as much as I did. That said, the spicy ketchup was enjoyed immediately. 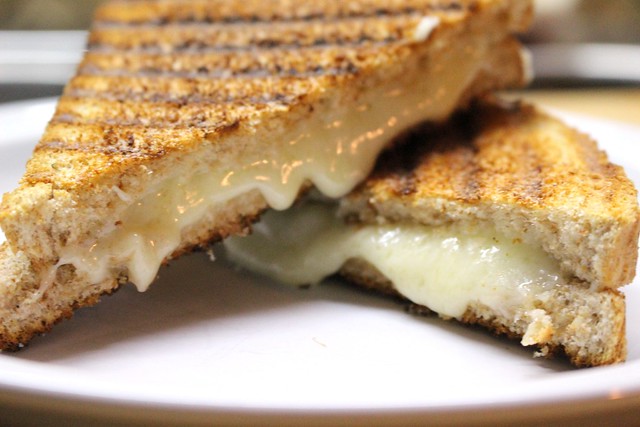 I could not review ketchups without making grilled cheese sandwiches of course! 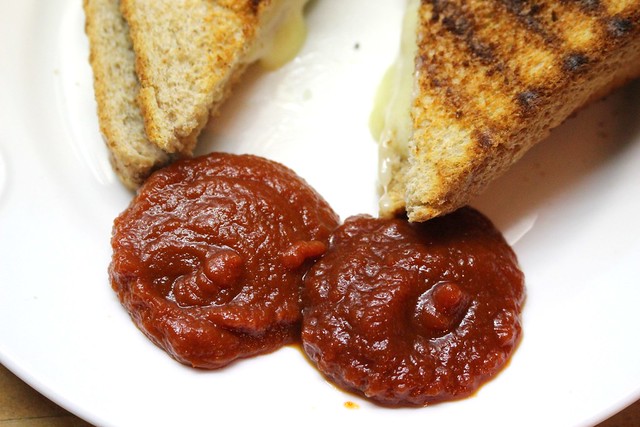 The non-spicy version ended up being a little more watery than the Sriracha but again, I enjoyed both. 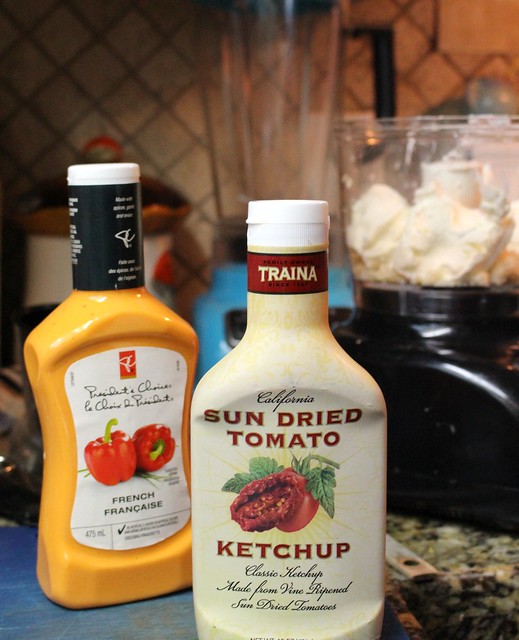 For the holidays I made our family crab dip with the non-hot ketchup. 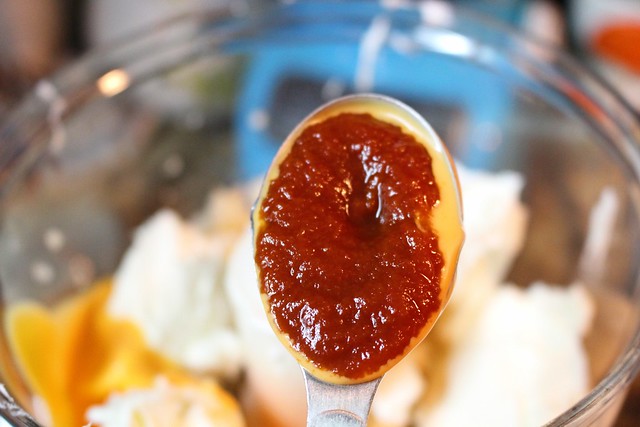 To be honest, I did not notice a difference in flavour or texture but it was yummy as always. 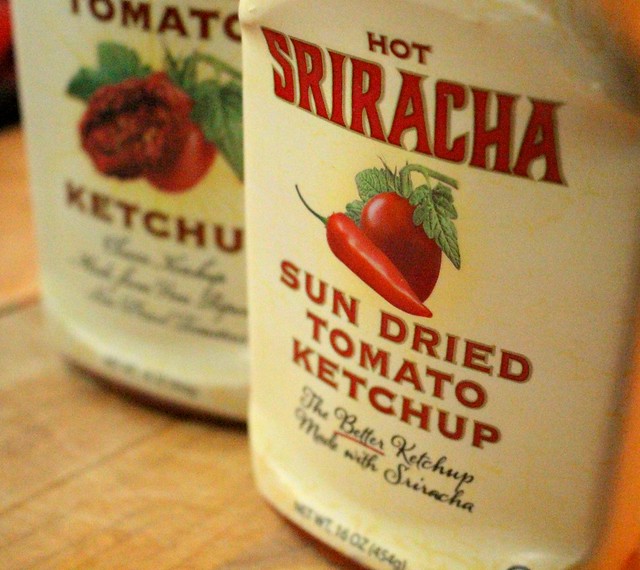 I served the spicy ketchup with our Christmas breakfast and I think it might have been a little hotter than my dad was expecting but when we had leftovers for breakfast the next day, he wanted the same ketchup on the side which is high praise.

Traina’s sun dried tomato ketchups are high quality and intensely flavourful which impressed me. The spicy one was not too spicy for me and I am a wimp when it comes to heat so I am thrilled I can keep using it. The non-spicy one is very saturated with tomato flavour which I personally adore.

I give both these products four and a half out of five wooden spoons. Click here to find out where in the U.S. you can pick some up.