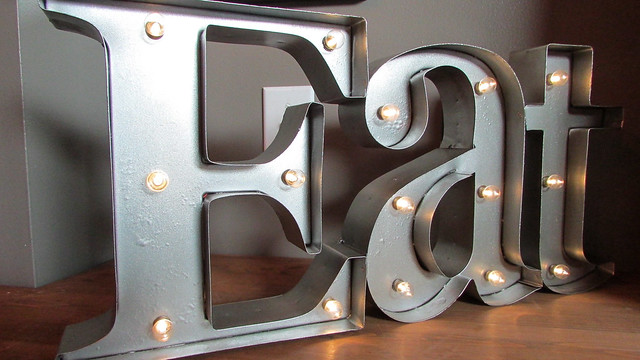 It took a village to help us figure out where to go to celebrate our 17th wedding anniversary! Lots of our friends on Facebook and Twitter had fantastic suggestions but we ended up following Hi-D’s recommendation and choose Lombardo’s at 1641 Commercial Drive. Why?

She said, “It’s cozy and romantic and the food is really good. A pizza to share (they do two halves if you want to try a couple) we often share a salad (house salad is basic best) and gnocci as well is my glutton treat.” That is what we wanted. A romantic celebration with good food that would not break the bank. 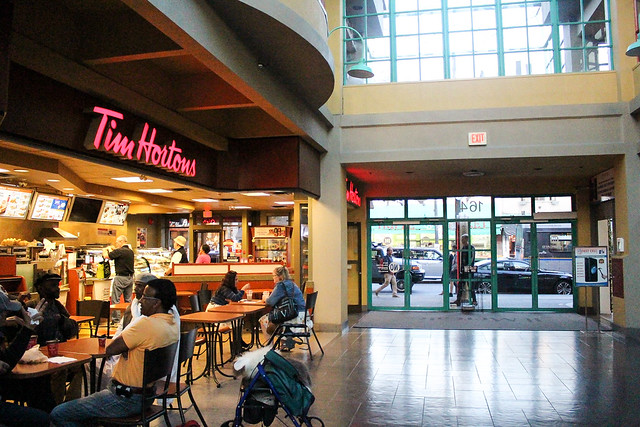 The one thing that is weird about the location of Lombardo’s is it is in a mall! On Commercial Drive—I know, right? Odd! But you just walk through those doors and go past the Tim Horton’s and… 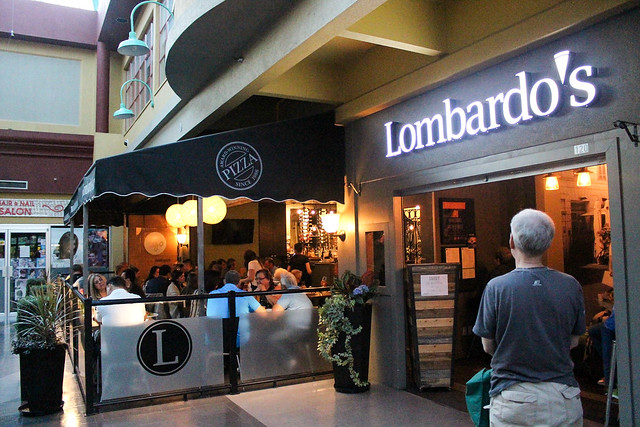 There you will find it! 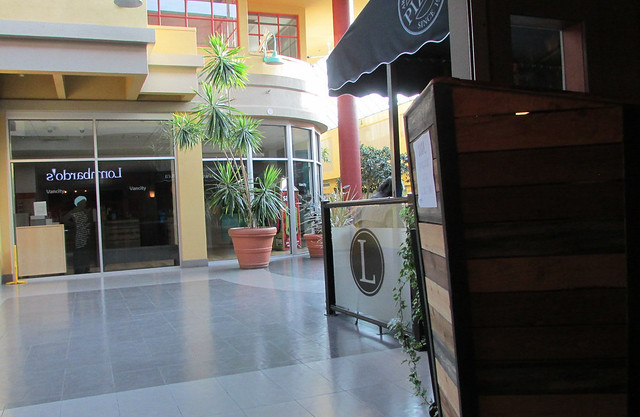 Make reservations! Especially if it is a Saturday night which I did in the morning and we still ended up waiting. 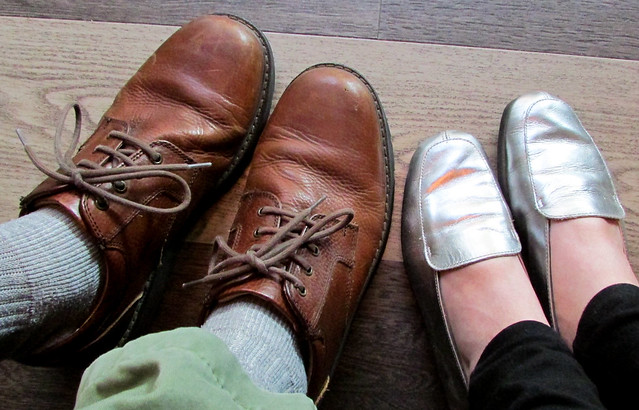 In fact we waited quite a while, while other people wandered in and were seated. Hmm… I gather they were joining a party that was already there. I hope so! 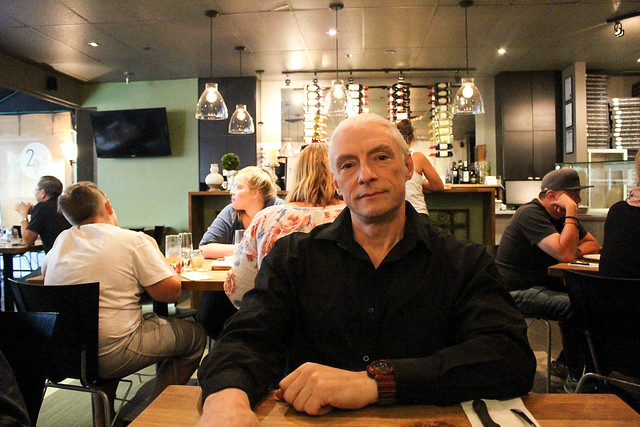 It was kind of incredible. Reg wore the same colour story the restaurant was decorated in: green, black and tan! What are the odds?! 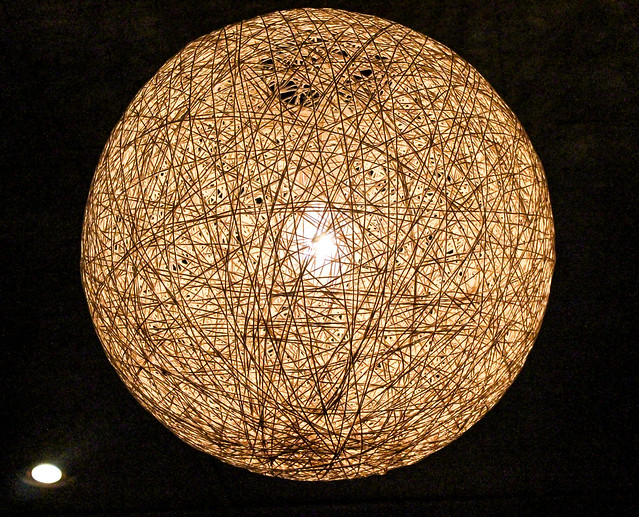 The fixtures and decorative lights are quite modern but the restaurant still felt cozy which is impressive. 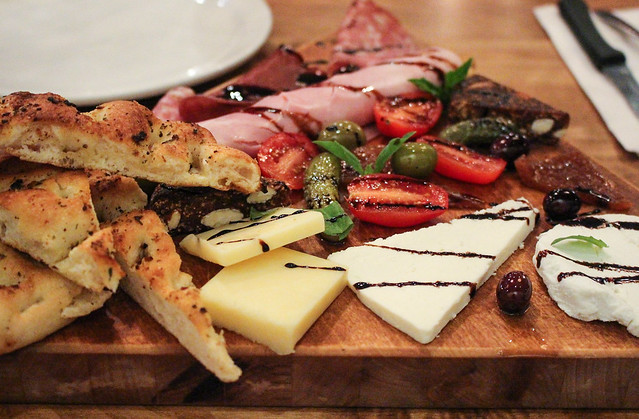 We decided to get Antipasto Misto which was a new item on the menu. A platter of Italian cheeses and meats that also came with bread, pickles, olives and tomatoes drizzled with balsamic vinegar. 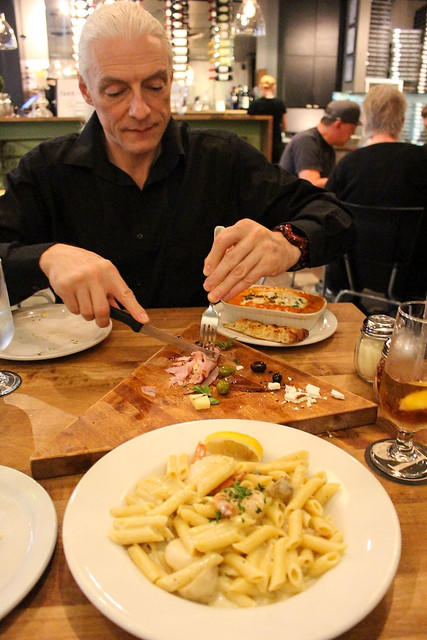 We enjoyed our nibbles slowly. Perhaps too slowly because soon our dinner was at the table! I do not think that has ever happened to me before. I started to feel a bit… rushed? 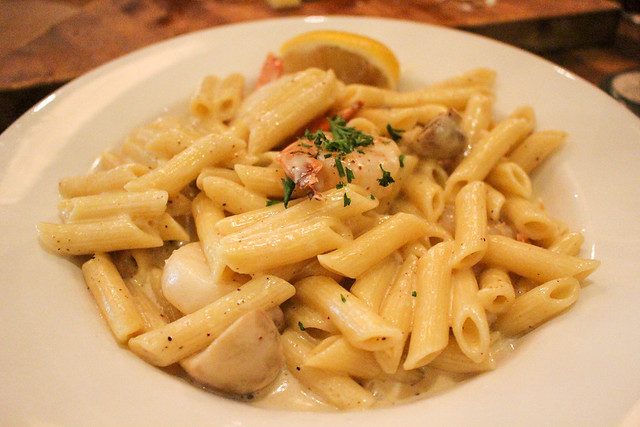 I am a pasta woman who loves her seafood so I ordered the Penne with Prawns, Scallops and Mushrooms served in a white wine garlic sauce, with a touch of cream. Oh yeah… 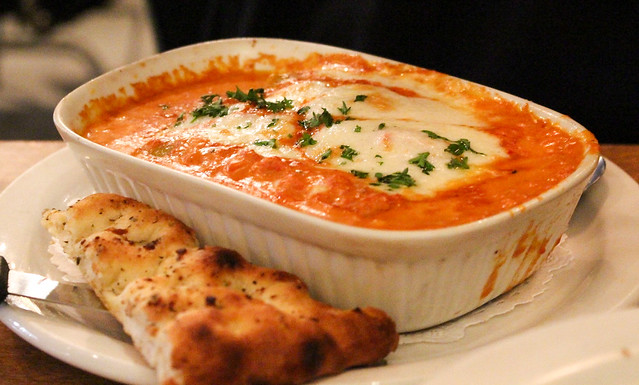 Reg got the most stunning meat cannelloni that he let me have a bite of. That tomato sauce was rich, complex and delicious. Foodie heaven! Next time I am going to try their seafood cannelloni. 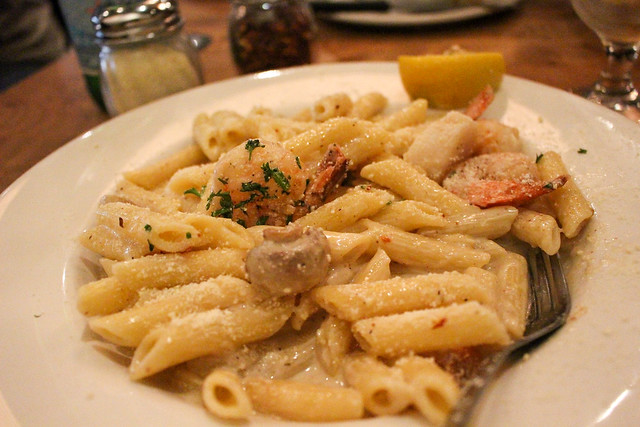 My dinner was good but it was so lightly seasoned I had to really go to town with the Parmesan to bring out those flavours. I might dare to say it was under-seasoned but with a heavy hand of Parm it tasted quite delicious. 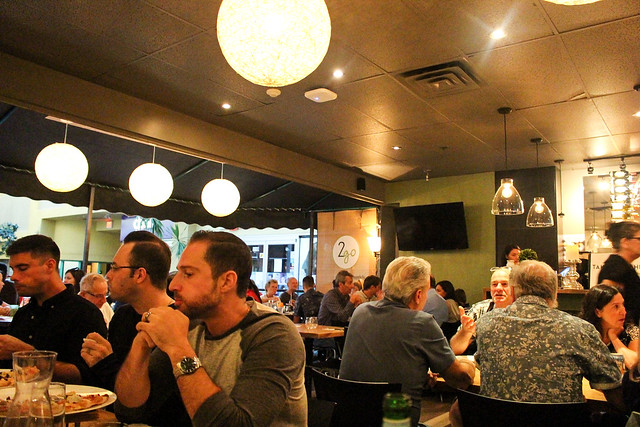 The service was great but wow… Fast! Like so fast I felt like lingering would be a tad uncomfortable. I was so full I did not want to have dessert just yet so we just asked for the cheque and then went for a walk along The Drive. 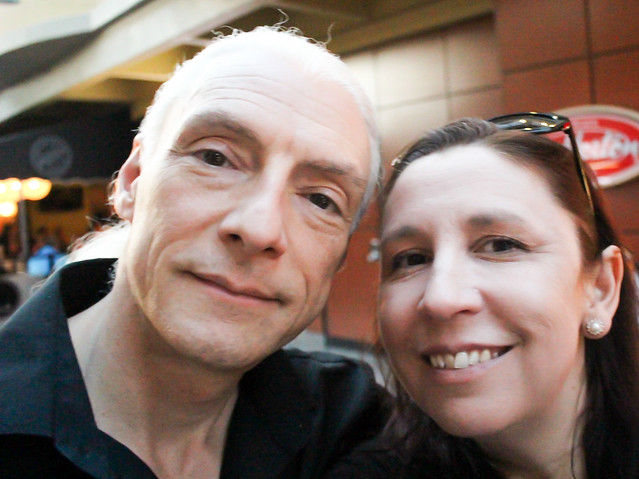 We ended up foregoing coffee and dessert so we had an early evening at home. I bought Reg a bag of Hershey’s kisses for a little anniversary treat which we snacked on along with homemade popcorn while watching Assassin’s Creed.

Hi-D was right. Lombardo’s did have a cozy atmosphere that worked well for an anniversary dinner. I would suggest going later than we did to avoid the family pizza crowd so 7 pm or later for those wanting a quieter night out. I think this was the first time in my life that I was more dressed up than the patrons who mostly wore shorts and jeans so it is also very unpretentious despite the excellent food. I can see why this is such a popular foodie location for so many people.