You are here: Home / Uncategorized / What’s The Big Idea?! 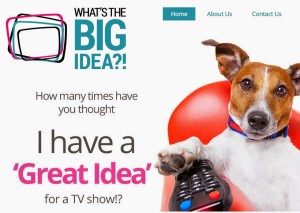 Producers of reality show Love It or List It want YOUR ideas for their next reality series. What’s The Big Idea?! is the name of a nationwide campaign to field reality show ideas from people who seldom get the opportunity to pitch their television concepts to the production industry. Yeah, that’s US! And it’s about time.

“Viewers decide which shows stay or go as determined by ratings, it makes sense that viewers should also have a hand in helping to create shows.  We look forward to engaging with the public, generating some creative thinking and having a fun time throughout the process,” added Catherine Fogarty, Executive Producer for Big Coat Productions. 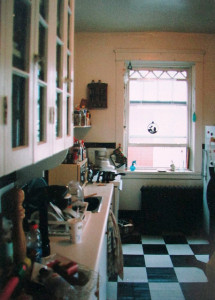 My first kitchen in Ottawa, ON

I want them to make the show “Krazy Kitchens” where you get to see where people make their favourite foods. What kitschy stuff they might own. Insane kitchen tools they have created. The story behind their favourite pan… You name it, I want to hear about people’s kitchen. 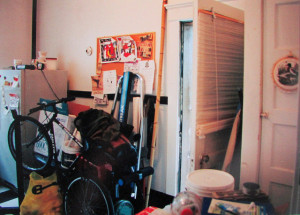 How long have they lived there? Why on earth is there a bicycle beside their fridge? What is that big bamboo stick doing up against the wall?

They are probably looking for a “conflict-inspired” reality show (sigh) but not me. I am sick and tired of those shows. I want to hear people’s kitchen stories.

So what is your pitch? What do you want to see on the show? Make sure to go here to enter your idea!