I have seen ads for Yonanas and they totally captured my attention:

“Yonanas is a small kitchen gadget that churns JUST frozen fruit into creamy, soft serve ‘ice cream.’ There is NO added sugar, NO saturated fat, NO cholesterol, NO added with ALL of the flavor. This is perfect for ice cream lovers, people who are lactose intolerant, vegans or anyone looking for a cool treat this summer.” 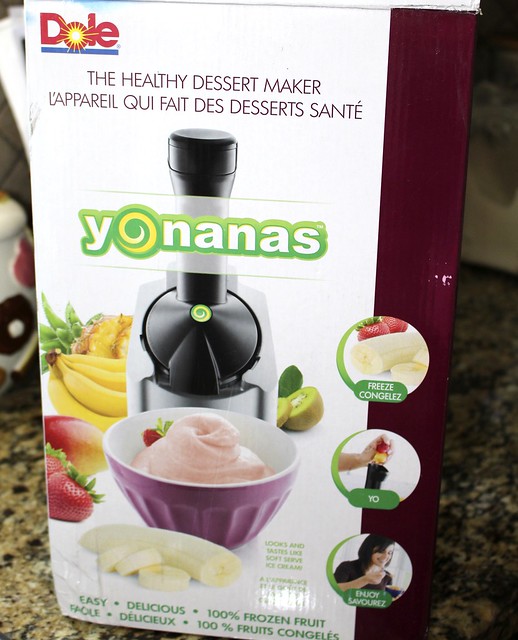 Lucky me, they sent me a Yonanas “Banana Ice Cream Maker” to test and review! 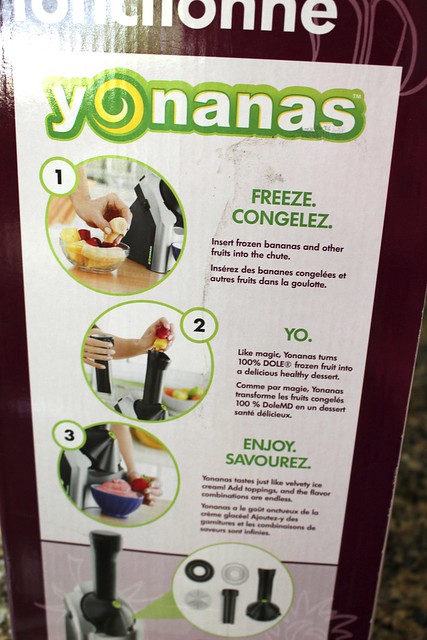 So easy: chop up some super-ripe bananas and freeze them for at least 24 hours. You know those over-ripe browning ones that you would turn into banana bread if it wasn’t so hot in the kitchen? Just put some of those frozen bananas in with other frozen fruit and you are supposed to have a healthy delicious dessert. 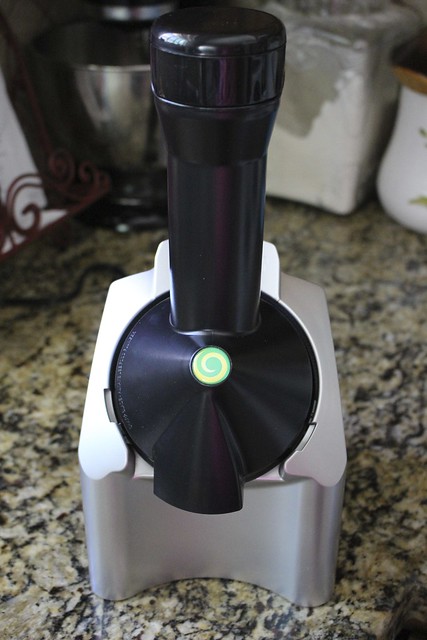 Oh I know, it looks so simple sitting there on my counter. 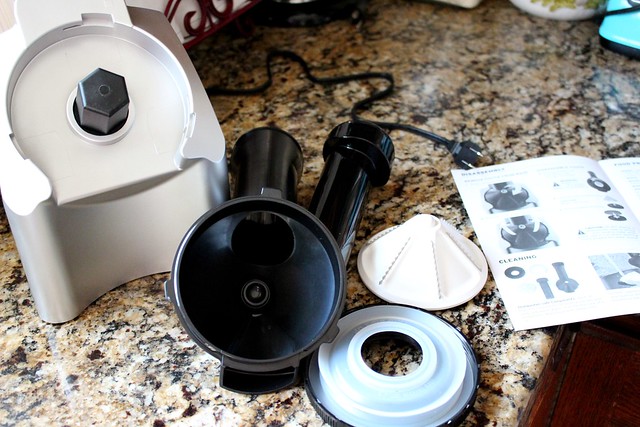 I took it apart, cleaned the components and then tried to put it back together.

I had such a hell of a time figuring that part out, you have to watch the video to see what happened! I had to walk away from the machine for a day before going back to try and put it together and give it another shot. 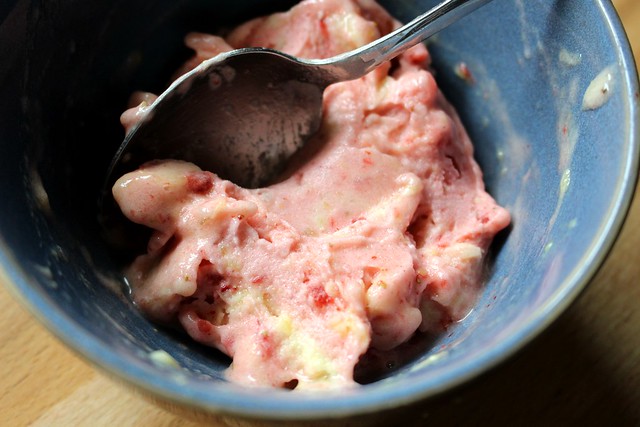 So there you have Banana and Strawberry Yonanas. Which tastes like… frozen bananas and strawberries. Was I missing something?

Like all berries, strawberries are very low in calories so the sweetness came from the bananas. Overall, the dessert was very, well, not sweet. At all.

I hate to say this but, I was bored. The consistency was like ice cream which was cool and yes, it is vegan and all that, but I was less than impressed. 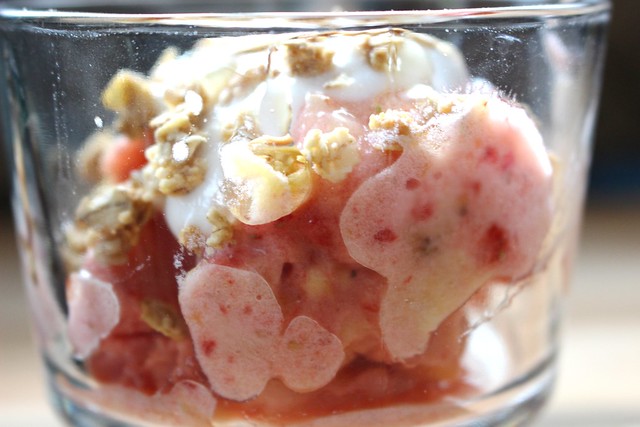 Then I got my creative hat on. This could be just the beginning. What if I topped it with vanilla yogurt, a little honey and some granola? Now you are talking! 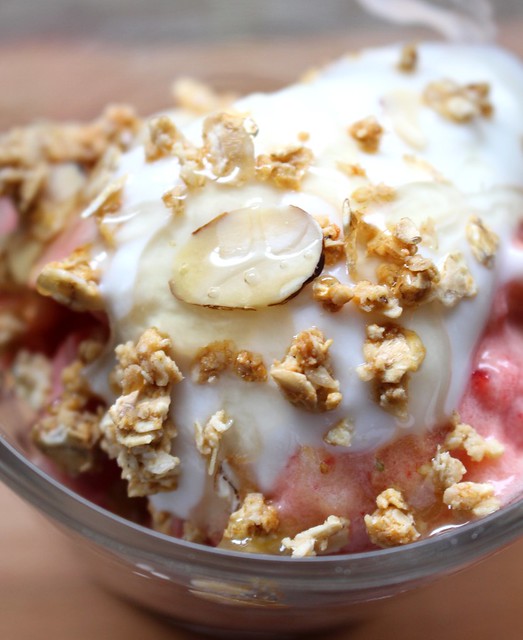 To give the company credit, there are many creative ideas in the recipe booklet, from using chocolate chips to frozen pie crust! That is not how the appliance is marketed but if you have any imagination and can put more than just frozen fruit through the Yonanas, I could have some serious foodie fun.

As a result, I will keep product testing and really put the Yonanas through my crazy testing kitchen so there will be more ideas to come. 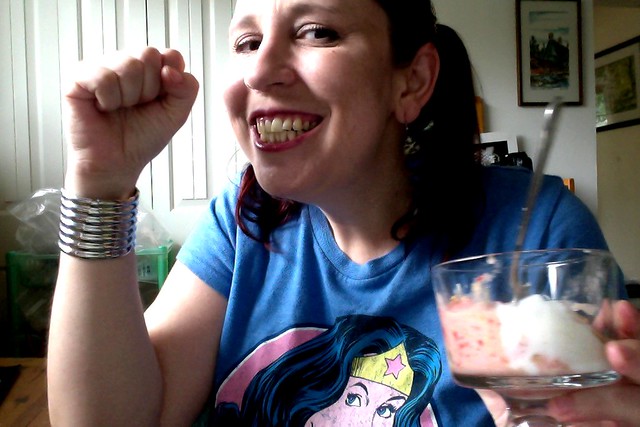 I had to gear up some serious Foodie Wonder Woman power to do this test. I got seriously frustrated not being able to figure out how to put the machine back together and really hurt my hands and shoulders as a result.

It was also more challenging to push the fruit down the spout than I thought it would be which also attributed to hand pain (I have fibromyalgia). At the end of all that I was disappointed with the results until I realized that this could be just the beginning to foodie possibilities for me and the Yonanas.

So far, I give the product four out of five wooden spoons but if you have hand and shoulder pain, you might want to stay away.

And yes, my hands STILL hurt.