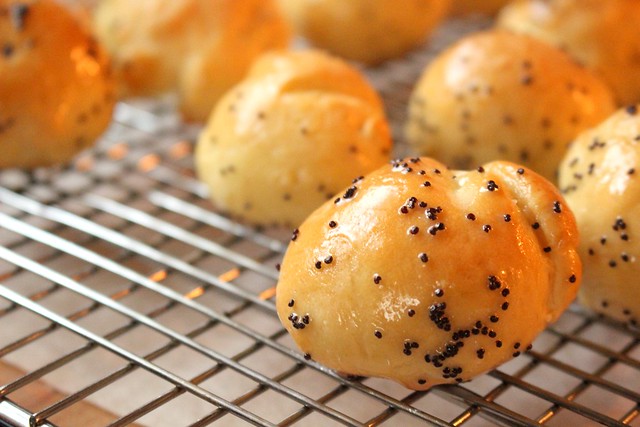 When I went to see Anna Olson at The Gourmet Warehouse where she promoted her cookbook Bake With Anna Olson, she spoke about her grandmother’s bagel bites and how popular they were in her household. It was, of course, one of the first recipes I wanted to try. I have been a little nervous to take on bagels but bagel bites? Why not?!

In the cookbook Anna notes that unlike regular bagels, these bites are baked first and then softened in a hot poppy seed syrup because boiling them first would make them too chewy. 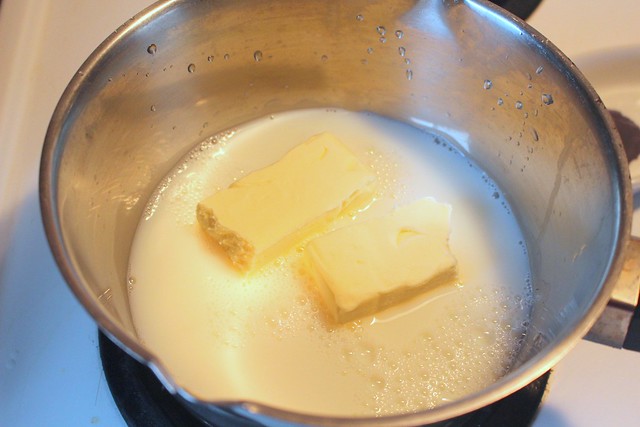 Heat 1 cup milk and 1/2 cup unsalted butter in a sauce pan over low heat until butter has melted and milk is just above body temperature. 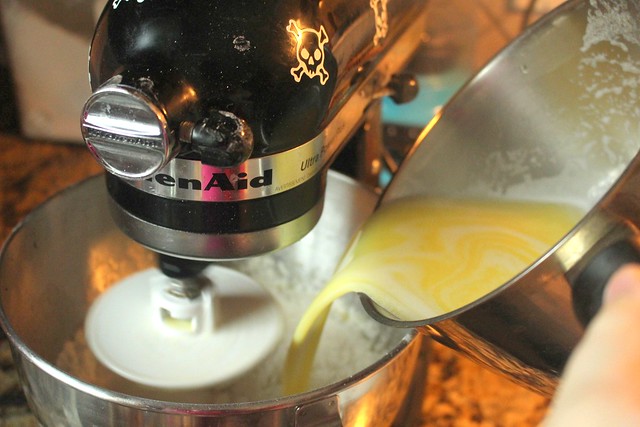 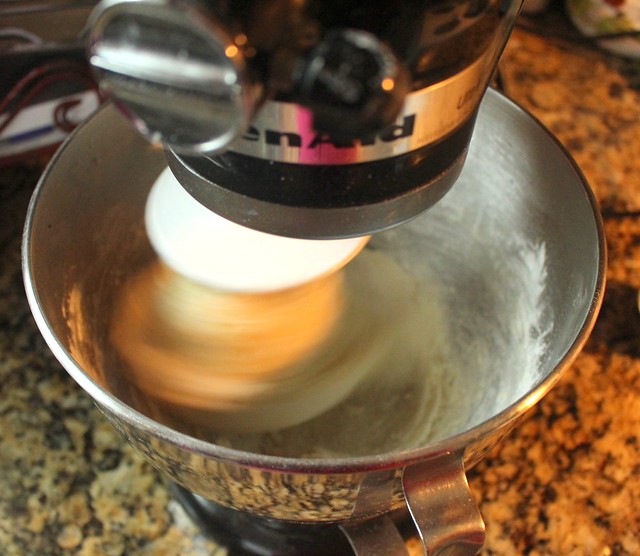 Knead until dough is smooth and elastic. 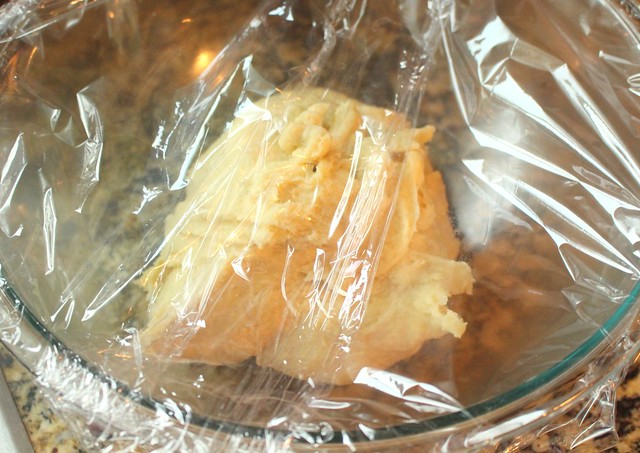 Place dough in a bowl. Cover with plastic wrap and let rise for an hour. 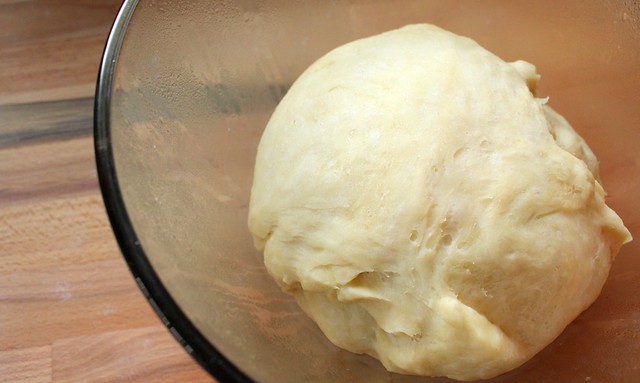 It was supposed to be double the original size and mine was not quite there!!! 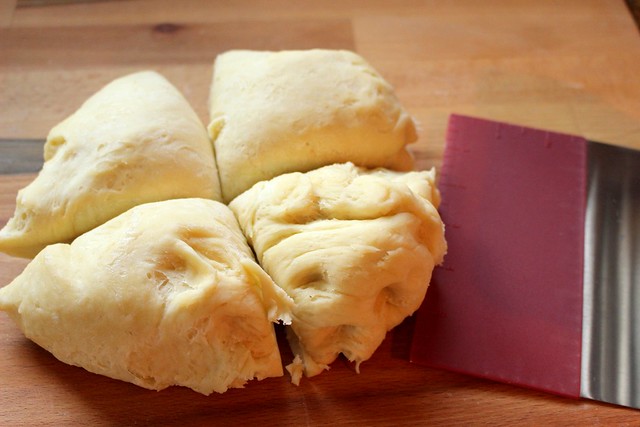 Turn dough out on a flour-free surface and cut into 4 segments. 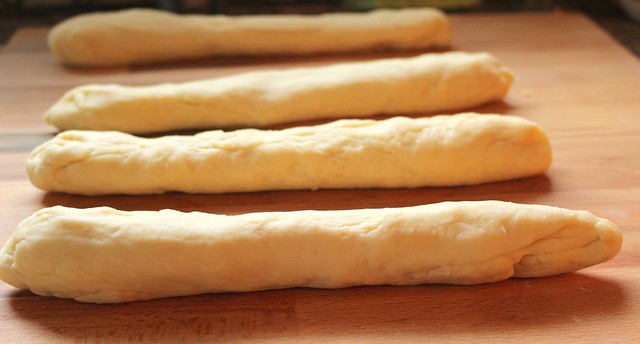 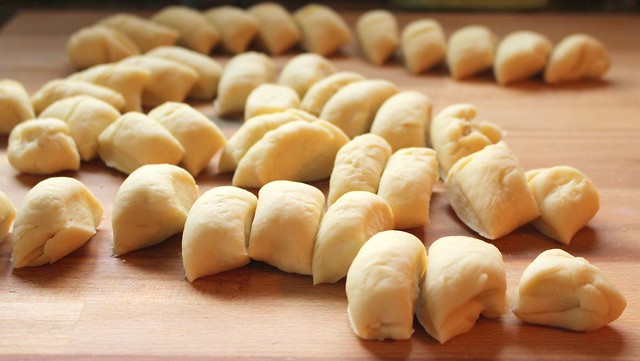 Cut into 1″ slices and roll into balls. 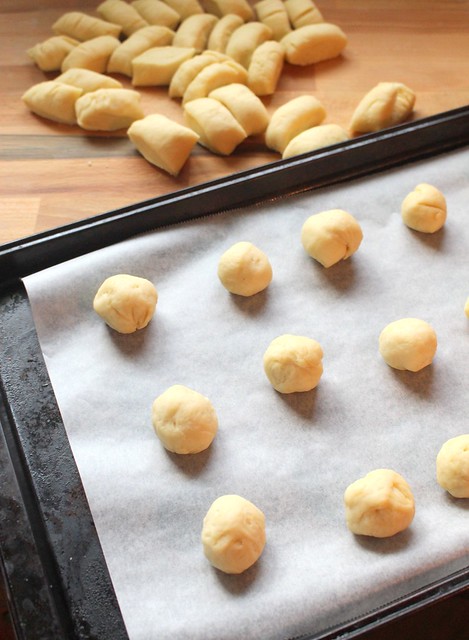 Bake on parchment-line baking sheets leaving 2″ of space between them. Cover with clean tea towel and let rise 15 minutes.

Put in a preheated 350F oven and bake for 16-20 minutes until golden brown. 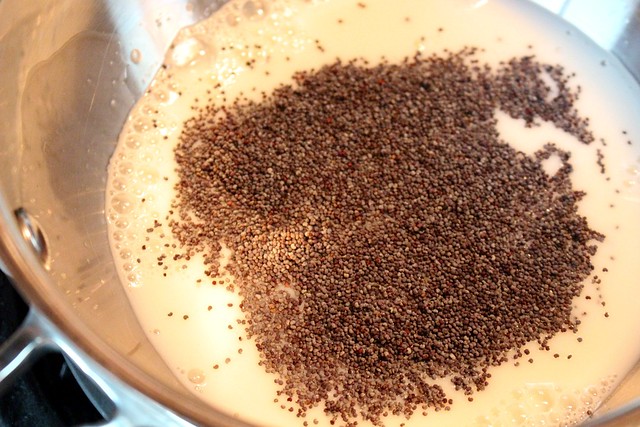 While bagel bites are baking put 2 tbsp poppy seeds and 1/2 cup milk in a sauce pan and bring to a simmer. Add 1/4 cup sugar and 1 tbsp butter. Whisk until dissolved. 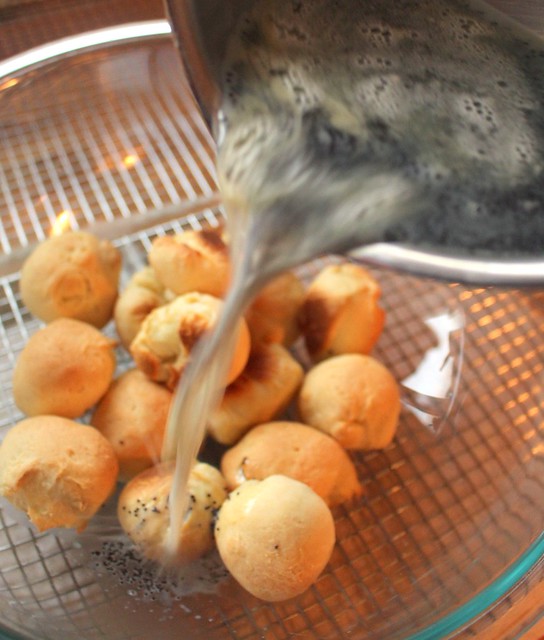 Put hot-from-the-oven bagel bites into a large bowl and add some of the syrup. Toss to coat. 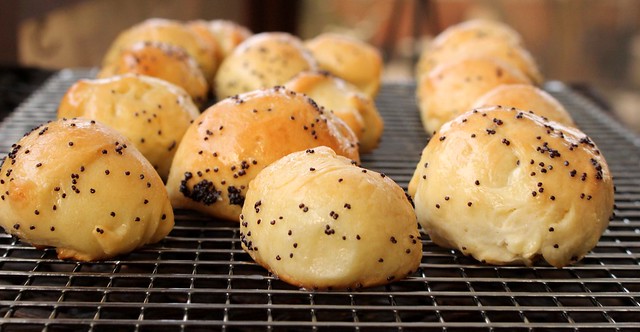 Transfer to a cooling rack and NOM! NOM! NOM!!! OMG, these are so good! Sweet on the outside, bagel goodness on the inside. These are fantastic with tea!

Once again, thoroughly impressed with Anna’s cookbook Bake With Anna Olson. These really were easy to make. I hope you try them. I think they are a great first step towards bagel making and have given me the courage to take on that baking challenge soon. You rock Anna!