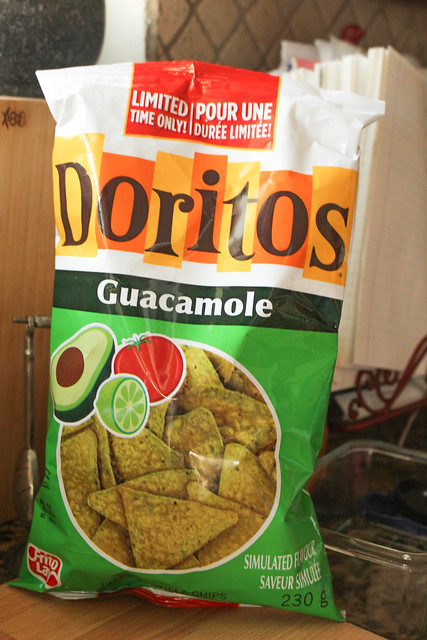 You know I love Doritos ketchup tortilla chips so when my friend Vicky told me that they had guacamole tortilla chips available for a limited time, I was so curious. I looked at my local market and London Drugs with zero luck. 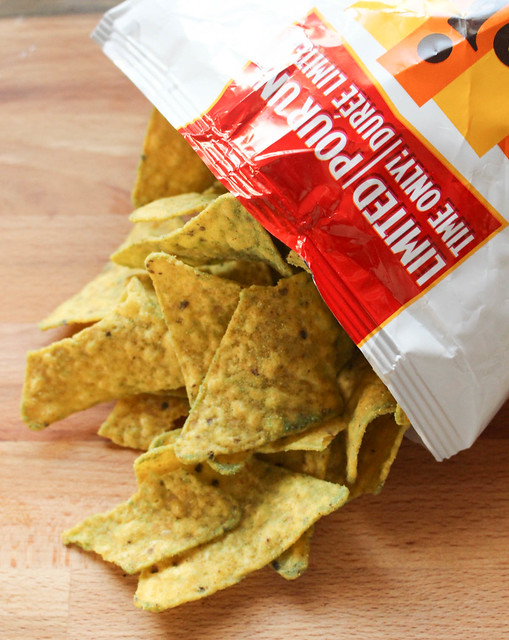 Then Vicky showed up at my door with my own bag of their guacamole chips for the weekend! 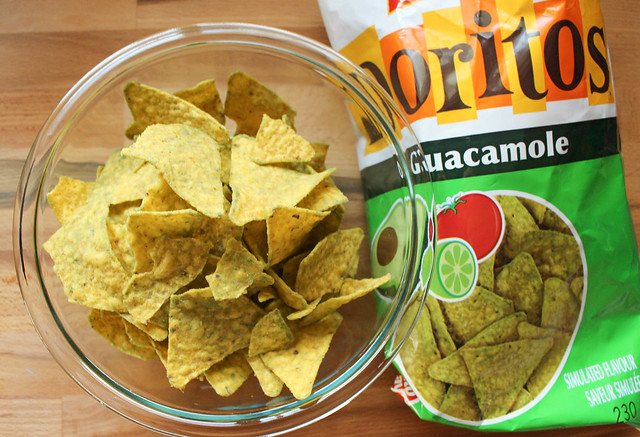 I have to admit—the first thing I thought when I tried them was, wow, these are kind of… funky… I was expecting tons of lime, avocado (of course), potentially garlic flavour but what I tasted? Cilantro. A flavour that I am trying to warm up to and do not turn to naturally. 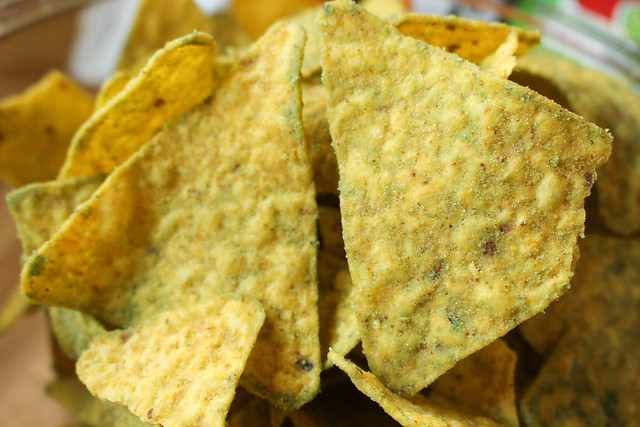 I liked that the chips were well covered in the green dust of flavour, but did I like that flavour? I kept eating. There was no point in asking Reg to try them since he is not a fan of guacamole so I brought it to a D&D character-creation night. 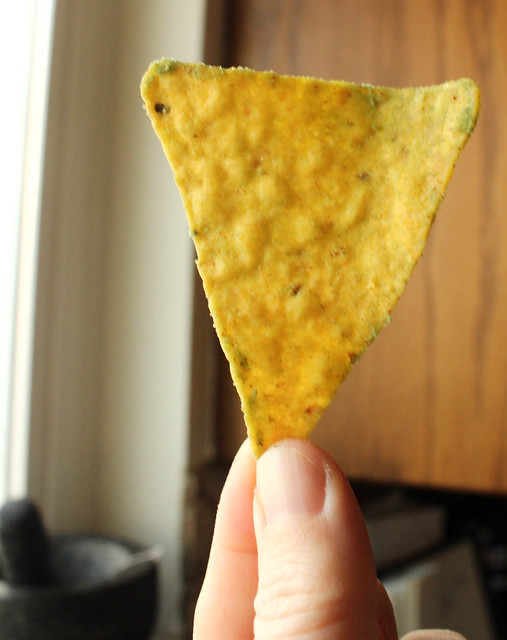 One person tasted the lime which surprised me. One person said they were good but did not taste like guacamole. Vicky loves them but she is a huge fan of cilantro. That said, she has sampled two bags of these chips and said that one was limier than the other. Clearly I got a lime-light bag which really impacted my ability to connect with this product.

Do they taste like guacamole? My bag did not. My bag tasted like creamy and crunchy cilantro. I did warm up to them and still think they were very good but I so wish there was more lime so I could love them.