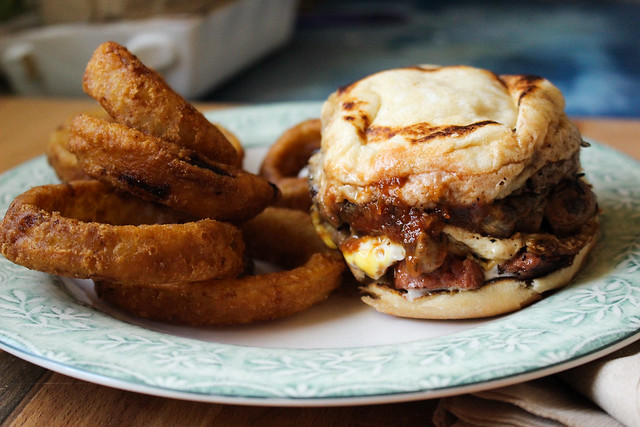 It all started last weekend when I accidentally ordered this monstrosity from Wally’s Burgers. I am totally off my eating-out foodie game. I thought this was just a burger with mushrooms but it had a fried egg and, I kid you not, a hot dog on it. It completely fell apart and was awful. I only ate half of it. The onions rings were good though. 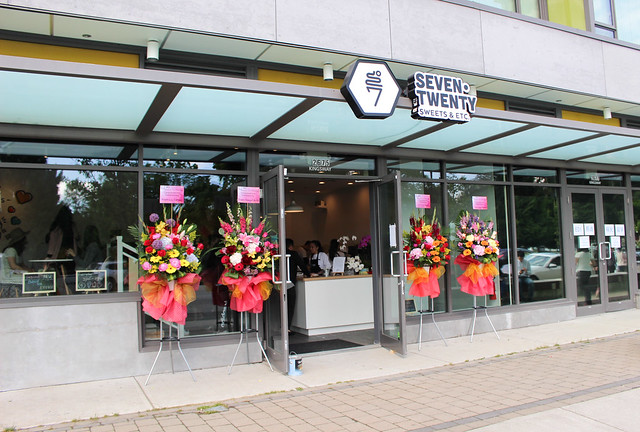 This weekend I was excited to hear that we FINALLY got an ice cream place kind of in our neighbourhood so I walked over to 720 Sweets on Kingsway for their big opening. 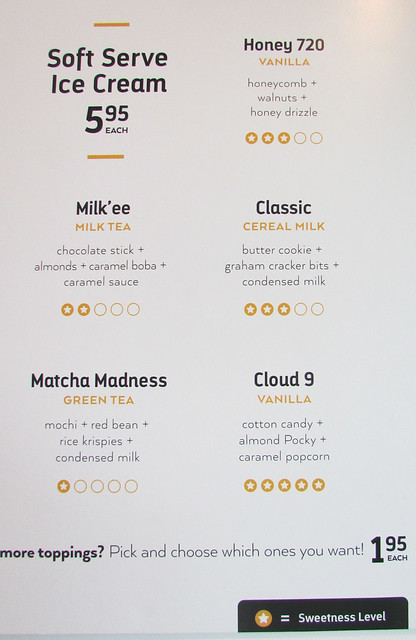 There was NOTHING I wanted to order. Absolutely nothing. Everything looked so boring. Except for the matcha which I am not a fan of, nor am I a fan of red bean. It was clearly all about the extras and I am not someone who wants graham cracker bits or cotton candy with my ice cream. I want flavourful ice cream damn it and milk tea was not going to cut it. 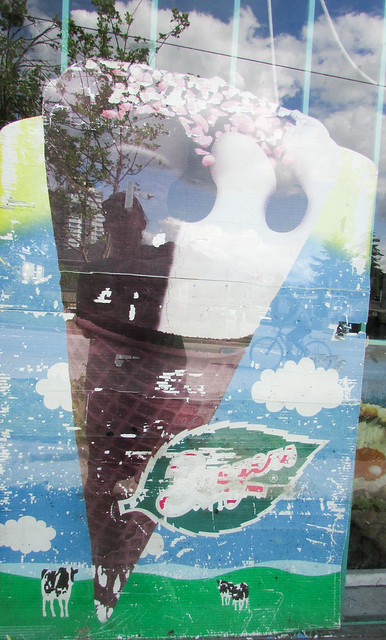 I walked home so very sad. I just could not spend close to $7 for ice cream that I knew I would hate. I want flavour damn it! I walked through my neighbourhood like a lost foodie soul, looking for something flavourful that I would enjoy that would not bore the hell out of me. 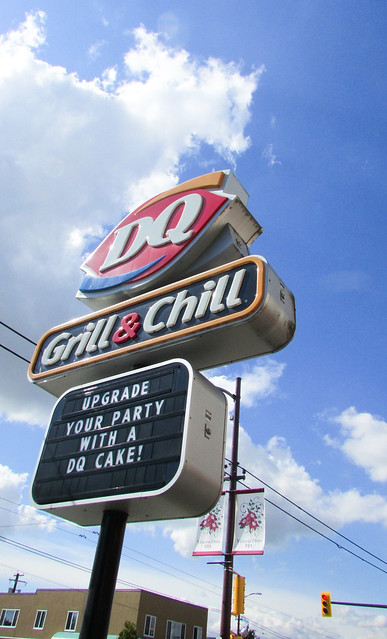 I even went into a Dairy Queen hoping they had some kind of new ice cream they were promoting, SOMETHING other than a Blizzard but nope. Just soft ice cream and chocolate dipped which I don’t like either. I gave up. I went home and had an apple with peanut butter. 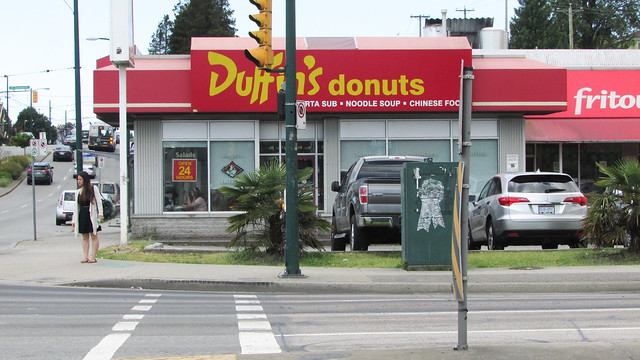 Since it was National Donut Day on Friday I had donuts on the brain. Since I had no luck with ice cream, I asked myself why not have a donut instead? I ended up at the infamous Duffin’s Donuts at Knight and 41st. 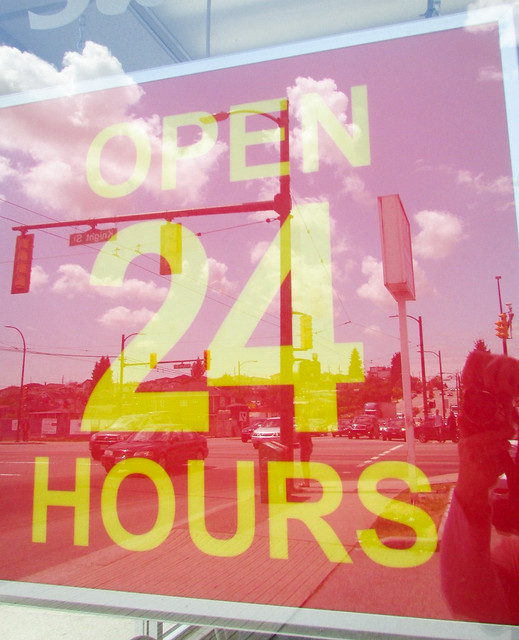 Why infamous? This donut place is open 24 hours a day and makes way more food than just donuts including fried chicken. It is the place to go when you are hungry and everything else is closed. A total foodie oasis for those pulling all-nighters. 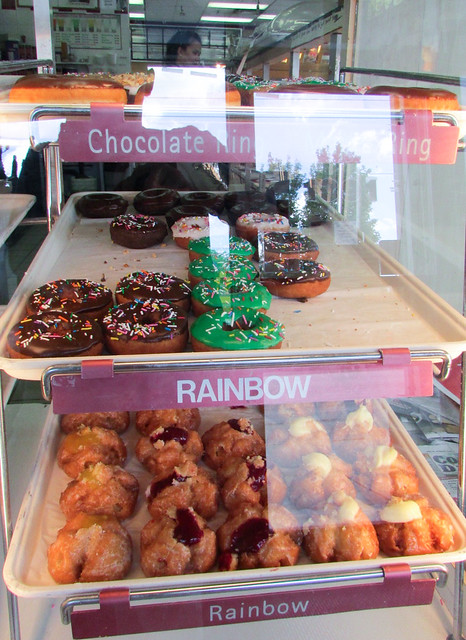 Like with everything food-related, I am picky when it comes to donuts. I wanted a maple glazed donut to see if Duffin’s Donuts really live up to the hype. 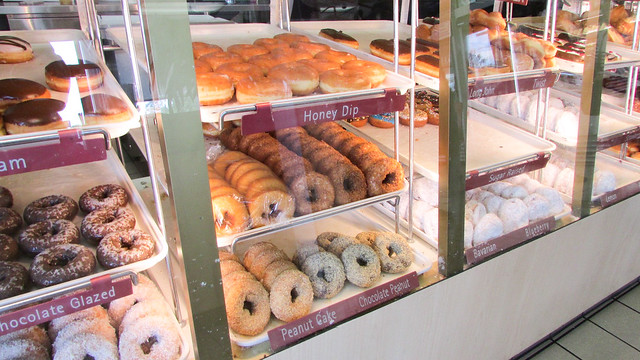 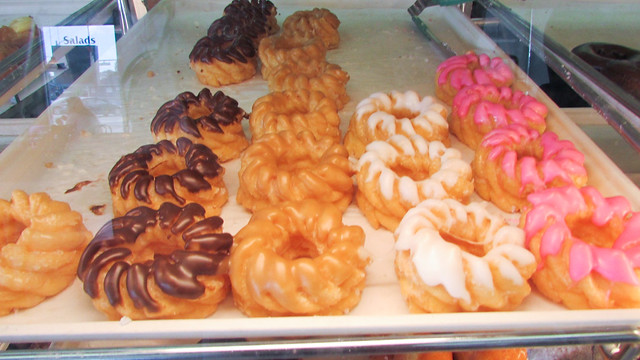 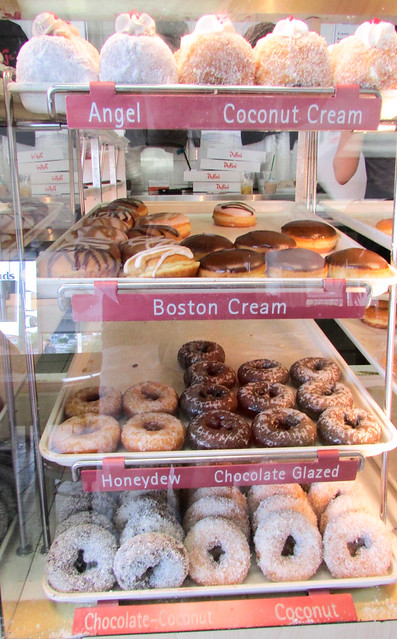 Then I saw what I looked like a maple glazed Boston Cream. I thought, hey, that might work since they did not have a traditional maple glazed donut available. 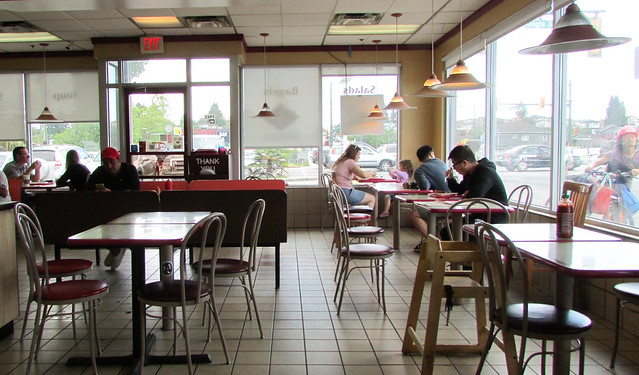 This place is busy and appears to be divided up into two different restaurants. I decided to stay in the one with the donuts. Sadly, it was pretty nasty. The floors were filthy, probably from the Saturday night partying the night before. 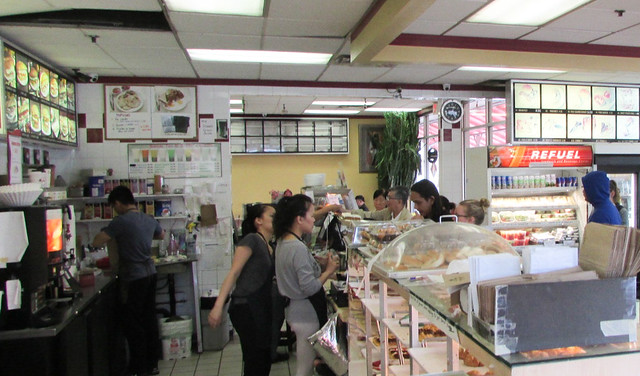 When I got through the long line to the counter I asked if they had a maple Boston Cream. The server left and then came back saying I could get the one with the vanilla stripe or the chocolate stripe. I said, um, the chocolate stripe? I hoped for the best. Big mistake and do not let the online reviews fool you. They do not have iced coffee. I ordered a lemonade instead. 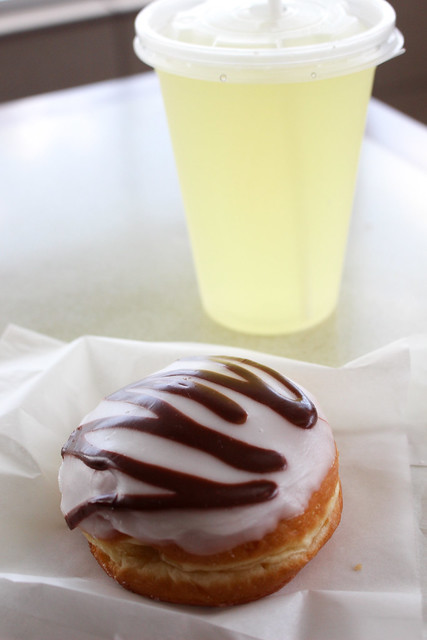 That did not look like the maple topping I saw in the window. Bloody hell. I did not realize it until I sat down. I looked back at the counter and there was a big lineup to the cash. Fuck it. I will just eat the god damn boring Boston cream donut. 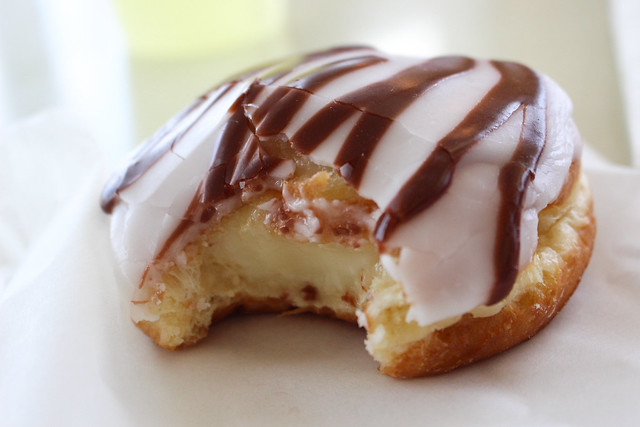 Yes, it was a great Boston cream donut if you like Boston cream donuts. I do not. I wanted maple flavour. Without it, it is just a donut with custard. Boring. Again, my bad. I guess I did not make myself clear. The only good news is I spent less than $3 on the donut and lemonade. 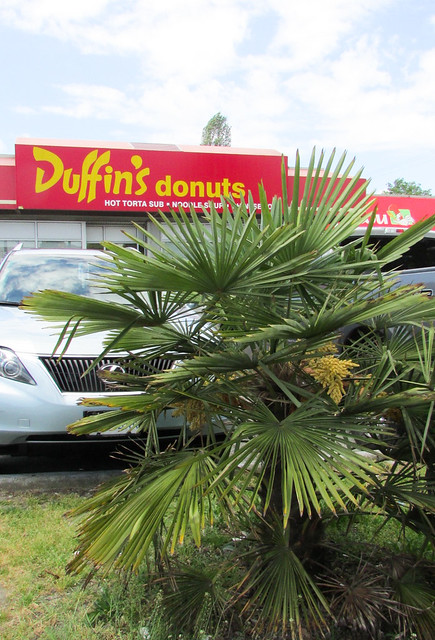 I keep trying to find foodie inspiration and a cooking/baking reprieve by going out and am continuously disappointed. It is not always the establishment’s fault either, there is sometimes just a failure to communicate. Still, when it comes to going out I feel like a failure on many levels. I have no friends to go out with to enjoy food together and when I go on my own I just want to cry into my mis-ordered and deeply disappointing food.

Think it is time to just stay home and make food the way I want. Thankfully I still have that mojo working for me.