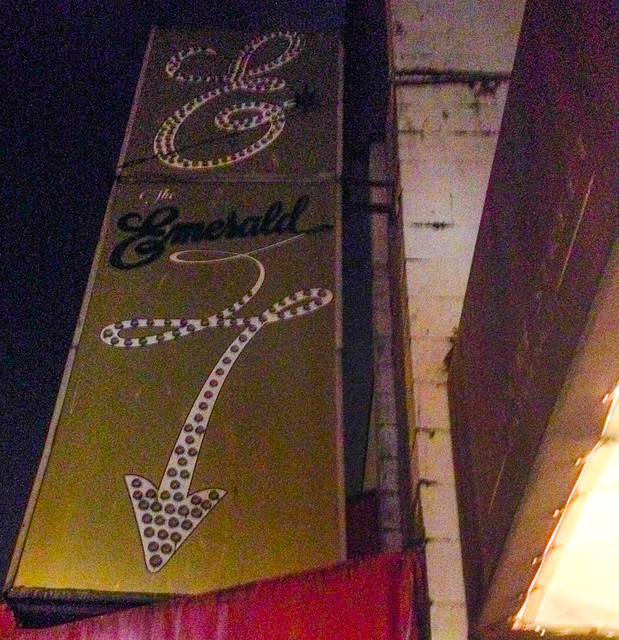 I have been so curious about The Emerald Supper Club because according to online reviews, people seem to either love it or hate this place with a passion. From saying it smells like a bowling alley to the best kind of weird, 555 Gore Avenue in Chinatown was a place I absolutely had to check out for myself. 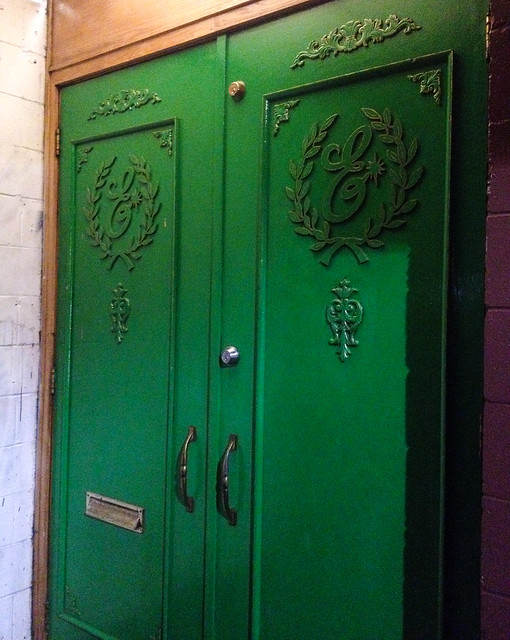 I wanted to approach these infamous green doors to this wildly disputed place with fresh eyes. 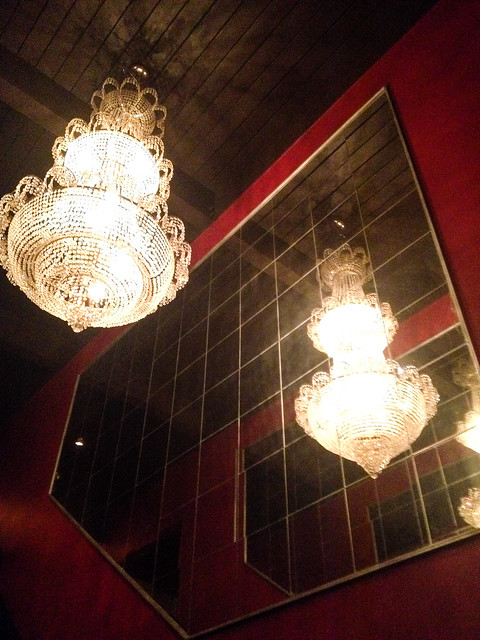 You are greeted by a long stairwell that some struggled to climb to get to the top, as well as this giant fabulous chandelier. Immediately, I fell in love. Old world glamour mixed with a bit of nastiness of heavy music and too much drinking? I realized, this could possibly be the coolest place I have ever been. And… I had not even gotten inside yet!

We made the trek up the long stairway. It may be a little musty but I did not personally experience the eau de chaussures de bowling. 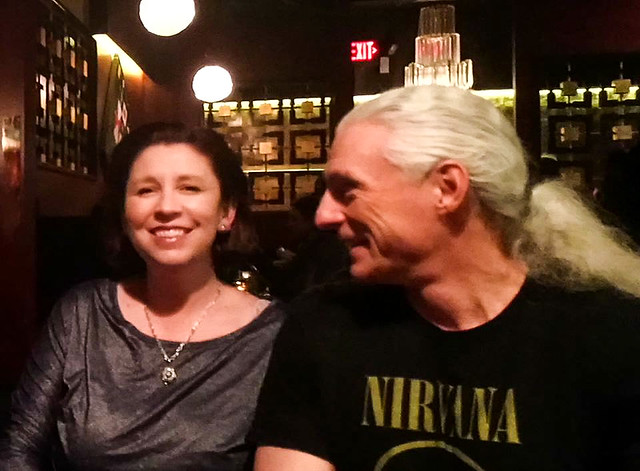 Our friends had arrived just in time to find some seating for us, which was a relief. Turns out the Hard Rock Miners Singalong is extremely popular. So much so we were not sure if we were going to be able to venture into the next room to participate. 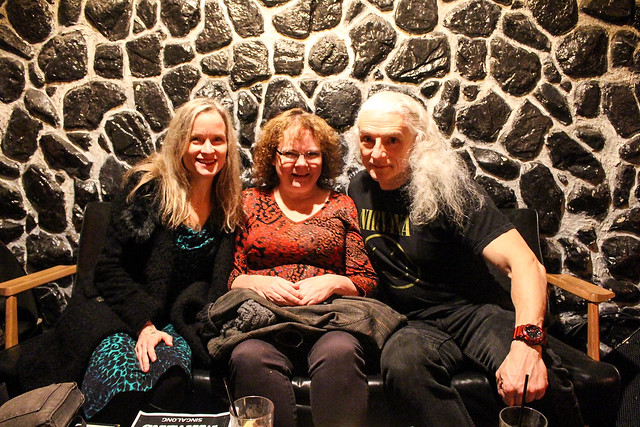 We did it! We were seated at the very back of the room but it was actually the coolest spot in the place. Seated under a stuffed marlin by the fireplace and hopefully next to a fake bear skin… It was perfect. 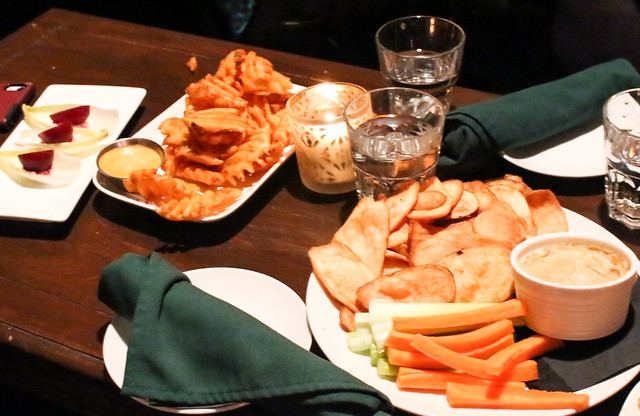 All I had to eat that day were the Tim Hortons’ holiday treats so I was starving!!! So few of the reviews about this place actually talk of the food so I had no idea where to begin. Thankfully other friends were also hungry and ordered quite the spread. 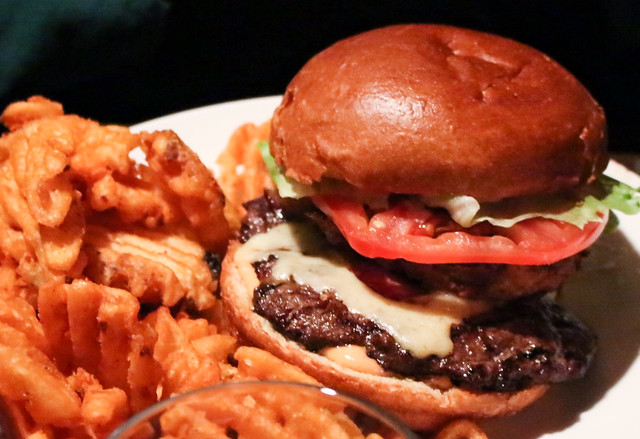 Reg ordered the classic burger which looked great. It is a funny place because you can get this all beef burger but they also have, get this, vegan gluten-free pierogies! That comes with vegan sausage and costs $16. OMG, what is the point?! And that is the most expensive plate of pierogies I have ever heard of but I guess if you are a vegan… It made me laugh. 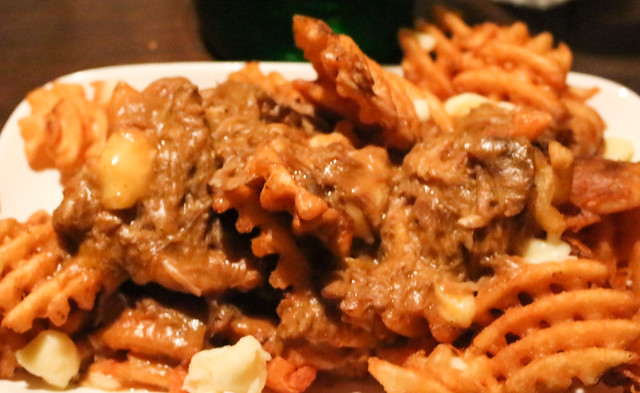 I ordered the BBQ Pork Waffle Fry Poutine which is an appetizer for sharing but I ate the whole thing up, I needed FOOD! Not that I would have shared because to be honest, it was cold. I had to wolf it down before it got stone cold. It was total comfort food and the BBQ pork was quite tender and delicious. Still, cold food? Not happy about that… 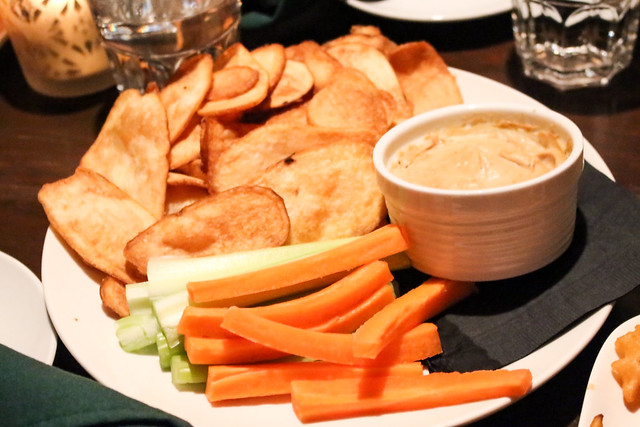 They do know how to cook a potato though because the waffle fries were excellent and these homemade potato chips? Fantastic. I am extremely picky about potatoes. They know how to fry food. The goat cheese dip with caramelized onions was super tasty! 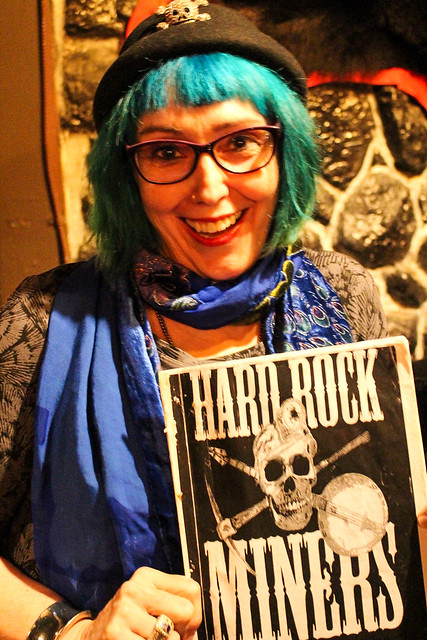 Another reason why I inhaled my poutine is the venue with the Hard Rock Miners Singalong was beginning and I wanted to sing! 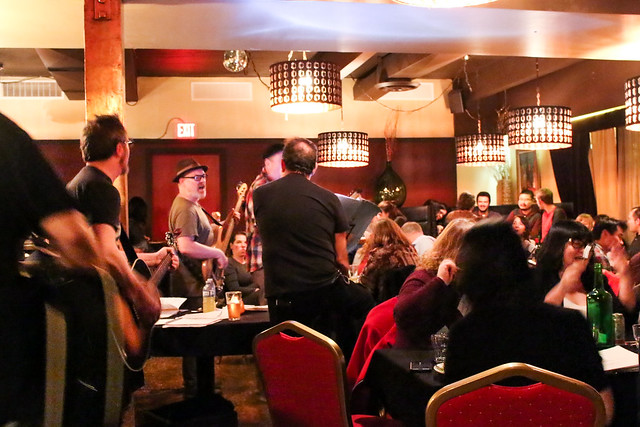 Seriously, could a place be cooler? And these guys have so much energy! You get a song book with classics like Johnny Cash’s Ring of Fire or The Ramones I Want To Be Sedated. You scream out the number of the song you want to sing and maybe the band will play it with all their heart. Which was complete with not only fantastic cow bell but a gut bucket! Which my dad used to play. So cool. Check them out:

This is Talking Heads’ Psycho Killer. 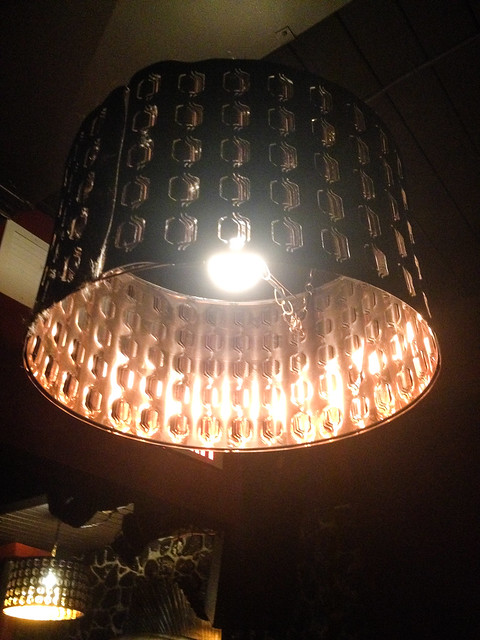 Every song was fun to sing and man did we belt it out! We laughed, danced and I had one of the best nights ever.

Calling It A Night 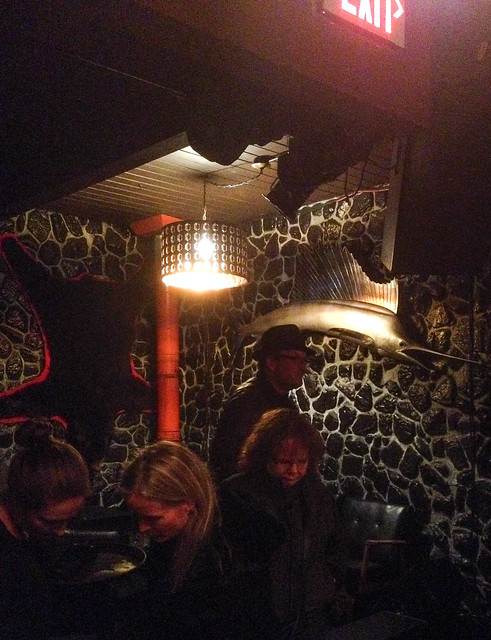 You can tell none of us wanted the night to end, we were all having so much fun. Sadly, the time came to pay the bill and go home but what a wild night. FYI there is no cover but give generously when they pass the hat, these guys work their butts off to entertain and bring you a night of fun. Also, try and make reservations ahead of time so you do not miss out on this experience

Hard Rock Miners Singalong at The Emerald Supper Club was one of the best nights I have ever had out. The experience gets a five out of five wooden spoons and the food gets four.

If you like all things retro and fun… Go. You won’t be sorry.