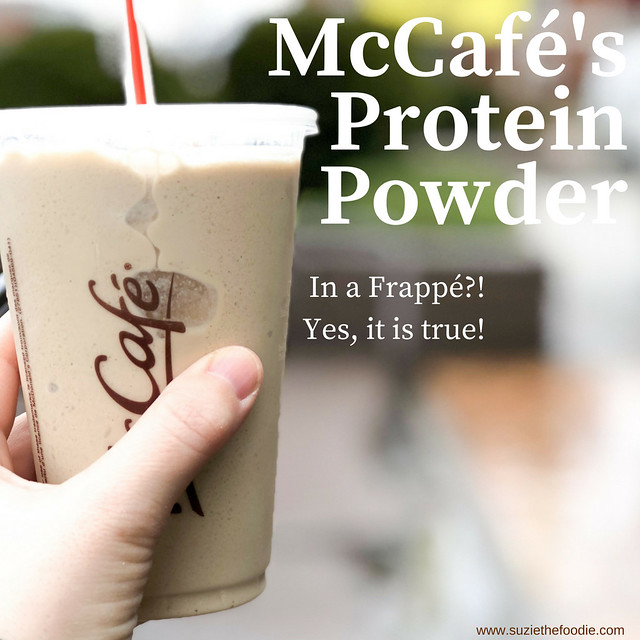 I got totally excited about McDonald’s new protein smoothie program but not because of the smoothies. 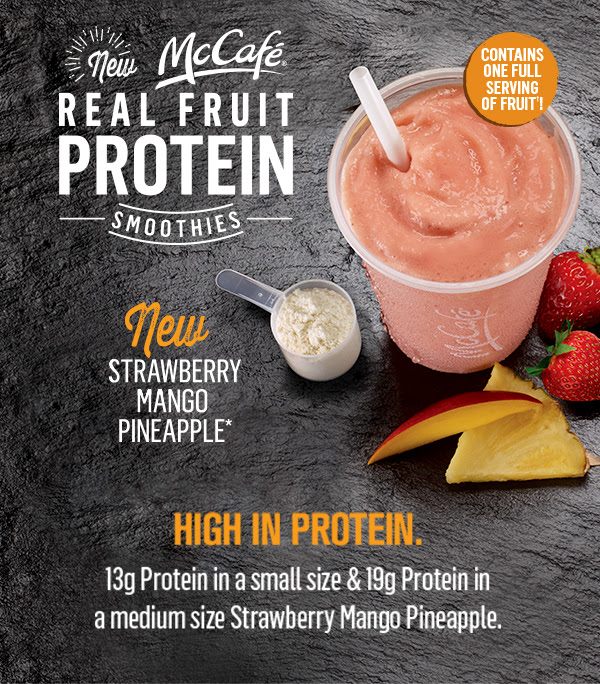 I think adding a scoop of protein powder to a smoothie is a genius idea. When I called the company it sounds like this is still just a test and not a permanent idea yet so I am glad I went in to try it myself while I could. 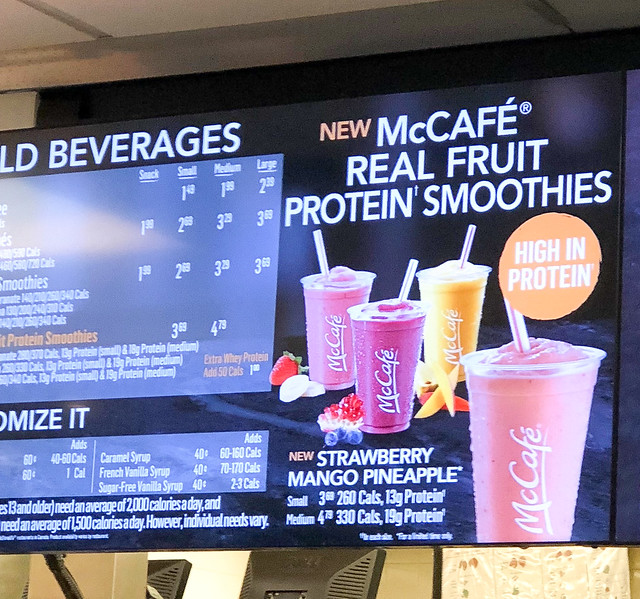 Their smoothies are good but mine are, well, better. Smoothies are a specialty of mine so that is not what I wanted to try. I had called the McDonald’s customer service number and asked if I could get a scoop added to a coffee frappé. They said it would be up to the individual restaurant’s discretion. I called my local restaurant. The phone rang and and rang forever and then… went dead. So I just went in. 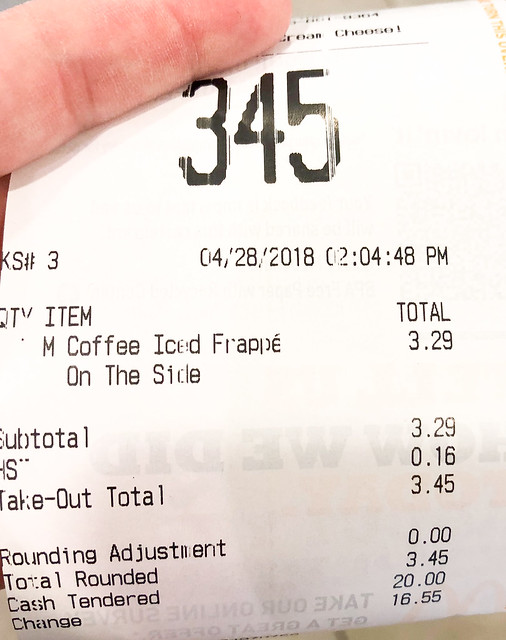 I ordered my favourite drink, the coffee iced frappé, and asked for an additional scoop of protein powder. The cashier had to go ask his manager if that was OK. He got the go ahead. Great!

I paid and then looked at my bill and did not see a charge for the scoop. I asked him how much the protein powder was and he just smiled and waved me on. What a sweetheart. But, um, I kind of needed to know…??? 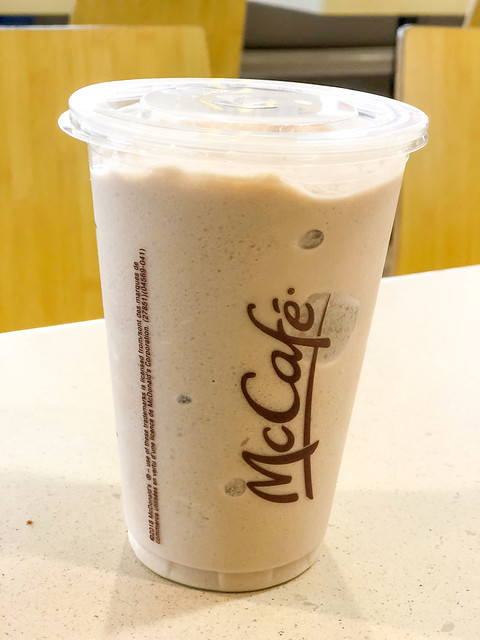 I had called McDonald’s ahead of time to confirm that the protein powder is whey and milk based, which it is. No soy which was great news for me. I hate soy. Soy powder in particular taints drinks for me. When there is soy in a drink, that is all I can taste. Can you tell I OD’d on soy in the past? 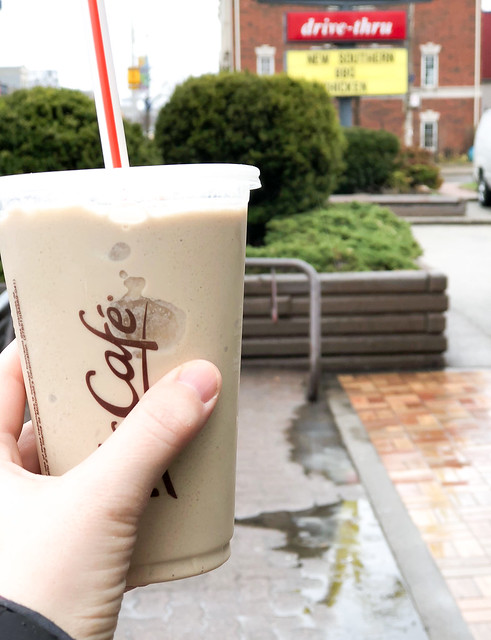 Whenever you add something additional that is healthy like this, it will dilute the flavour. That is why I wanted to try it in their coffee iced frappé because there is a ton of flavour. It was diluted but not by much. I loved the idea that I could add a healthy kick to this indulgent treat to make it less, well, indulgent. 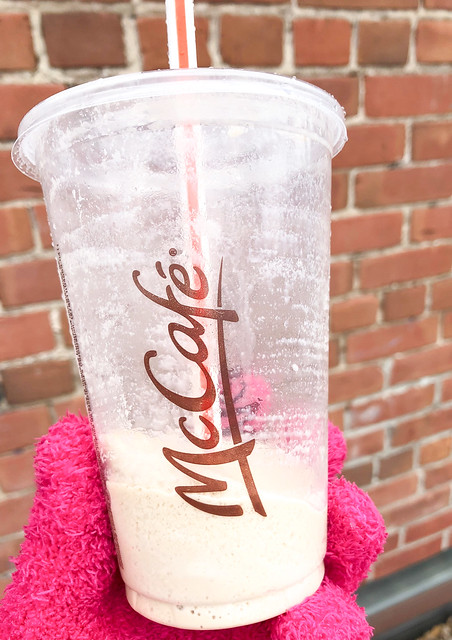 Yes it was still cold when I got this frappé!

Like you can see on the container, the protein powder left a bit of a film in my mouth, a kind of chalky aftertaste. It was not horrible but it was there. I am sure it would be more seamless with fruit smoothies but was not very pleasant with the frappé. However, that was my personal request.

I still think it is a fantastic idea and hope McDonald’s will continue to offer this option with their drinks.

BTW I called their head office to find out how much it costs to add one scoop of protein powder to a smoothie and they did not have an answer for me. This time when I called the restaurant near me they actually answered the phone and told me $1! I really thought it would be under $1 but considering how much protein powders cost, I guess this is reasonable.

That was way more work than I thought it was going to be. I probably will not be adding it to my frappés again and I will always prefer my own smoothies to others. For the idea I give McDonald’s five out of five wooden spoons. I love that it is not a soy protein, that it is dairy-based. Kudos to them for figuring out how to make a healthy drink even healthier.