You are here: Home / Vancouver / MeeT in Gastown taught me a valuable lesson… It’s VEGAN!!! 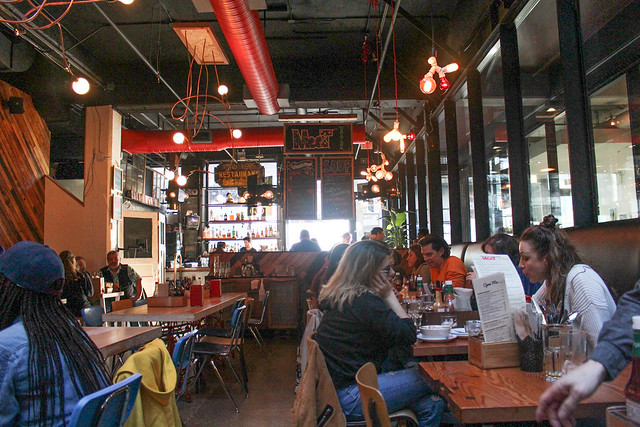 If you are going to go to MeeT in Gastown at 12 Water Street in the inner courtyard you should know ahead of time, it is a vegan restaurant. We didn’t. I gather the name of the restaurant is supposed to be a play on words but it really is not obvious at all. This is the main excerpt from their website about their restaurant:

“A place to get food and drink the way you want it – neighbourhood prices, lots of choice and a philosophy of casual comfort…A room built for socializing, crafty drinks, and good food for your mood.”

I don’t see anything about being vegan, do you? Unless you are to assume that vegetarian is the way “you want it” which, for the record, I don’t. 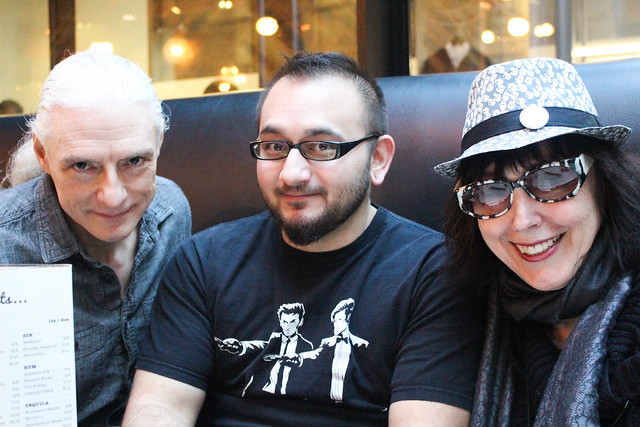 We were out with friends having a super cool adventure downtown and wanted a place to get a bite. MeeT has a great online reputation, is in a great location and has fantastic ambiance. 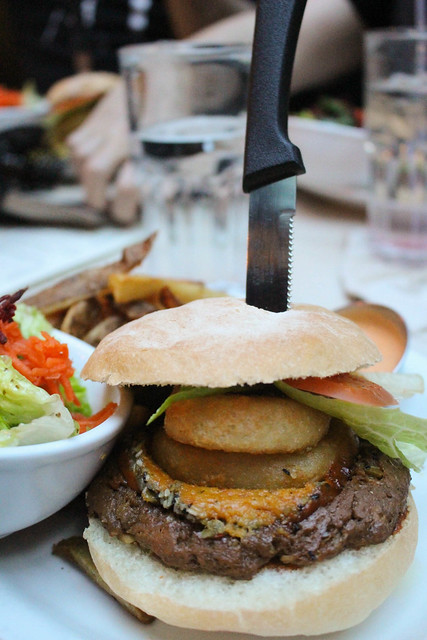 I started to get a little suspicious when I saw items on the menu like “aged cashew-cheddar” and “hemp-based caesar dressing”. I scanned the hamburgers section. All I saw was, “…all burgers are served with crispy fries AND salad, come on a kaiser bun with lettuce and tomatoes.” Sounded good to me so I ordered the Southern Barbecue Burger:

“…our house-smoked burger with whisky bbq sauce, 2 crispy onion rings and aged cashew-cheddar cheese (*onion rings contain gluten).” OK, nothing about it being a lentil burger, soy burger… I thought I was in the clear. 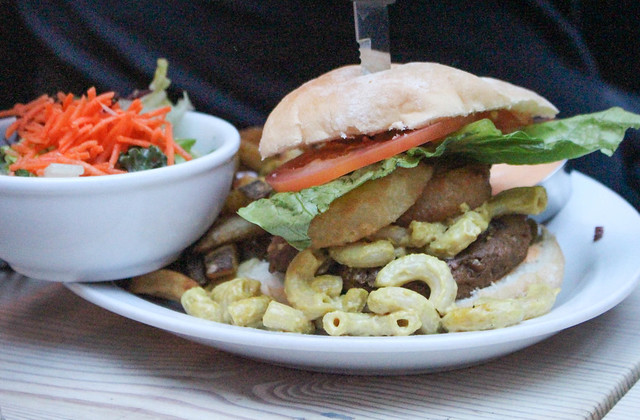 It was not until after we ordered that we noticed at the bottom of the menu, “All menu items are vegan AND gluten free”. Bloody hell. I was going to pay +$14 for a burger that did not contain meat? I asked the waitress what exactly was in the burger and did not get a clear answer. 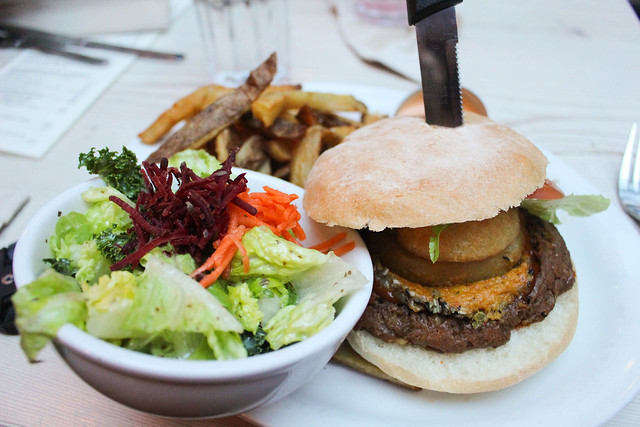 To this day, I have no idea what I actually ate. All I know is like most vegetarian dishes it was too sweet for me. Had I known it was vegetarian, I would never have ordered the southern BBQ knowing it would make it even sweeter. I would have ordered the portobello mushroom burger, damn it.

I was a vegetarian for over three years and if I was still one, MeeT in Gastown would be a great place to go. That said, I am not. I feel like the restaurant was misleading and just confirmed I never want to be a vegetarian again. We had great service, were seated immediately and overall had a great experience but deep down, I was pissed. I felt like I was duped and did not enjoy the food.

I will not be back.

BTW, here is the response from the restaurant “Hey Suzie! The patty consists of non-soy plant based proteins, primarily wheat and barley. Other veggies are also added for texture, taste and nutritional content. The cheese is cashew based and our BBQ sauce is a house-made whiskey based sauce. Hope that clears things up. Holla if you have any further questions!”