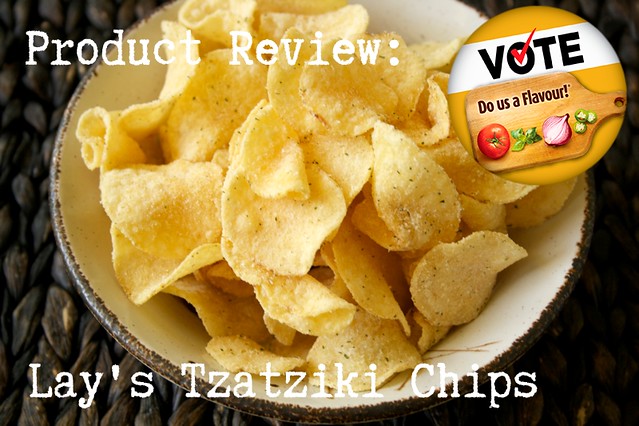 Lay’s has done it again and come up with four new flavours thought up by Canadians for their Do Us A Flavour Contest. 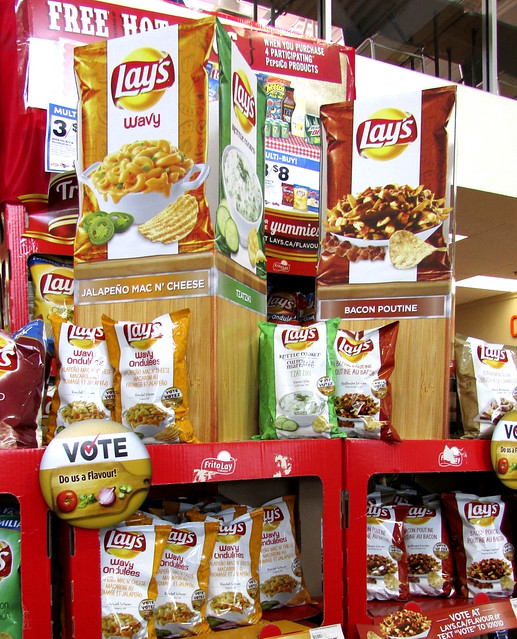 The company was kind enough to offer to send me the chips themselves but with the house hunting trip and the move, it was just so complicated. So, when I saw the four flavours on display waiting for me at the store, I had to get them! 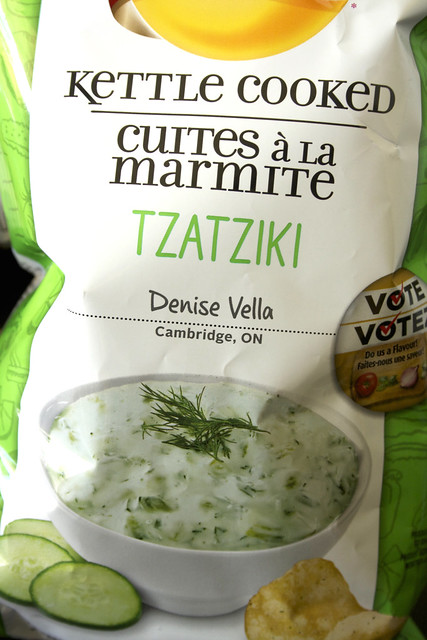 I personally think that the flavour for tzatziki chips is genius. The chips include “extractives of cucumber, dill & yogurt” and they also added sour cream which really coated them with flavour. 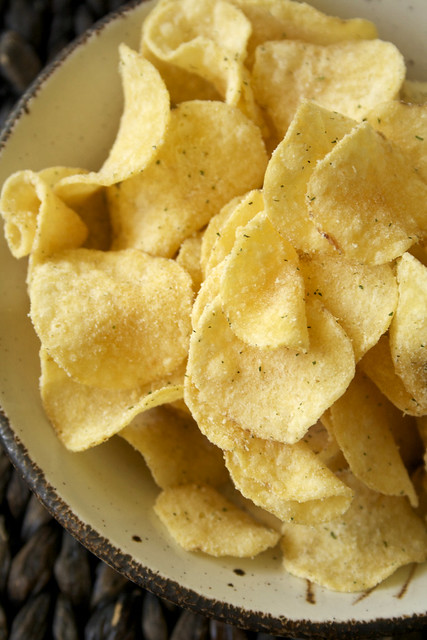 Unlike the other chips, they are kettle cooked so they are extra crispy and I love how tiny they were. These are all good things but there is one big problem that ended up making these my least favourite of all the contenders.

They tasted like fish! Yup, there was an off-putting flavour that just ruined everything. I did not mention it to Reg when he did his taste test and after eating one he said, “Is there fish in these?”

I personally have never made tzatziki with anchovy paste and now I know I never will. I have no idea what happened to make them taste so “wrong” but it is such a shame. 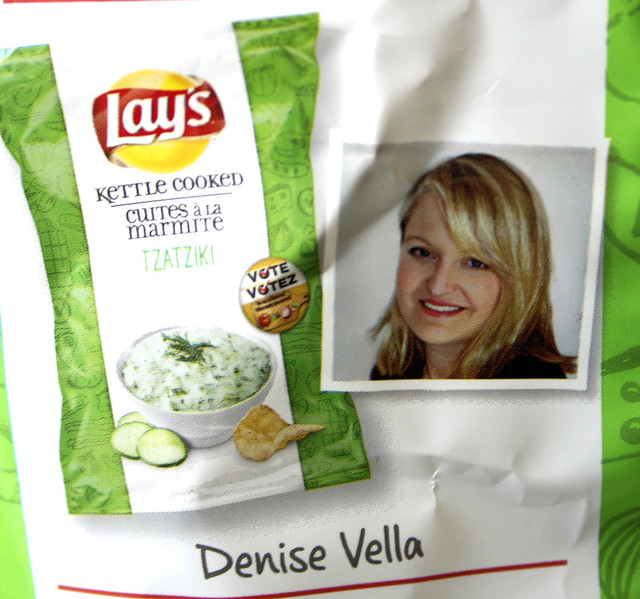 I am so sorry Denise Vella (Cambridge, ON). They took the flavour you love and screwed up somehow.

“I fell in love with Greek food and flavour twice. First while backpacking through Europe after University and then again when I lived on the Danforth in Toronto. The flavours in Tzatziki take me back 20 years… Yummy!”

There are so many things working for this product but that fishy flavour guaranteed this product ended up in our compost bin. Maybe there is someone out there who loves fishy tzatziki but for me, this product gets one out of five wooden spoons.