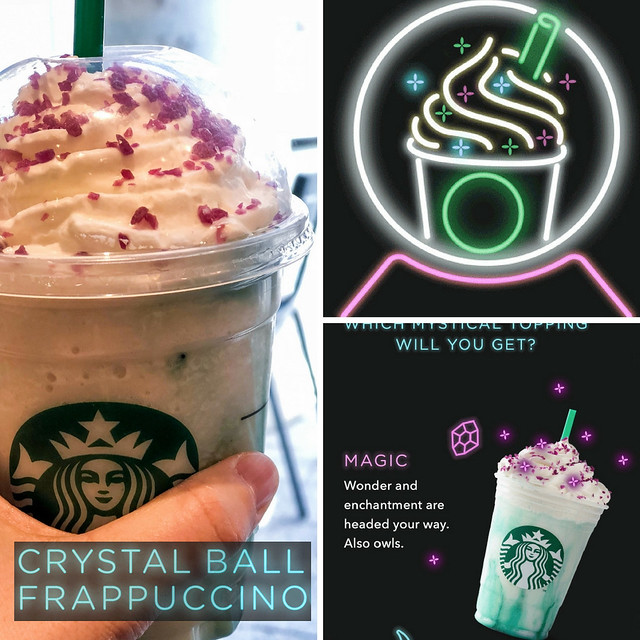 Starting on March 22 for a limited time you can order the Crystal Ball Frappuccino at Starbucks. I had also wanted to try their new Bacon Gruyere Sous Vide Eggs Bites for a while. Perfect excuse to stop by Starbucks and spend just under $12 for an unusual brunch. 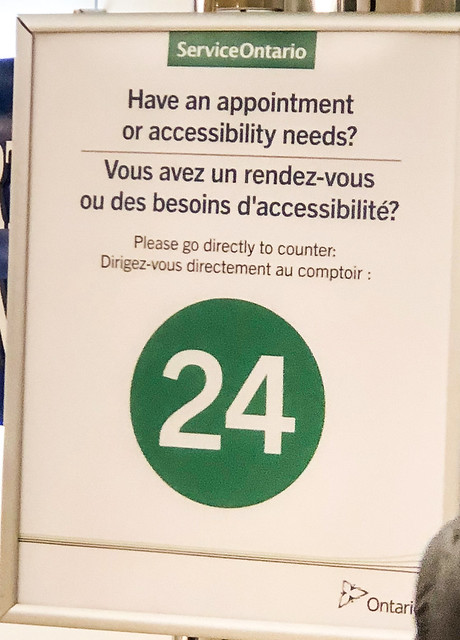 I had been in bed fighting off a family plague and recovering from exhaustion plus vertigo for days and I wanted to accomplish SOMETHING! I thought I could go down and renew my OHIP card and then go out for a treat. 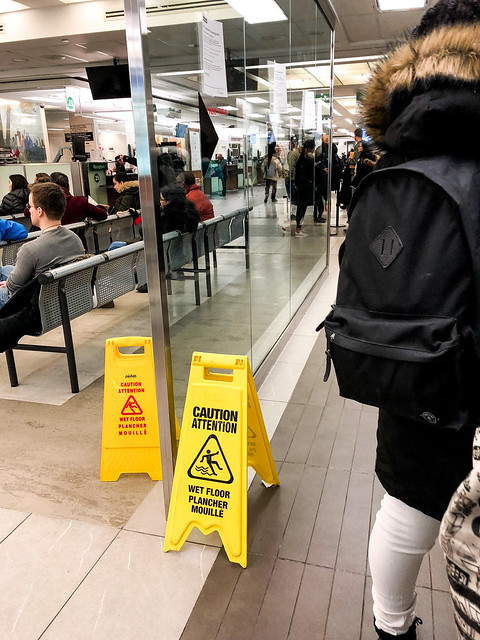 The lineup ended up being secretly way longer than I expected and I regretted not making an appointment but to do so would mean waiting weeks. I naively thought I could just go down and do it no problem.

Turns out I now know how it feels to be treated like a homeless person and was denied until I can prove (in this day and age of paperless banking) that I exist. Until then, I don’t. It was BRUTAL!!! Physically, emotionally… 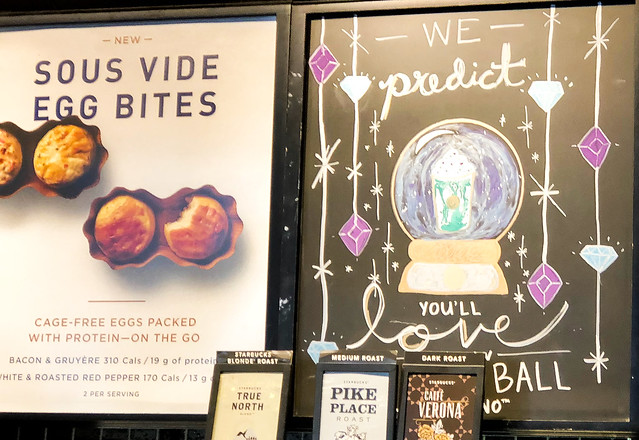 After that humiliation (too long a story to share here) and lots of tears on my way out past the hundred or so people who were in line behind me wondering what the hell did they do to that woman… I found a less-crowded Starbucks.

Crystal Ball Frapppuccino, Take Me Away! 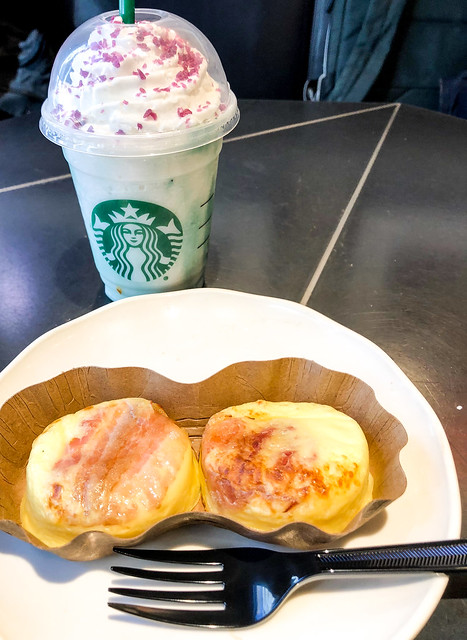 To be honest, I was so hungry I dove into the egg bites first. Damn! Those were delicious. I personally have no interest in cooking my food in food grade plastic and warm water but it was exciting to finally get to try something cooked a la sous vide. I have to say, these were delicious. A bit on the pricy side but if you order an espresso drink right now they are only $3. Do it! You could really taste those three main flavours and they were perfectly balanced together.

I give their Sous Vides Egg Bites four and a half out of five wooden spoons. Only reason they did not get a higher rating is because of the price. They really are perfection. 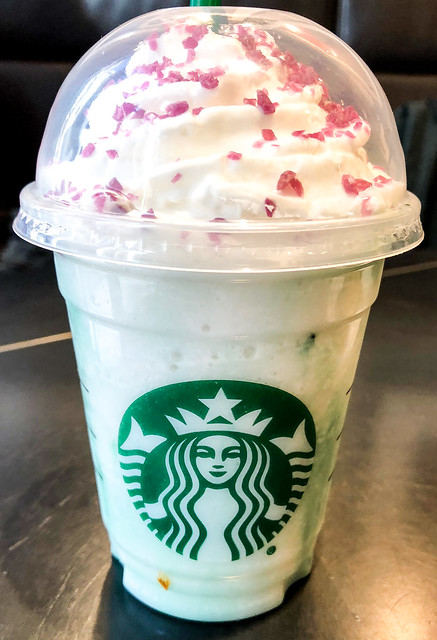 I did not realize that the colour of your sprinkles was supposed to be your fortune. I got magic and apparently wonder, enchantment and owls are on their way to me. Alright! I love all of those things, especially owls. If an owl finds its way to me in Toronto, that will impress the hell out of me. 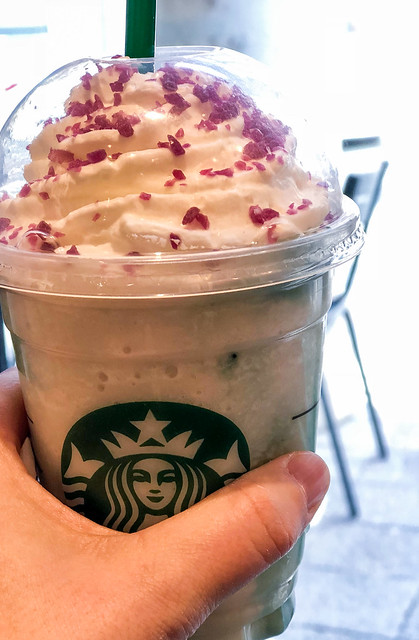 So how was the frappé? It was all peaches and cream. And by all, I mean, that is it. Nothing else. Not very complex. I was hoping that because it was peaches that they would use a real fruit peach syrup but sadly… 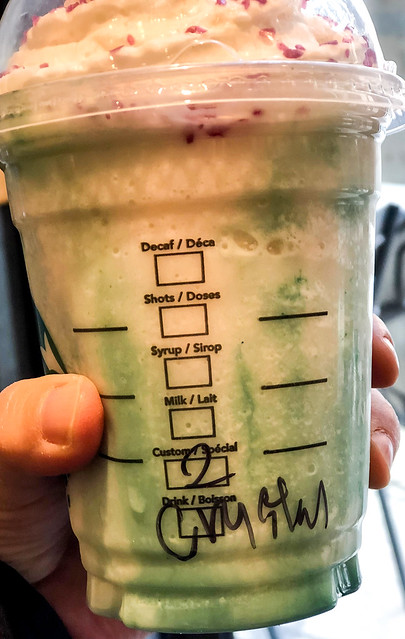 It was very perfumey and fake tasting. I love creamy drinks but because peach can be quite subtle (even the fake peach kind), sadly, this underwhelmed me. 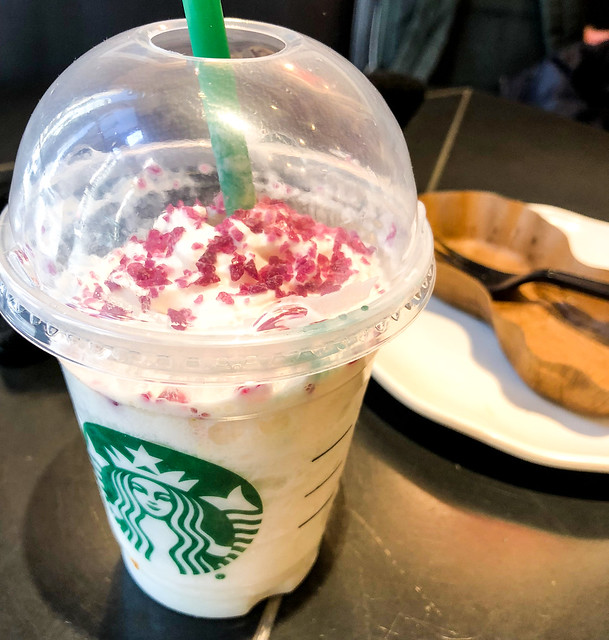 I personally love peach flavour and even I was disappointed. Despite the “magical” fuchsia sprinkles I was more than a little let down. This was not a complex drink at all but maybe they were not going for that this time. If so, they missed the mark by being too one note with me.

Back to bed! Rest, rest, rest…