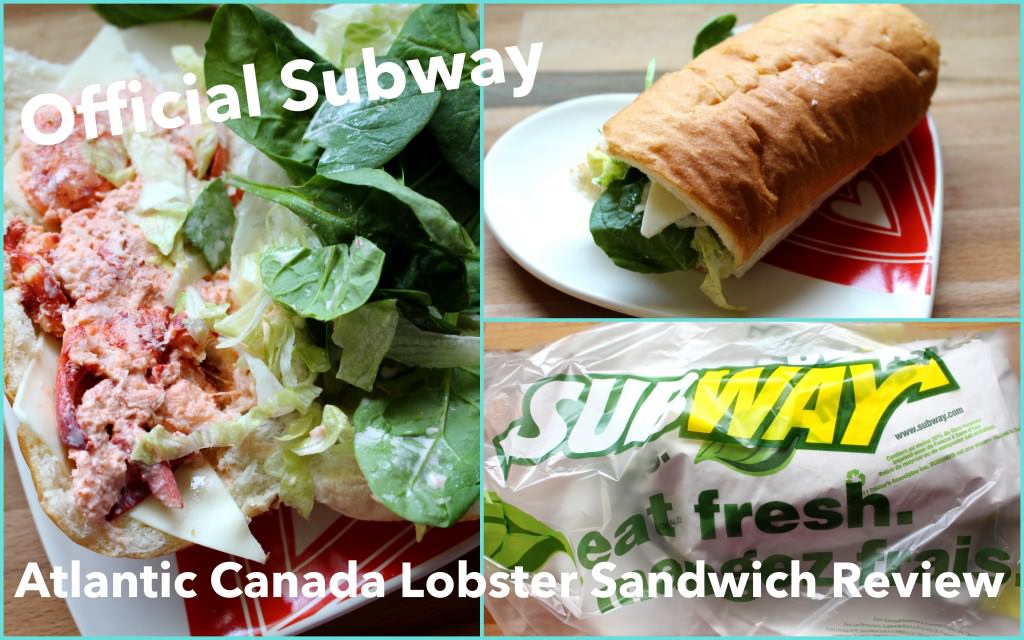 Before I ordered my 1′ Subway Atlantic Canada Lobster Sandwich the way I wanted it. Mostly because, hey, it is Subway, that is what you do! Then I realized they are marketing it a very specific way: “The sandwich is made with delicious, tender chunks of Atlantic Canada lobster meat, lightly tossed with mayo and complemented with crisp shredded lettuce on freshly-baked Italian bread for a true Maritime experience.” 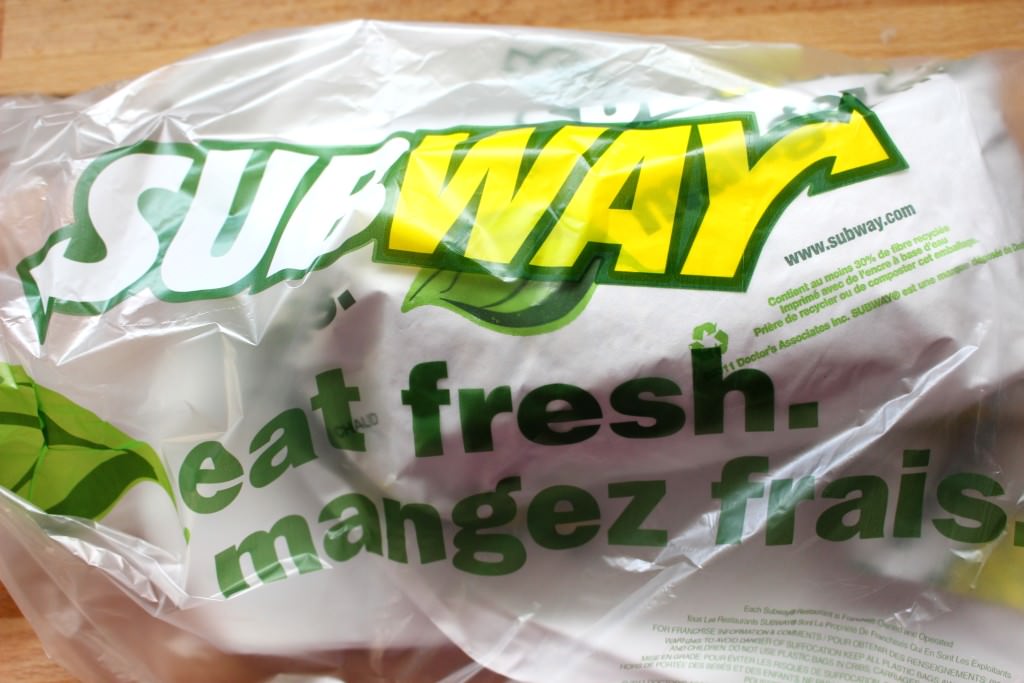 So I went back and got another one. I told our sweet guy at the restaurant I wanted it exactly like it was advertised. Of course he asked me if I wanted cheese and I said, uh, yes, of course! Then I thought back, doh, I don’t think the advertised one has cheese. After that I insisted, JUST like the one on the poster outside. 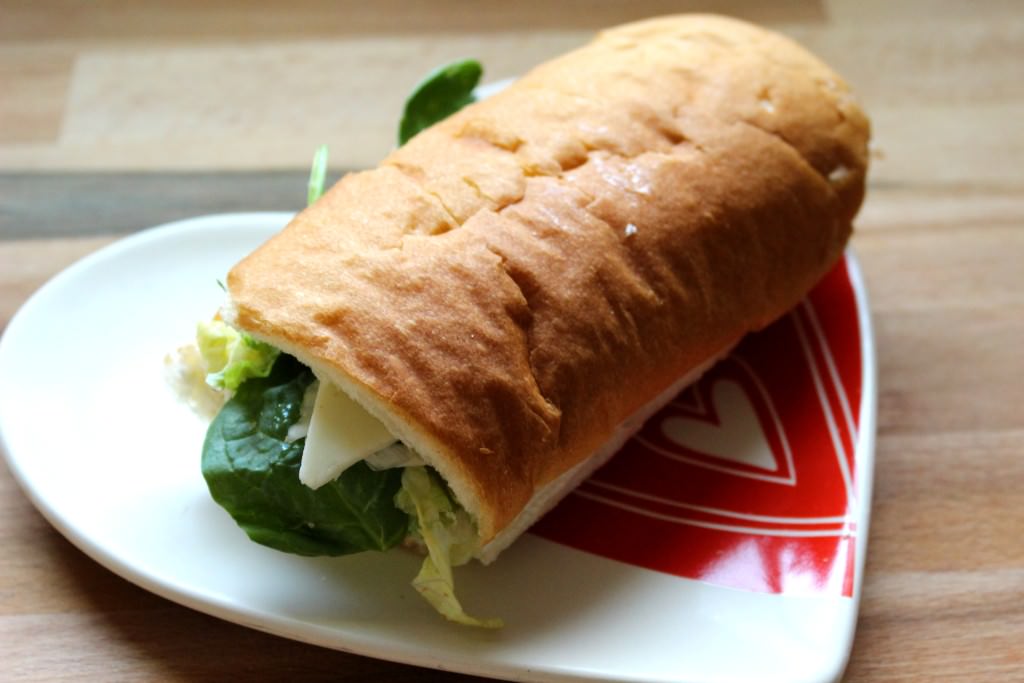 OK, I also got spinach BUT I did NOT get extra mayo! Turns out that there is not a special bun for this sandwich, it is just their regular white Italian bread. 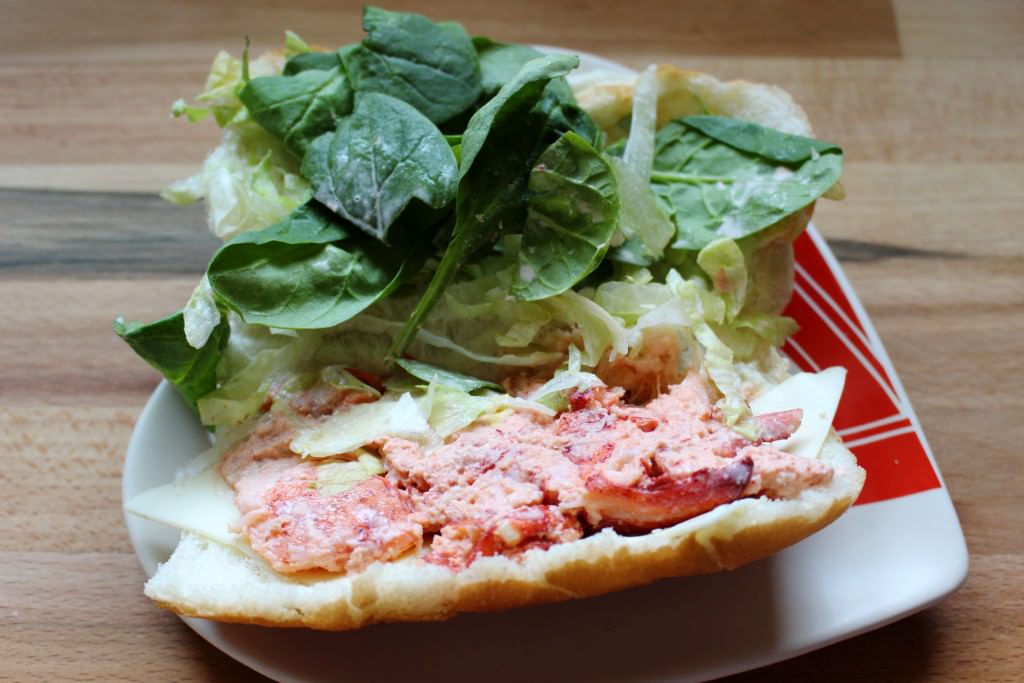 As you can see there was both knuckle and clearly claw lobster meat on the bun. But, the bun was so thick in comparison to how much meat there was. People have been writing to me that their sandwiches were soggy but mine was not this time. We carried it all the way home too so there was a ton of potential for it to be soggy by the time we got home but mine was very dry. 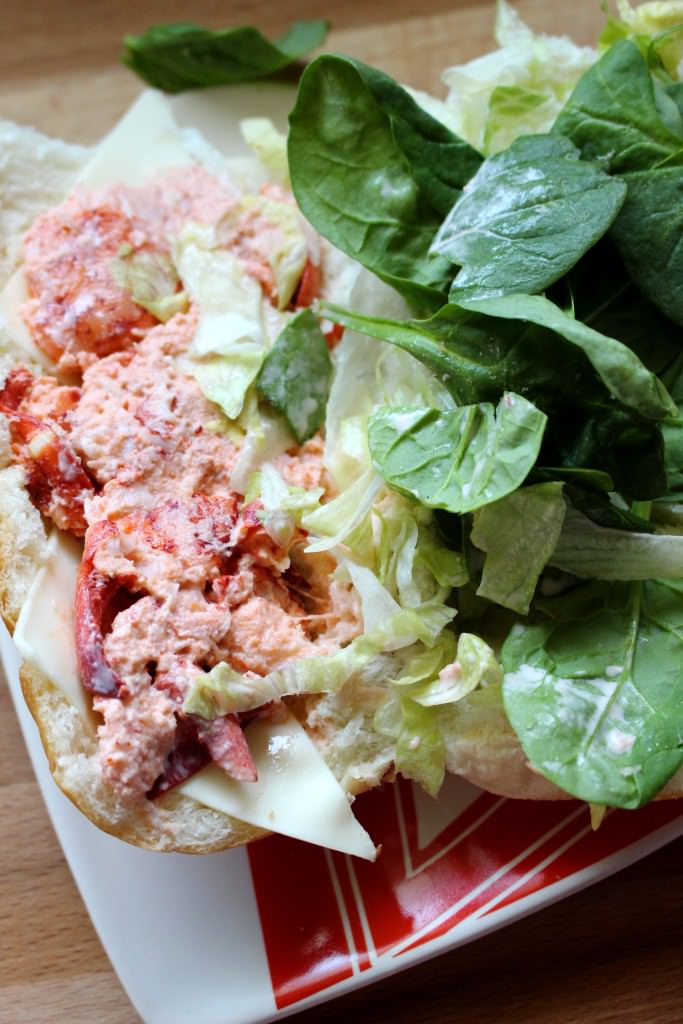 Too dry. I took a bite and there was too much bread and not enough mayonnaise, hence why I ordered it on flatbread with mayo last time. 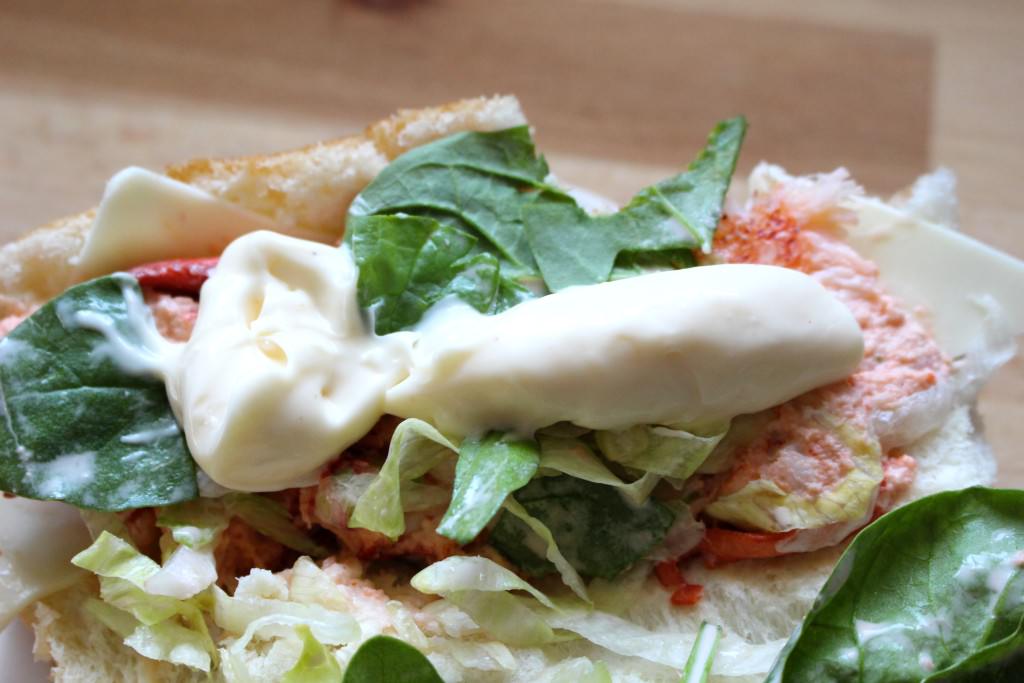 That is why I brought it home, just in case and then I could “fix it” in my kitchen. 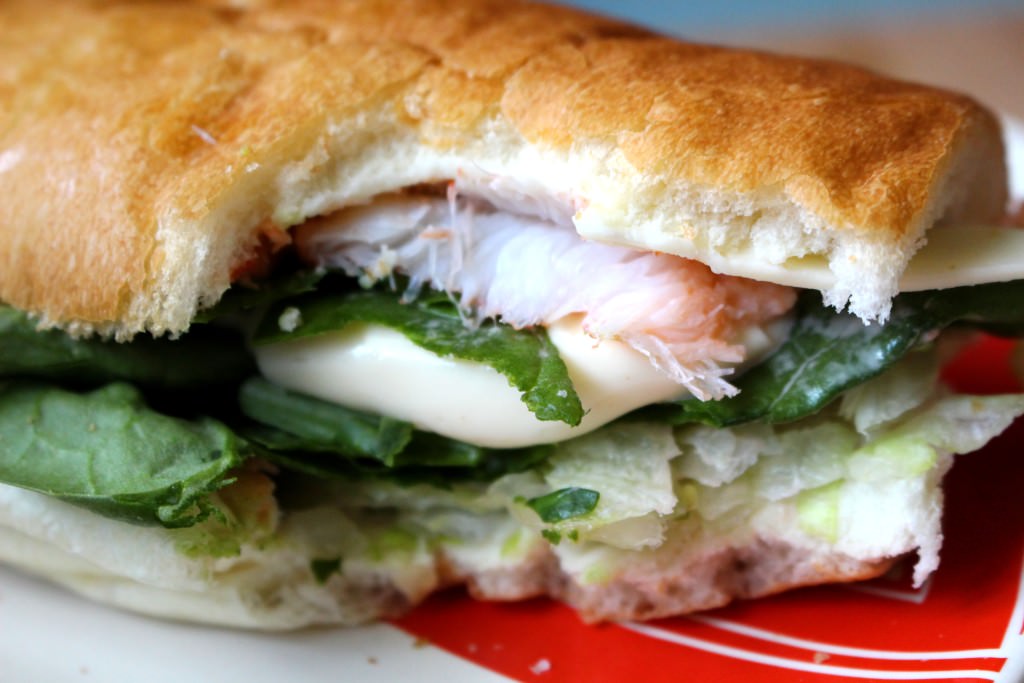 All that bun hid the taste of the lobster and it was just too dry. I can only give the old school Maritime version three and a half spoons out of five wooden spoons. Good news is, decorate it and flavour it up the way you want it and make it fabulous. You know how you like your sandwiches and at Subway, all you have to do is ask.