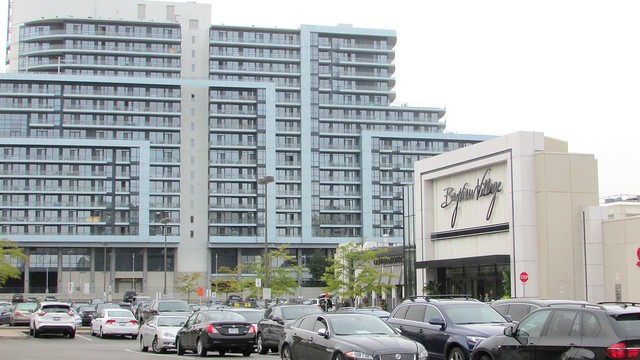 Oh how weird it is to go back to Bayview Village! Mostly because of how much it has changed. When I lived in this neighbourhood, that giant building did not exist. 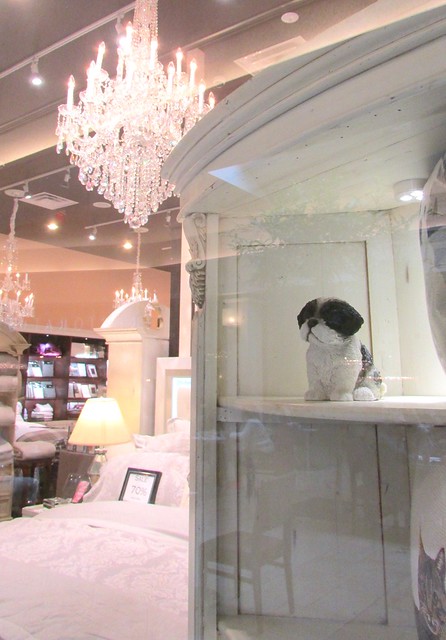 It has always been an upscale mall but now, it really shows it. 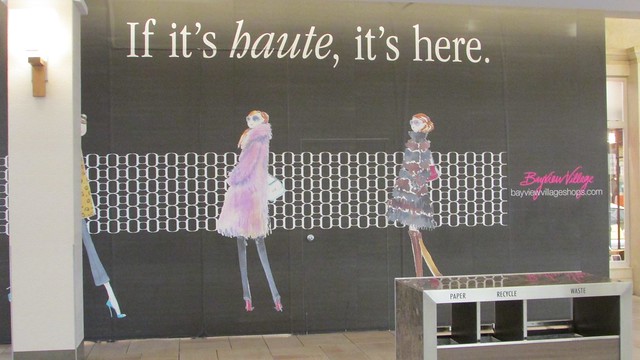 Unabashedly! I used to work at the bookstore there and wear jeans every day, feeling like an outsider. 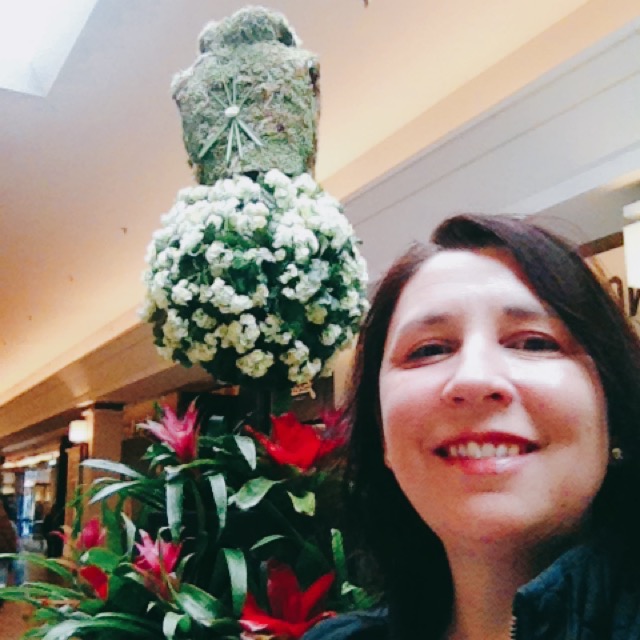 Not much has changed except for the topiaries! 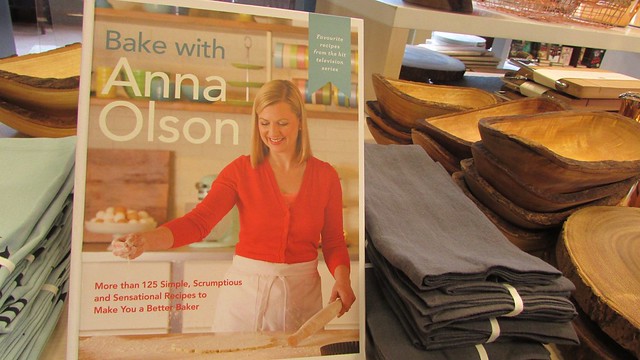 I was meeting old dear friends there and as usual, I got there really early. I went to Chapters because Anna Olson had been at that location the other day launching her new cookbook. I wanted to go but I was too sick! I showed up days later hoping there were some autographed copies but with no such luck. 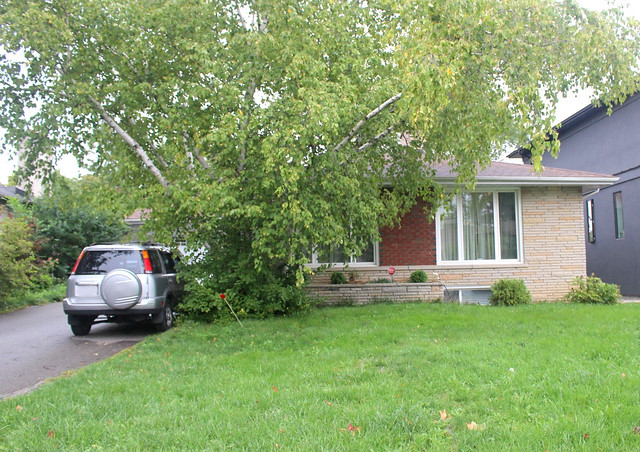 I met up with my friends that dated back from senior kindergarten to high school! I asked them if we could drive by my old house. With all the mansions going up around it and discovering a SOLD sign on the property, I think this is going to be the last time I see it before it is replaced by  a monster house. We continued on to drive by our old junior high and high school on the way to the pub. 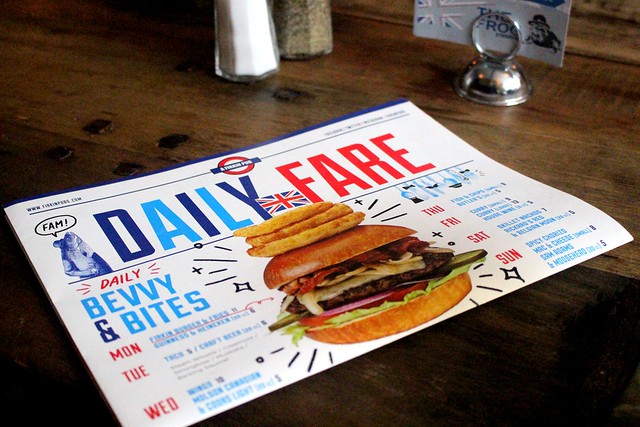 When we got to the Frog & Firkin for a late lunch, I had no idea how much this pub chain was going to be a part of my visit to Toronto. 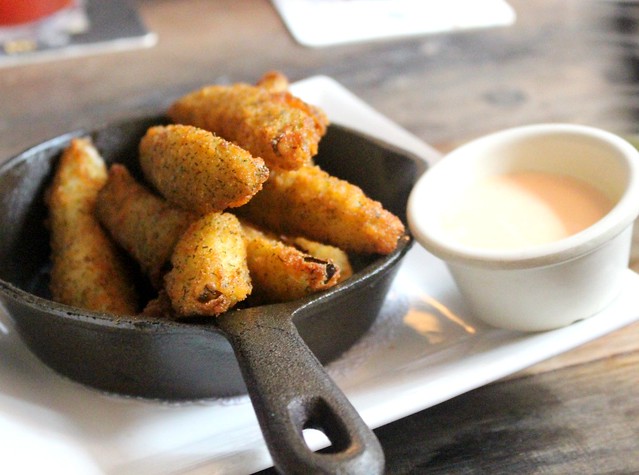 We ordered lots of finger food like the deep fried pickles, onion rings… 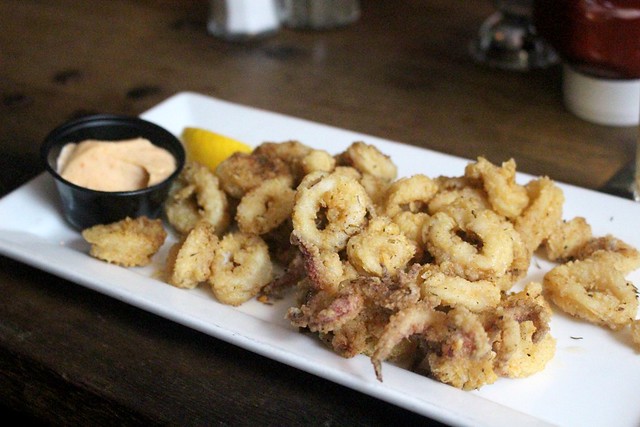 I ordered the calamari (hold the fried jalapeños) which was good but not as crisp as I would have liked. 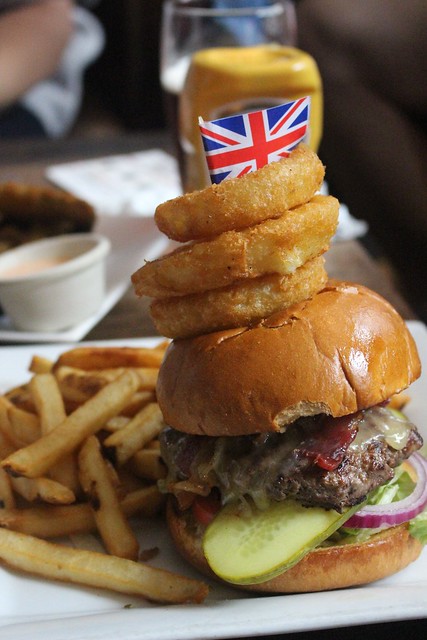 Stuart ordered a burger and holy crap was it huge! 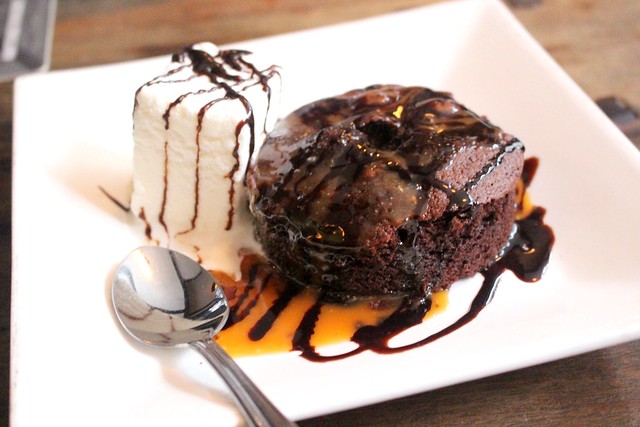 We were there for quite a while so we even ordered some of the desserts. I tried the Salted Caramel Lava treat which was quite delicious. 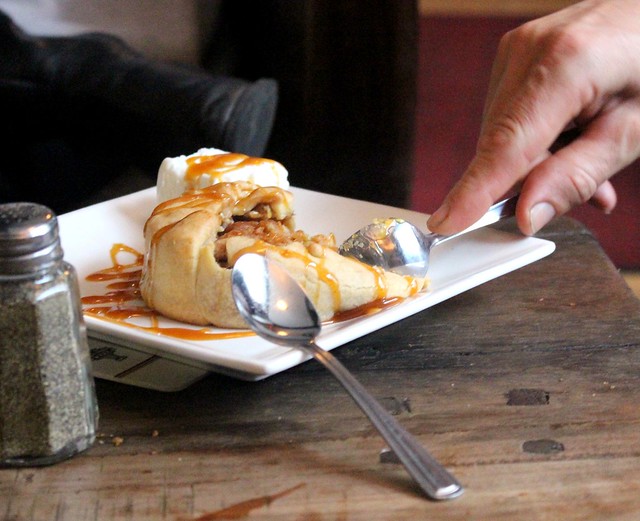 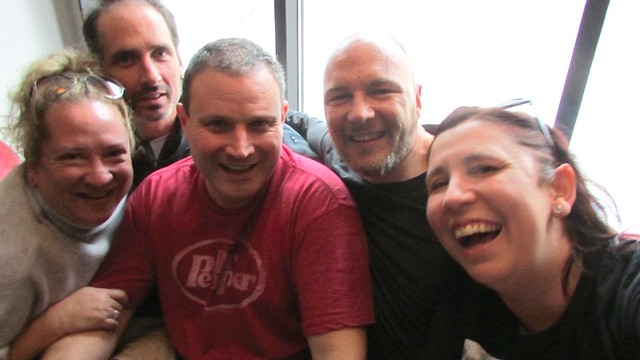 As great as the food was, for me, it was all about the company. It was amazing to get together one last time as the group of friends we used to be. It was kind of shocking how little has changed.

I am so grateful for this experience, I will forgive the not-so-crispy calamari.