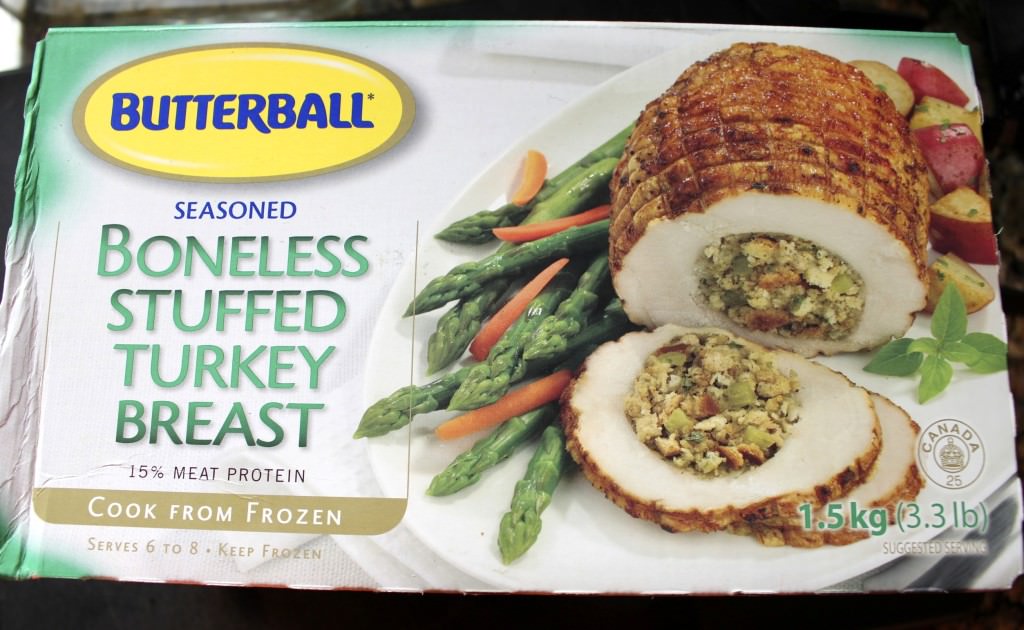 Since there were no fresh turkey breasts anywhere at my store I picked up a Butterball Seasoned Stuffed Turkey Breast over the weekend to make for Thanksgiving. 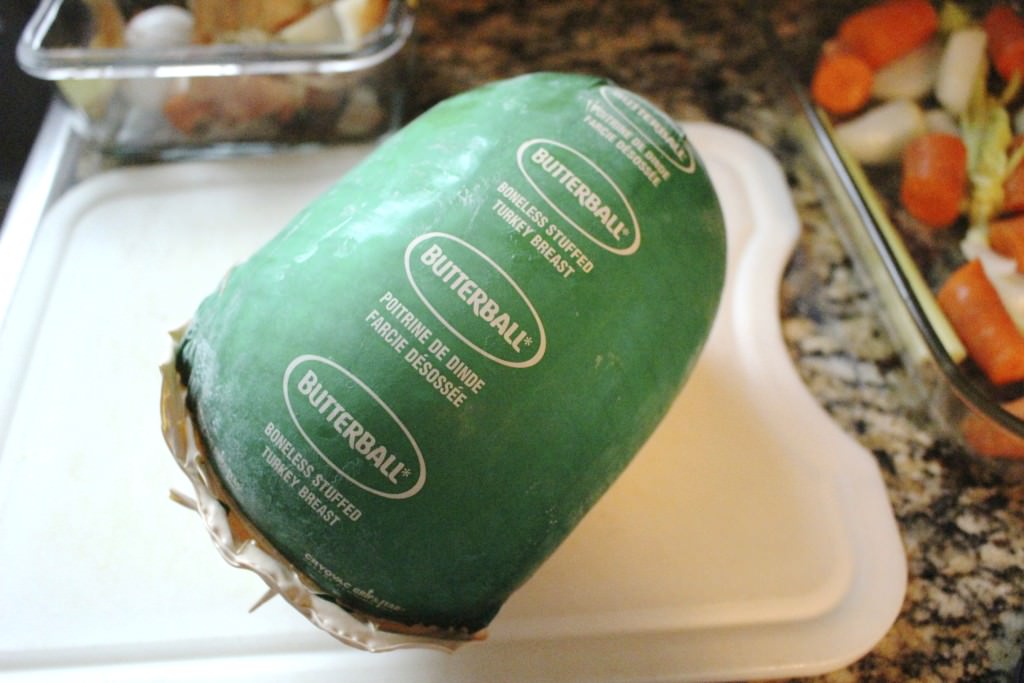 Inside the box you will find a sealed turkey breast. 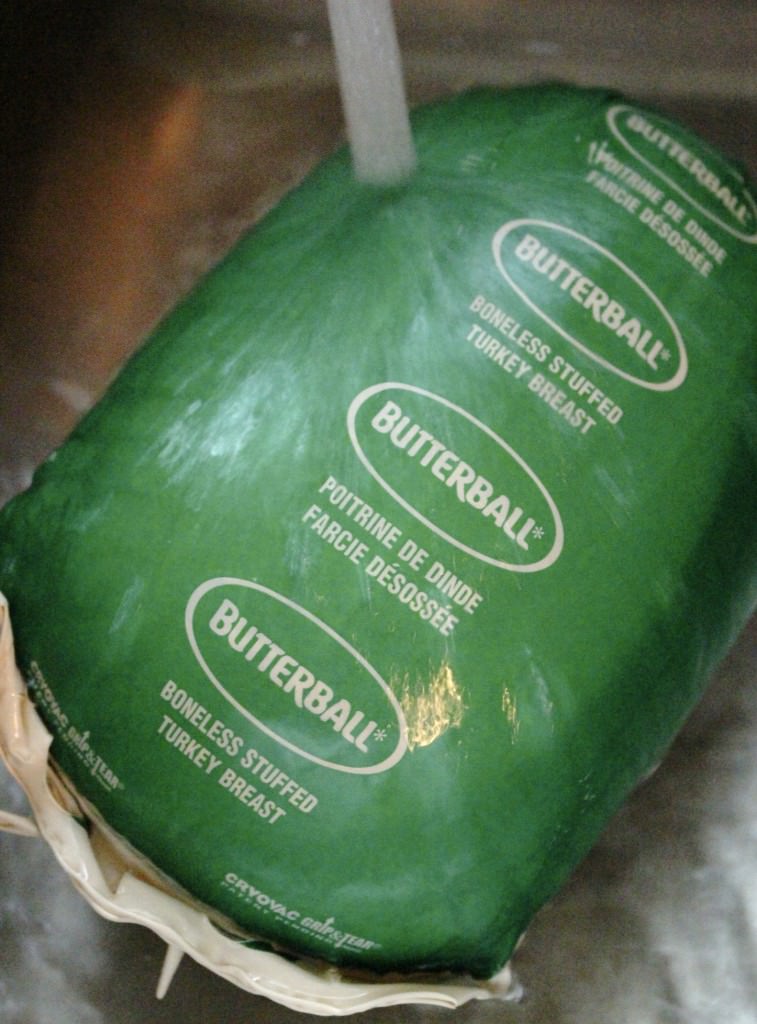 Before putting it in the oven you need to let warm water run over it for a minute. Then you can open the bag. 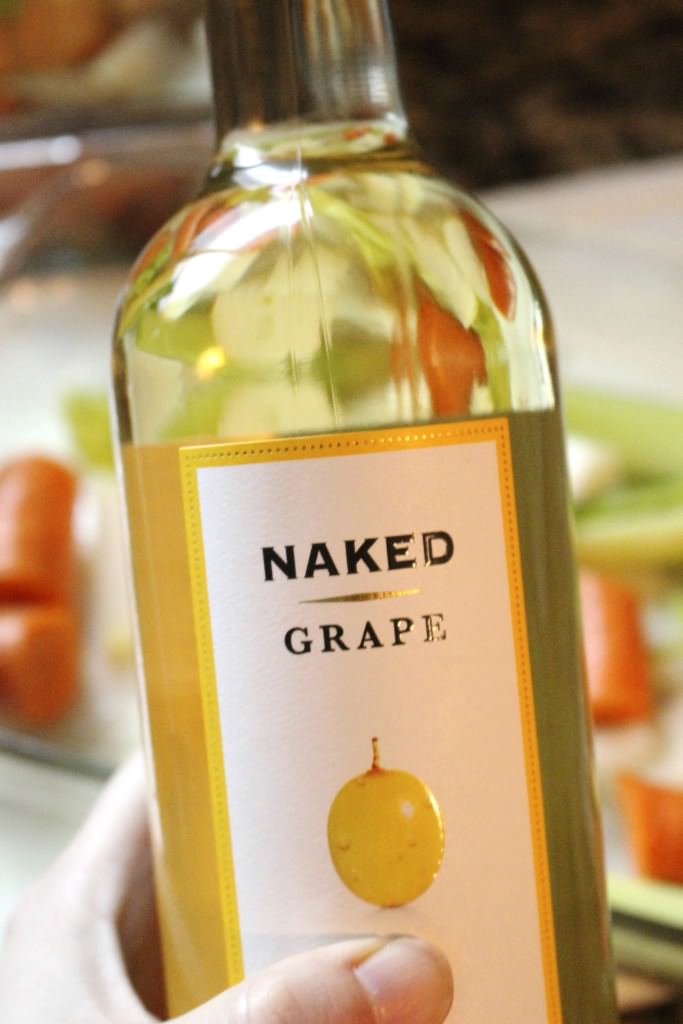 For Thanksgiving I invested in a bottle of Naked Grape Chardonnay, my favourite wine to cook with. 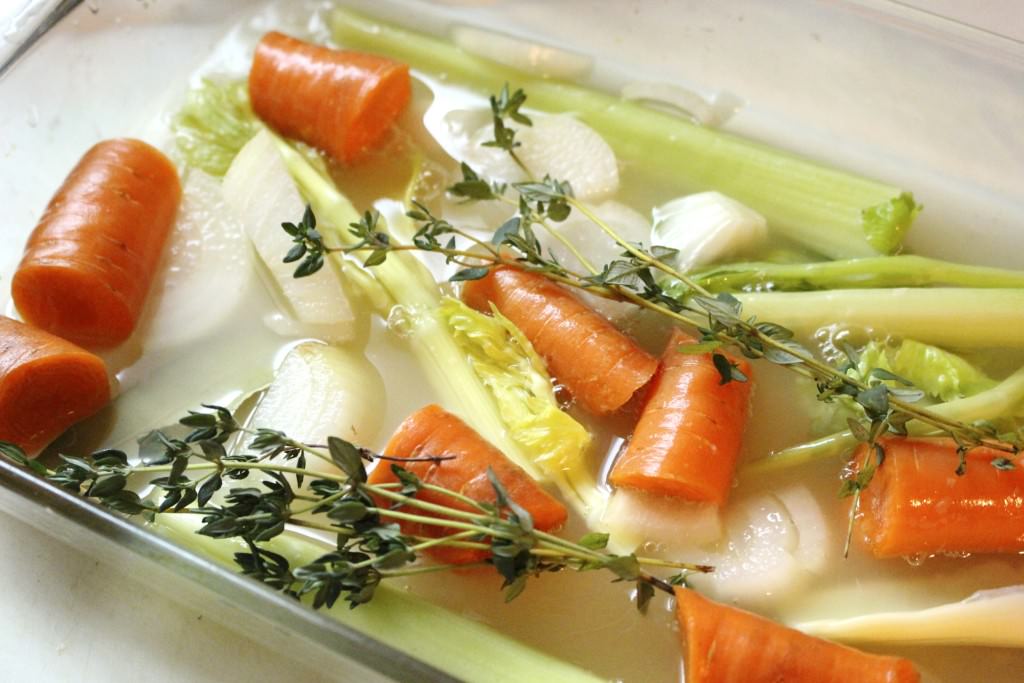 The box said to place the turkey breast on a rack in a shallow roasting pan. I wanted to use this small casserole dish so I would have space in the oven to bake other things so I used a lot of veggies on the bottom to create a makeshift rack.

I also added some of the chardonnay, fresh thyme and broth to hopefully make a little gravy, although I was warned on Facebook that this probably would not happen. 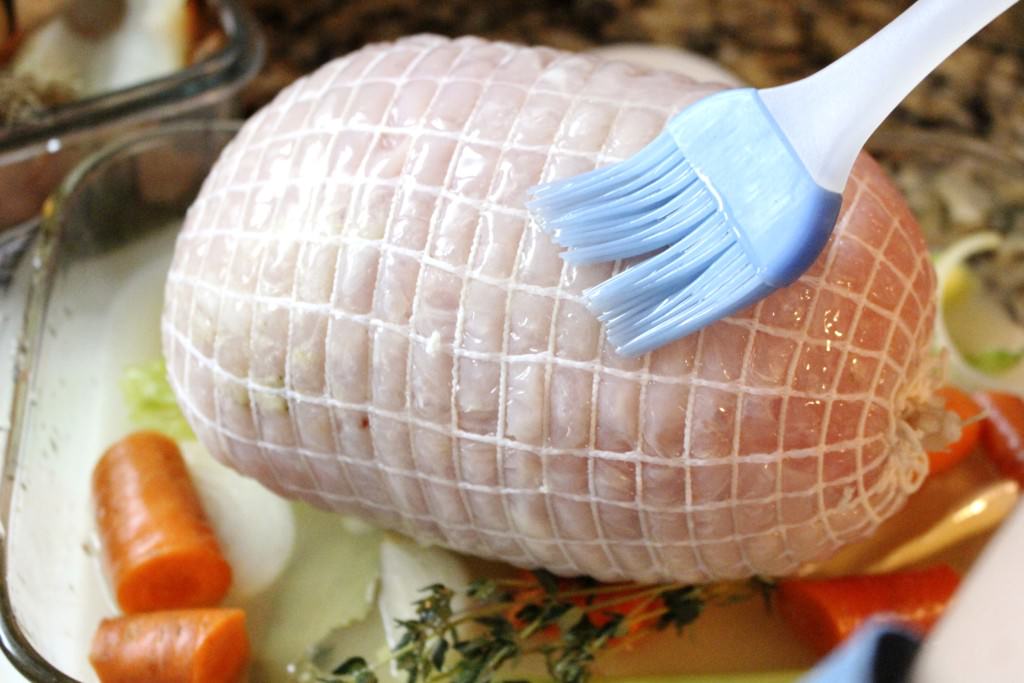 As directed, I brushed with oil to prevent from drying. I used grape seed oil because of its high smoking point. 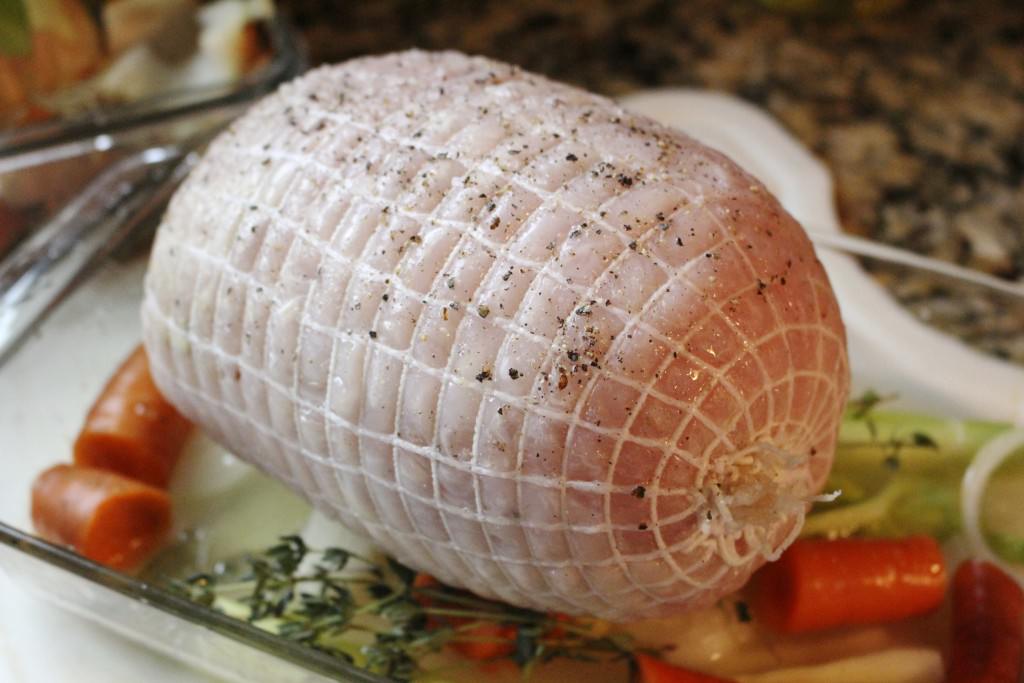 I also added some salt and black pepper. 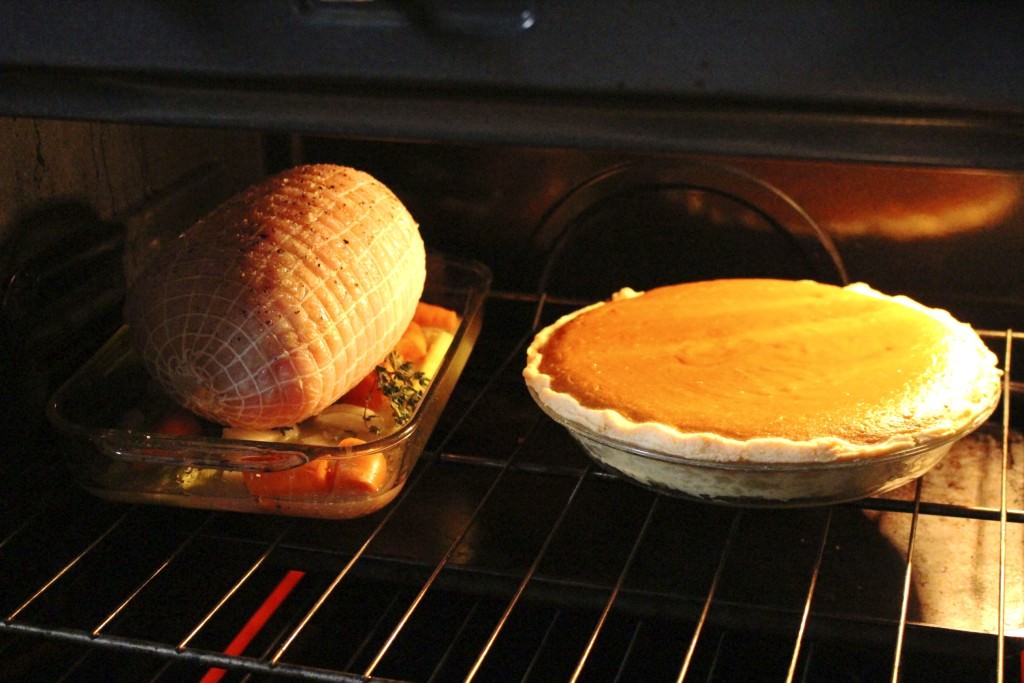 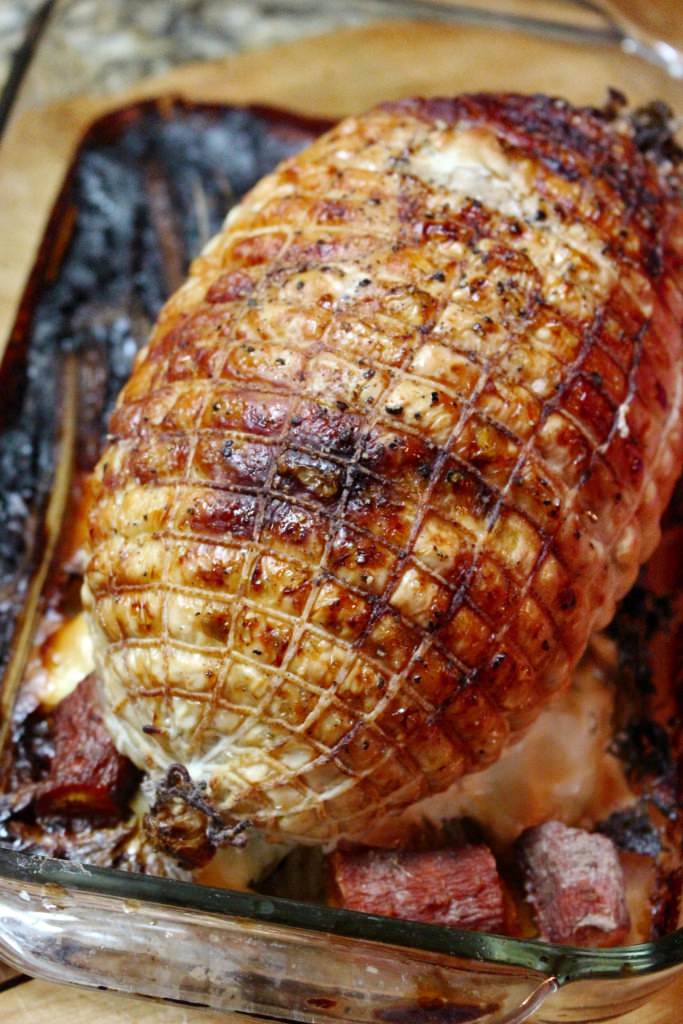 The turkey was so lean, there was no way in hell there was going to be any gravy. Thankfully I decided to make my own mushroom gravy! 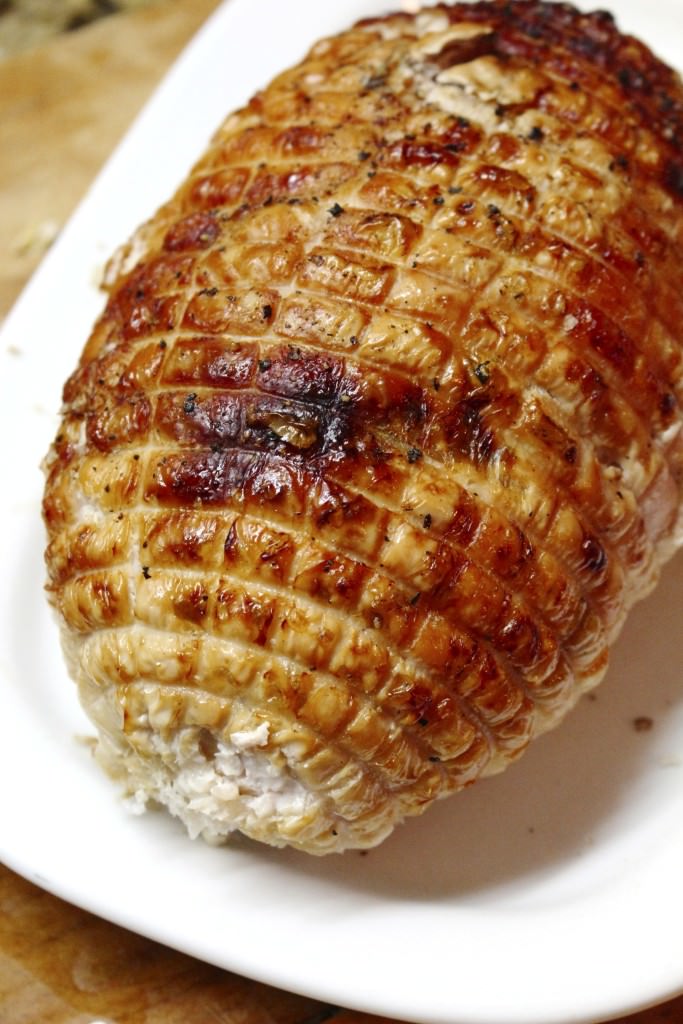 I did not find it to difficult to remove the netting after letting it rest, thank goodness. 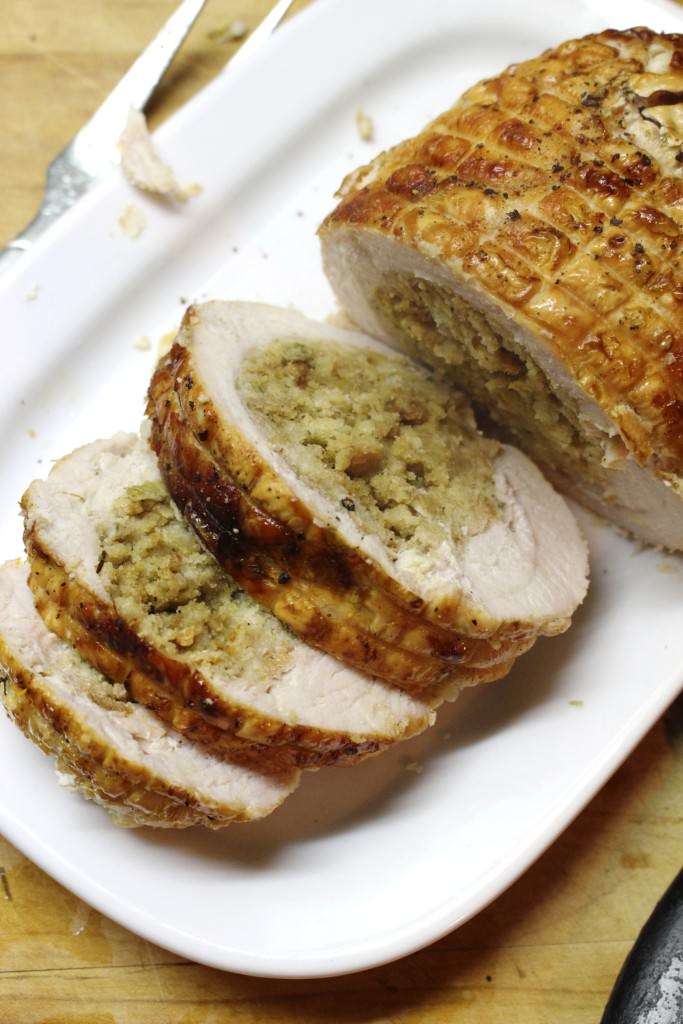 The exterior had a wonderful crunch to it and carving it was a dream. 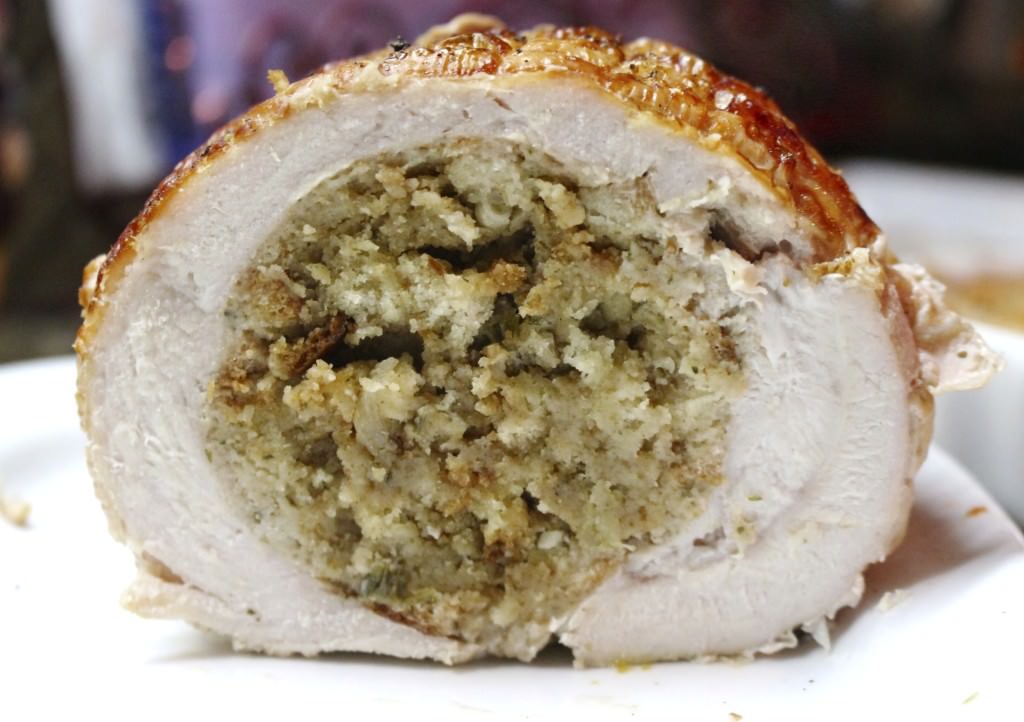 I love that the turkey breast was stuffed to the max!!! It was a very traditional stuffing of bread, onion, celery and parsley. 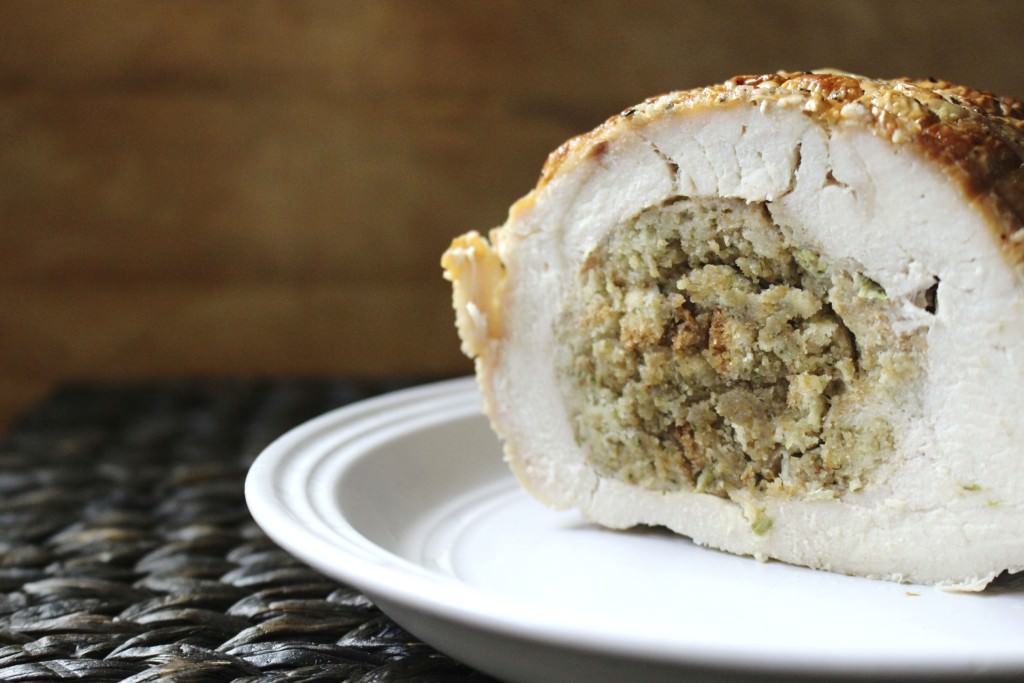 The turkey was phenomenal! Soft, moist, fabulous… The stuffing was wonderful too which rocked because I forgot to pick up a box when we were shopping.

The meat was done perfectly and on time, according to the directions. I paid $14.99 for it and will get some leftovers for dinner tonight. I could not have asked for more.

It really made our Thanksgiving and allowed me to focus on making fabulous side dishes and dessert. No, it did not give me gravy but my roasted mushroom gravy was delicious so no worries there.

I give this product five out of five wooden spoons.