You are here: Home / Vancouver / Canada Day in Vancouver 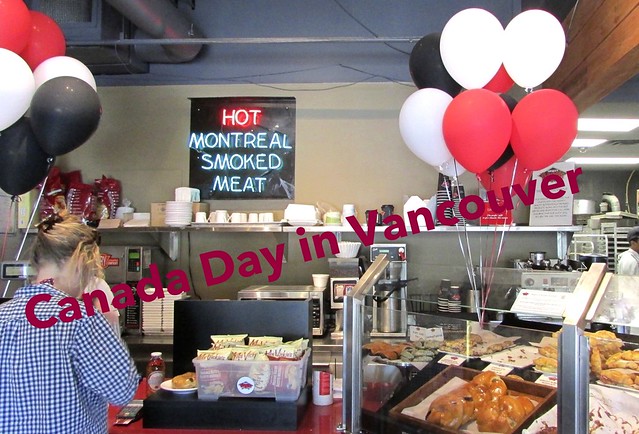 Reg and I wanted to go downtown for Canada Day and every time we do, we seem to find ourselves at Siegel’s. This tradition goes back back to the first time we lived in Vancouver in 2000.

Canada Day was the company’s 25th anniversary and they were giving away free bagels with cream cheese! 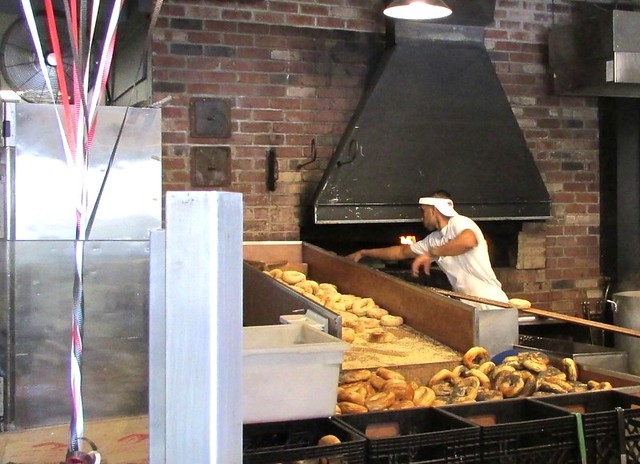 Their bagels are made right in front of the customers in the Montreal-style tradition: “…our bagels are boiled then baked in a classic wood burning oven which gives them a genuine crusty outside and chewy inside that is so satisfying to sink your teeth into!” 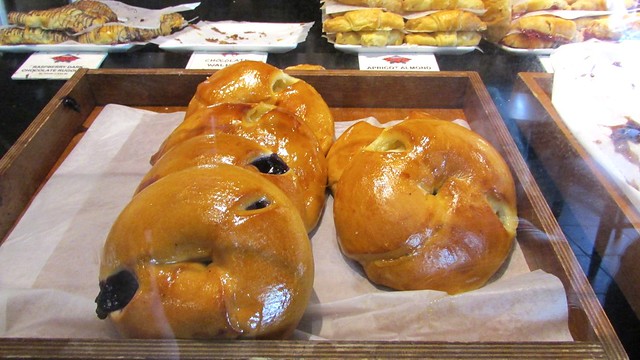 They also have other treats like this giant bun which I have no idea what it is! But next time? I am getting one. 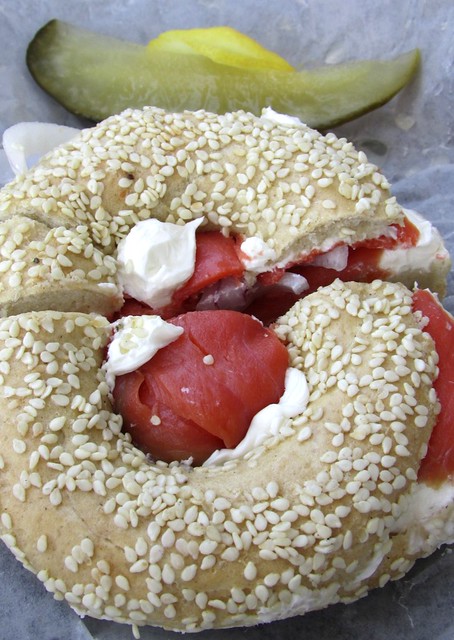 I wanted lox on my bagel so I paid full price, around $9. Reg got turkey on a rosemary and rock salt bagel. Delicious! Both came with a super-sour pickle.

We also picked up Starbuck Frappuccinos. I think I have accidentally turned Reg into a convert. No stinkin’ mini frappés though! 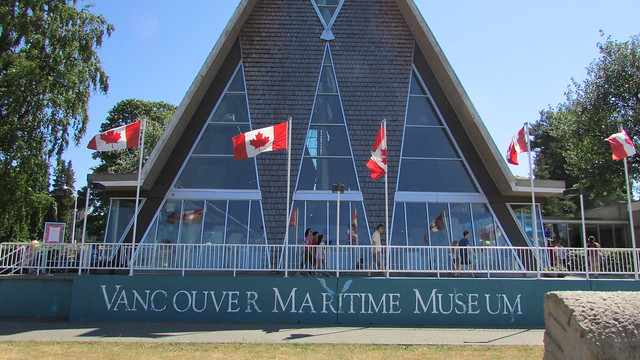 Our main focus for going downtown was to visit the Vancouver Maritime Museum which was open to the public on Canada Day. 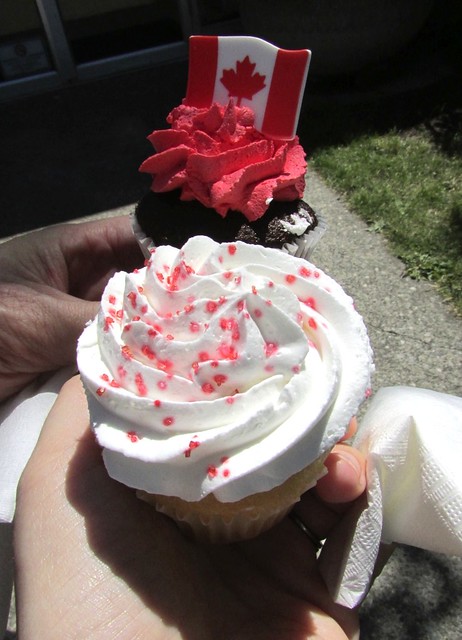 We got free dessert to boot! These Canada Day-themed cupcakes were heavenly! 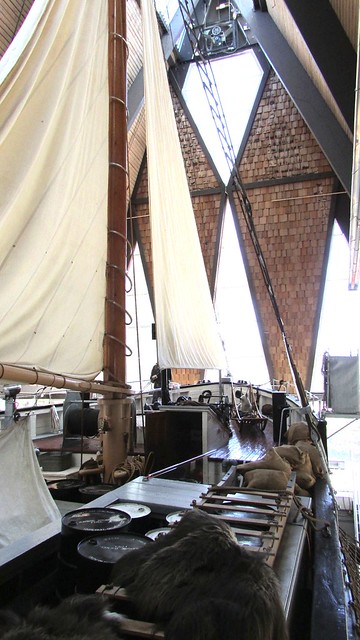 After we enjoyed our treat we entered the museum and boarded the St. Roch. 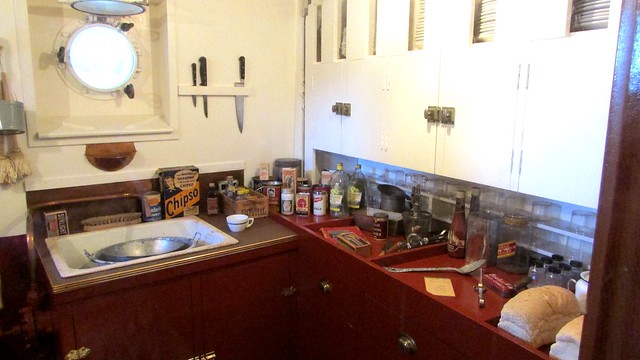 Here is a sneak peek at the “galley” AKA the ship’s kitchen. I love the tin of Magic Baking Soda and what the heck is Chipso? 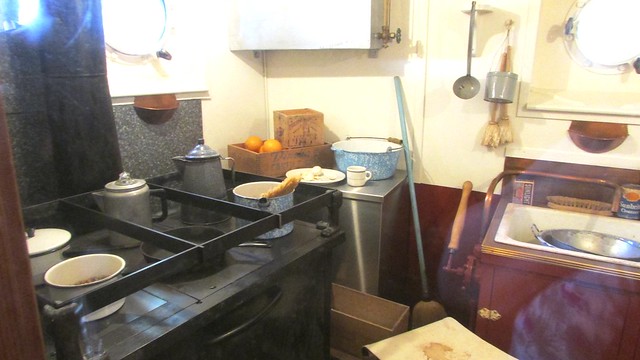 My heart warmed seeing the two stovetop coffee makers, especially the percolator. I love my percolator! Although do you really think they ate spaghetti on this Arctic voyage? You never know. 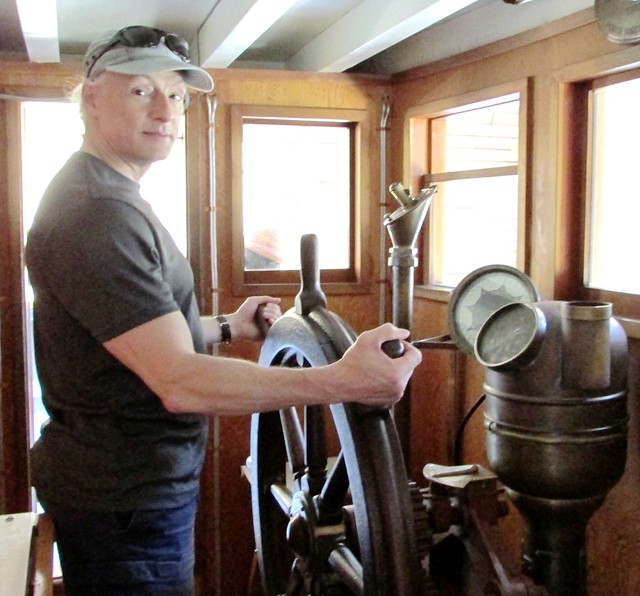 Of course, anything to the do with being on a ship is a little bittersweet, especially when Reg looks like a natural behind the wheel of a ship. 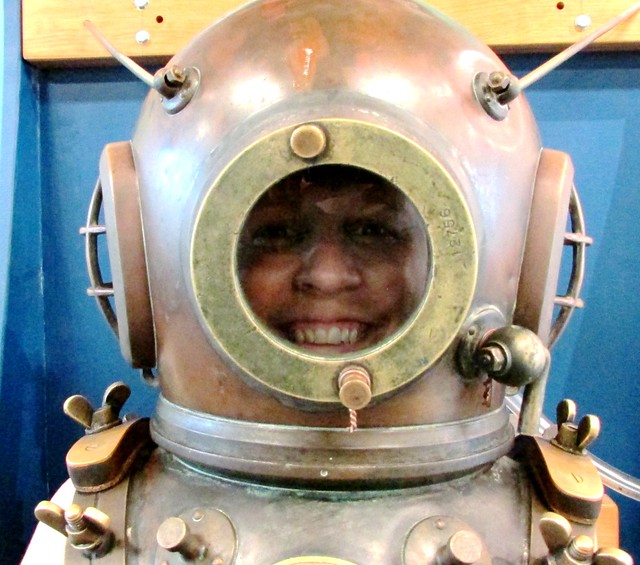 But some silliness was also in order. I think I look more like an alien than an old-school diver in this helmet!

But it was the water and all the ships actually wrestling with the waves that caught our hearts. We have had quite the heat wave in Vancouver and the rough winds off the Pacific felt so wonderful! 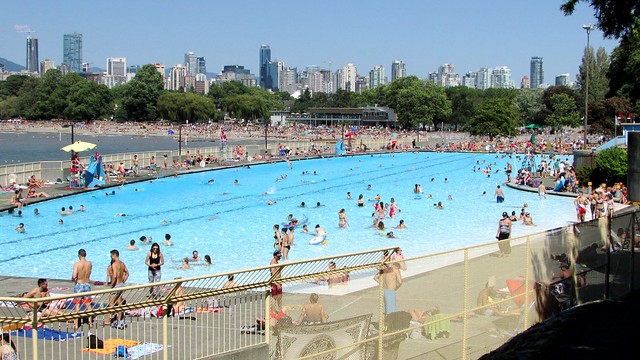 It truly appeared like everyone and their entire family was downtown on Canada Day. We are coming up on a year pretty soon since our move and are still totally in love with our new/old home.