You are here: Home / Vancouver / CandyTown? I don’t think so… 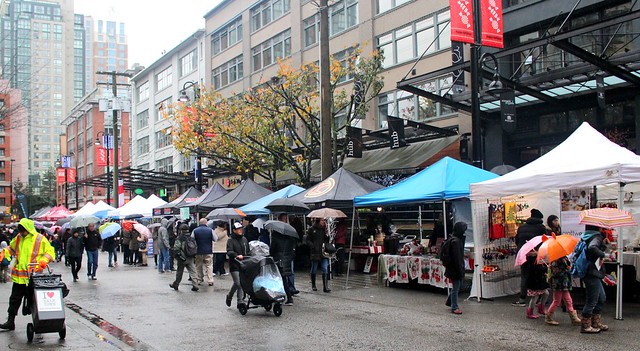 It is rare for me to write about something before going to it but I did so for CandyTown 2016. The promise of candy was just too hard to resist, even on a super crappy rainy day in Vancouver. 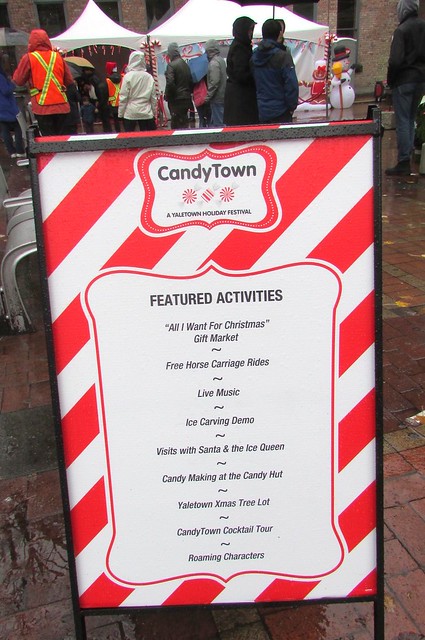 I braved the elements and took a bus and Skytrain down to Yaletown and was so grateful the event was literally right outside the station. 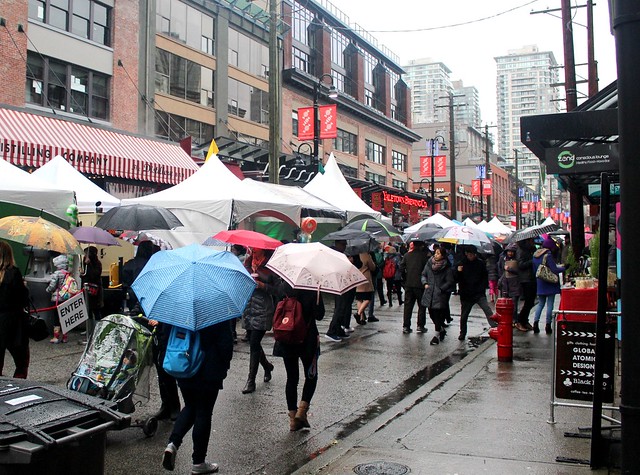 Many other people did too. It is November in Vancouver. It is going to be wet and it was very wet as you can tell by the sea of umbrellas along Mainland Street. 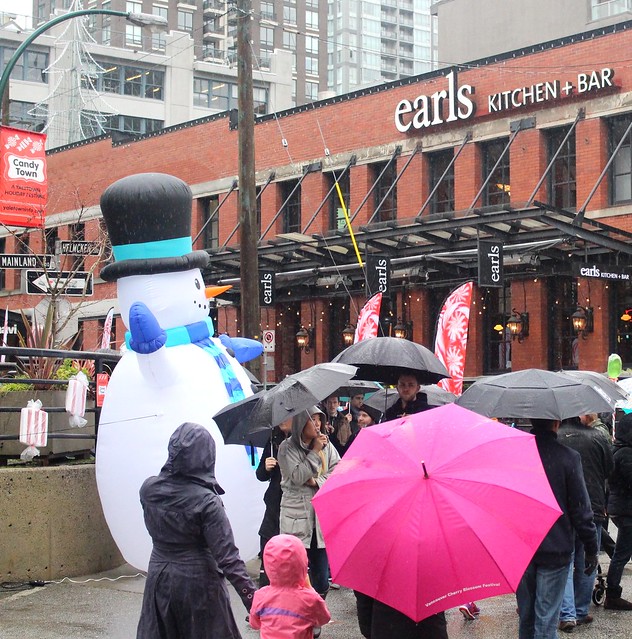 But I did not see roaming characters. I saw some blow-up Christmas characters like this snowman.

I also had a hard time seeing where the candy was. I walked all the way to the end of the street and made my way down past the food trucks, the retail vendors… 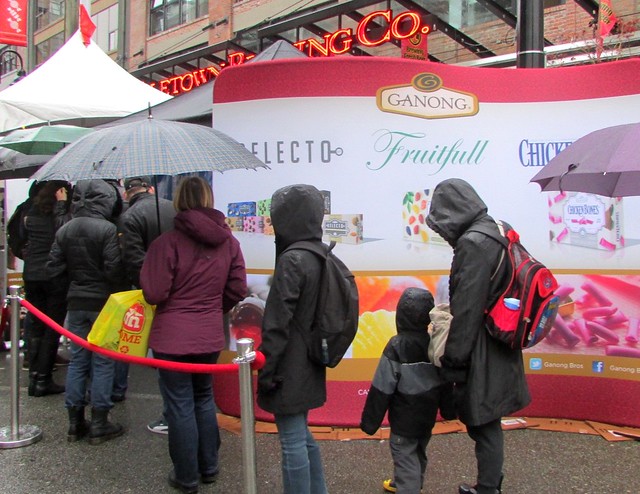 I finally saw this lineup at Ganong’s booth and joined, hoping for the best. 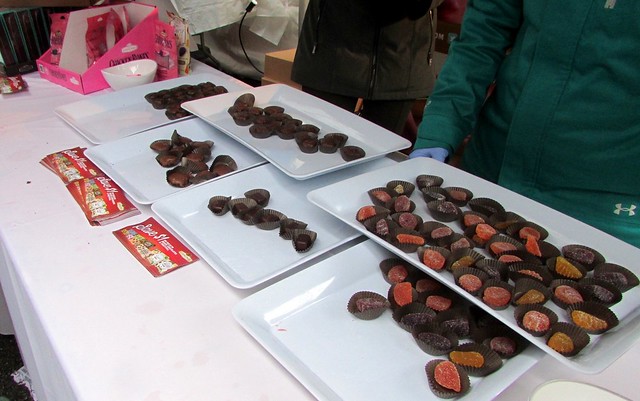 They were actually giving out free samples of their jellies and chocolates. Candy! Finally! 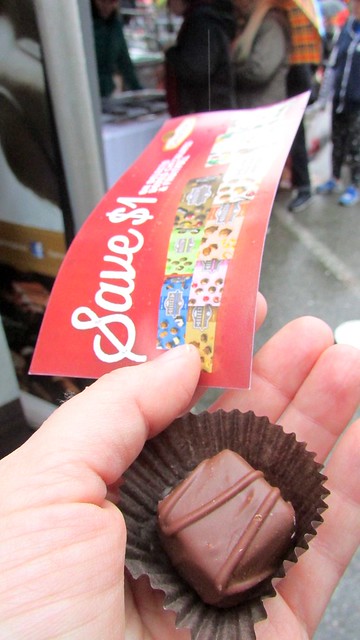 I got this lovely chocolate covered-caramel (which was hard as a rock thanks to the cold weather) and a coupon. Very nice. 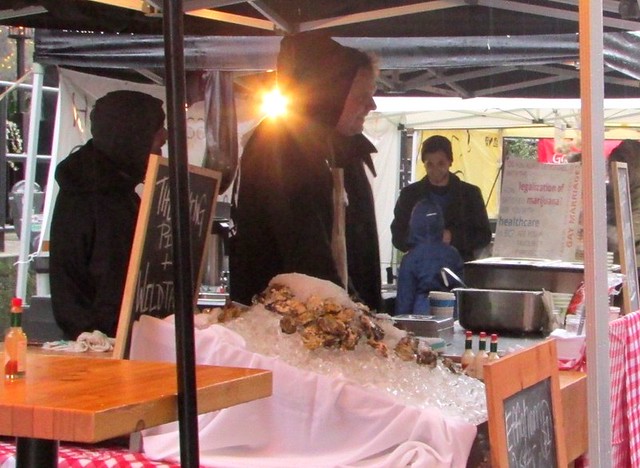 But that was kind of it. Everyone was selling just about everything from women’s razors to pies, to jams and jellies to oysters but what about the candy? And oysters? Seriously? Because oysters and candy go hand-in-hand? 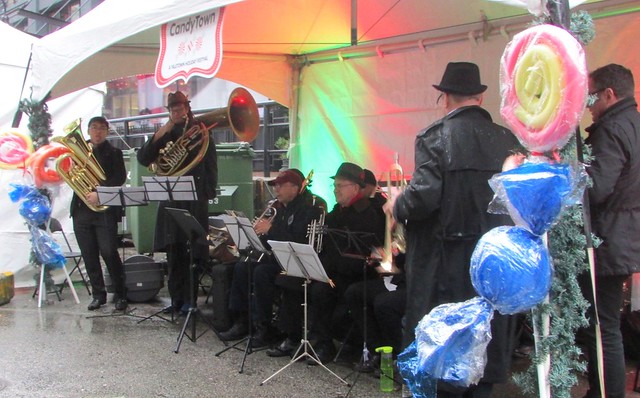 The Christmasy big band music could not cheer me up. I was soaking wet at this point, freezing and getting angry. 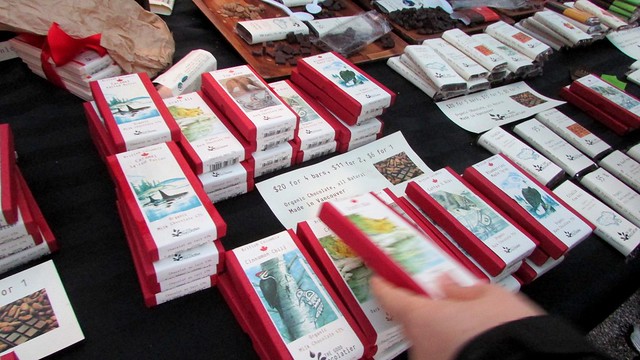 The six dollar chocolate bars could not put a smile on my face. Finding candy amongst all the other stuff with umbrellas getting stuck in my face all the time was no fun for me at all. 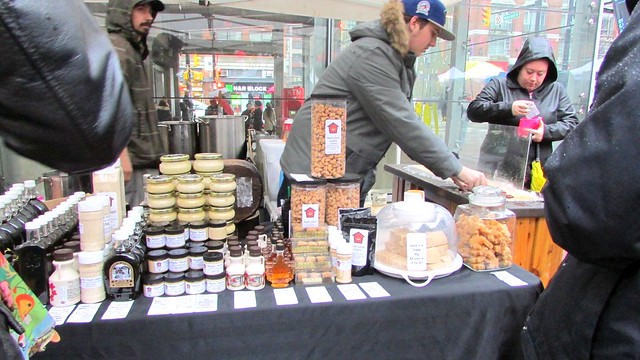 I did find the maple guys who were really making maple taffy for just $3! 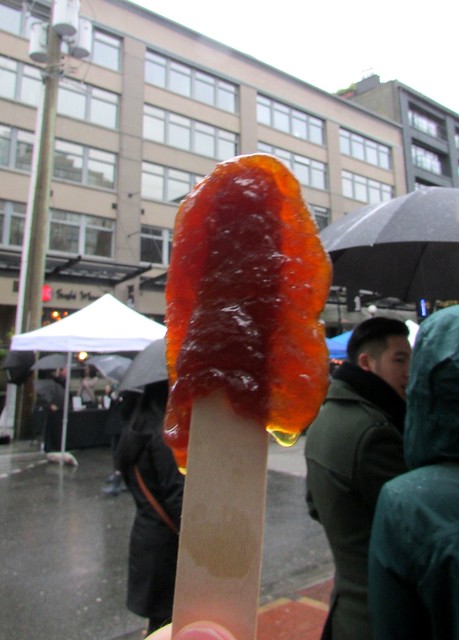 Mine immediately started to fall off the popsicle stick. I barely caught it in time. It was delicious but I was done. 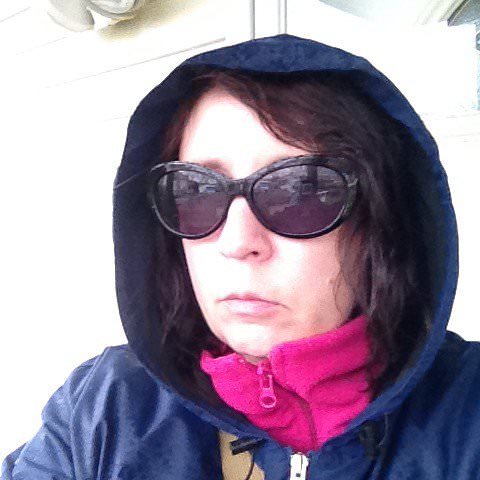 I know it was a free event but me getting there cost a lot. Not just because of bus fare but because I have a disabling disease and getting there was brutal on me. I was promised candy, ice sculptures, roaming characters… Three little booths with treats amongst other items that had nothing to do with candy was not worth the trip downtown in the pouring rain.

They could have done such a better job. For me, this was a total fail. I am sorry I promoted this event. I won’t do it again and I won’t be back.