You are here: Home / restaurant review / Chicken & Waffles At The Ellery 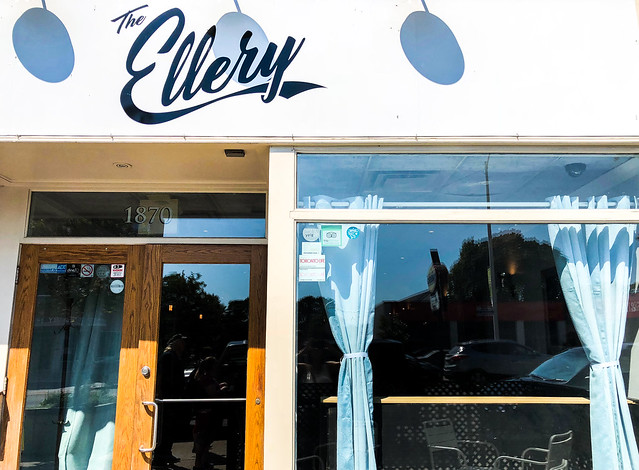 I am a little nervous to write about The Ellery. Right after I wrote about its previous incarnation, Melanie’s Bistro, it shut down. Then after I wrote about fried chicken dinner at The Forth right up the street, it closed down! Both were positive reviews.

Then word spread that the owners of The Forth had taken over Melanie’s which was now known as The Ellery and the question on everyone’s mind was, will they still be serving their incredible fried chicken? 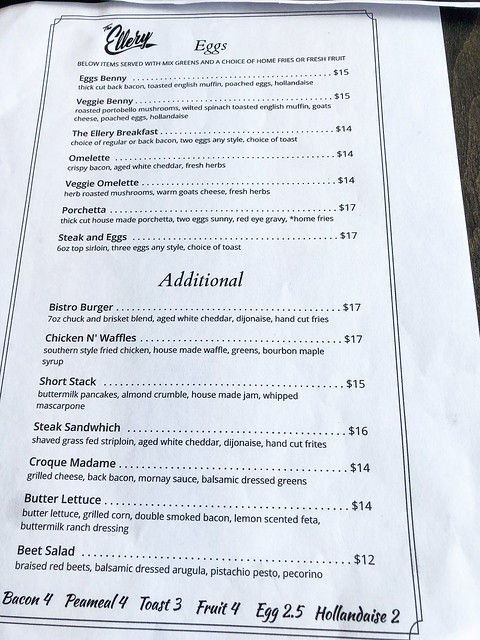 They no longer have the fried chicken dinner at night damn it but you could go in for brunch and get the chicken and waffles. Sold! 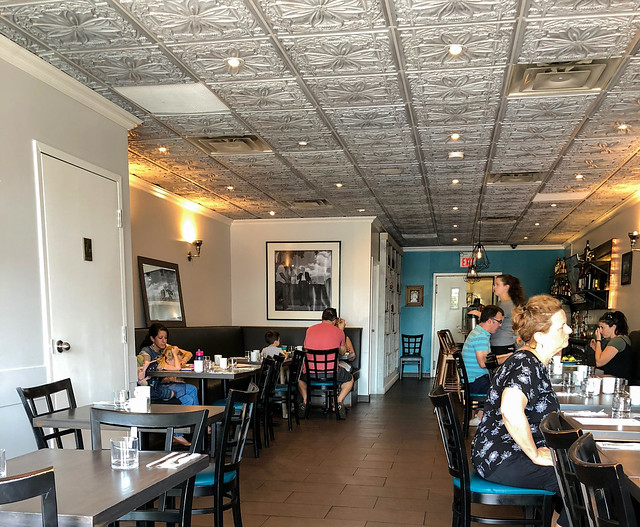 When it was Melanie’s it was a pretty bare bones restaurant, especially for the prices of the dishes. I like the alterations they have done to elevate the space, modernizing it without making it cold. 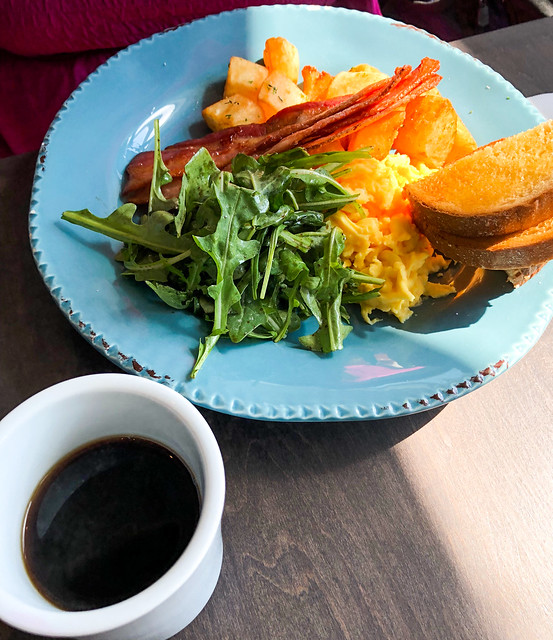 Two people opted for The Ellery Breakfast and loved it. 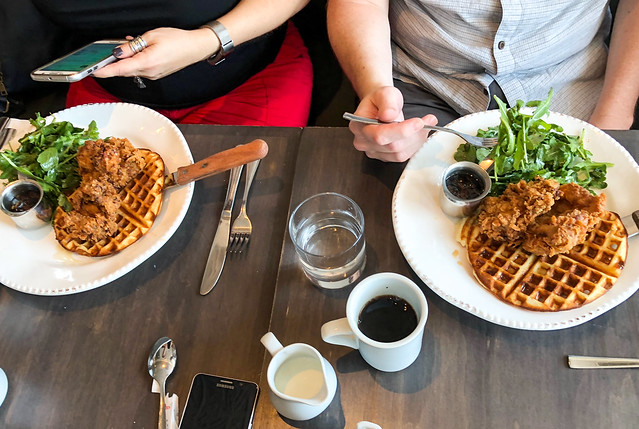 For the rest of us it was all about the chicken and waffles! 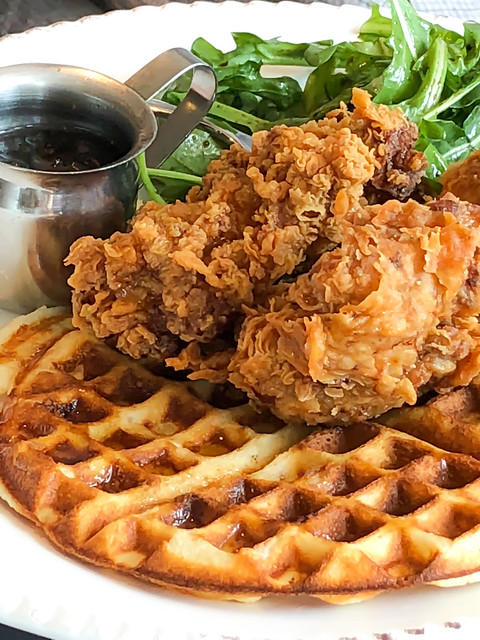 Not just chicken and waffles, it also came with… 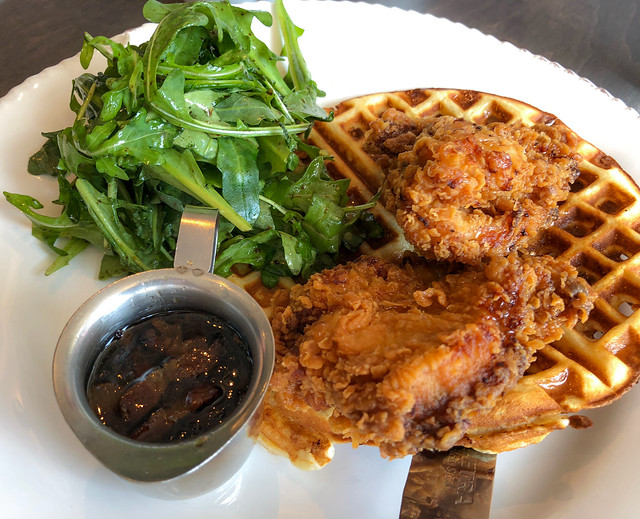 A bacon and bourbon maple syrup! Yup, that is bacon in that syrup!

This meal was out of this world delicious. The chicken was so crispy, perfectly fried and the waffle was thin and not overwhelming with its powerful carb goodness. In fact the two went together perfectly, I could not have been happier. That syrup blew me away with its complex flavour and, well, bacon. Brilliant! 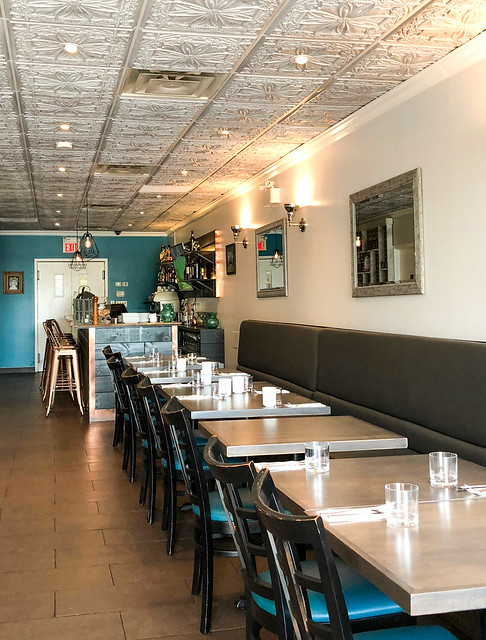 Please note that they do also serve a fried chicken starter at night but I have a feeling you get more bang for your buck at brunch. 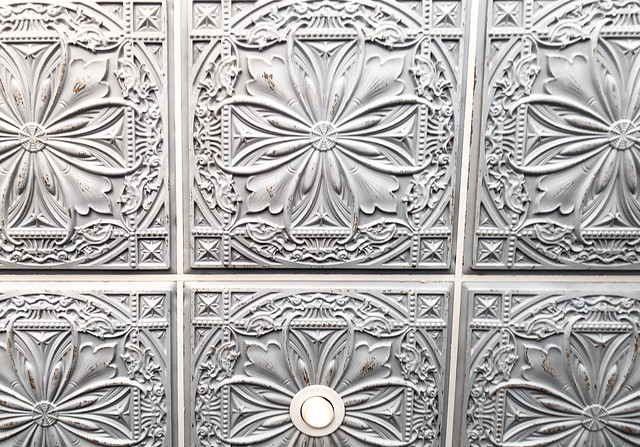 This space has gone through a lot of changes but I am glad that it is still being run by people who used to be just down the street. I hope they continue to keep the food quality high, and consider putting the fried chicken dinner back on the dinner menu. I think that will bring a lot more people (like me and my sisters) out to this location at night as well as for brunch. 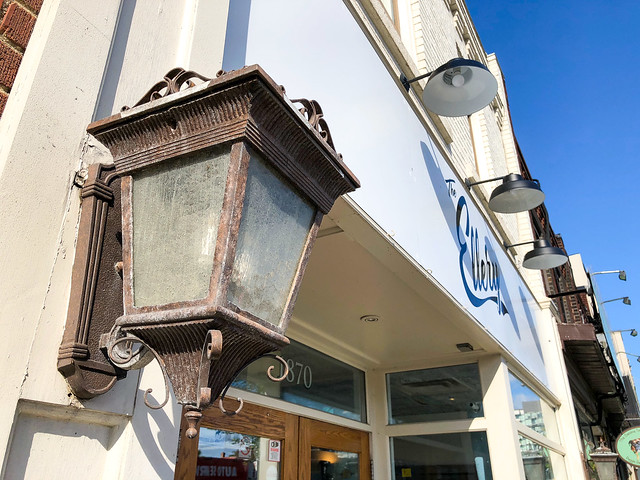 I was pleasantly surprised. Melanie’s Bistro did have the best French toast I had ever had but the atmosphere was a bit plain and less comfortable. The Forth brought their design touches and foodie skills to make The Ellery some place you now must go to. For the chicken and waffles at least.

I give this restaurant experience five out of five wooden spoons. It is a little on the pricey side for brunch but it was well worth the money.