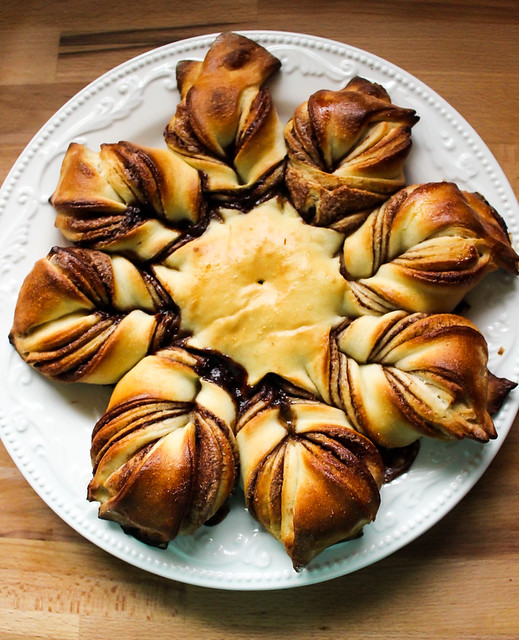 I discovered that King Arthur Flour has a monthly bakealong which is the coolest foodie idea! This month they shared the recipe and a tutorial for a Cinnamon Star Bread which looked so fancy pants, I thought for sure it would be super difficult to make. Turns out it is actually quite simple and wow, what a show stopper! 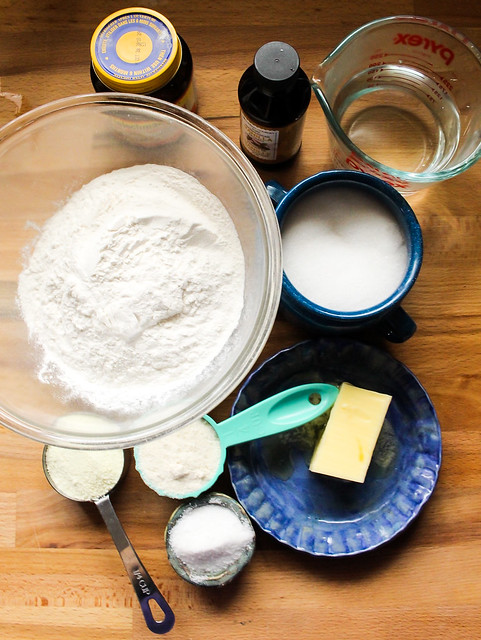 The following recipe is how I personally made this bread. 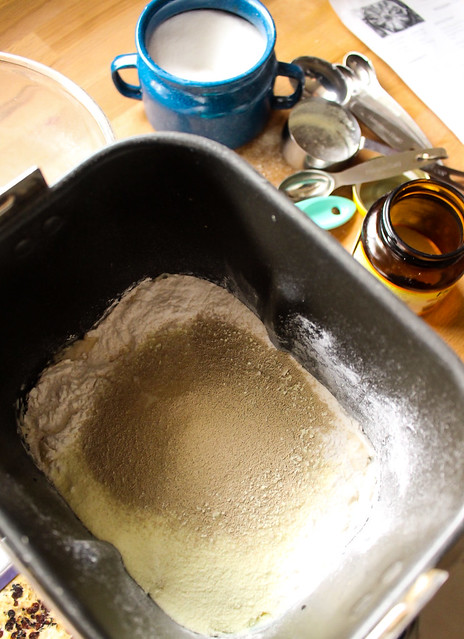 The recipe printout actually said you could make the dough in the bread maker which is what I personally did but if you do not have one, it says you can just combine all of the dough ingredients and mix and knead by hand or mixer. Place the dough in a lightly greased bowl, cover and let it rise for 60 minutes, until it is nearly doubled in bulk. 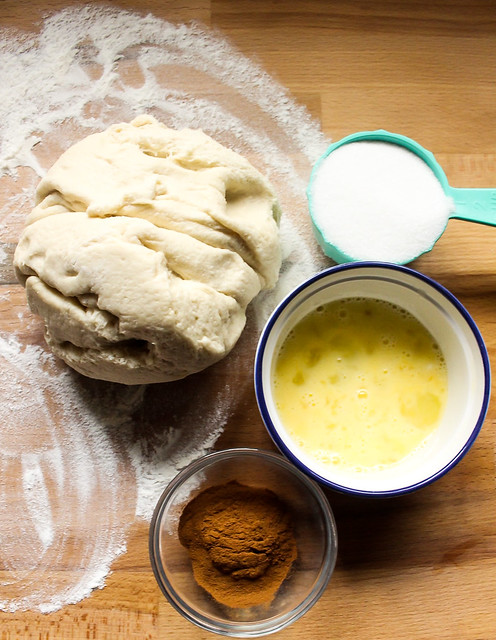 For the filling you will need: 1 large egg beaten, 1/2 cup sugar and 1 tbsp cinnamon. 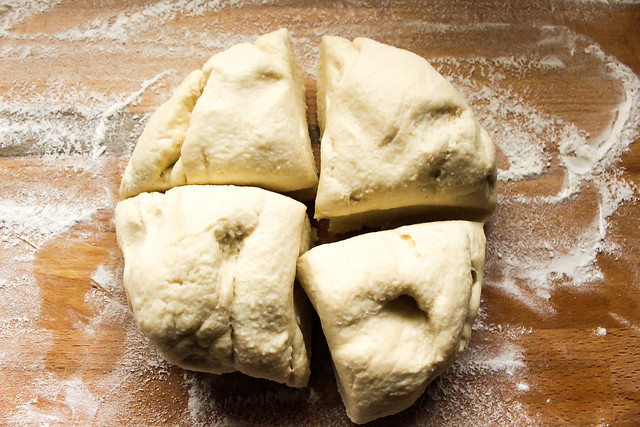 Divide dough into 4 equal pieces. Shape each piece into a ball, cover the balls and allow them to rest for 15 minutes. 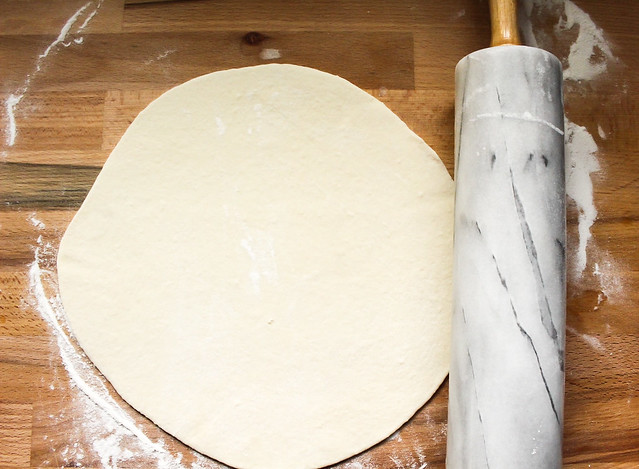 On a lightly floured work surface, roll one piece of dough into a 10″ circle. 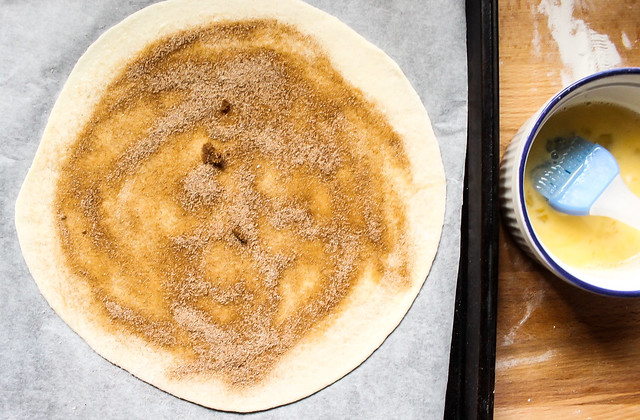 Place the circle on a piece of parchment which is on a large baking sheet. Brush a thin coat of beaten egg on the surface, then evenly sprinkle with 1/3 of the cinnamon-sugar, leaving 1/4″ of bare dough around the perimeter.

Roll out a second circle the same size as the first and place it on top of the filling-covered circle. Repeat the layering process — egg, cinnamon sugar, dough circle — leaving the top circle bare. 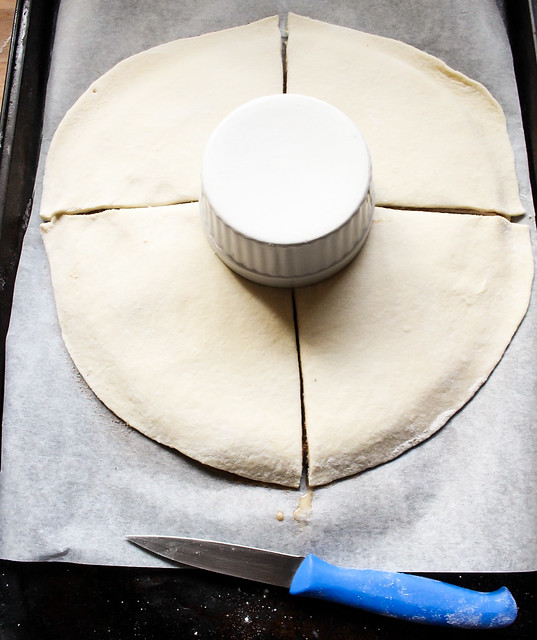 Place a 2 1/2″ to 3″ round ramekin in the center of the dough circle as a guide. With a bench knife or sharp knife, cut the circle into 16 equal strips, from the cutter to the edge, through all the layers. Start with cutting into quarters. 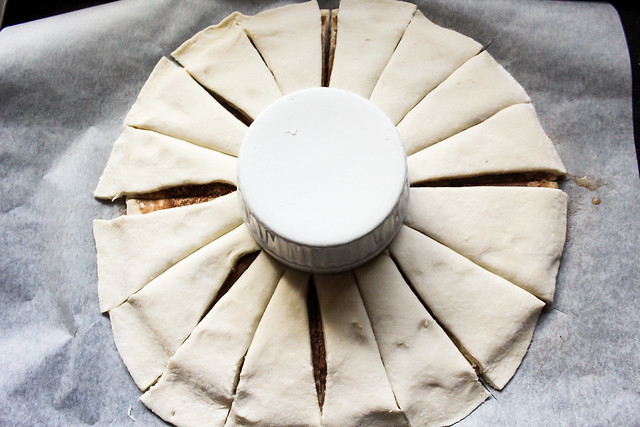 Then cut the quarters in half. Then the rest in half until you have 16 pieces. 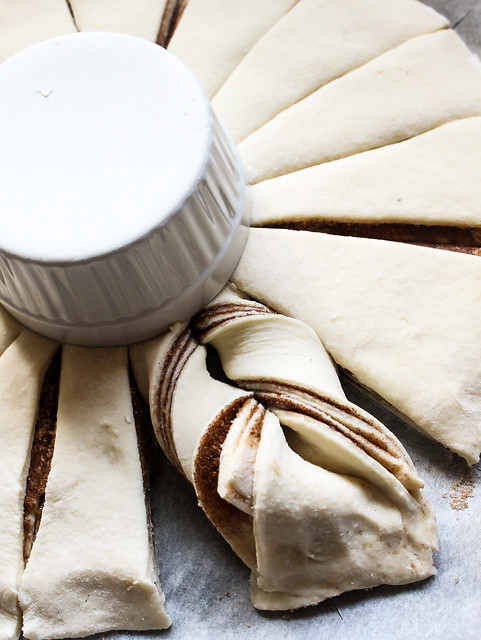 Using 2 hands, pick up 2 adjacent strips and twist them away from each other twice so that the top side is facing up again. 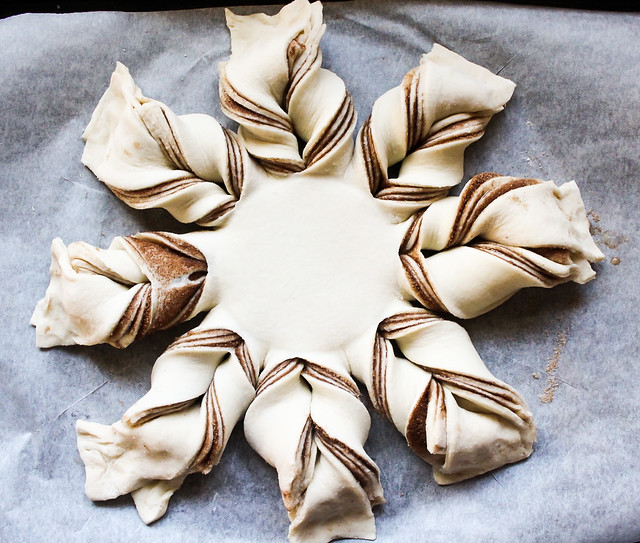 Repeat with the remaining strips of dough so that you end up with 8 pairs of strips. Pinch the pairs of strips together to create a star-like shape with 8 points. Remove the ramekin. Cover the star with a clean tea towel and let it rise until it becomes noticeably puffy, about 45 minutes. While star is rising, preheat the oven to 400°F. 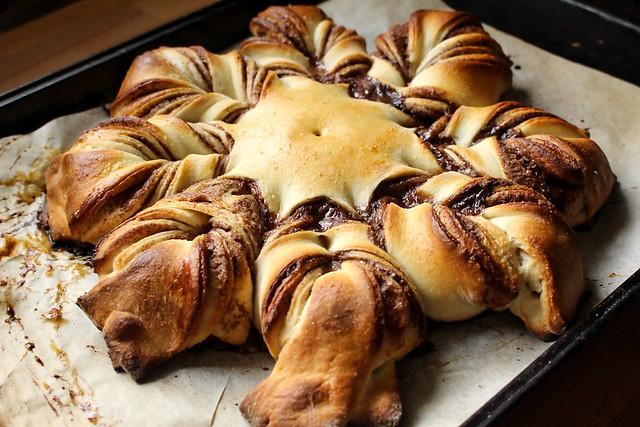 Brush the star with a thin coat of the egg wash. Bake for 12 to 15 minutes, until it is nice and golden with dark brown cinnamon streaks. The center should register 200°F on a digital thermometer, which, as you can see, I used to check the temperature! 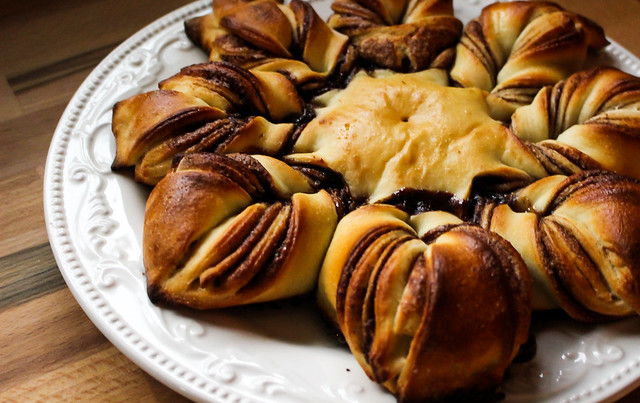 Remove the loaf from the oven and allow it to cool for about 10 minutes before serving. Dust with confectioners’ sugar and serve warm or at room temperature. OK, I forgot the icing sugar but I needed to get this to class ASAP! 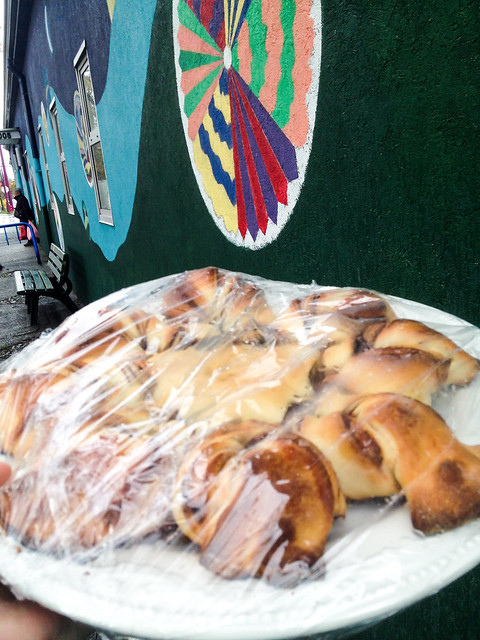 I covered the bread with plastic wrap and made my way to the art studio to share with my fellow students. I did not even make it to class before a few points of the star were ripped off this showstopper of a bread! 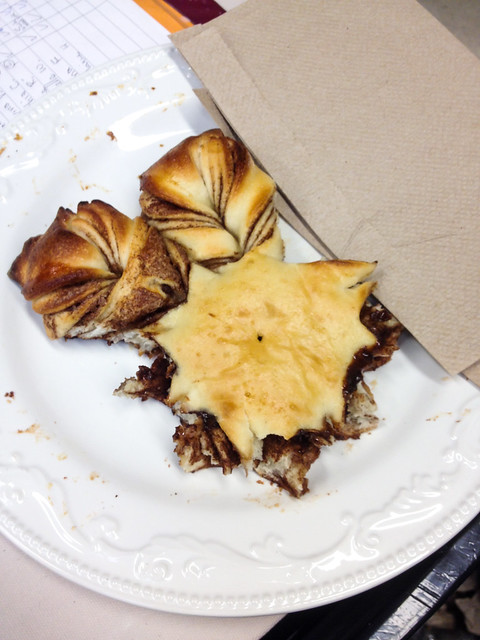 The wonderful thing about this bread is that you get the crispy crunchy ends and then the super soft and moist centre. The whole thing is absolutely delicious and everyone loved it.

This is the perfect bread to make for the holidays. People will ooh and aah over it and the hardest part is rolling out the four discs of dough. No big deal for such a stunning treat. After making this I truly felt like a “star” baker!