You are here: Home / beef / Crockpot Roast Beef for Boneheads Like Me 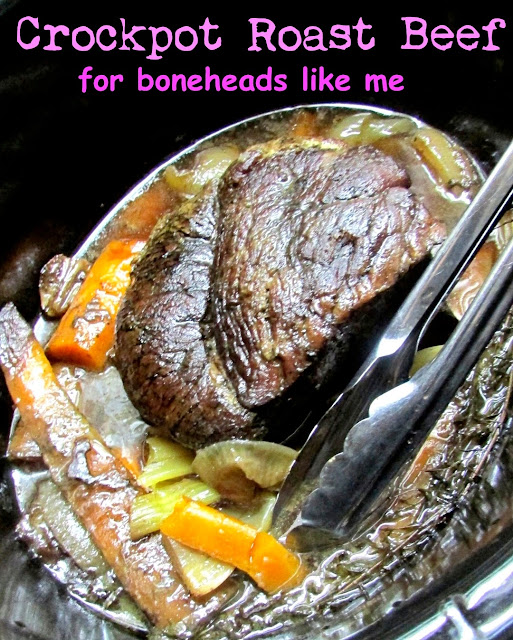 I decided to to put together another post about it but I kind of screwed things up but you know what? It was still delicious!

Consider this a fool-proof way to make roast beef in your crockpot. 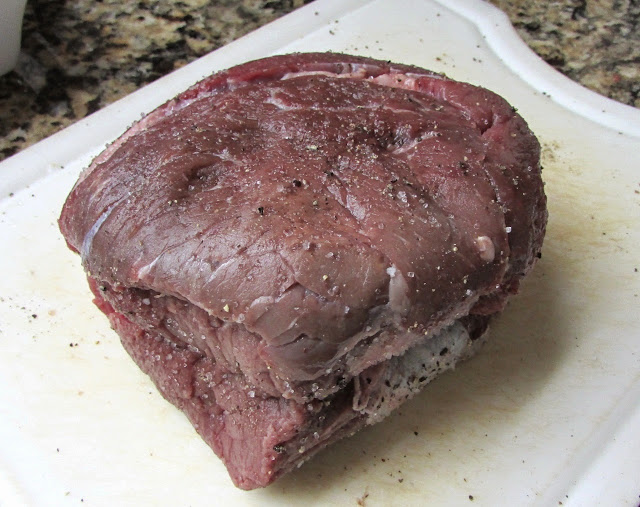 I bought a very lean piece of meat. With little fat to insulate the meat over a long period of time, I should have realized it would dry out. But! I did remember to season the entire piece very well. 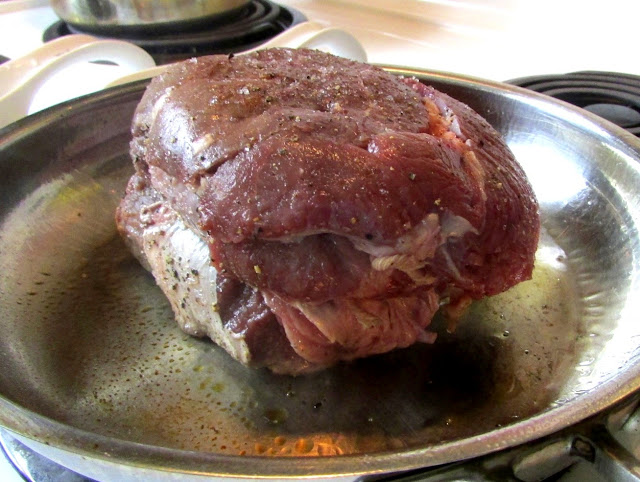 In a hot pan with hot vegetable oil I seared it on all sides. This was good! 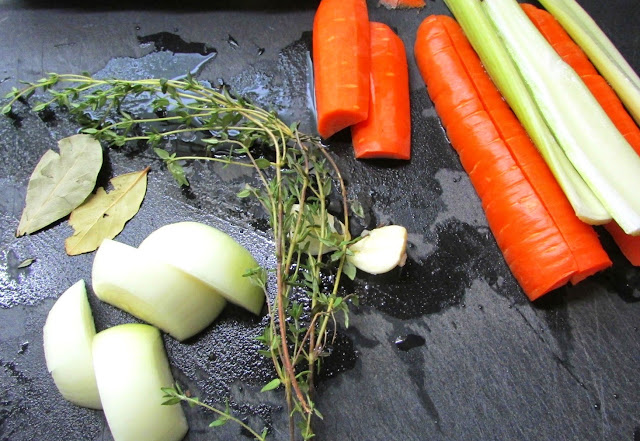 I chopped up the flavourings and the “nest” for the bottom of the crockpot while the meat was browning: carrots, celery, garlic, onion… Got out the thyme and bay leaves. 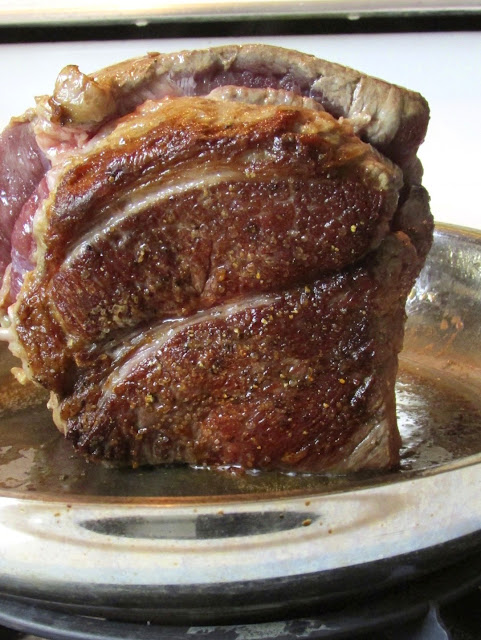 See?! I was so confident. I mean look at the caramelization! Beautiful. 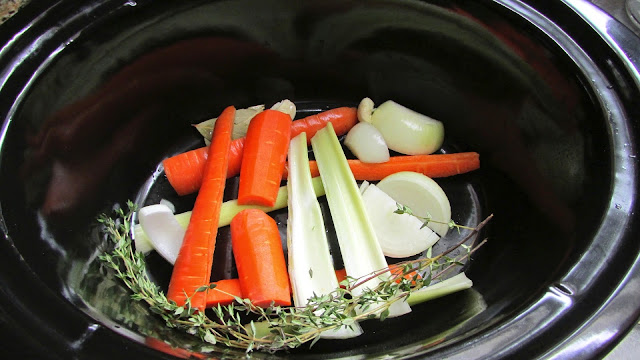 I put the “nest” on the bottom. You do not want meat to stew in its own juices on the bottom so I like this technique. 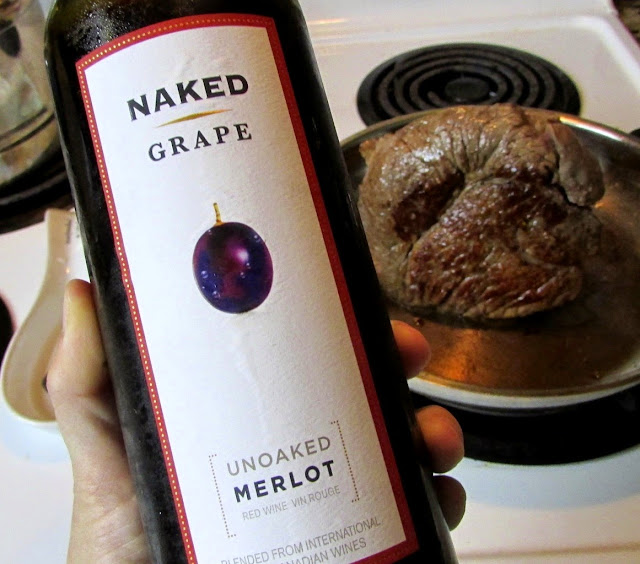 This time I thought I would be smart and use Naked Grape’s Unoaked Merlot instead of white wine. Much more classic and classy for making a gravy later on. 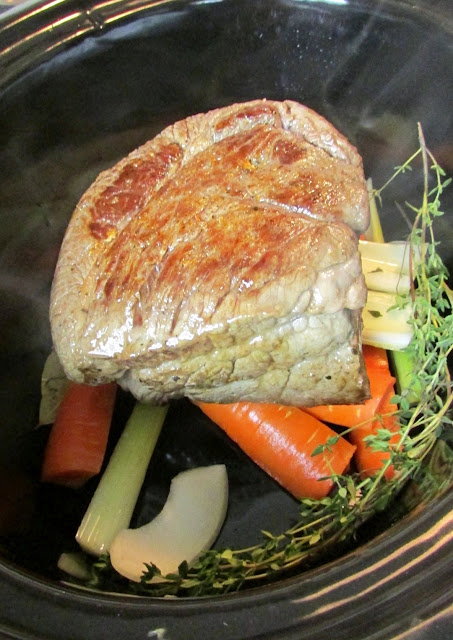 I put the beef on top. 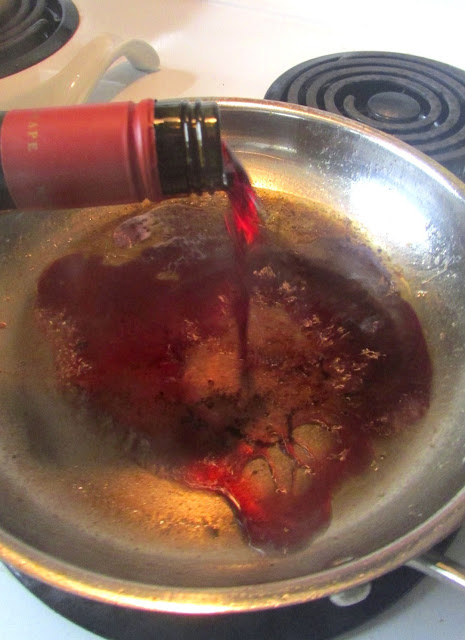 I used the wine to deglaze the brown bits from the pan. 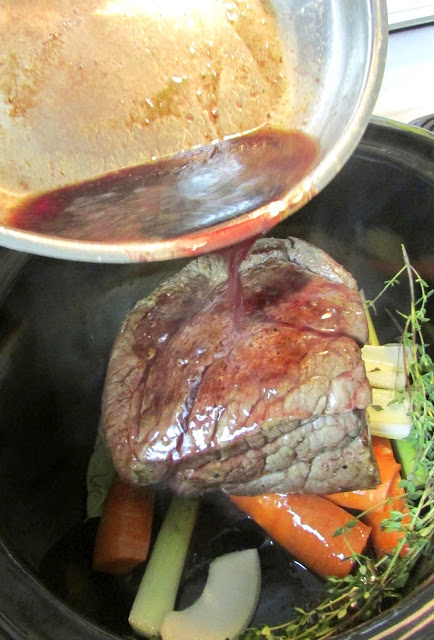 I poured it on top. 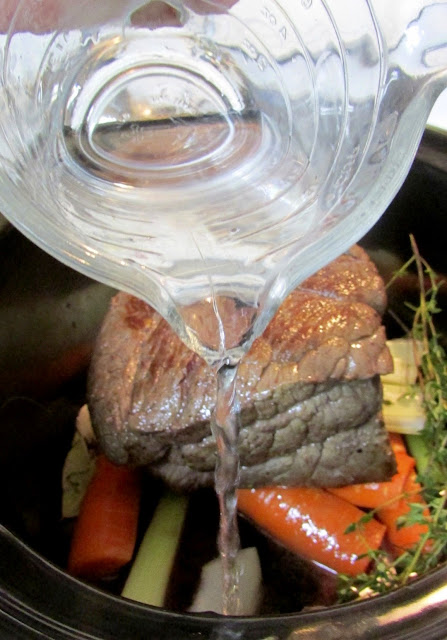 I added some water to make sure that the pan would not end up dry. But remember, there was very little fat so I actually needed much more flavour for a liquid and more of it in general. I wish I had used beef broth instead!

Also, because I now have a huge crockpot, I did not realize that more liquid would be mandatory for a moist roast beef too. Ack! 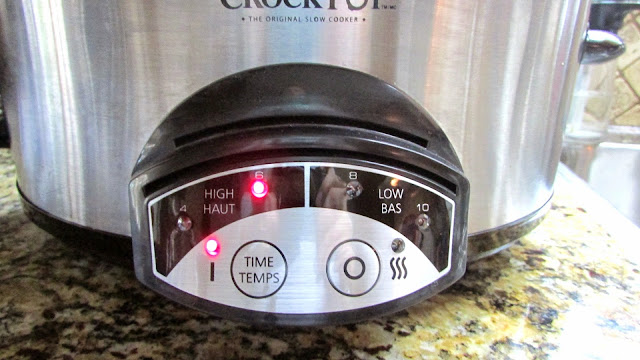 Then I realized that I only had six hours until dinner time so I had it on high for the entire time. Big mistake! I should have just had it on for two hours and then move to low for a while. 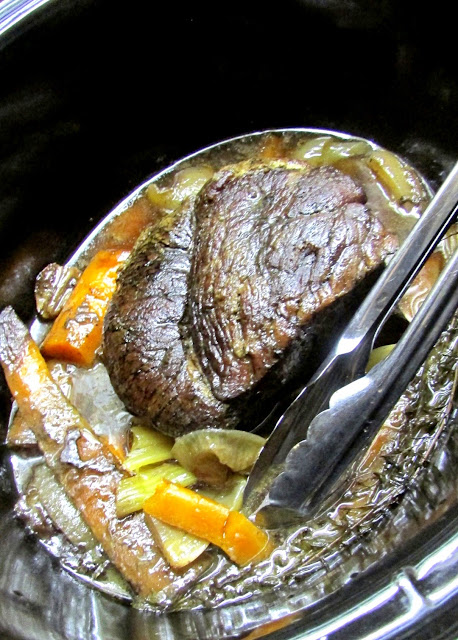 As a result, the meat ended up looking almost burned! 🙁 I could have cried. 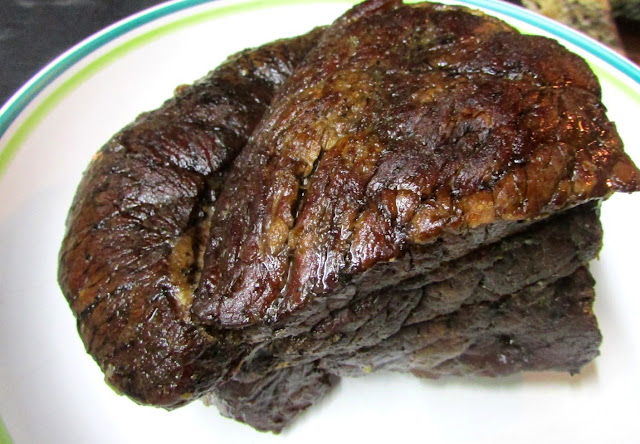 Yes, it was super dark and not in a good way. I thought I had totally screwed it up. 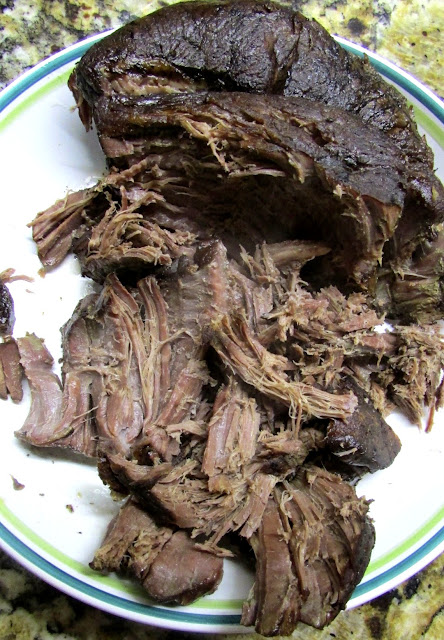 Yes, the meat was dry. Totally over cooked but you know what? 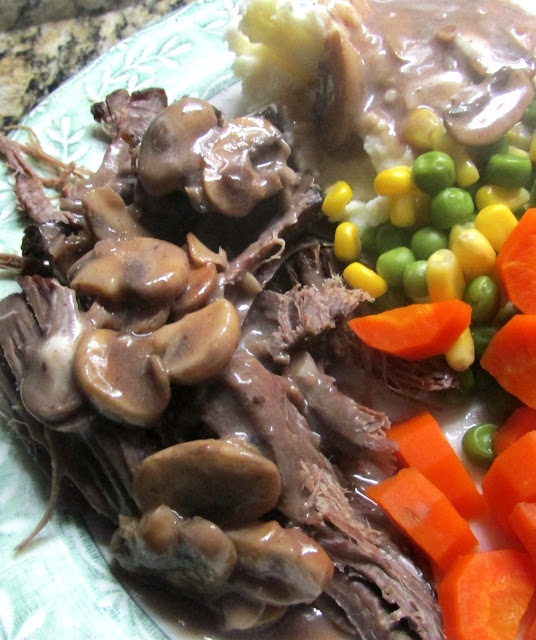 That is what gravy is for! LOL. So OK, if you want that perfectly cooked roast beef with a slightly pink interior, this is not the approach for you.

But if you are worried about making a roast beef for the first time and have no idea what you are doing, consider this fool-proof. This was still delicious and made great sandwiches the next day.

Just make sure to get a roast with some fat, use beef broth and a lot of it and start early enough to let cook on low all day. 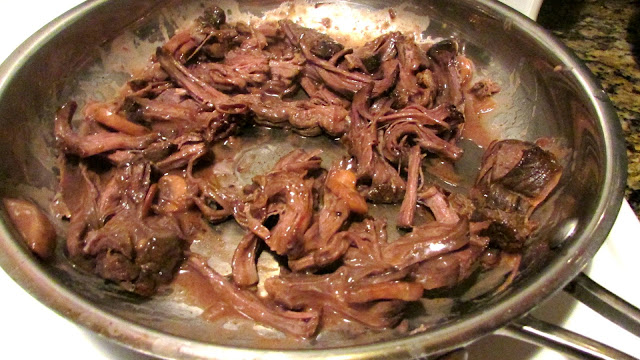 For the sandwiches, I used my mom’s trick of warming (no more cooking!) the meat in the leftover gravy.

I screwed up on just about every level and it was still pretty damn delicious! Remember, do not be intimidated by big pieces of meat. The great thing about cooking in a crockpot is it can be pretty forgiving.

Learn from my mistakes and enjoy roast beef for Thanksgiving or Christmas. It is a great turkey substitute and if you make fabulous Yorkshire pudding with lots of gravy, every foodie at the table is going to be happy.