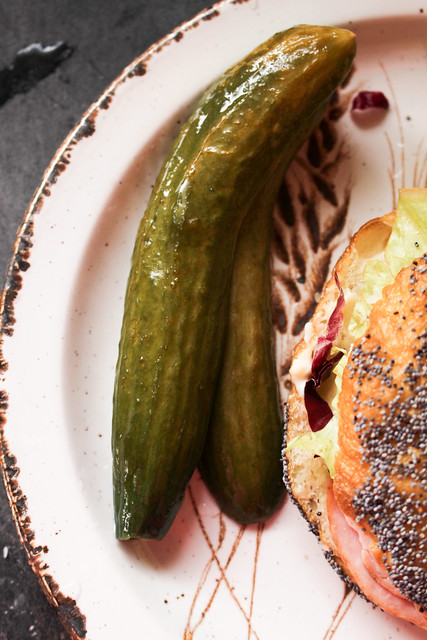 One of the first foods I binged on as a kid was pickles. I ate so many, my dad took me to the hospital, convinced the acid would eat a hole in my stomach! Years ago I taught myself how to make my mom’s sweet pickles but this time, I wanted to learn how to make deli-style sour pickles for my bucket list. Pickles are so easy to make, it is dangerous! 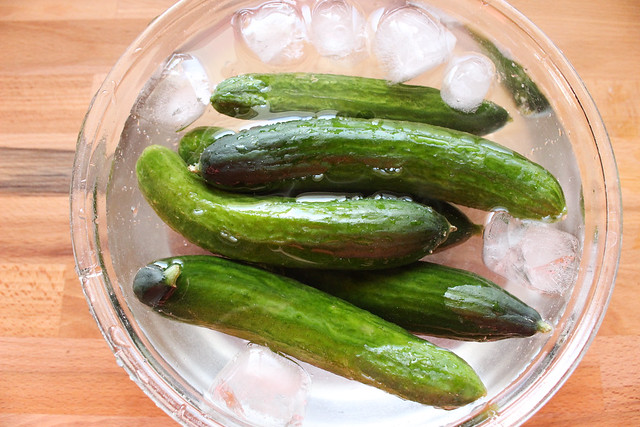 To make sure the pickles are as crispy as possible, let them sit in an ice bath for half an hour and then scrub extremely well to make sure there is no dirt on them. 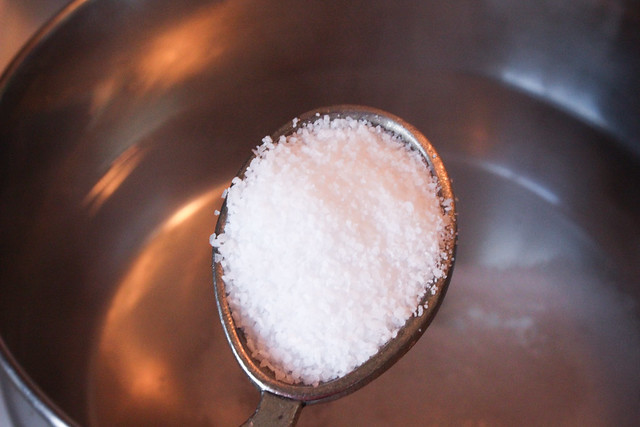 Bring 4 cups of filtered water with 2 tbsp of kosher salt to a boil to dissolve salt. 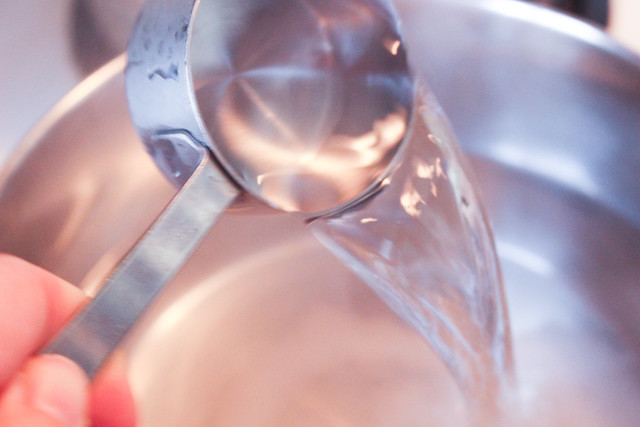 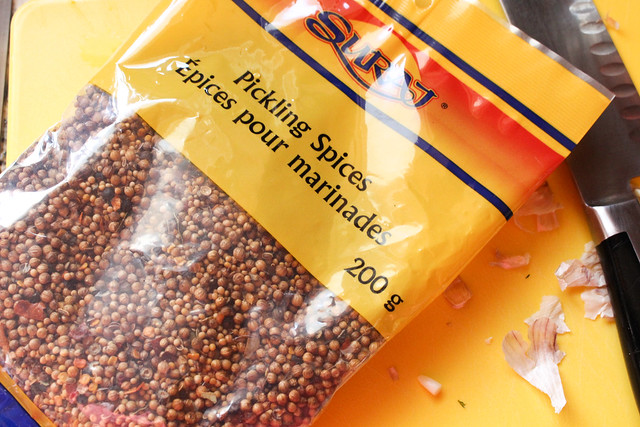 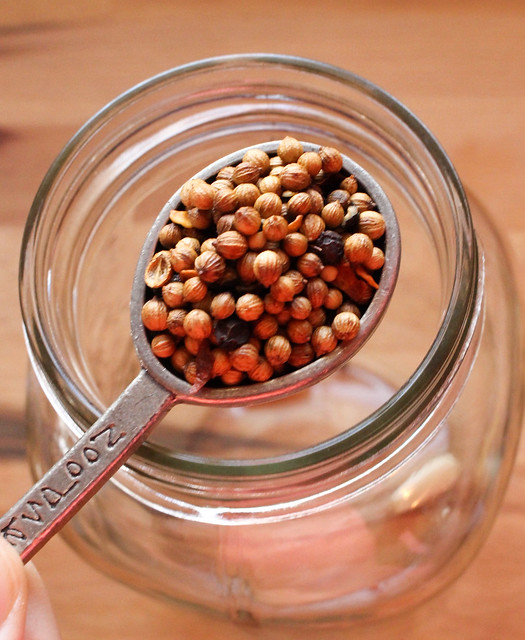 Add 1 tsp of the pickling spice mix to a large mason jar. 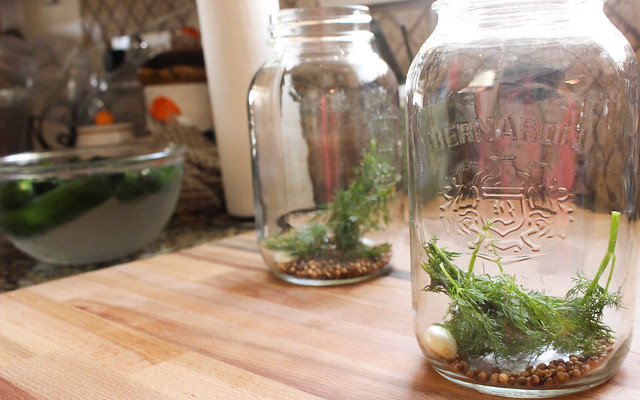 I thought that the brine would make enough for two large jars. It doesn’t! So in one jar add some fresh dill and 2 cloves of peeled garlic. 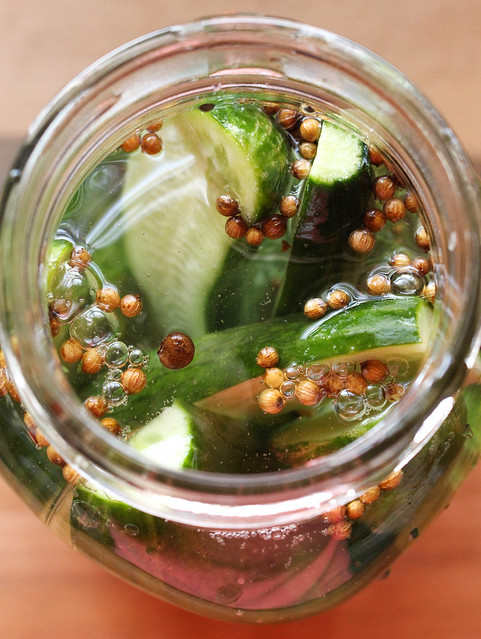 Slice the cucumbers in half, stuff them into the jar and top with the brine right to the top of the jar. 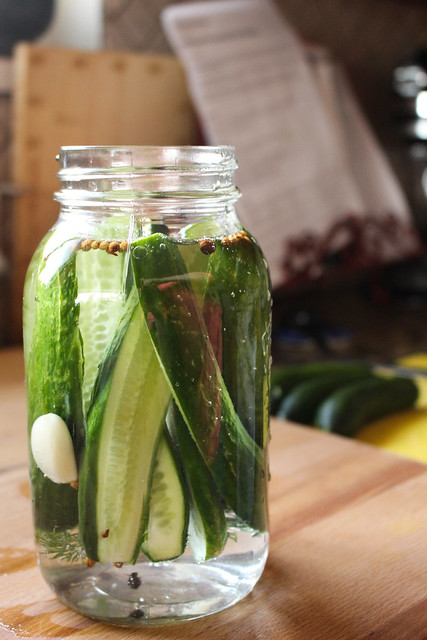 You will have some brine left over. My mom would let her pickles sit until the vibrant green disappeared. 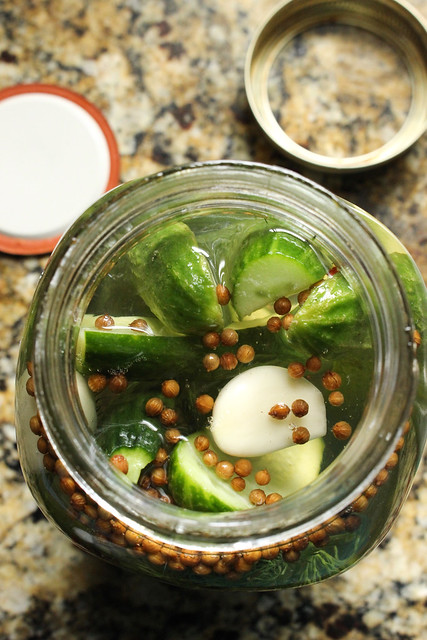 I let mine sit for three days and each day I would open the container to release some of the pressure. 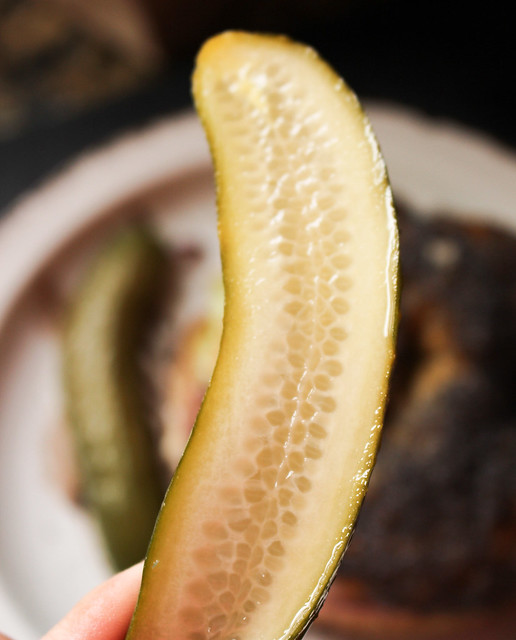 D – A – M – N!!! SPICY!!! I loved these pickles and could not stop eating them. Reg did not like them at all. I think the flavours were a little too wild for him but I say… Bring it! Loved munching on these with deli sandwiches made on my homemade bagels.

That is TWO items completed on my Bucket List now! Totally loving this challenge. Have no idea what I will take on next but I am thrilled I can now make my own super sour deli-style pickles at home. So liberating and delicious at the same time.