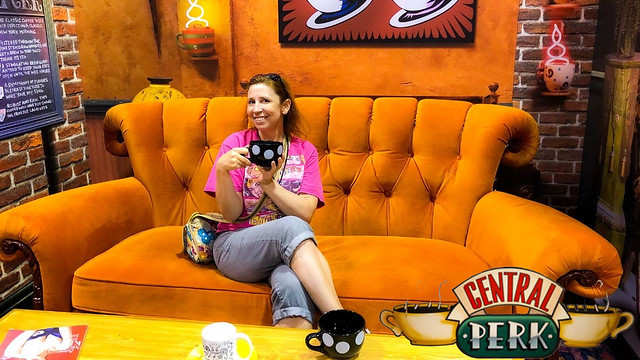 Being a writer I could add a foodie spin to this Fan Expo Canada like getting to hang out at the set of Central Perk and pretend that Suzie The Foodie was a cast member of Friends (which would have been the COOLEST) but the truth is, I spent a day running from event to event having a blast and just want to share it with you. 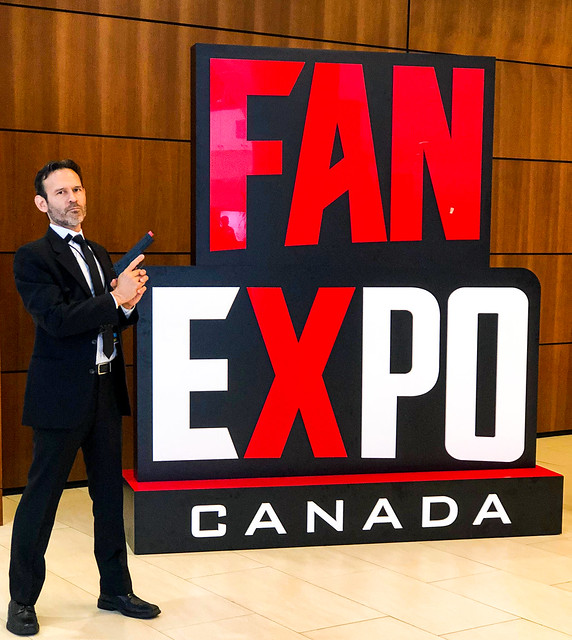 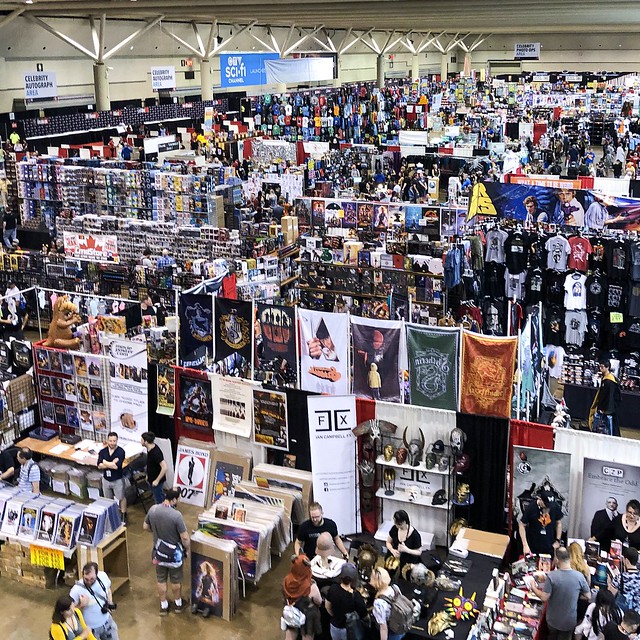 The Metro Toronto Convention Centre is bloody huge! On my own for the first time I would have been totally overwhelmed.

We did not even get to check out the north side of the centre and the trek from north to south kind of blew my mind. Vancouver Fan Expo was a lot larger than Hal-Con but this was kind of unfathomable. If you go next year make sure to schedule everything in advance and make sure you can physically get from one event to another. 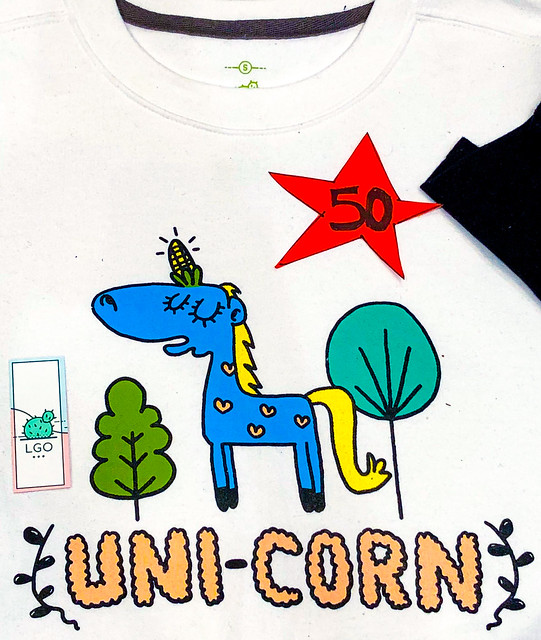 Now there were some vendors that had food-related items like this uni-corn shirt by LGO Crew. 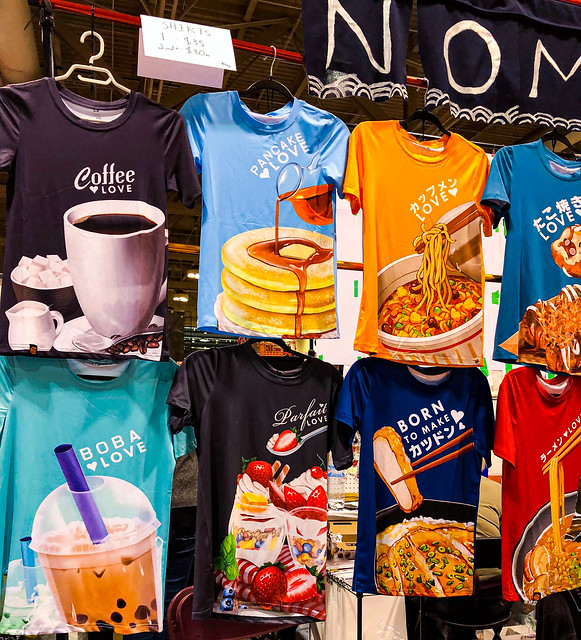 Honestly though I did not eat one bite the entire time I was there because we were doing our best to get as much in visually as possible before the place closed down at 7 pm! WTF is that about? Why so early? 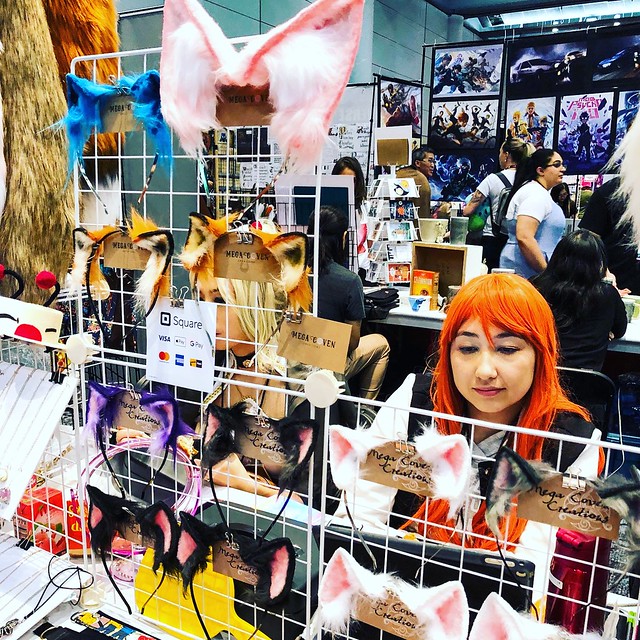 Oh how I wanted to buy a pink tail and matching pink and while ears from Mega Coven Creations. Her work was such high quality and she had a range of prices for her items. 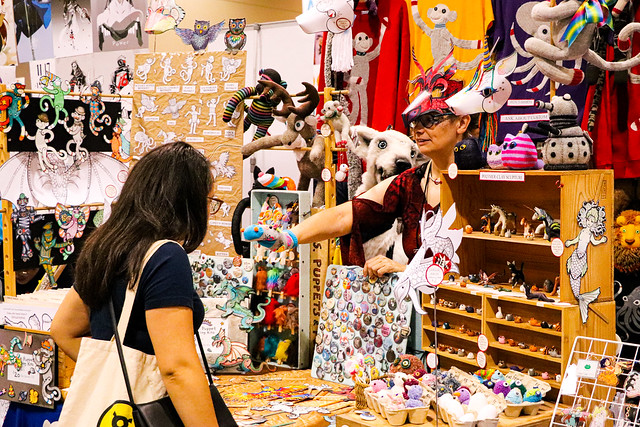 Only at FanExpo will you see someone talking to a potential customer via a sock puppet! 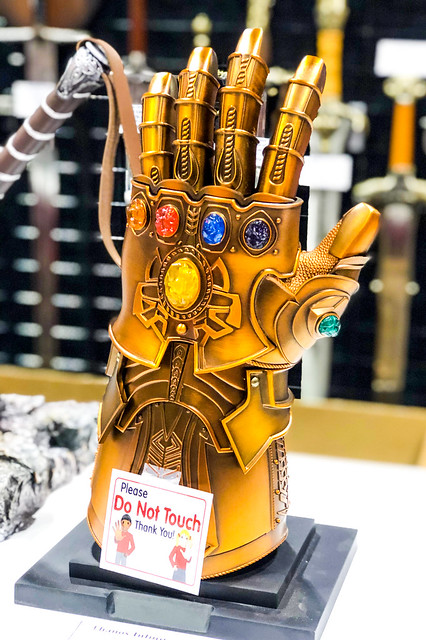 Or have the option of buying Thanos’ gauntlet. 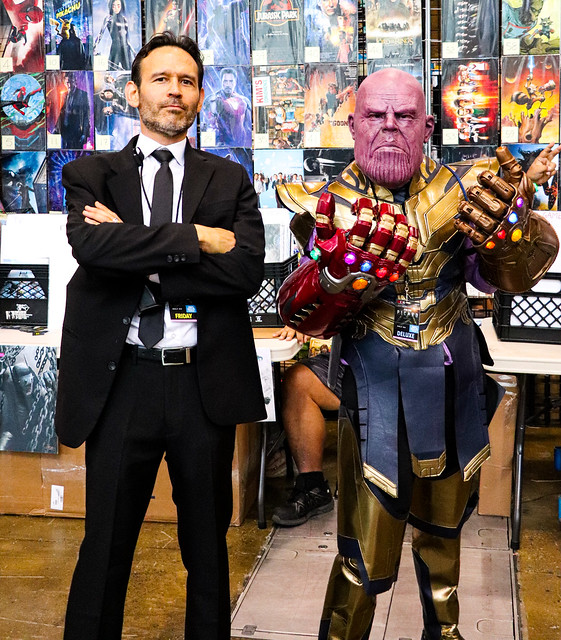 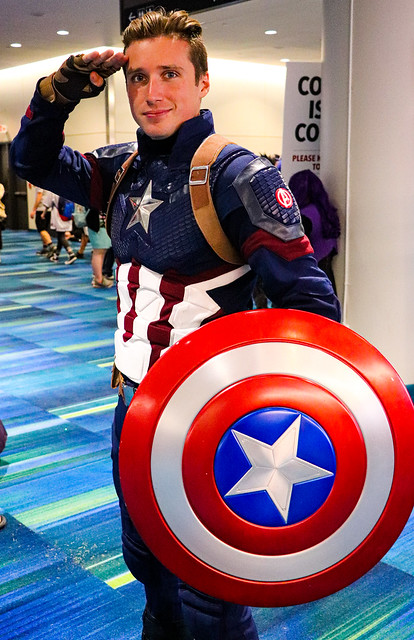 Captain American must have been on the look out for him. 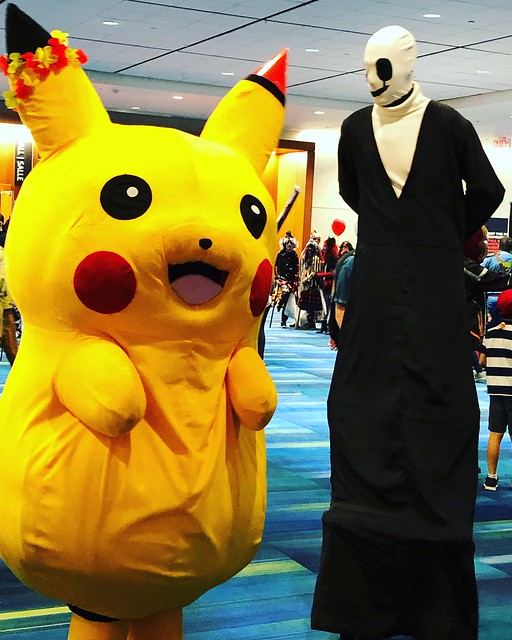 Pikachu was hanging out with Gaster from Undertale. 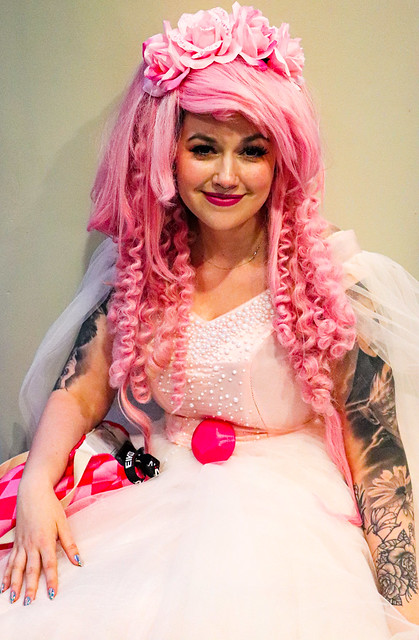 I wish I knew which lovely lady she was but she was breathtakingly beautiful! Any guesses? 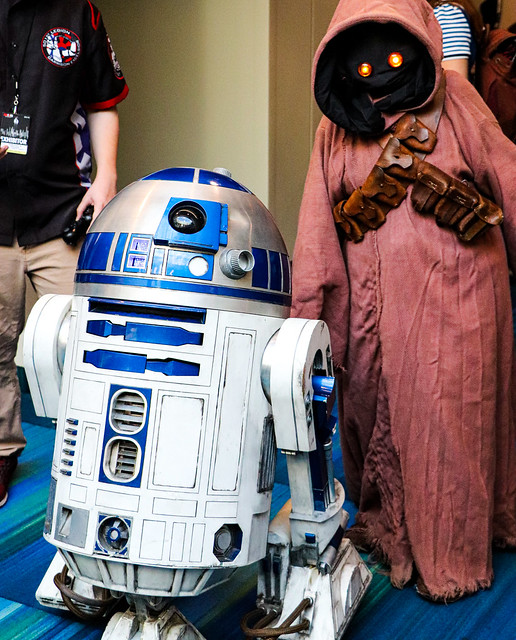 Do I even need to mention who these two are?! 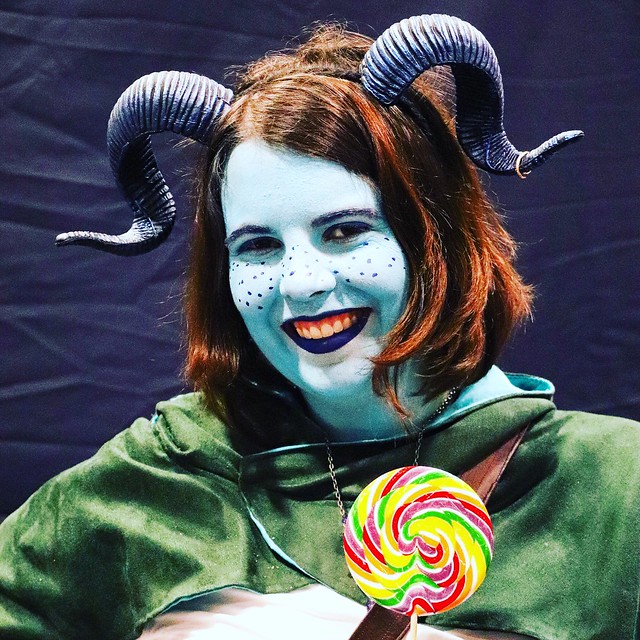 I found out this vendor who totally caught my eye with her incredible makeup and costuming is Jester from Critical Role. 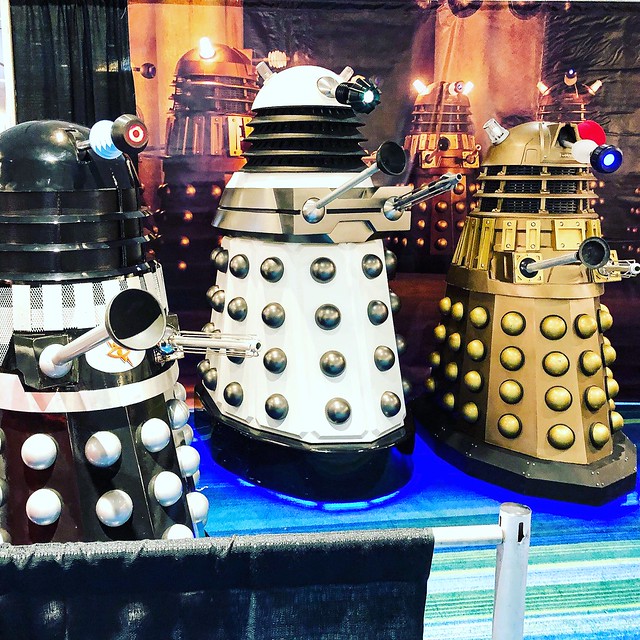 We did not meet any celebrities but did see a panel discuss the set and costume design of the new Star Trek show and we managed to avoid getting exterminated by Daleks! 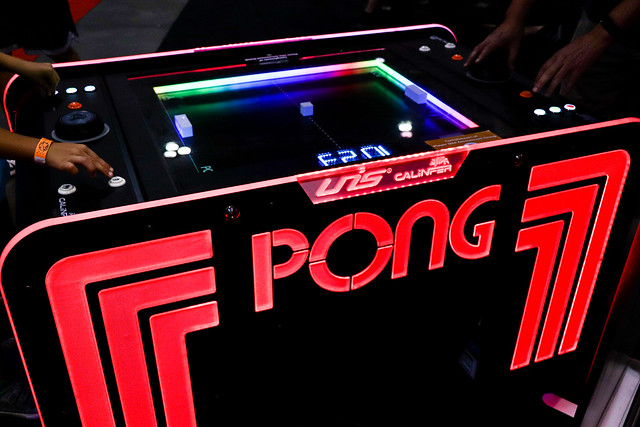 By the end of the day we finally made it to the game room where you could play real Pong among a ton of other games. 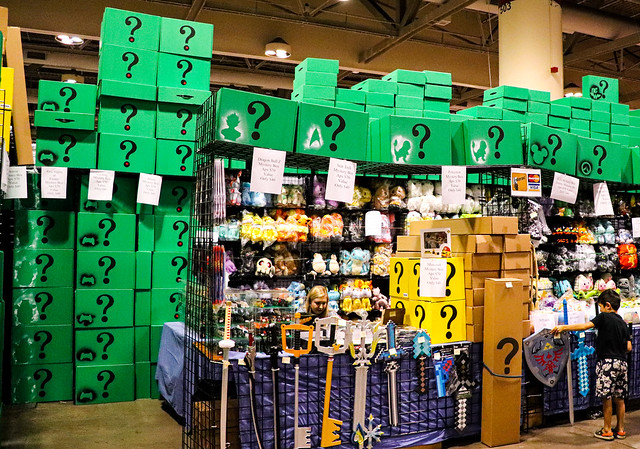 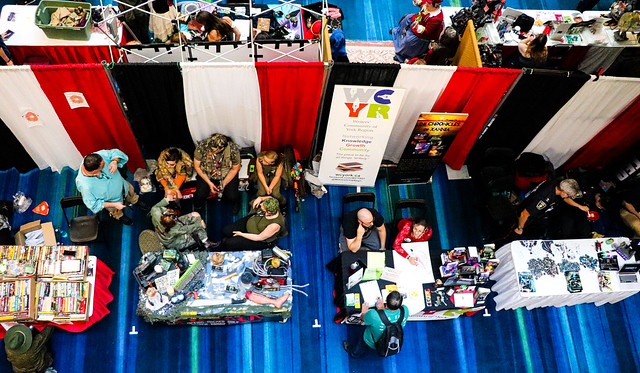 Not only were the amount of buildings a ton but there were many levels to contend with so seriously, plan ahead! Give yourself time to get in to see workshops and discussions because we tried to get into Kim’s Convenience but it was full to capacity!

I was happy that there were a lot of escalators and elevators. A very good venue for those with mobility issues but give yourself LOTS of time and prioritize what you want to go to. 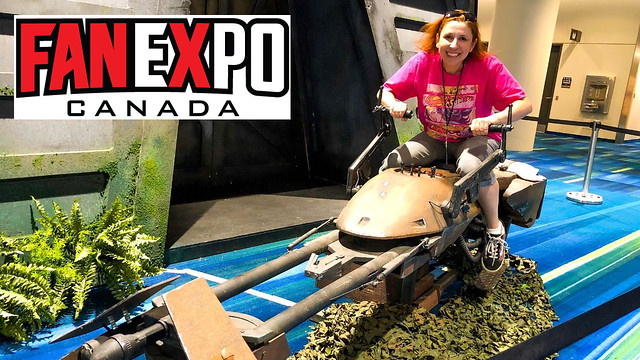 For me Fan Expo Canada was a dream come true condensed into a couple of hours but was a total blast. Last year I could not go because of my leg injury and even this year after four hours my ankle reminded me of my limitations but it was absolutely worth it.

Thanks John Wick for bringing me along on this epically geeky day! I did not eat one bite of food the entire time, there was just too much fun to be had. I am so happy I finally got to go to this fandom event!