You are here: Home / personal update / Finding My Foodie Heart 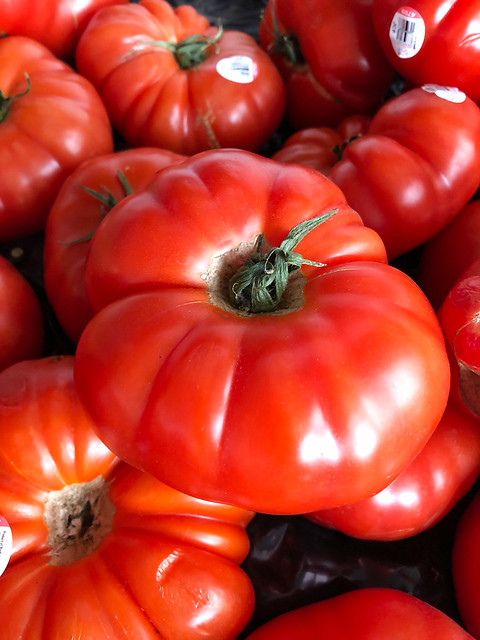 Thank you all so much for all your support, celebratory words and comments for my blog’s 10 year anniversary party! I read each and every one and they made me so very happy. I thought about them all. I thought about a lot.

When I started blogging over 10 years ago it was to help me get through a rough time. I was absolutely miserable and made food as a means of coping, growing and having a subject to write and photograph. It helped me get my ass off the couch and bring inspiration to my life. It helped me wait. Wait for things to get better. Which took a long time and then when I thought they were finally getting better, everything actually blew completely apart. My life was shattered into smithereens. 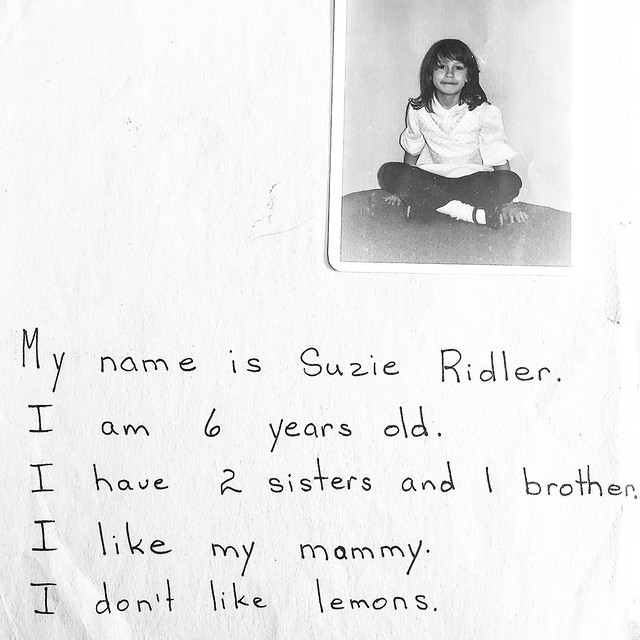 I had to answer a bunch of questions in grade 1 for this project. First two? No problem. Third??? There was no simple answer. I had a brother who died. I had another brother be born. Technically I have two brothers but it was not OK to talk about that so I lied. I said I had 1 brother. And then they asked me, what foods I don’t like. I liked all food. (I had yet to discover the horror of canned peas.) Again, frustrated that I had to say a food I did not like I said lemons. Another lie.

And that was that. I realized who I was. And I was not a liar. I never complied after that and as a result and paid the price many times for being blatantly and passionately honest. But that never hurt in comparison to the horrific shame I felt about not being truthful.

For the last month I have seriously considered just walking away from food blogging. I have turned down many opportunities for reviews, events… because I did not know if I wanted to do it anymore. I kept thinking going out on the big one zero is quite awesome! Maybe I should just quit on a high and let it go? It did not help that I was on a new medication that took the joy and life out of everything I did. Yes, I could sleep but I could not get out of bed because I was so doped up and felt absolutely nothing. 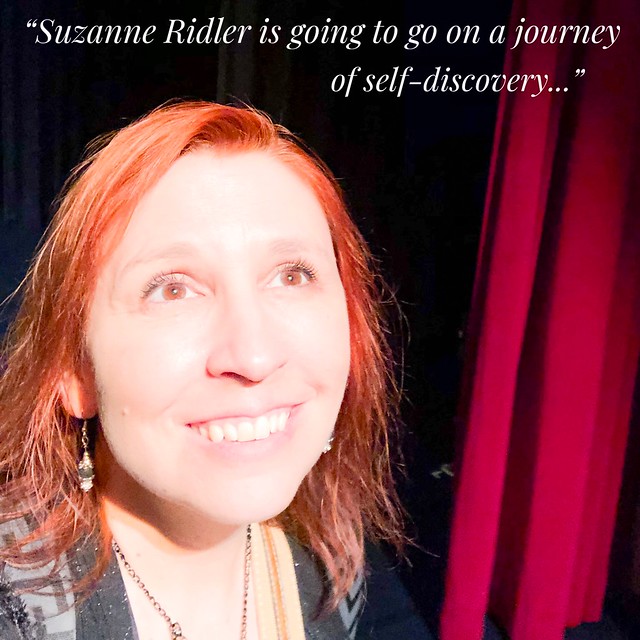 My doc agreed to take me off the meds and wanted to see how I would do on my own. She said I must be tired of being a chemical guinea pig. I was terrified though. To go back to the feeling world.

And boy did the feelings come flooding back. Like tsunami-I-can’t-handle-this-shit style and all before my high school reunion. Great timing Suzie. The reunion was already all kinds of messed up but one thing I got to do is stand on the stage I received my diploma on again. The rest of my school has been demolished so this is the only space that felt like it did all those years ago.

High school was an absolute nightmare for me. So much so that I barely graduated because in the end I choose just not to be there. Anywhere but there. There I felt like a nobody. A loser. Worse, a ghost. A shadow that doesn’t count. Somehow I got my act together, did independent projects and graduated. So here I was again on that stage starting my life over with all my dreams dead. The dreams I had the last ten years of food blogging, all gone. I was back where I started with nothing. I was just older and alone. I kept my shit together until I walked home that night and it all came crashing around me. Life hurt like hell. But… I could feel. It was awful but I could feel. 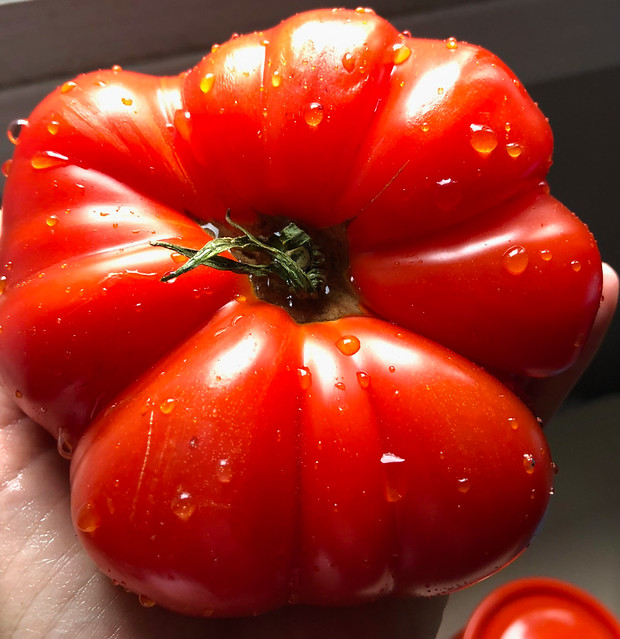 I had avoided the little produce markets on The Danforth because they reminded me so much of the ones on Victoria Drive in South Vancouver, my old neighbourhood. Anything that reminded me of that past life I have avoided in the last year. But one day I walked in and I saw this tomato. This glorious heirloom tomato and I felt my heartbeat. More like flutter, actually. It is like the tomato glowed. It is the closest thing to magic that I have experienced in a long time. 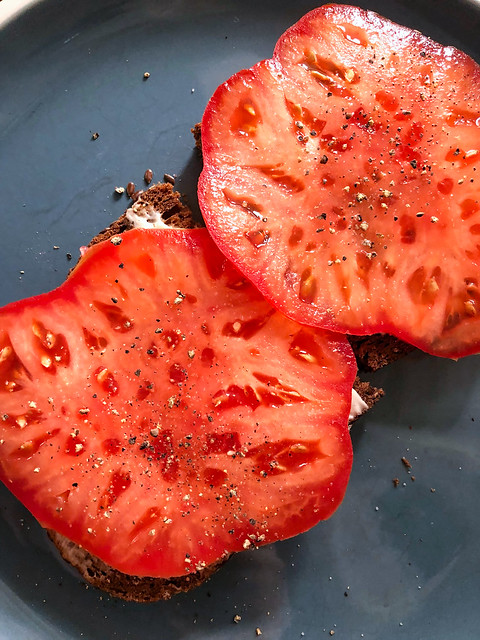 And I did not buy it. I was so used to putting my desires last that. Even though this tomato was basically talking to me, I picked up the other food on my list, paid at the cash and then walked home without it.

It haunted me. I kept thinking about it. That glistening and bulbous red jewel called me. It hurt that I did not buy it. So… I went back. Days later. It was still there. I thought about buying other ones but no, no I had to buy this one. And I did. And I ate it sprinkled with salt and pepper on Miracle Whip-slathered pumpernickel bread. And it was glorious. I mean it. This tasted like a REAL tomato. It tasted like a happy childhood moment but today. Now. In my new life.

I savoured every single dripping bite. 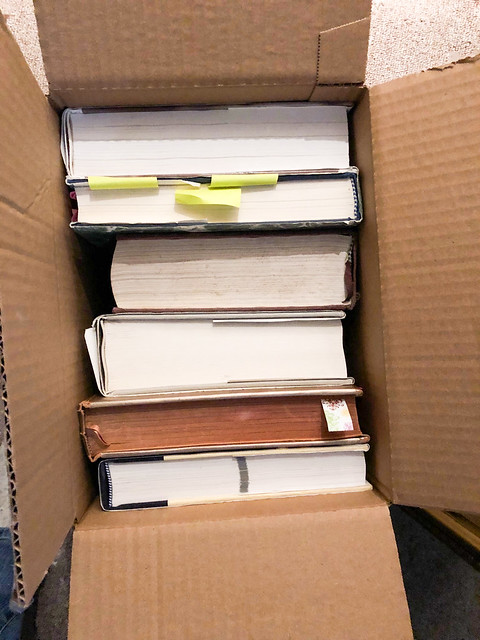 It was like taking the foodie version of the red pill in The Matrix. I woke up. My emotions woke up and got me out of bed. I started thinking about foodie dreams again. I went through all my stuff that is packed away for the impending temporary move and pulled out the cookbooks I will need for the next step on my foodie journey.

Until I said yes to that tomato though, I could not write. I could barely photograph food at all. The energy was not there and I could not pretend like it was. There is no energy in lies. Sometimes you have to wait and sometimes you really have to allow yourself to feel. Feel hard.

The Sad But Kind Of Happy Truth 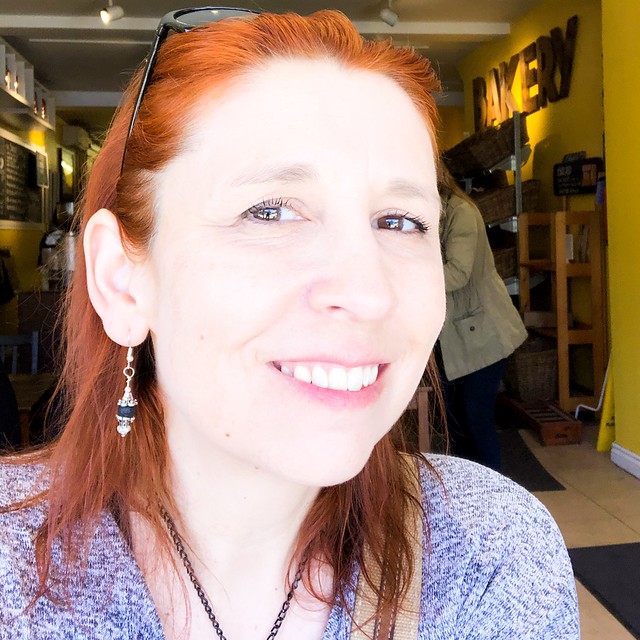 As you now know, I won’t lie. I am still in pain and suffering over the loss of so much but I wholeheartedly believe in starting over again. Perhaps it all makes sense that I am back in my home of Toronto. That I got to go on that stage again and smile on stage and embrace going on yet another journey of self-exploration. That it is OK to start again with just your bones. That is where soup begins, right? And over time there will be more to put into the pot. That I would rather feel and season the soup with tears than not feel anything at all and live a bland meaningless life.

I spent 10 years cooking for others (one in particular) but now I am going to make food for me. What a shocking choice, I know. Yes, I love food but I became bereft of foodie magic by putting treats for others on the plate first. It is time to nourish my mind, body and spirit with this next step and of course I will always happily share with others but I am going to make space on the plate for me now.

The question now is, what do I want to eat?