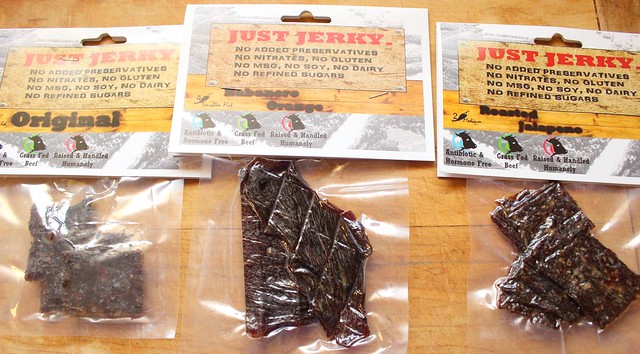 FoodiePages.ca put a call out for people to review some beef jerky on their Facebook page and I said, hell yeah! As a result, they sent me a nice little whack of Just Jerky through their Foodie Review Club. 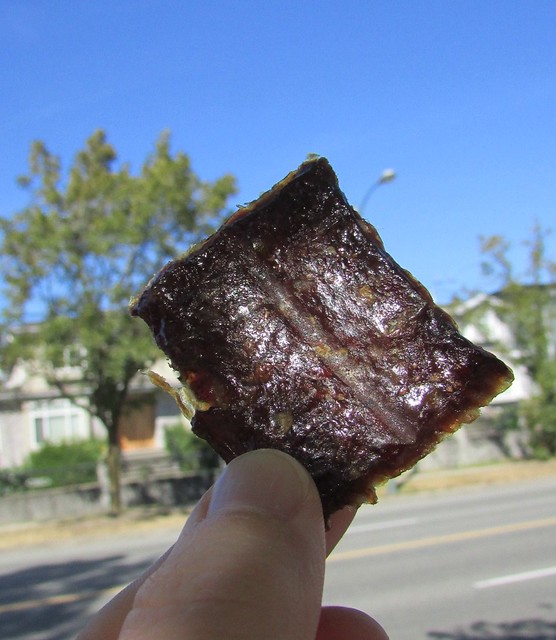 To test it I put a package into my purse for one of those days I get hungry and need a bite when I am out. We were waiting at the bus stop and I started to get the grumblies so I took it out. The hardest part was opening the package! We finally got it open after taking keys to the packaging and then tore off a bite of the original jerky.

The last time I had jerky, I hated the experience because it tasted like iron and chemicals. The Original Just Jerky is the exact opposite. Just beefy goodness and tastiness. We were thrilled! 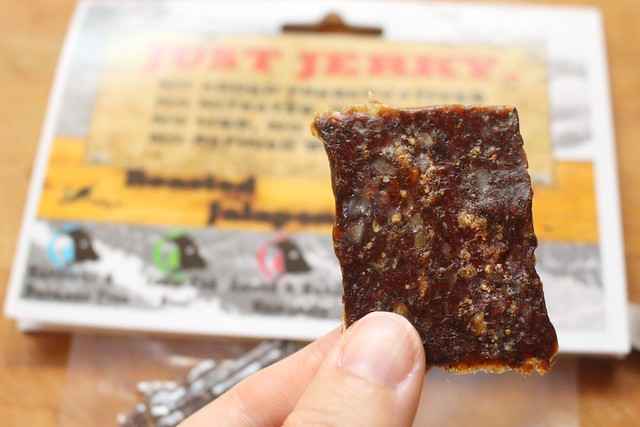 Next I tried the Roasted Jalapeño which I did not enjoy as much. It is still very tasty but it took me a while to warm up to the additional jalapeño flavour. I did though. I like it more now and yes, it is spicy! Reg loves this one too. 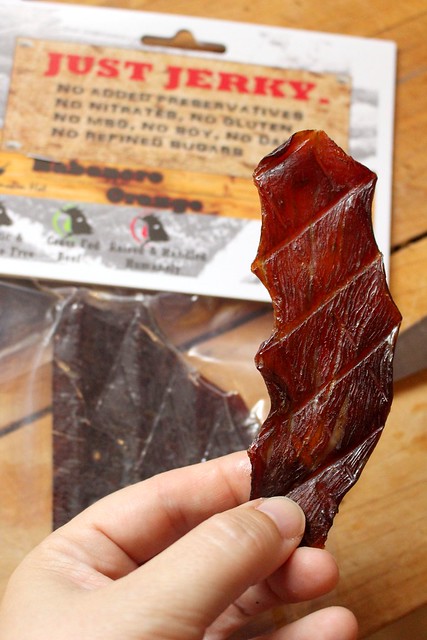 I drew the line at the Habanero Orange jerky though. Only because it was so tough, it was absolutely inedible. I also did not like the kind of heat the habanero gives to the meat but again, despite the super spiciness, Reg loved it. Yes, Reg is crazy about jerky. 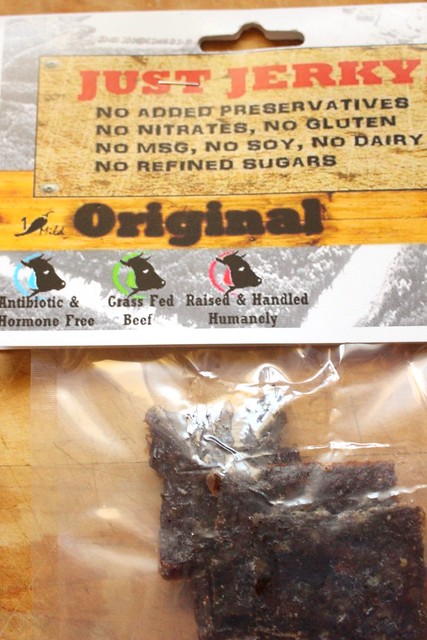 There is no doubt that Just Jerky is super high quality jerky. No use of hormones, steroids, antibiotics… The animals are raised on grass on the Nimitz beef ranch in Dawson Creek, BC, without confinement. If you are a concerned foodie who wants high quality jerky with minimal footprint on the planet and ethical treatment of animals, this is your jerky.

Personally, I would stick with the original but for the more adventurous eaters out there, try the jalapeño and habanero too. You can purchase the jerky from their online store.