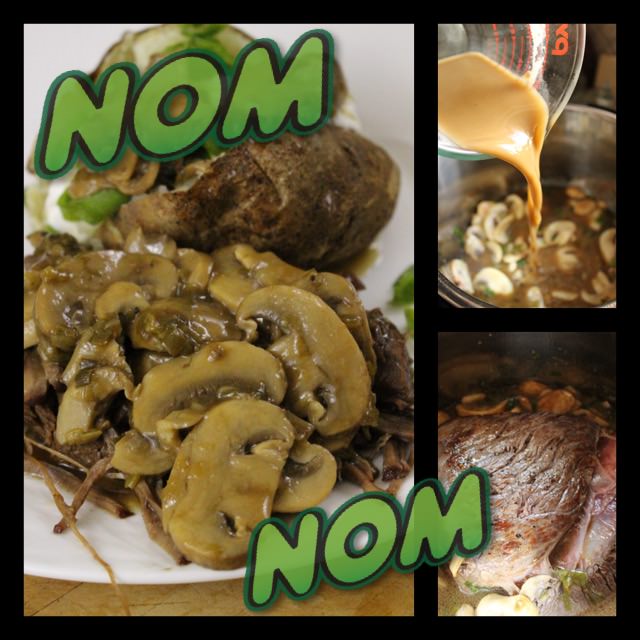 I tried out another recipe from Bruce Weinstein and Mark Scarbrough’s cookbook The Great Big Pressure Cooker Book: 500 Easy Recipes for Every Machine, Both Stovetop and Electric. They inspire me so much by their online class Make The Most Of Your Pressure Cooker at Craftsy, I wanted to make dinner in my Instant Pot! 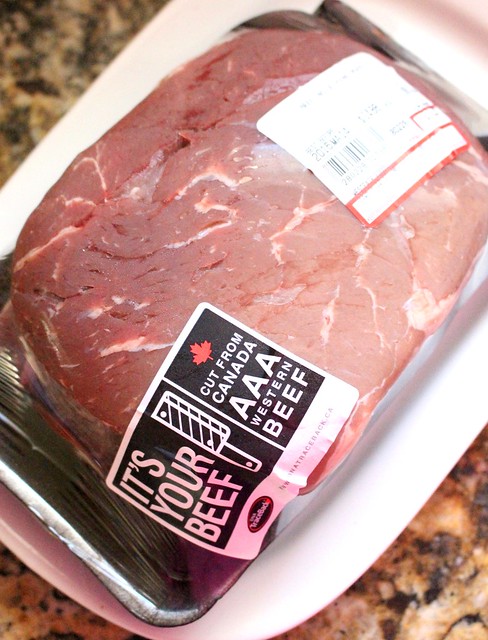 You are going to need a 2 1/2 lbs eye of round roast which is pricey, I know, but it is worth it! Normally this would take all day in a slow cooker to make all soft and tender but with the pressure cooker? Less than two hours! 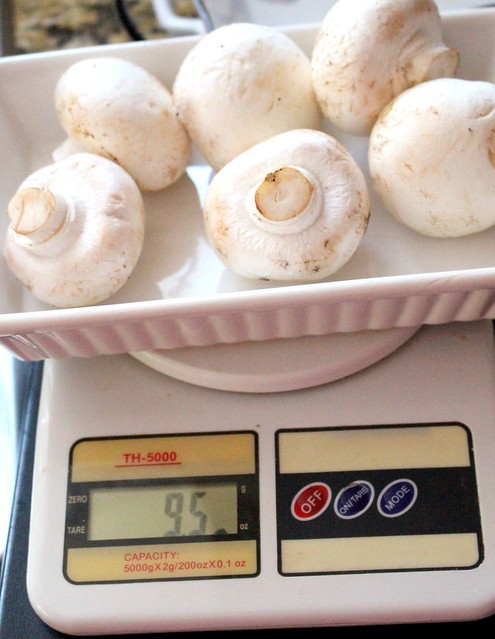 The recipe calls for 8 oz of mushrooms. I had no idea how many mushrooms it would take to get around 8 oz so there you go! Six large mushrooms should do. 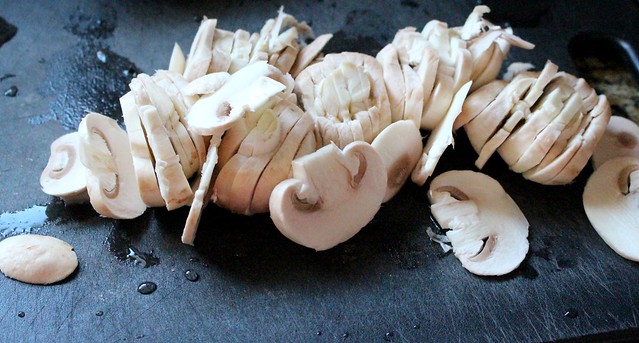 Clean, trim and slice them up. 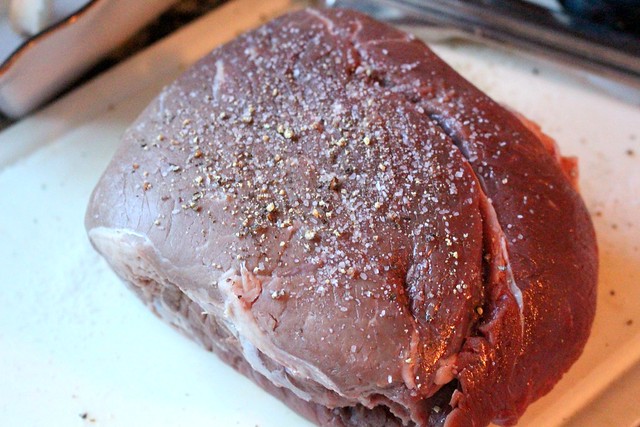 I have noticed that their recipes never call for seasoning with salt but I say, go for it! Big time. And do so before you sear the meat. It makes such a difference. 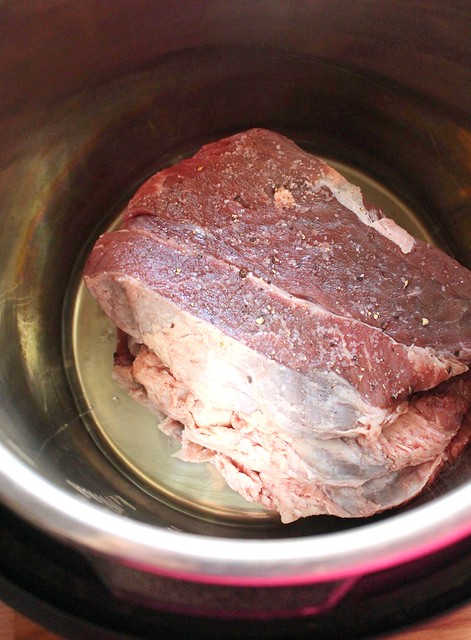 Heat 2 tbsp of oil in the pressure cooker and sear meat. I also decided to remove the butcher’s twine before searing but if you want “steaks” then keep it on. 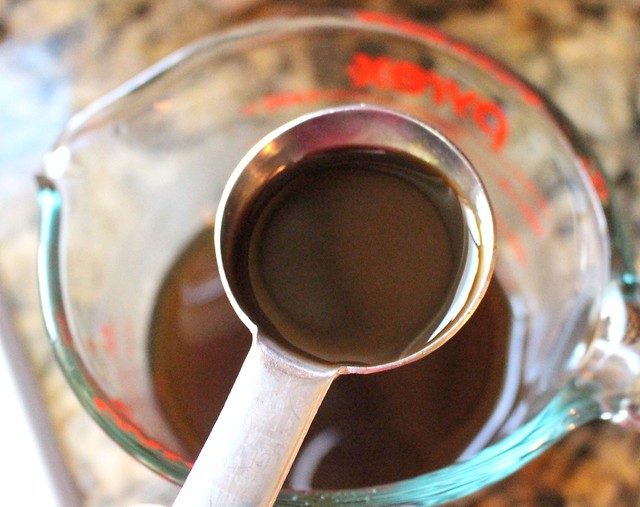 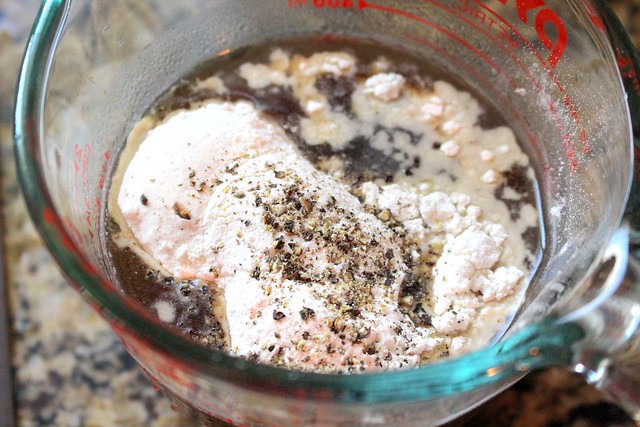 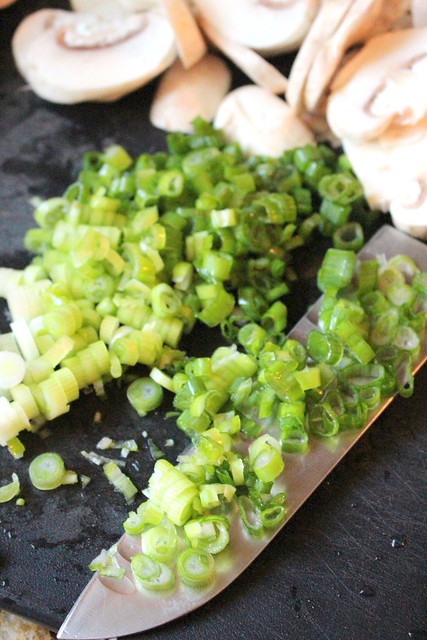 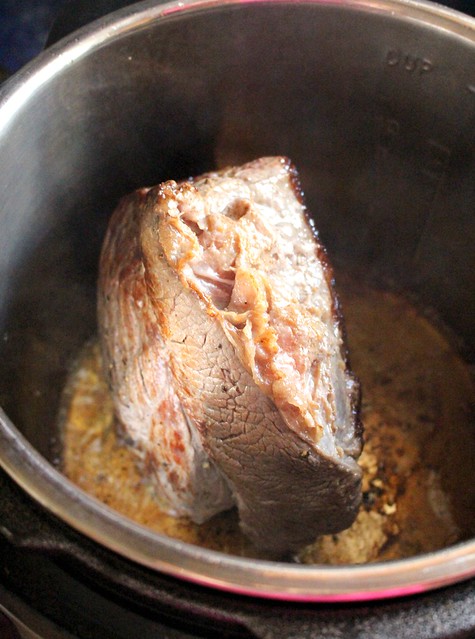 Sear meat on all sides, then remove from pressure cooker. 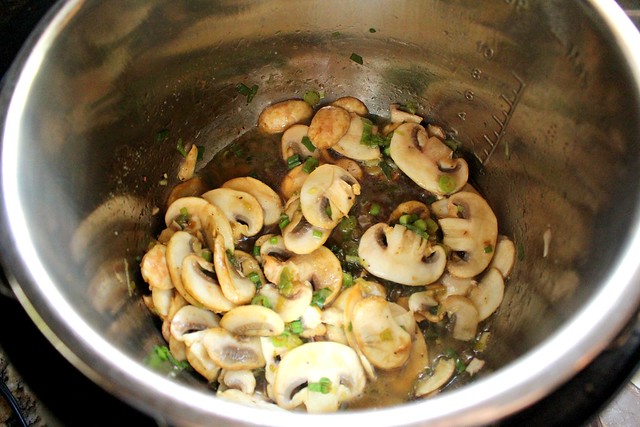 Add mushrooms and scallions and sauté, stirring often until softened, around 4 minutes. 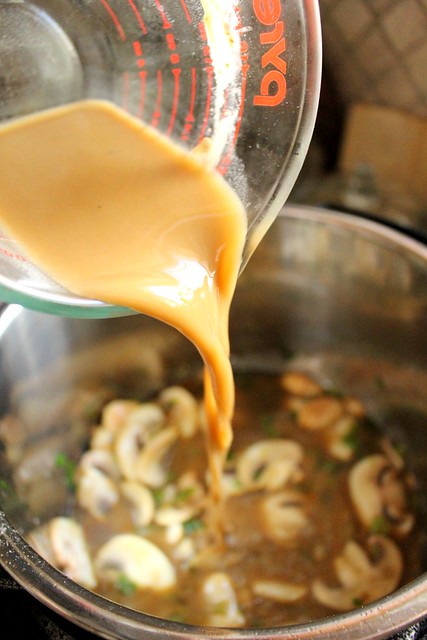 Whisk the broth mixture and pour into cooker. Stir until bubbling and slightly thickened. Scrape up those brown bits! 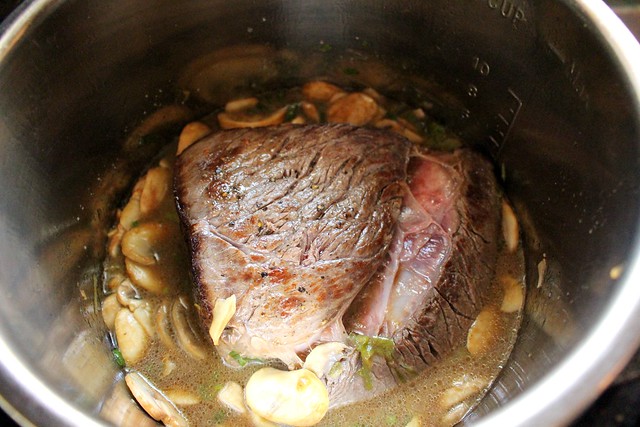 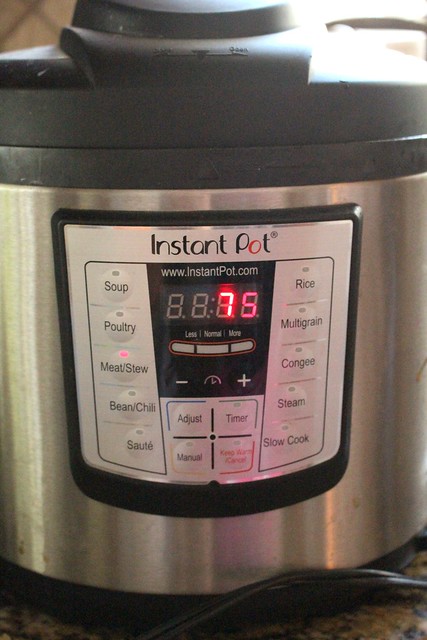 Lock lid and set machine to 75 minutes on the meat setting. 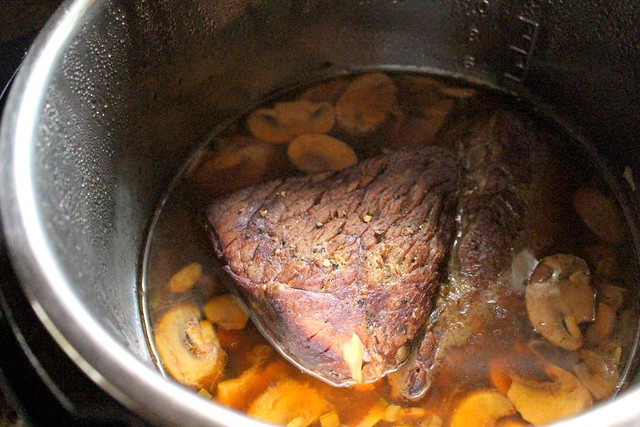 Unplug machine and let pressure normalize and sit for 18-22 minutes. 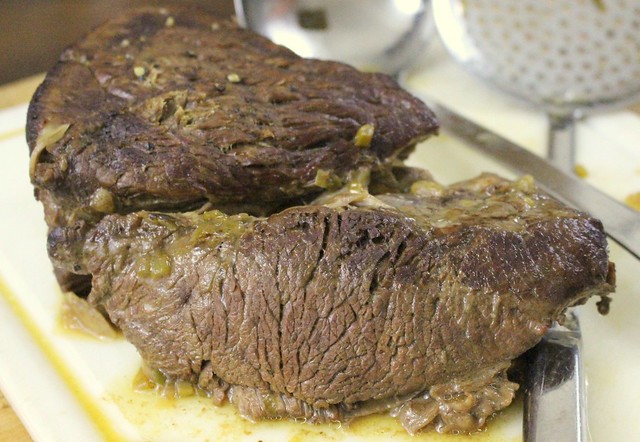 The meat was perfection! Totally broken down and tender in under 2 hours. I could not believe it!

The benefit to keeping the string on is you should be able to slice it into 1/2″ rounds but that was not important to me. I wanted the beefy goodness. 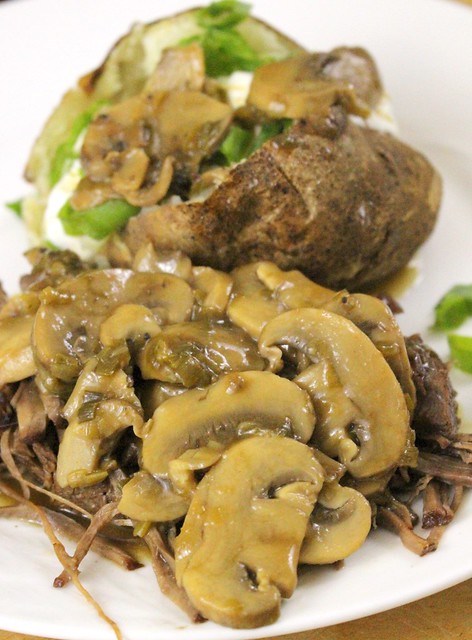 The sauce was a bit of a different story. It was so thin! And full of the fat from the beef. As a result I used an oil separator and then made a thicker gravy with a cornstarch slurry on the stove. It was STILL quite thin!

This was a very delicious dinner but honestly, the sauce needed a lot of work. The next day I added sour cream and paprika to make my own beef stroganoff and it was so good!

Personally, I think this recipe is a good stepping-off point for working with a large piece of tough beef in a pressure cooker. I urge you to make it your own!

I give this recipe three and a half out of five wooden spoons.