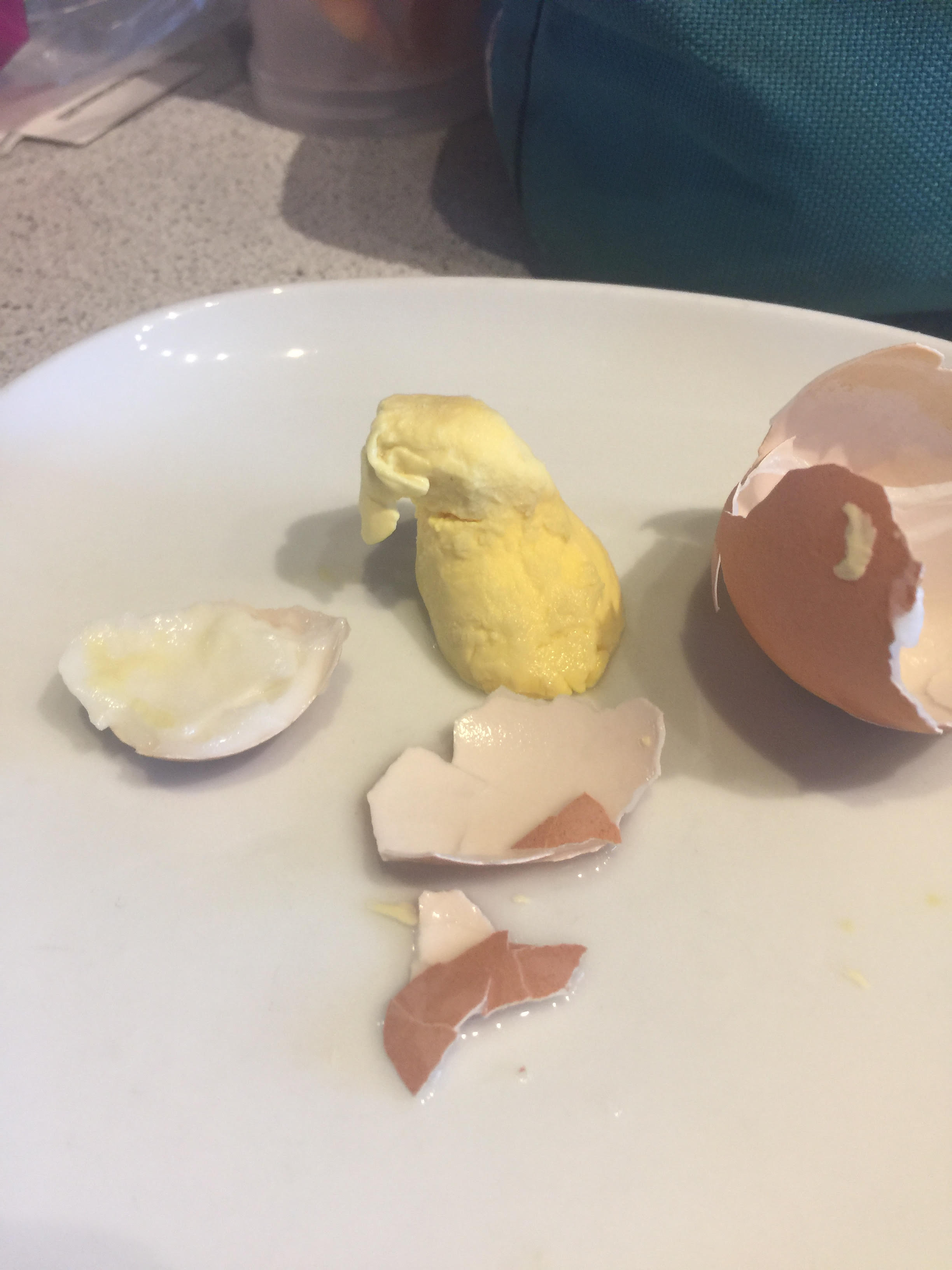 A friend of mine is asking for your help! Not once but TWICE he and his children were having hard boiled eggs and the yolk was kind of chick-shaped! 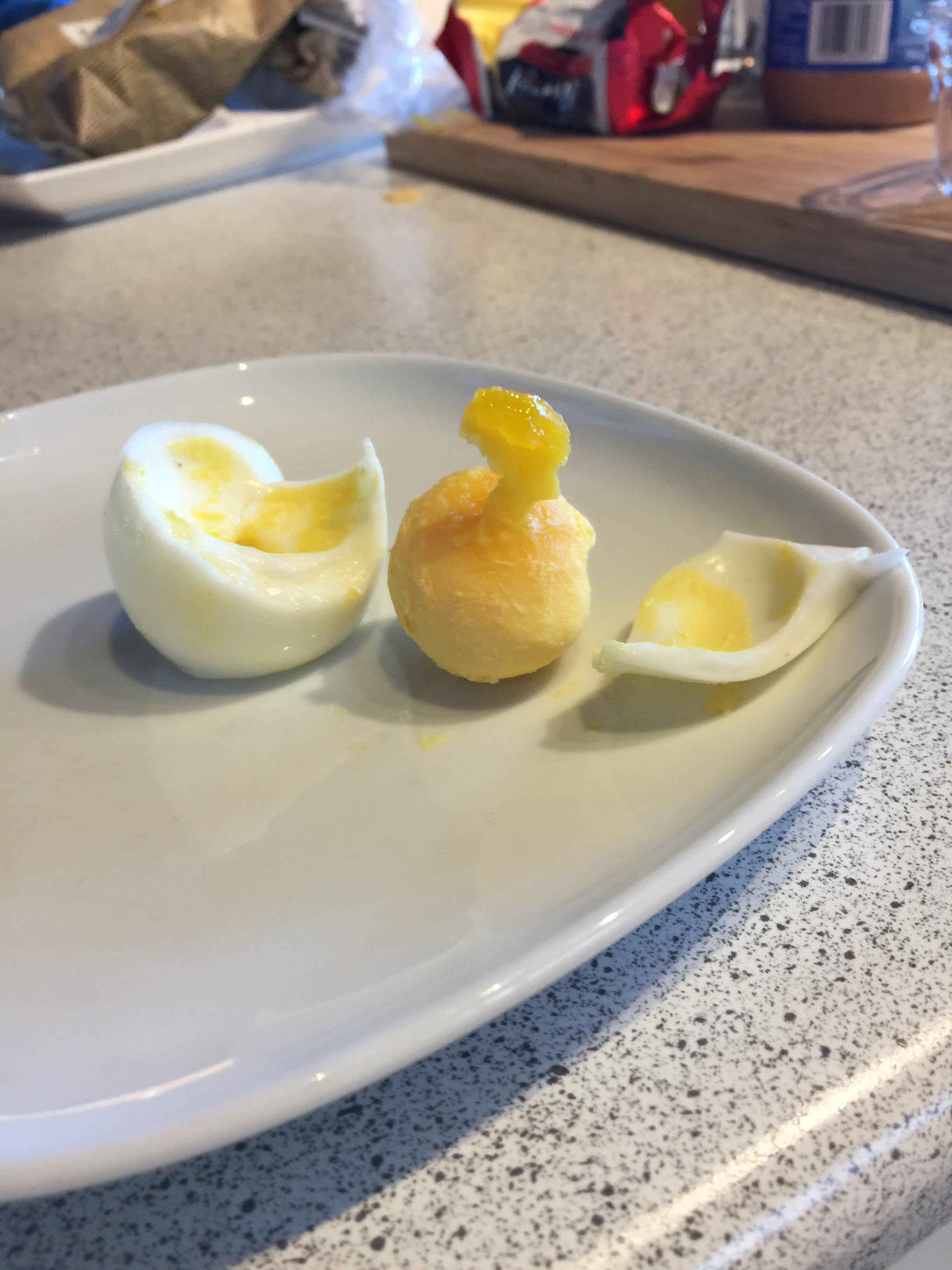 Now there must be a scientific foodie explanation for this weird egg phenomenon. Do you have any theories?

The kids were so freaked out by the yolks they fed them to their dog and swear they heard a crunch!

Now I know that you can scramble an egg in its shell before boiling but I do not know how you can create a chick-shape with a yolk!

If you have theories, let me know so I can pass them on and let them all feel a bit better about this odd foodie phenomenon (and prevent potential veganism, LOL).