You are here: Home / restaurant review / Women’s Day Lunch at Montana’s in Coquitlam 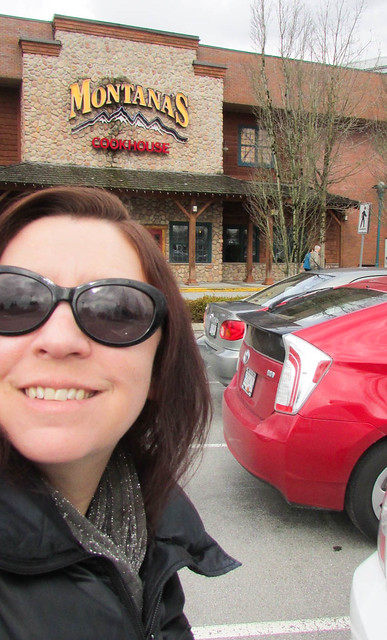 Last summer I went to the Montana’s in Coquitlam for their $14.99 steak promotion. I still had some of the gift card available to use and thought it would be the perfect way to enjoy a lunch out on International Women’s Day. It would give me a break in the kitchen, I would not end up spending money and yes, I wore red under my black jacket. 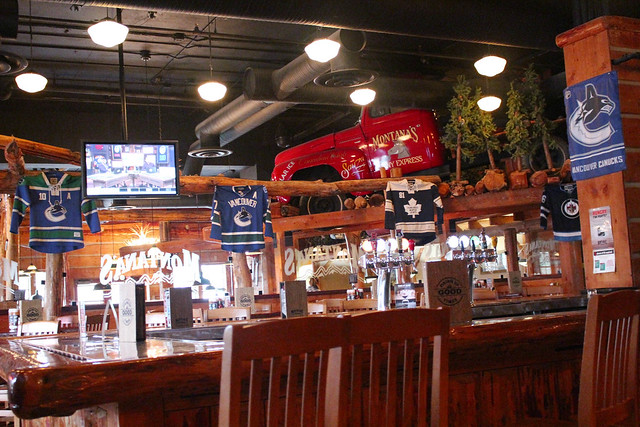 It was pretty quiet when we showed up for lunch which was just fine with me. 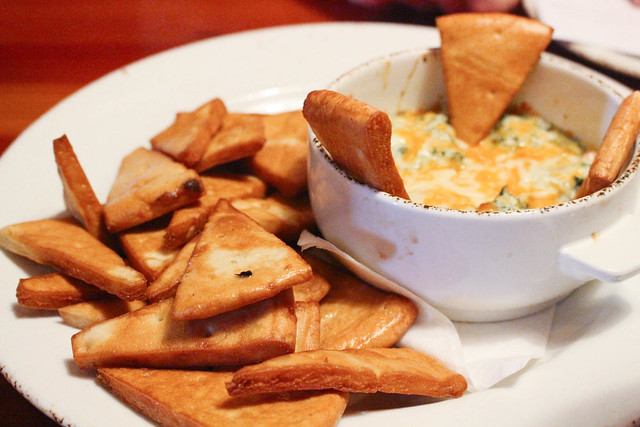 We even ordered an appetizer! What a treat. A four cheese spinach dip: “Four different types of cheese, spinach and spices, oven-baked to order. Served with crispy pita chips.” The dip was good but those pita chips were fantastic. 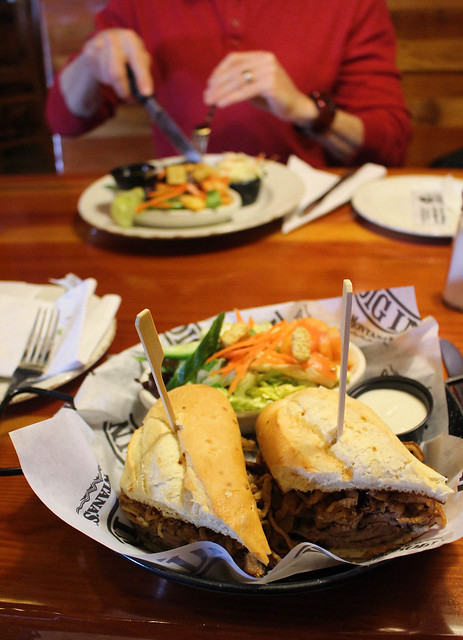 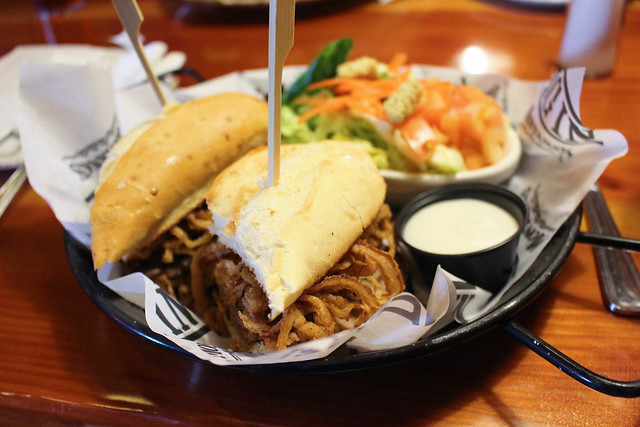 I ordered the steak sandwich that was covered in fried onions. Yum! 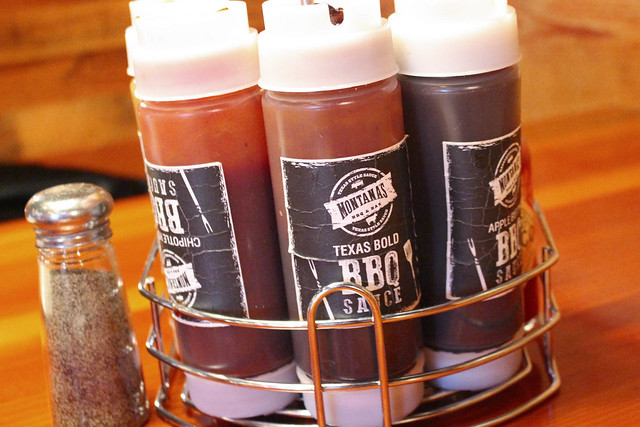 Instead of them slathering on the sauce, you get to decide which sauce you want for your sandwich from the caddy of sauces on your table. I had a blast taste testing all the different sauces. Everything but the Texas Bold was too sweet for me and man, was the meat ever tender. 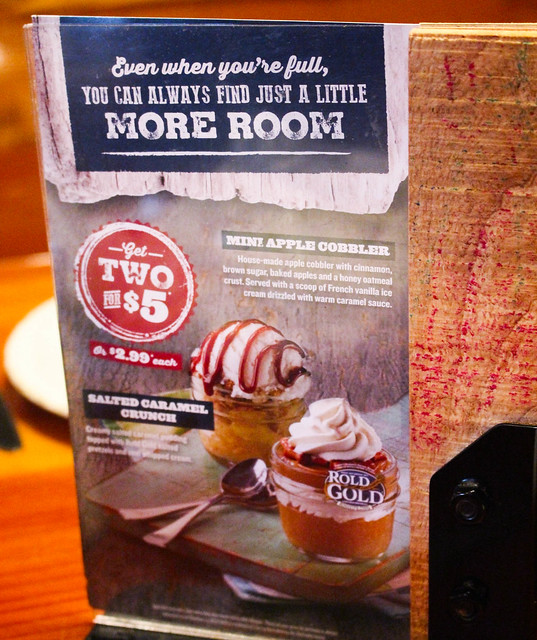 As much as I loved the shake ‘n share donuts I wanted to try something new so I ordered the salted caramel crunch. Reg once again ordered the mini apple cobbler. Two desserts for $5 is hard to pass up! 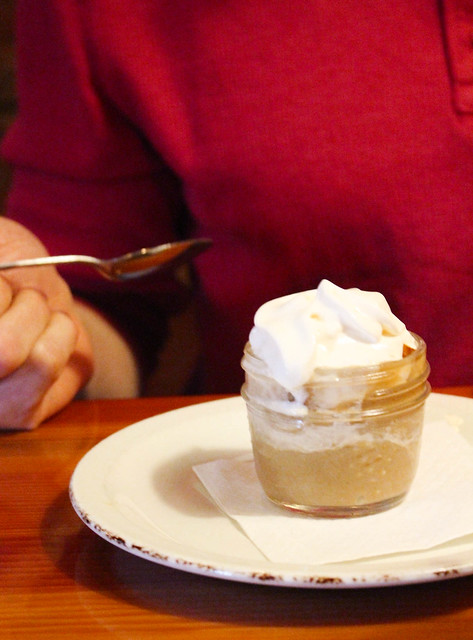 They mixed up the desserts so Reg ended up with my pudding in this shot! 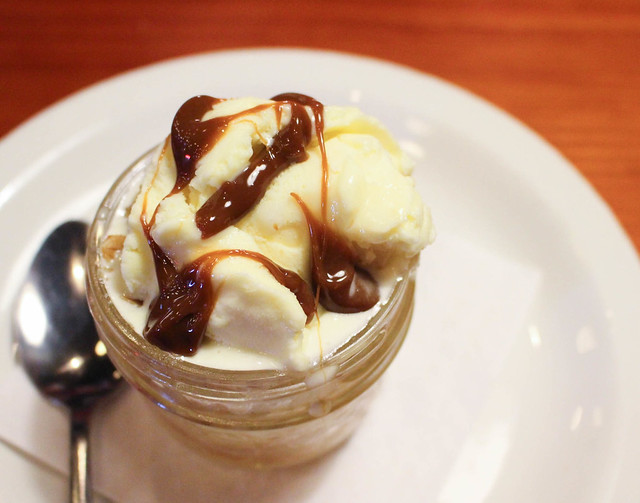 Easily remedied, we swapped mini mason jars of sweet goodness with each other. The salted caramel crunch was basically a caramel pudding with pretzels inside which was kind of odd but did give you that crunchy salted respite from sweetness. The flavour was good though and for the price, it can hardly be beat. That said, if I go again I will get those unbelievable shake ‘n share donuts again!

Reg picked up some chicken salads from McD’s last night and I cheated, I did make us smoothies to go with them but how could I spend an entire day and night not playing in the kitchen? It was great to get a day off but I look forward to getting back in there and having some foodie fun.