You are here: Home / peppers / No Name Naturally Imperfect Peppers 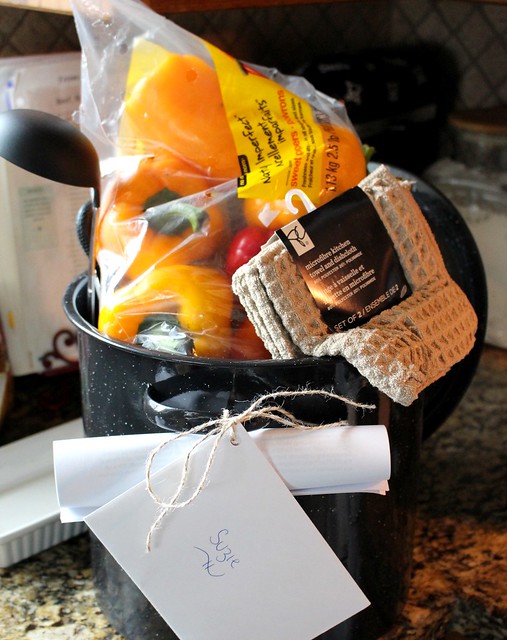 I had the most amazing package hand delivered to me the other day! 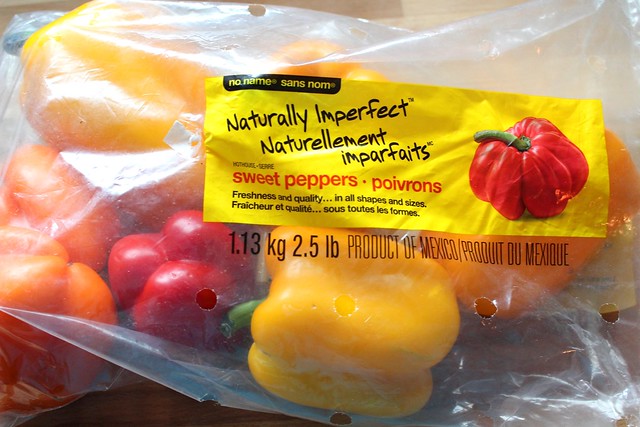 Loblaw sent me some of their new no name Naturally Imperfect peppers! 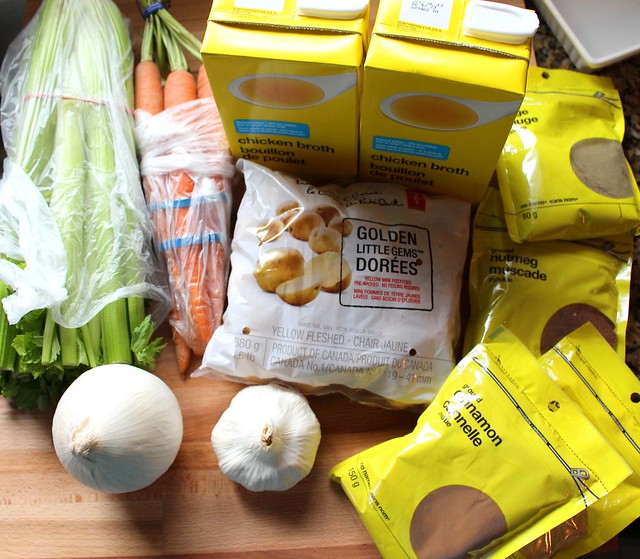 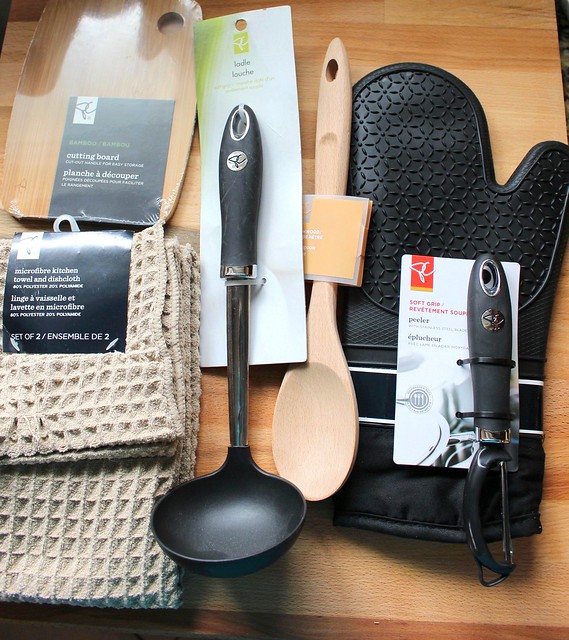 Everything I would need to make it, including the soup pot! Love their microfibre kitchen towel BTW. Most towels of that kind feel creepy on my hands but not this one. Their soft grip peeler is fantastic too, I use it all the time. Unfortunately my tiny hand got totally lost in that super cool black silicon oven mitt. 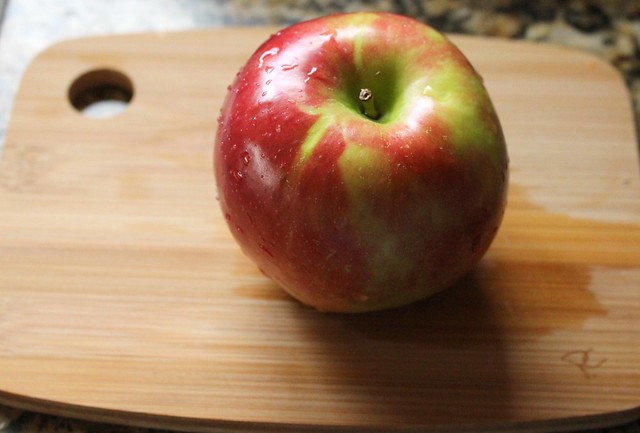 I use the little PC bamboo cutting board all the time. 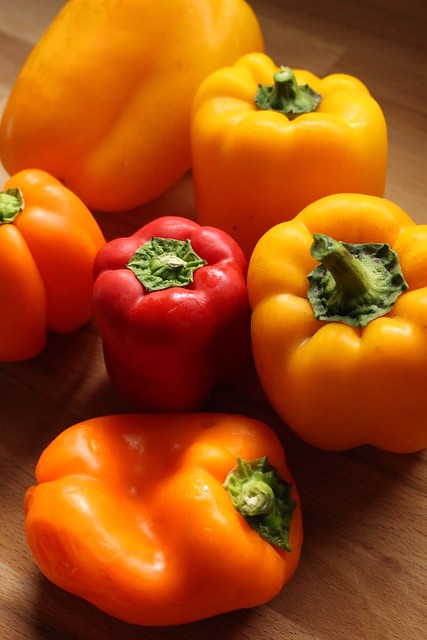 But back to the peppers!

British Columbia now has access to less-than-perfect produce brand… Imperfect or misshapen produce that tastes great and is good for you, is now available at Real Canadian Superstore®, Your Independent Grocer® and select no frills® locations in British Columbia. Furthering its commitment to offering affordable, quality products to customers, Loblaw Companies today makes the no name® Naturally Imperfect™ line of fruits and vegetables available to British Columbians. Starting with apples and peppers, no name® Naturally Imperfect™ produce costs up to 30 per cent less than traditional produce options found in store. 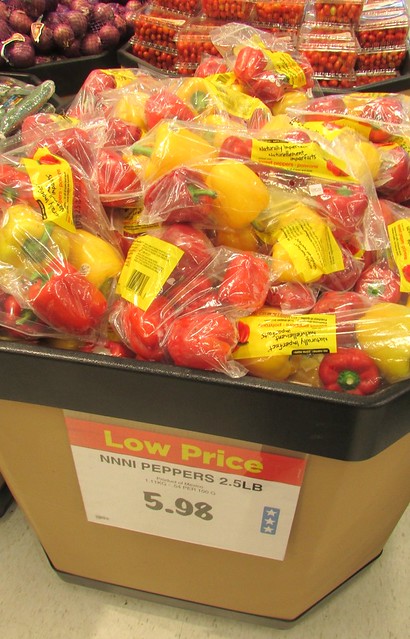 The peppers looked good to me and I found them in their own little section on display. One bag was just $5.98 and which is amazing considering I have bought a single pepper for over $3.

Apparently this line has been expanded to also include carrots and cucumbers which I have yet to see at my store. 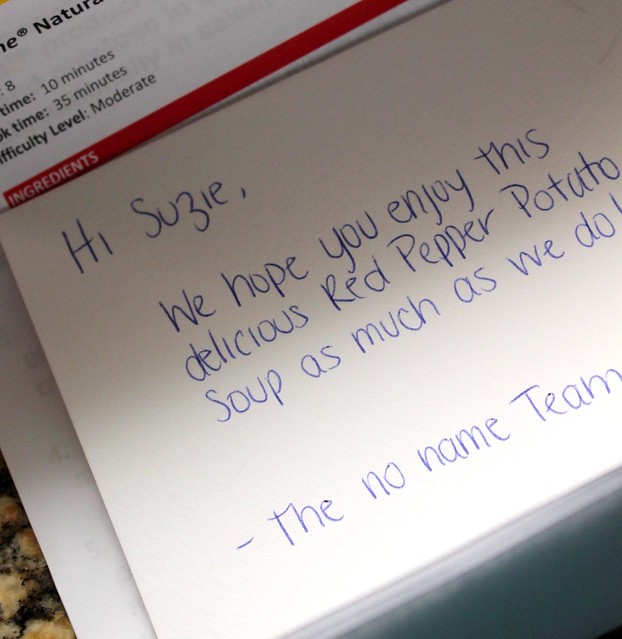 I think it is a fantastic idea to use the no name brand to sell less-than-perfect food for cheaper. I remember when no name came out my mom thought the concept and name was genius and I have been a long-time supporter of their products. I look forward to buying more from them because food is food. Who cares about aesthetics?

Next? I will share their fantastic red pepper potato soup recipe with you!