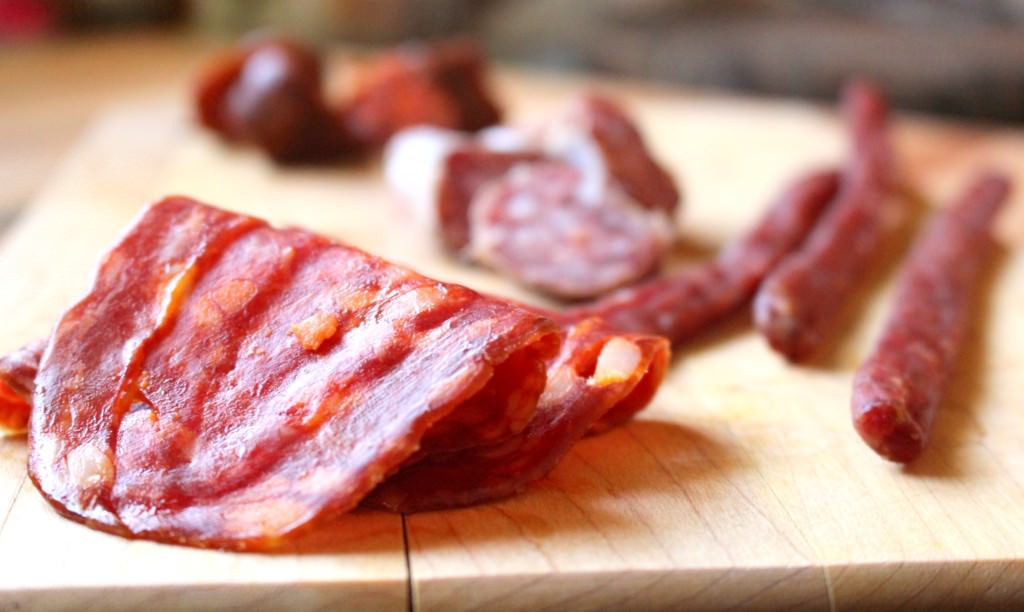 The meat-eating journey continues with the Carnivore Club box of treats by Espuna as seen on Dragon’s Den! 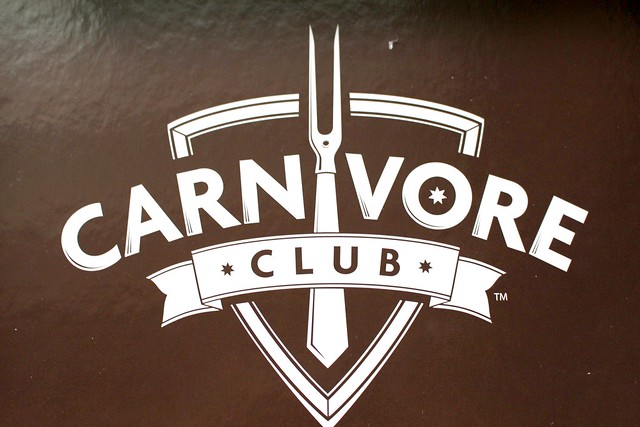 Part 1 was quite the journey with me discovering I am not a fan of serrano ham and the chorizo canitas was tasty but the aftertaste bit back. 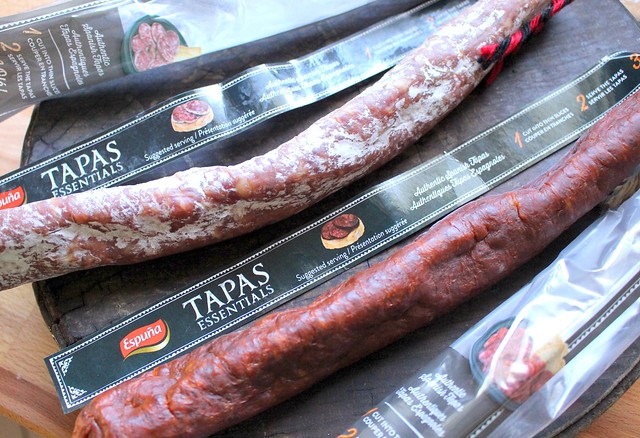 This time I moved on to the salamis. 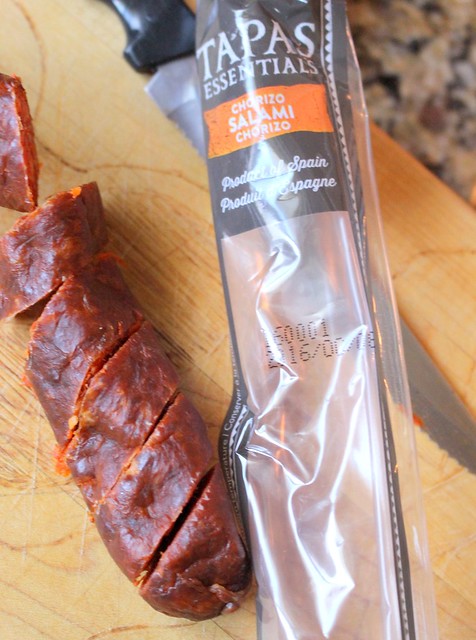 I began with the chorizo. 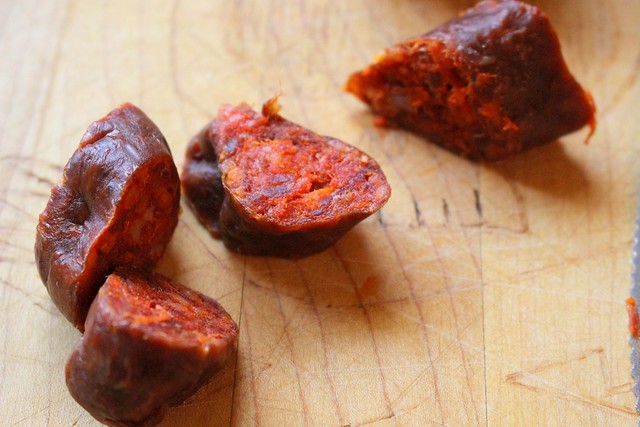 Look at that fiery colour! No dyes were used in the making of this chorizo. That all comes from the peppers and this was damn delicious. Huge flavour, wonderful texture and not too dry. 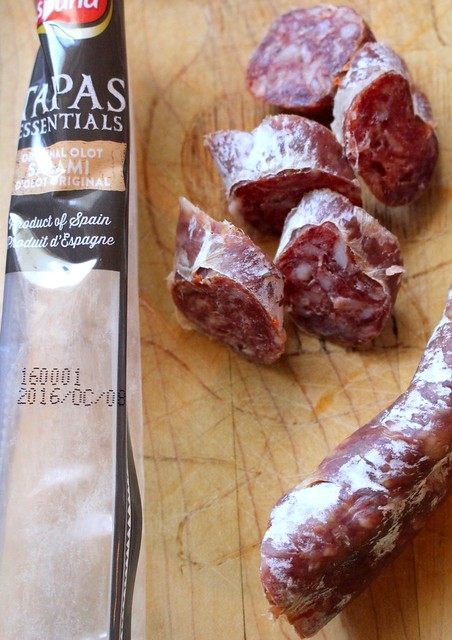 Next came the Olot salami named “fuet,” a powdery white “meat stick” that comes from the Olot region of Spain. 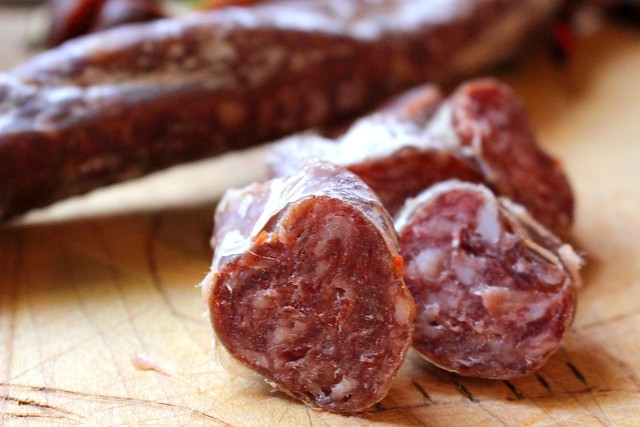 It is made with the same pork that goes into their chorizo and has a natural white mould covering the salami. It was a little fatty but who cares? Again, wonderful flavour and texture. This product ruled. 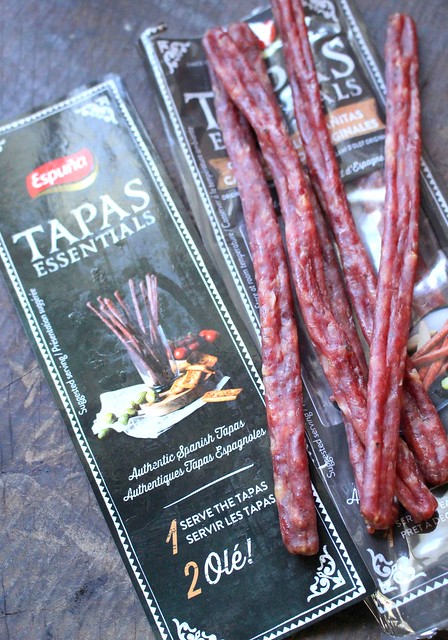 The Olot salami also came in the Canitas sticks and were fantastic. A little easier to snack on and they did not have as thick a casing. 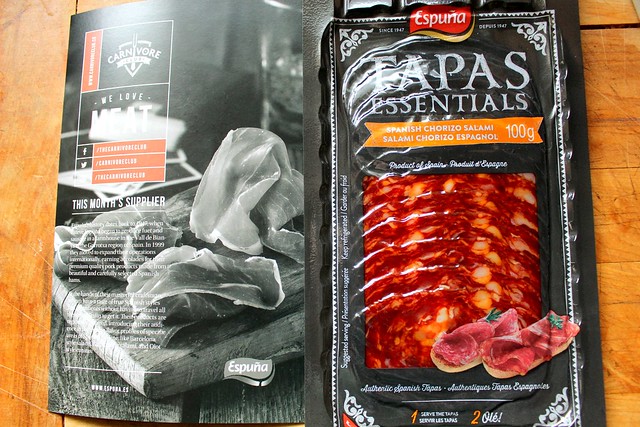 The Spanish chorizo salami was so vibrant in colour! 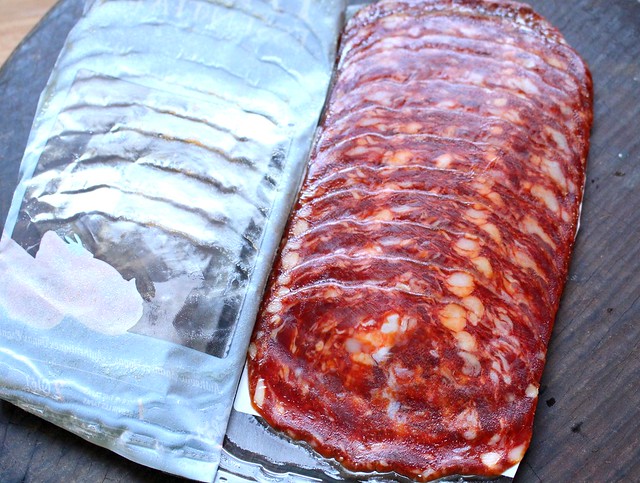 And so very thin. 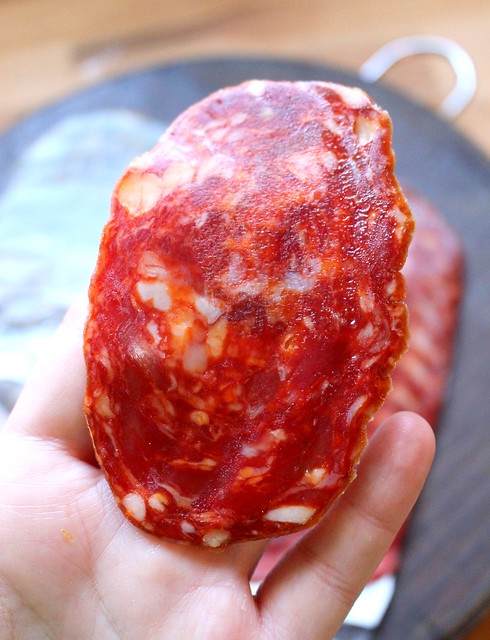 Easy to put on a platter for finger food but I am thinking of making sandwiches with it! Fabulous flavour but again, crazy-bad aftertaste with this one so make sure to finish off with something else. 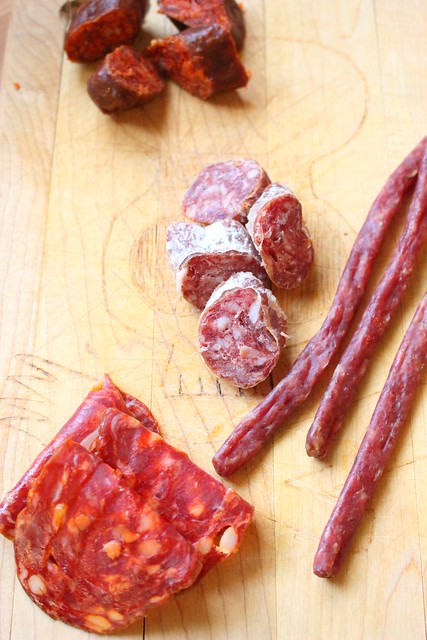 Will there be a Part 3 to this foodie journey? Yes! Why? Because my arteries need a break. Reg does not eat pork and as much as I love it, this is a lot of tasty but rich food to get through. I really did enjoy every element to Part 2 of my box of meat from the Carnivore Club by Espuna.