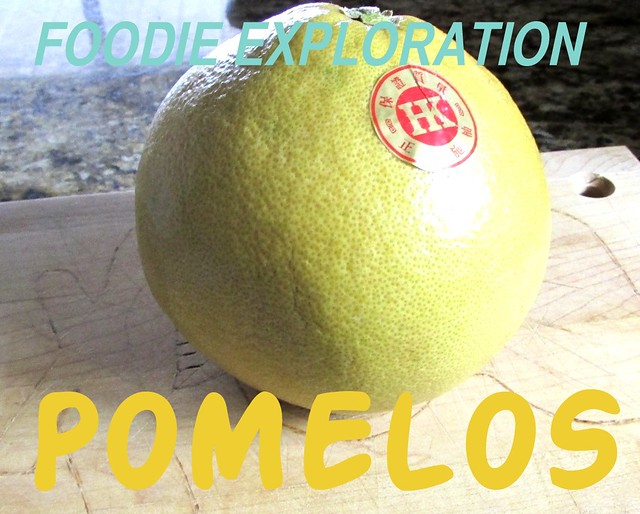 I love that the Latin term for a pomelo is “citrus maxima” because it deserves the name.

Since I moved to Vancouver I have seen pomelos regularly at the Asian markets and are they ever popular. Especially at Chinese New Year.

Part of my new year goal for 2015 is to explore more, especially when it comes to food. On the radio I heard someone refer to pomelos as grapefruit on steroids. Now that sounded like a foodie challenge! 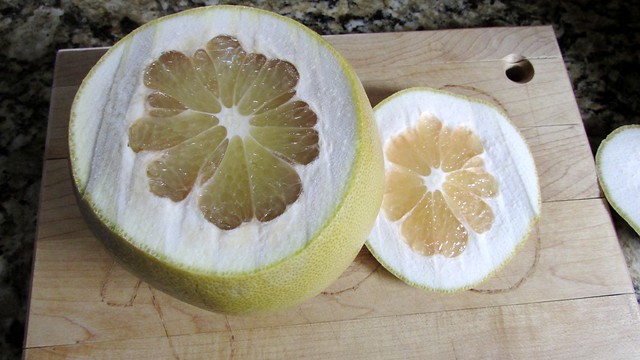 One pomelo cost me well over $3 which was pretty expensive but the thing was quite huge. In February you could buy them partially peeled which I thought was odd. After bringing one home and cutting it open, I saw the value of buying them like that.

The rind is insanely thick! From what I can tell, most people cut off the top like this and then remove the rind by hand. I was not going to do that. Too hard on my hands and I knew I would end up with fruit juice all over myself. 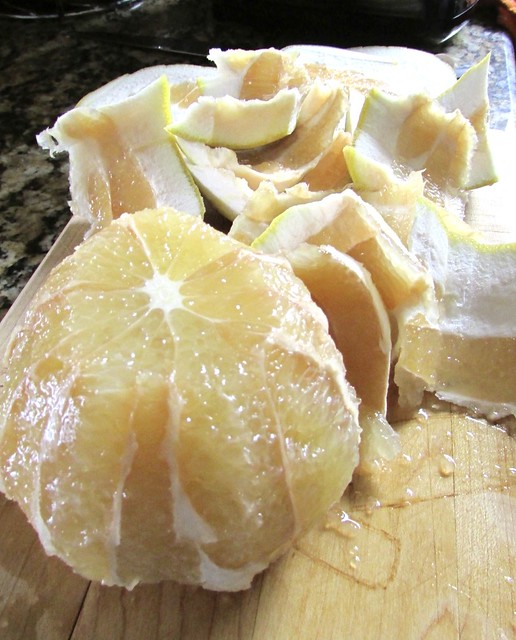 So I cut off the bottom and then went around the circumference as though it was a monstrous orange. Still very messy though… 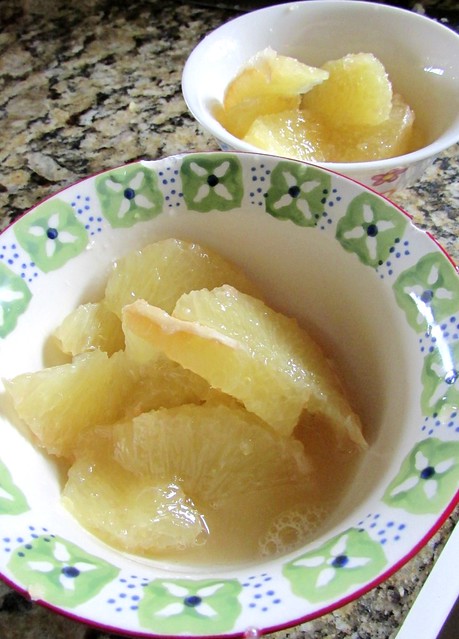 I could not believe this was all that was left after I removed the slices! Not a lot for almost $4.

But you know, it was worth it. I love grapefruit but sometimes it hurts my throat and I have to add a lot of brown sugar. Not with a pomelo. It was smoother and more gentle than grapefruit and… quite lovely.

Next time I will either put the entire thing through my fruit press and juice the hell out of it or I am going to slice it in half and enjoy it with a serrated spoon like I would half a grapefruit. No matter how you slice it, it is going to be messy but I am happy to say, it will be worth it.