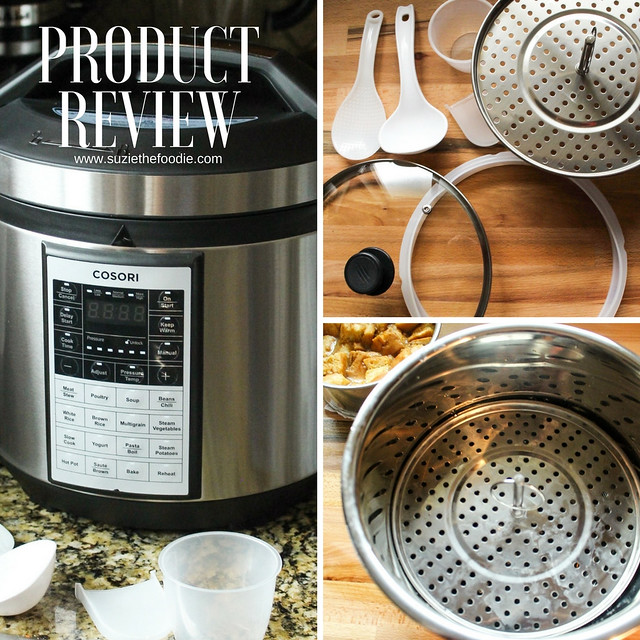 Cosori sent me their COSORI Premium 8-in-1 Multi-Use Programmable Pressure Cooker and I wanted to REALLY put it through my test kitchen and throw just about everything at it to see how it stacks up in comparison to The Instant Pot. I discovered that it may be possible to product test something to death.

What Do You Get?

You can of course watch my unboxing video to see exactly what comes with this particular Cosori pressure cooker. 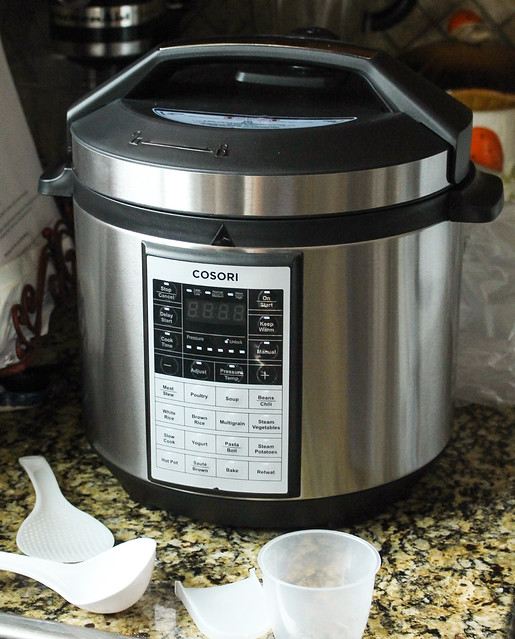 You get the pressure cooker, spatula, ladle, measuring cup, a water collection cup (which I have never used)… 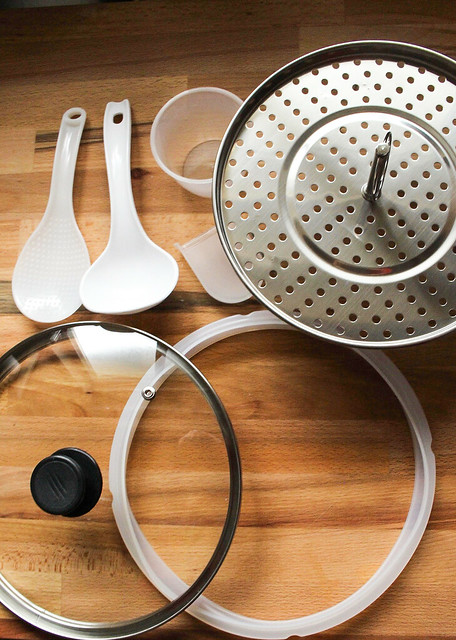 The steamer rack, glass lid and an extra sealing ring. 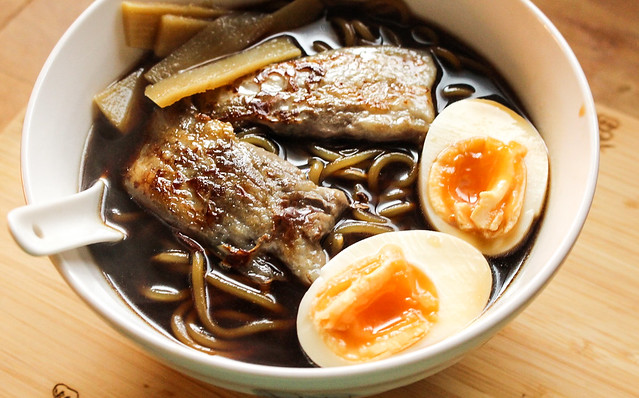 I did get confused because there is only one direction you should turn the release valve to remove pressure from the cooker but overall, it seemed pretty straight forward. There is also a red float valve that tells you when pressure has been normalized which my Instant Pot does not have. 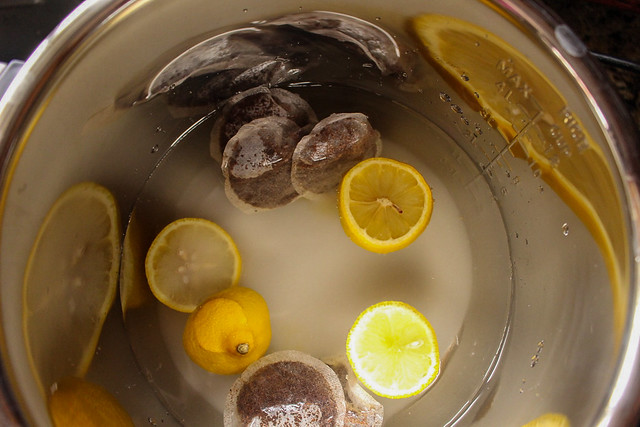 Then I turned to other recipes I had already put through my Instant Pot so I could compare like my lemon-infused pressure cooker iced tea. 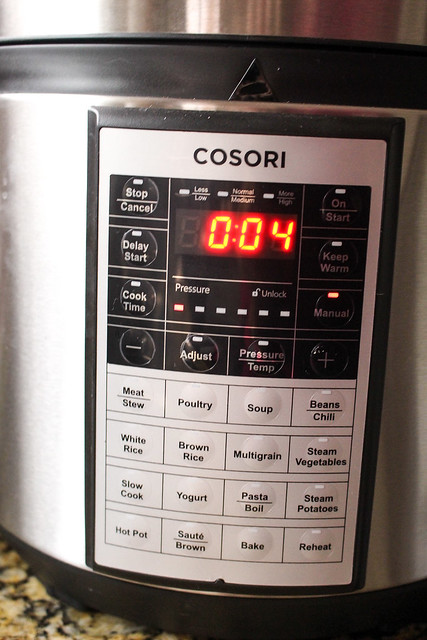 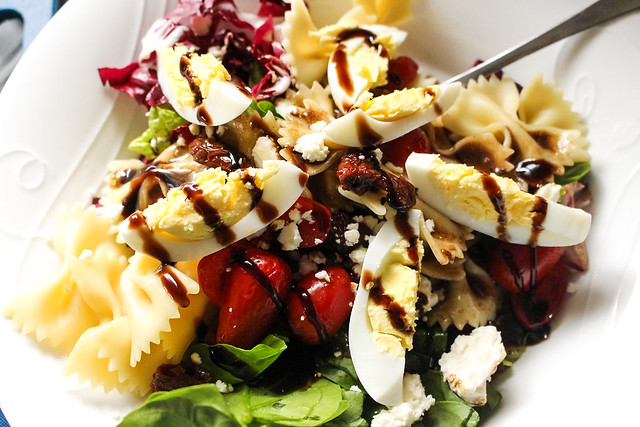 Next I made easy-to-peel pressure cooker hard boiled eggs and they worked like a dream too. 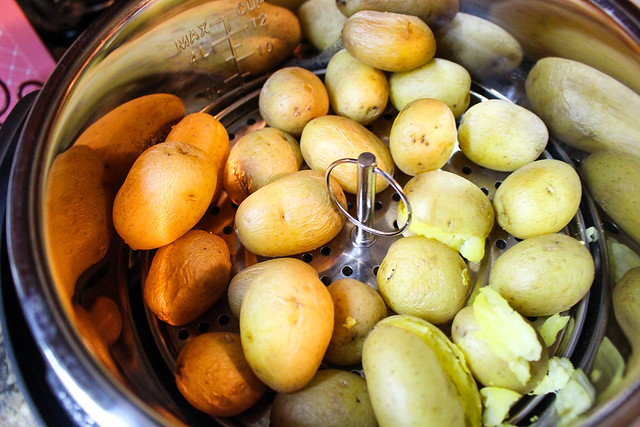 I absolutely love the steamer rack and prefer it to the Instant Pot’s weird triangular rack that never really impressed me. I always ended up using my own steamer basket but with the Cosori‘s I used theirs all the time. 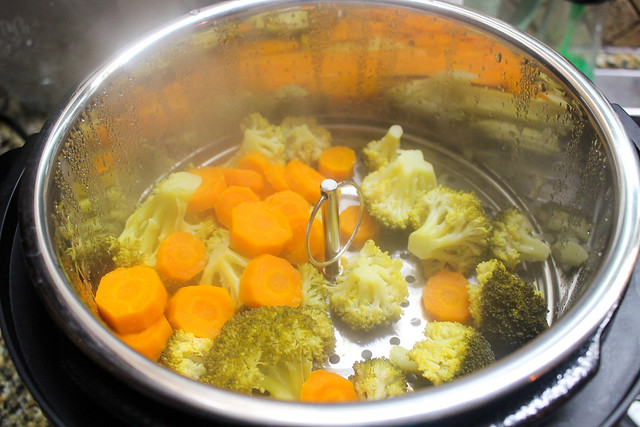 I tried some of its programmed settings for steaming vegetables and it totally over-cooked my veggies. 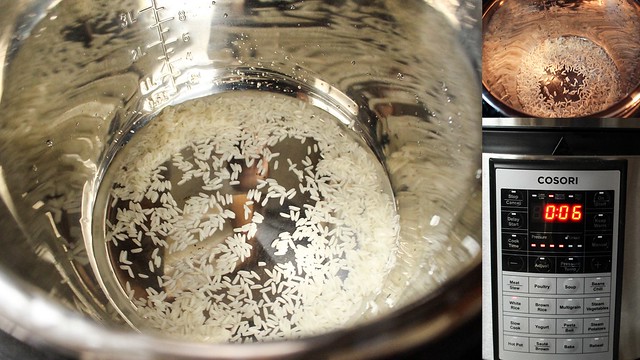 It cooked rice, even the smallest amounts, really well. 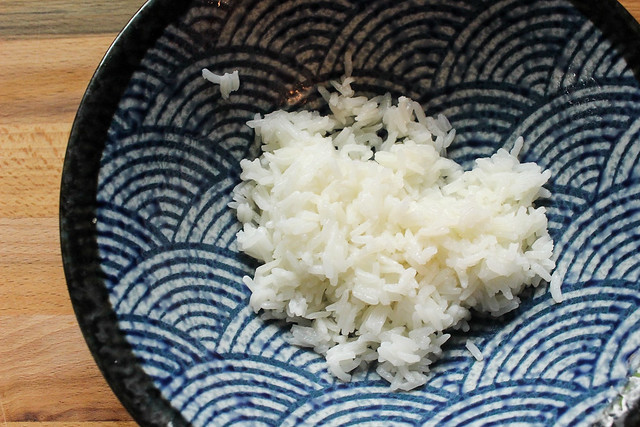 Sometimes I do not want a whole heck of a lot of rice. That said, it cooks large batches of rice very quickly and beautifully. I even did a rice pilau in it and… 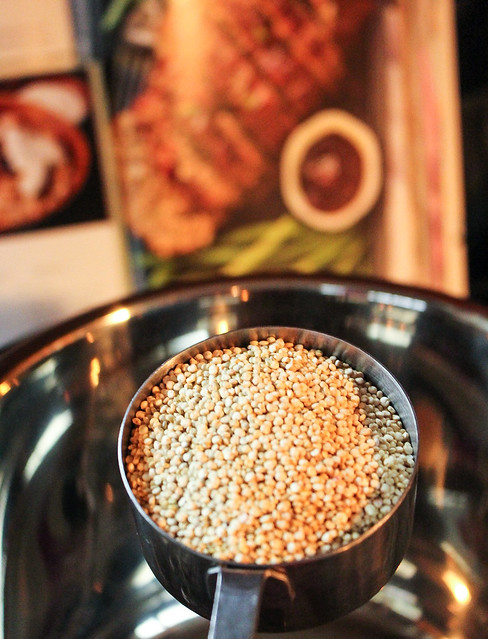 Quinoa! I know, what was I thinking? It was actually for Greta’s Yum & Yummer Meatloaf. More on that coming soon.

Perhaps that is when I pushed it too far.

It was around this time of the product testing process that my Cosori started to go crazy. I was sitting trying to watch TV with Reg when it started to beep. Not at the right time and it would not shut the hell up. I gave it some time and it just started going bonkers. I went in and it kept going from C to F, beeping each time.

Reg looked up in the troubleshooting part of the manual and suggested I press the – and the + button at the same time to choose between Celsius and Fahrenheit. Did not work. It got so annoying I unplugged the damn thing. 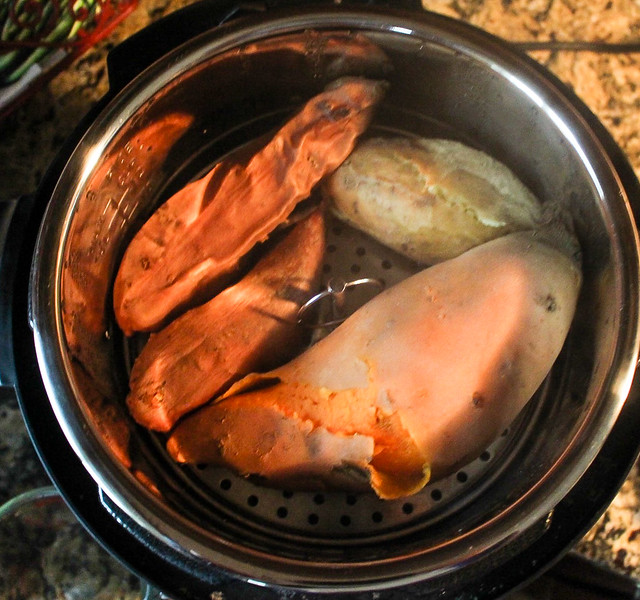 The beeping did not stop the next time I used it. In fact, at first, it got worse. The machine was still working correctly but the beeping was driving me crazy! 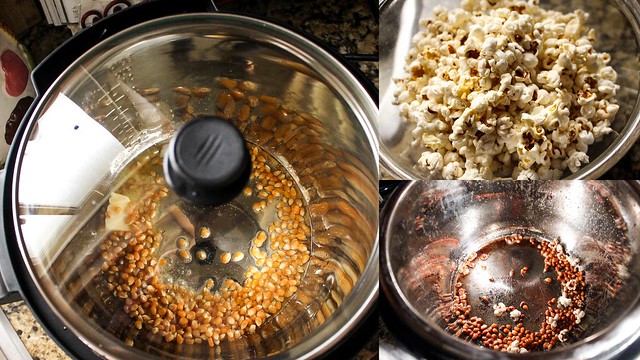 The machine would remain quiet on the sauté setting (what a relief) so I got out the cool glass lid and tried to make popcorn as instructed in the cookbook that came with the machine. 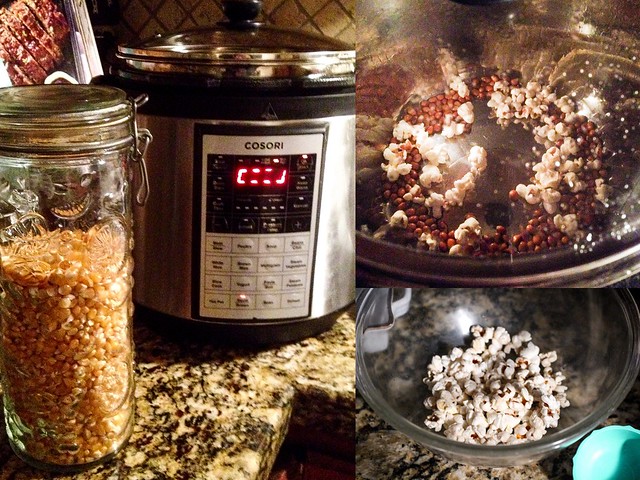 Three attempts and very little popcorn ever popped. It was a great idea in theory but because the heating element is in the middle of the pot, most of the kernels refused to pop. Annoying! I am sticking with my stovetop method. Works every time. 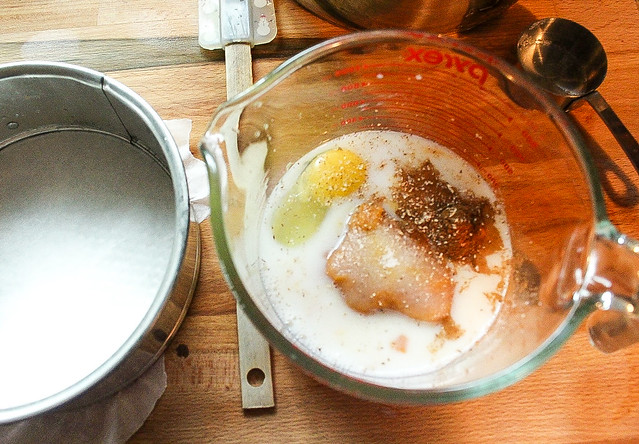 I attempted to make their recipe for bread pudding but also ran into a few issues. I was all prepared to endure the beeping when I realized I needed to find a 2-quart bowl that would fit in the pressure cooker to make it. Umm… What eight cup bowl was going to fit into this thing? None that I had! So I got out my mini springform pan and decided to make half the recipe instead. 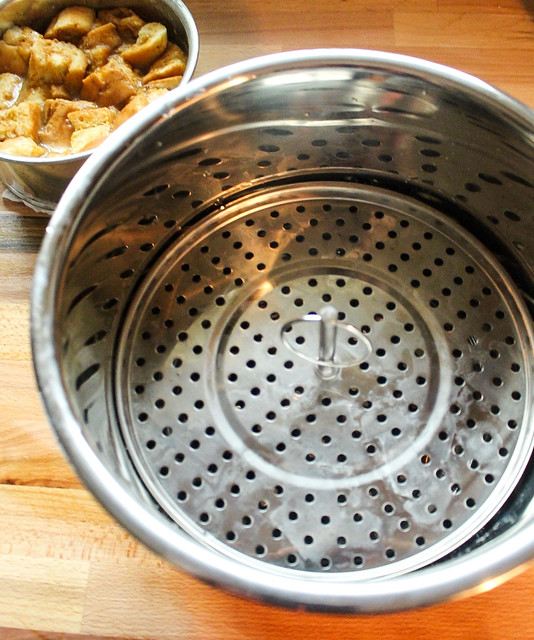 The recipe said add 3 cups of water, the steam rack and then the bowl. Ummm…. The steam rack has this big post on it?! Was I supposed to unscrew it? 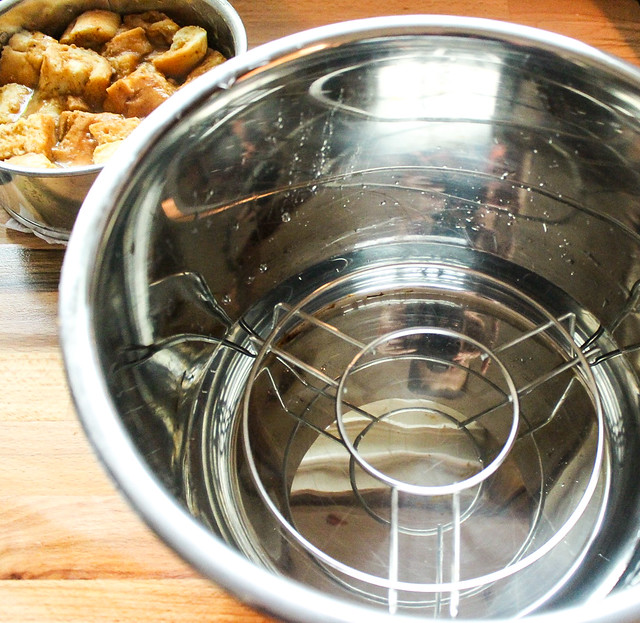 The weird trivet from the Instant Pot saved the day. I was NOT going to mess around with that awesome steam rack. 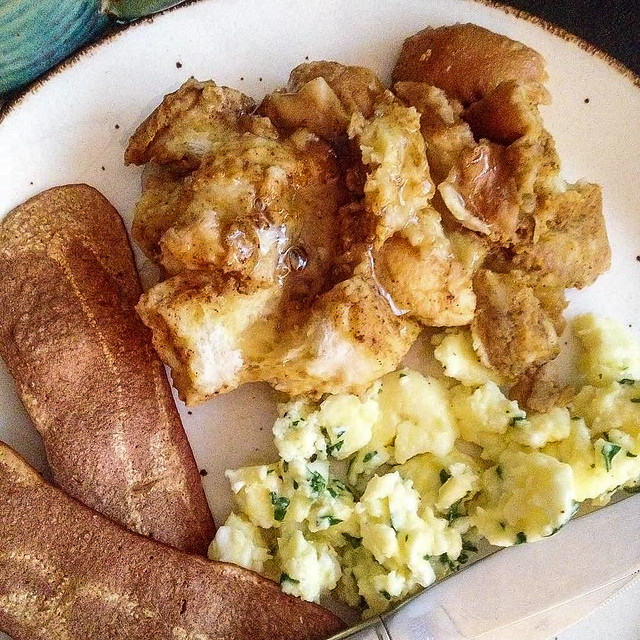 The bread pudding was very good but was more of a steamed pudding. The psycho beeping started about 15 minutes in and I was so sad. I said, “Cosori, you were doing so well!!!” Thankfully the beeping seems to have subsided a little and when the company heard about my problem they sent me a brand new one ASAP. Talk about excellent customer service. 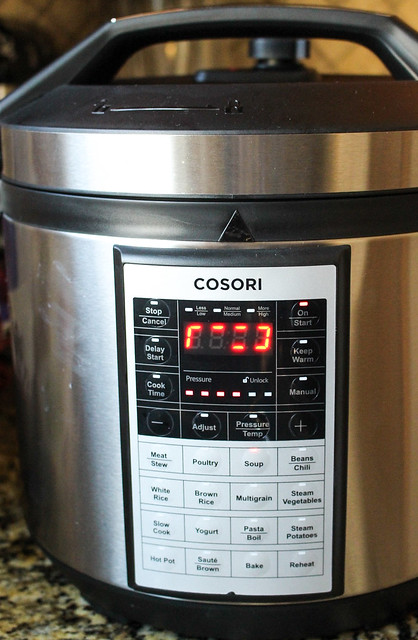 Cosori was so generous to send me one of their pressure cookers in the first place, hold a giveaway for one of my foodie friends and send me a brand new one when mine started to act weird. You know what Instant Pot has done for me? Nothing! My aunt bought it for me as a gift and I do not think the Instant Pot has ever acknowledged my existence online in any way shape or form despite how many posts I have done.

That said… I never have had any problems with it at all over the last four years.

This puts me in such a horrible spot! In so many ways I think the Cosori pressure cooker is superior and I love that they included an extra sealing ring, a glass lid (perfect for heating up leftovers) and their steam rack (unless you are baking). Despite having this weird electrical issue the pressure cooker still works fantastically and even seems to be calming down a bit and beeping less.

I do not think I have ever had a more challenging product to review ever. Taking into account the excellent customer service, their immediate call to action when something did go wrong and the fact that, well, something did go VERY wrong… I give this product four out of five wooden spoons. If it had not been for that psychotic beeping it would have gotten a five out of five (just don’t make popcorn with it) because it worked so well and has so much more going for it than the Instant Pot I personally have.

There is no doubt in my mind that pressure cooking is here to stay. I highly recommend purchasing the Cosori pressure cooker for yourself, your friends and/or your family for the holidays.