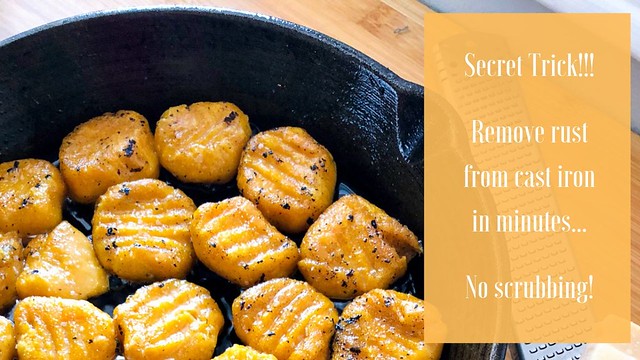 My friend Tanya told me about this trick that she uses to make old cast iron pans look brand new with minimal effort. Awesome! I am always up for trying out a new technique in the kitchen and it was so cheap and environmentally friendly, it sounded too good to be true. 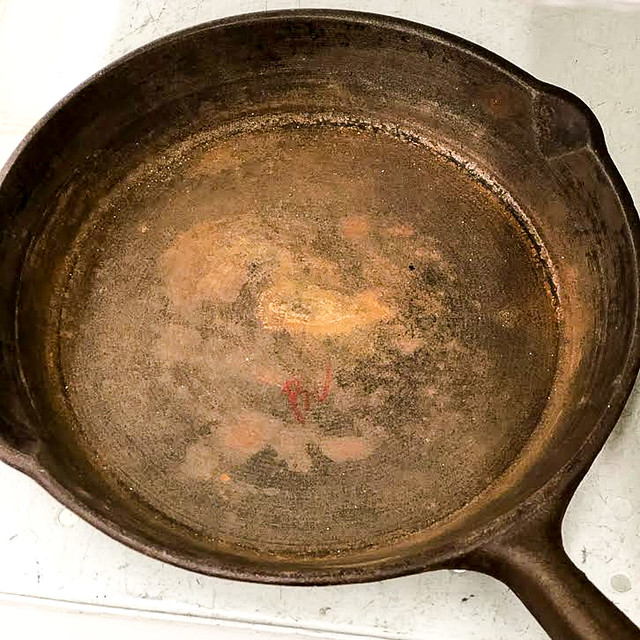 One of the hardest things that I had to leave behind when I moved back home was all my cast iron pans. I almost did not want to attempt to replace them but I saw this sad, neglected medium-sized frying pan for $14.99 at Value Village (I know, not cheap)  I just had to save it. I wanted to bring it back to life and yes, the symbolism is not lost on me. 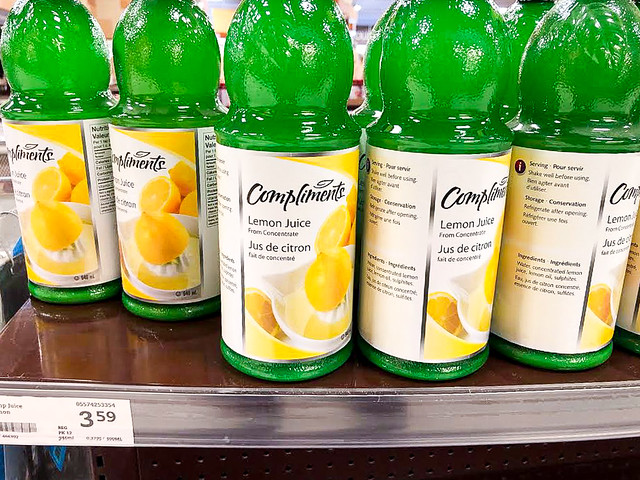 The big secret ingredient to remove the rust? Lemon juice! Tanya actually suggested uses coarse salt to scrub away the rust but that ended up being unnecessary. 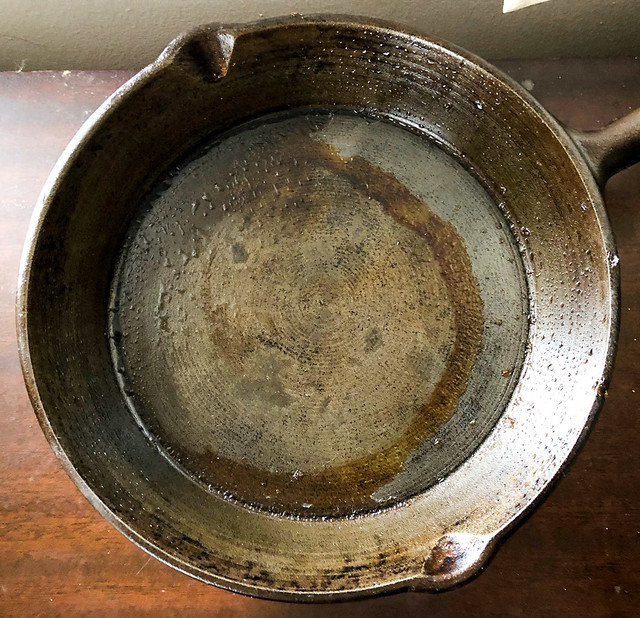 I was following her directions to put the pan on the stove with lots of lemon juice and I turned up the heat. Bam! The lemon juice overflowed and I had to get the pan in the sink and deal with the rust-in-the-air scent explosion that followed. There was no time to take photos, no time to do anything except react but… The rust was all gone!

I knew I had to get the pan covered in oil and in the oven to season ASAP now that the cast iron was exposed to oxygen. You can find my seasoning directions here. This is the only time you want to use detergent on your pan, to clean the dirt and rust off before you season it. 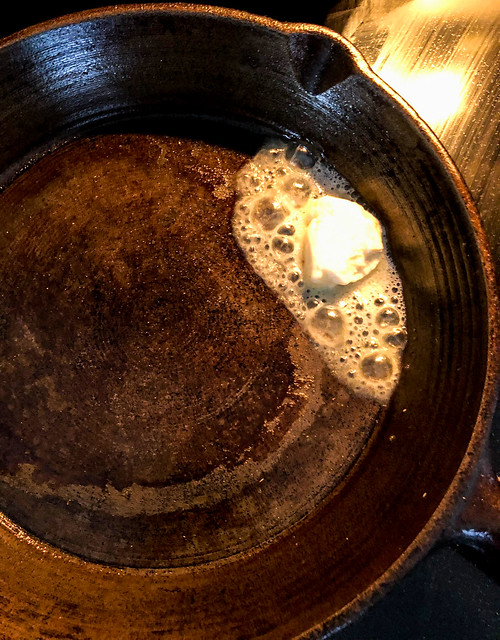 The seasoning did not quite cover all areas in the same way but the pan is more than just usable, it is awesome. 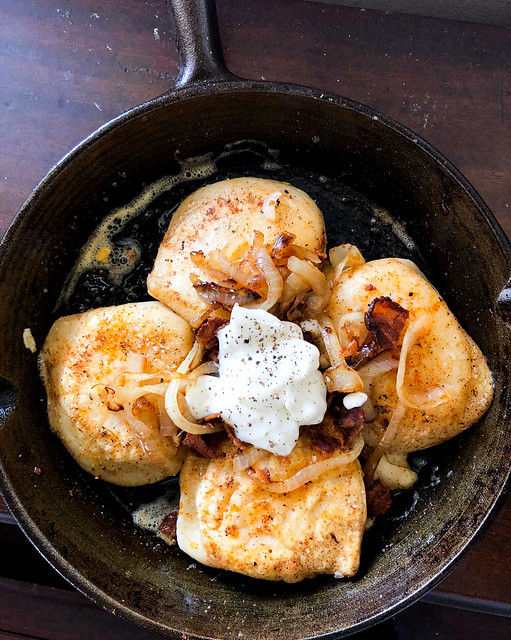 In fact I think it has a lot of character because it is not 100% perfect and I feel good knowing that I brought it back to life and use it all the time. 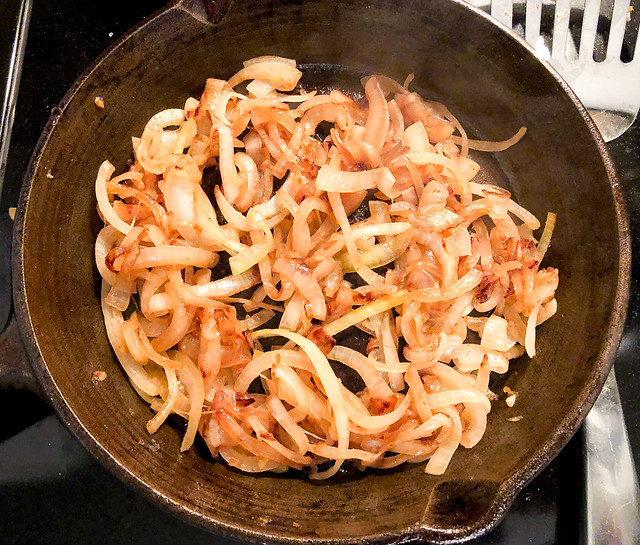 I have used it to make my fast and dry caramelized onions, no problem! 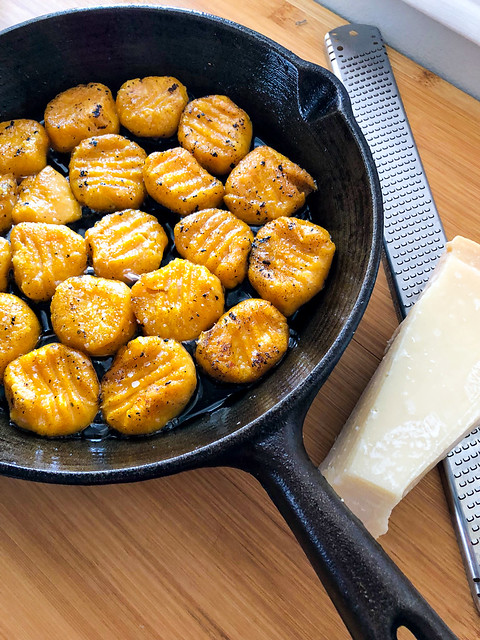 I personally love finishing off gnocchi in a hot and buttery cast iron pan so I made this butternut squash gnocchi for my final test. 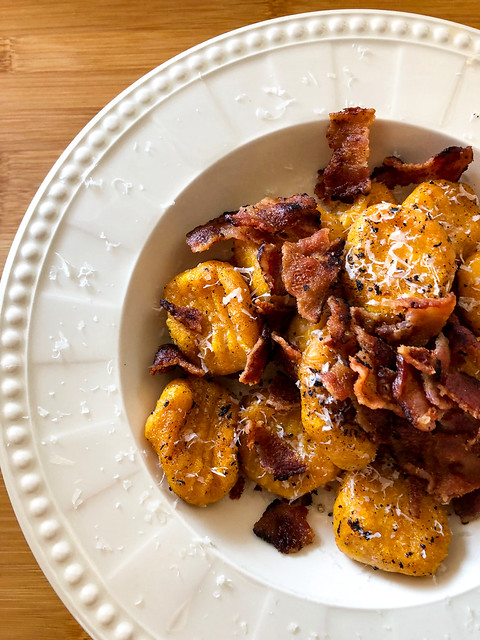 Perfection!!! Absolutely delicious and I love the char I got from finishing the gnocchi in the bacon fat, LOL. Talk about decadent! 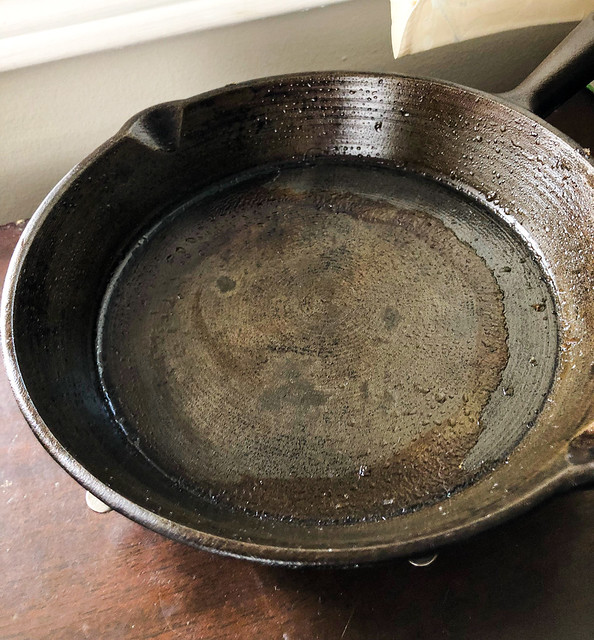 The lemon juice trick for removing rust from cast iron was unbelievably effective! Just do not turn up the heat too hot when you try this technique although technically the lemon juice overflowing all over the pain did remove the rust but OMG, what a mess!

Remember to make sure to do this on a day that you can also season the pan which takes a lot of time. Remove the batteries from your smoke detector because it will set it off. Be generous with your seasoning so you do not get any open segments like I did.

Was it worth it? Absolutely! It was incredible to see how fast and easy the rust disappeared in comparison to when I last bought a rusty pan and scrubbed the life out of it to get the damn rust off. Just make sure your windows are open and vent is on. That rust smell is quite overpowering.

I am so glad that I tried this new technique and now have a new pan in my collection here in Toronto. She is all packaged up and boxed away for the upcoming move but I look forward to using her again one day on a cast iron foodie adventure.