You are here: Home / learning / What Makes a Muffin, a Good Muffin?

With Reg being home now and me wanting to make homemade goods beyond cake and cookies, I started to delve into the world of muffins. I quickly realized, I don’t know what the hell I am doing.

What makes a muffin a good muffin, exactly? I guess it should be healthier than a cupcake but if it is too healthy and dry and boring, who is to eat them? Not us! I turned to the cookbook that my friend Kelly bought me Five Roses Guide to Good Cooking (Classic Canadian Cookbook Series). It is the longest-running recipe collection from a Canadian flour company and is a Canadian foodie classic. They define muffins as, “truly delicious quick breads… appetizing, economical and quickly made.” I decided to put my “spin” on their basic recipe which turned out to be a bad idea…

I had made my own oat flour so I thought I would substitute the 2 cups of flour with oat flour instead. I combined 1 cup of milk with 1/4 cup of vegetable oil (not melted butter like I was supposed to) and then added 2 well beaten eggs. 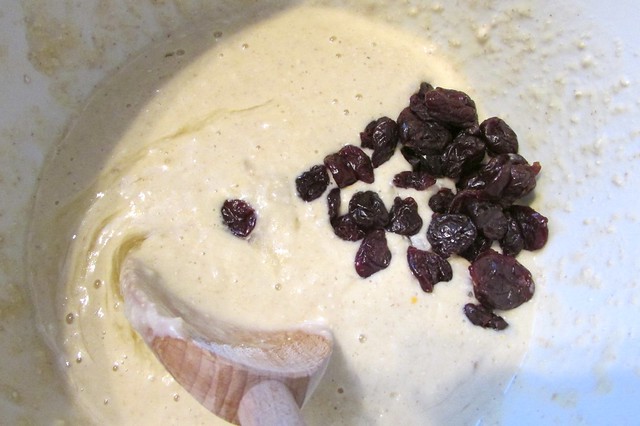 I had some expensive dried cherries which I thought would be a nice addition.

I decided to use paper liners just in case and put the muffins in a 400F preheated oven for 15-20 minutes. 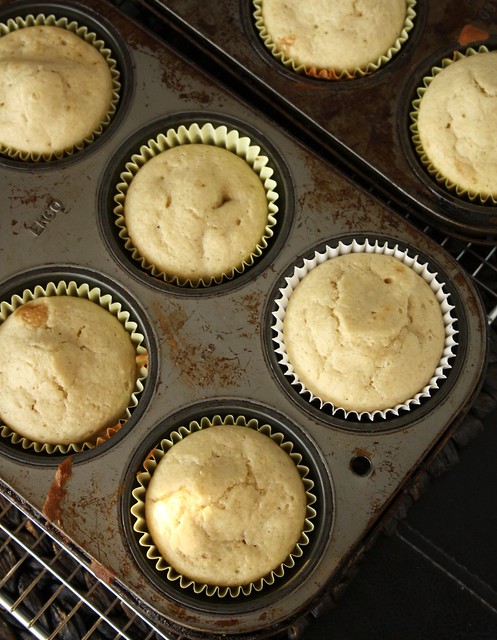 Well the batter stuck to the liner like glue and it was filled with holes so it kind of just stuck together and fell apart at the same time. The flavour? Boring! Nothing. Not sweet and I could taste the baking powder. Of course if there had been butter in there it would have tasted better and perhaps if I used regular flour it may not have gotten all freaky.

I even tried to slather it with Nutella to save it but no. Nutella could not bring these so-called muffins to life. I meddled too much but it got me to obsess even more over the question, what makes a muffin a good muffin?

I would love to hear your theories. I obviously need a lot of help in this foodie department.