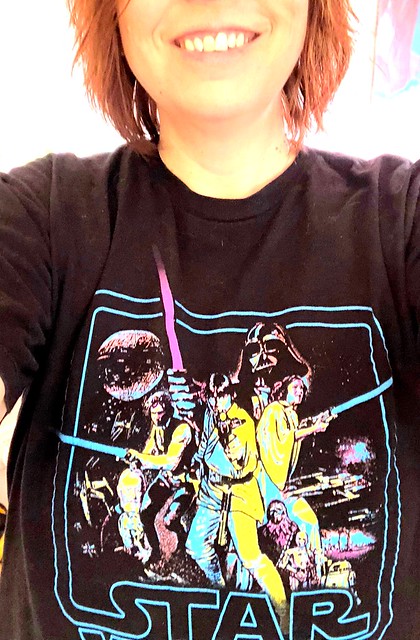 For those who do not know, I am a geek. I think I would have called myself a closeted geek growing up because, well, it was so normal to be watching Star Wars every single day after school. To watch Star Trek when we visited our Mom on Sunday night dinners. I never really thought about it until I went to Hal-Con and discovered… These are my people! It was one of the first times in my life I felt normal, LOL. This is my normal.

This year for May The Fourth Be With You I weathered a wicked wind storm in my brand new Star Wars t-shirt to have dinner with my sisters. But there was also something magical going on that I soooooo wanted to be a part of but could not fit into my day! 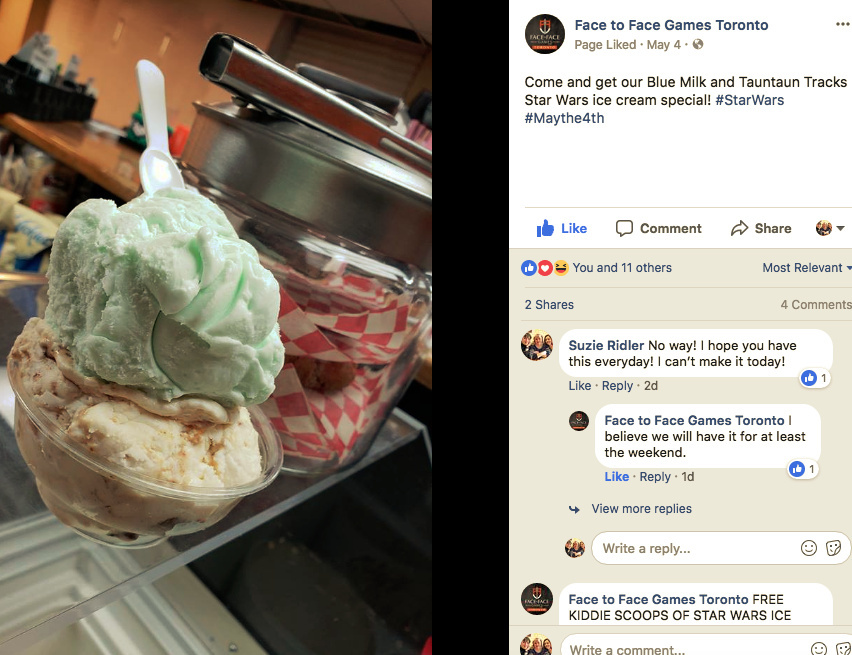 Face to Face Games Toronto had Blue Milk and Tauntaun Tracks Star Wars Ice Cream for sale! You can see in the screen capture that I asked if it was something they carried all the time. They answered they thought there was enough to get through the weekend.

I Am So There 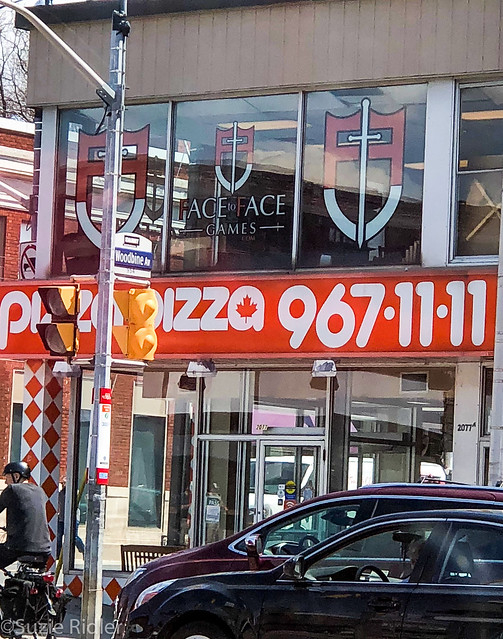 The next day I went to 2077a Danforth Ave East at Woodbine above a Pizza Pizza. What a brilliant location! Close to the subway and above the most iconic pizza place in Toronto. This place looked like nirvana to me. 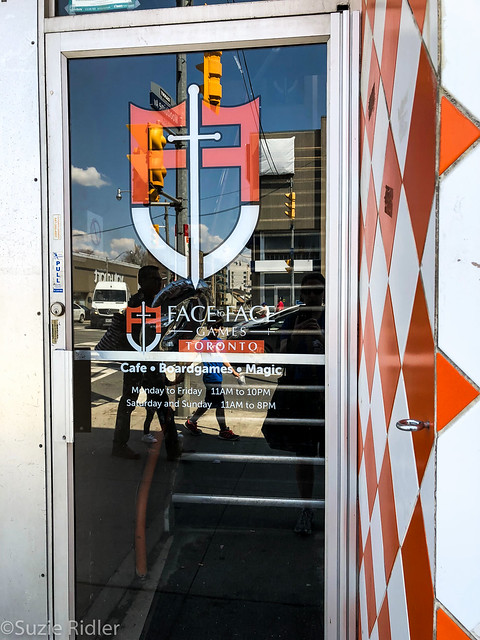 I was impressed that they listed they had a cafe first and even included… magic! 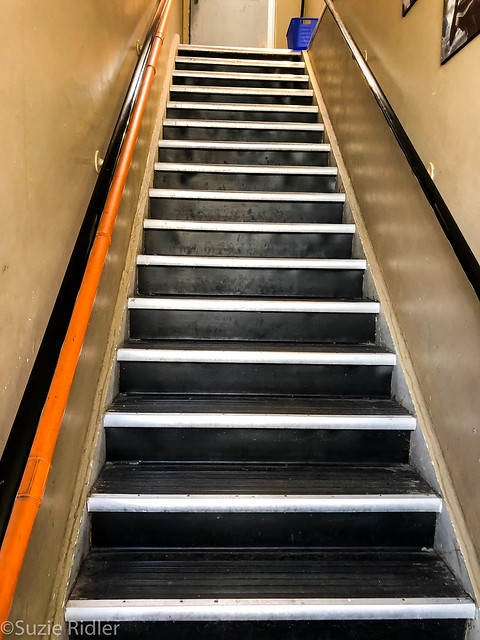 Sadly, this is an old building and the store confirmed to me there is no way to avoid the stairs so people with mobility issues might not be able to go which really sucks. 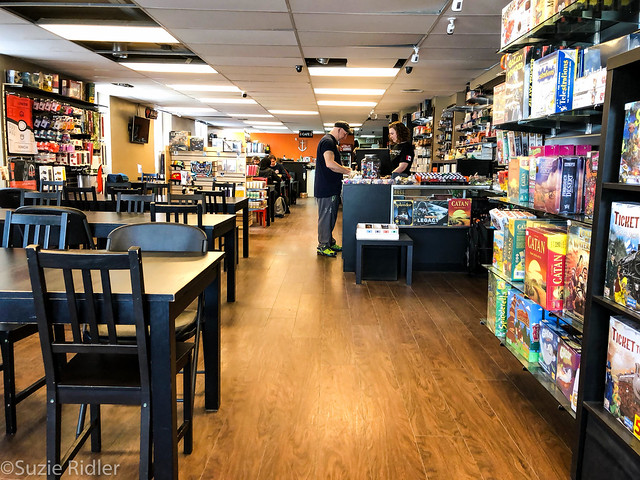 The space itself is fantastic! It is extremely long with lots of places to sit and tons of games for sale. 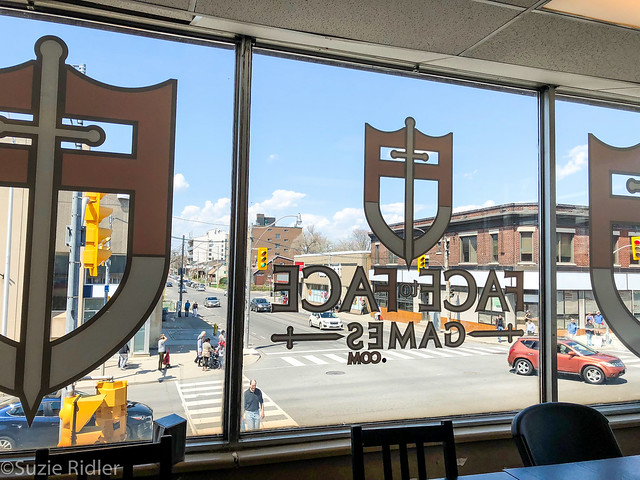 I particularly like all that natural light streaming into the store! The last place I gamed had no windows in the gaming area and was disgustingly hot in the summer and totally freezing in the winter. This was super geeky fancy pants. 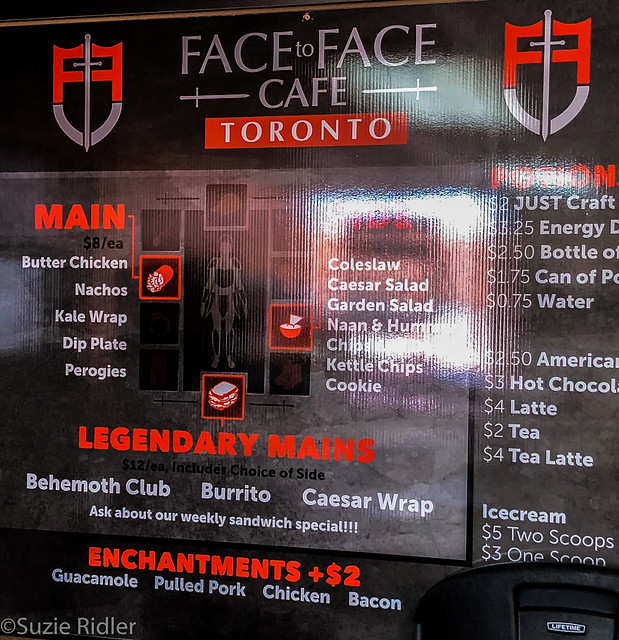 My old gaming place had junk food and pop. That is it. This place you can get perogies! And even butter chicken? Lattes, Americanos…???

BTW, I am not dissing our old gaming place. I LOVED it and missed it every day after it closed in Vancouver. I am using it to demonstrate what a shock to my system it was to be in such a luxurious gaming setting. 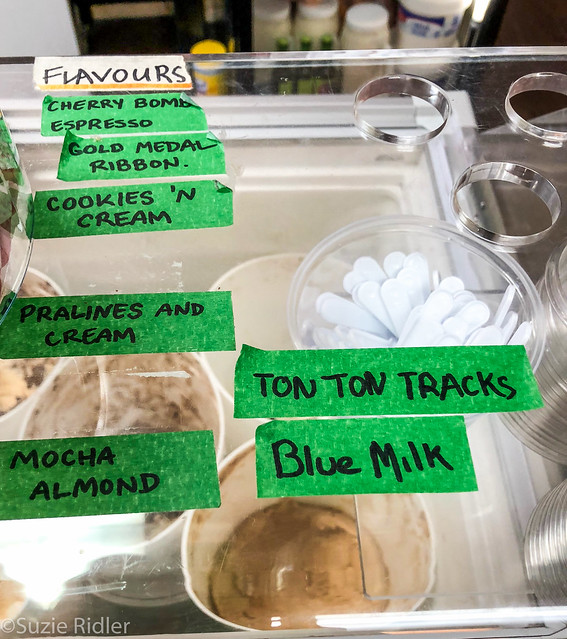 But you know why I was there. Star Wars ice cream! 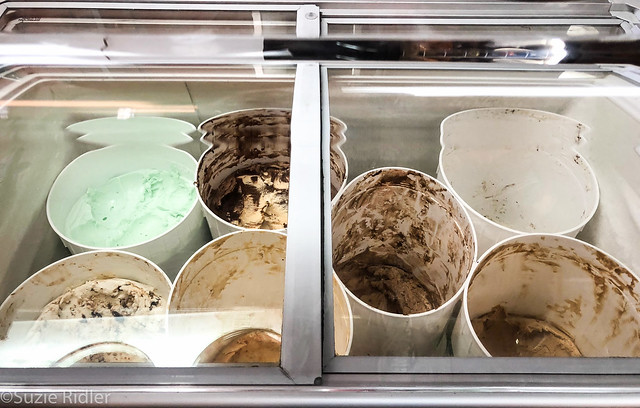 The Blue Milk and Tauntaun Tracks Star Wars ice creams were on the left. That blue milk did not look super blue to me though… 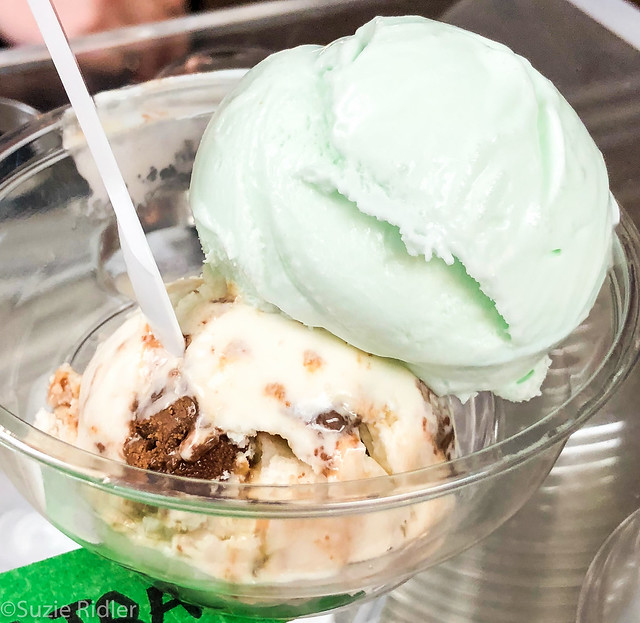 I ordered it and nope, definitely more green than blue and it kind of looked a lot smaller than advertised:

Yup… Much smaller! Like, half the size and I paid $5 for those two scoops. 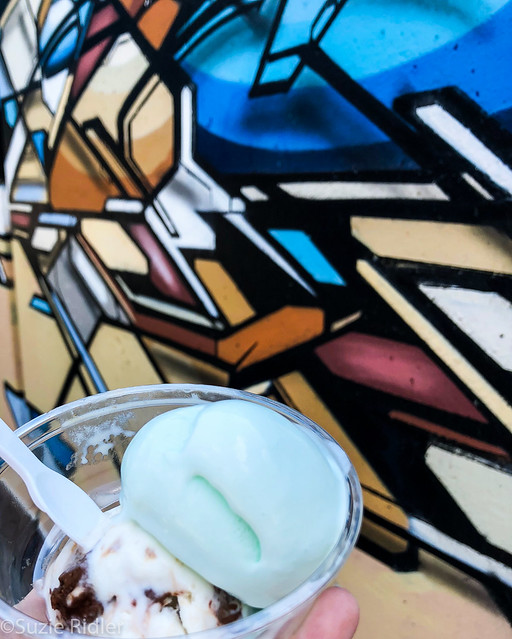 The Blue Milk Ice Cream is pretty much exactly what I thought it would taste like: cereal milk. Which is genius! When I was a young girl watching Star Wars in the theatre six times I always looked forward to that moment where Luke and his aunt and uncle sat in their hut and Luke poured blue milk. It fascinated me and blew my mind that milk could be a different colour on another planet. I always wondered what that milk tasted like. I think whoever made the ice cream did a great job imagining the flavour of blue milk turned into ice cream. In fact it reminded me of the milk leftover from my Boo Berry cereal. Perfect.

The Tauntaun Tracks was a very sweet butterscotch ice cream that worked great in comparison to the blue milk. It added depth and complexity which is smart because the blue milk on its own may be considered kind of boring. That said, super sweet!!!!

In the end I was disappointed that it was not really blue in colour. I also feel there was some serious false advertising when it comes to how much ice cream I was going to get when I paid my $5. I loved the space, the customer service was excellent and it is a genius idea for a store. Taking everything into account I give the Star Wars ice cream experience three and a half out of five wooden spoons.

Not quite out of this world but a good attempt and next time, a little more ice cream please.

I sent my review to the store and received this response: “Our cafe manager read your review and there seems to have been a problem with the portion size. We were running a promo of free scoops alongside our normal $5 ones and it would appear that you were given the free size. We’d like to apologize for this. Next time you are in we’ll give you two double scoops on us.”

Now that makes sense! I knew there was something going on and what a professional way to deal with it. They also gave me a store credit. As a result, I change my review to four and a half wooden spoons and an A+ for customer service.