You are here: Home / recipe / Tutorial: How To Make Easy Refried Beans 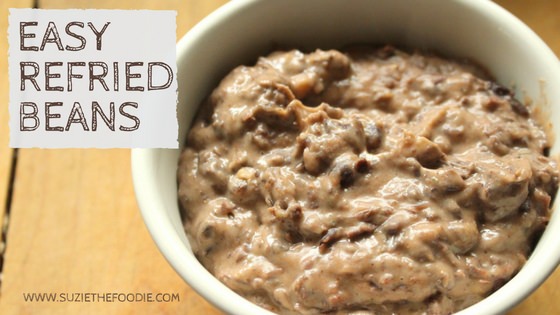 Forever ago I tried making my own refried beans and it was a disaster! I believed the recipe when it said all you had to do was mash them with a potato masher and everything would be OK. I used canned beans and I can tell you, it wasn’t OK. No matter what I did I could not smash them together so I ended up using a food processor and promised myself I would never make them again.

The other day I ran out of canned refried beans made with black beans, my favourite. But! I did have some frozen black beans I had made in the Instant Pot a while ago. If you do not have a pressure cooker but want to make your own refried beans from scratch, remember to cook the hell out of them! Cook them way past doneness and this will make all the difference. 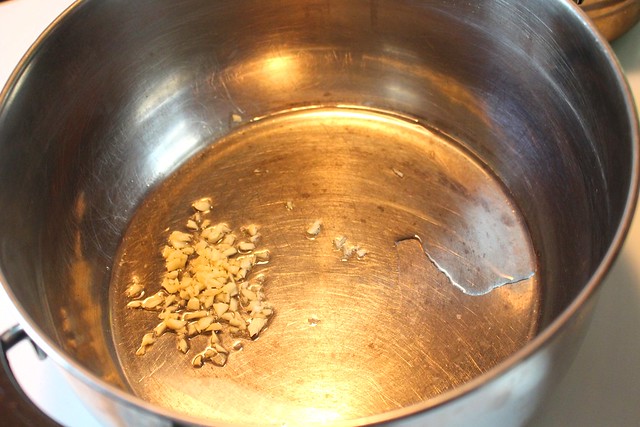 Heat some oil in a large Dutch oven with some garlic. 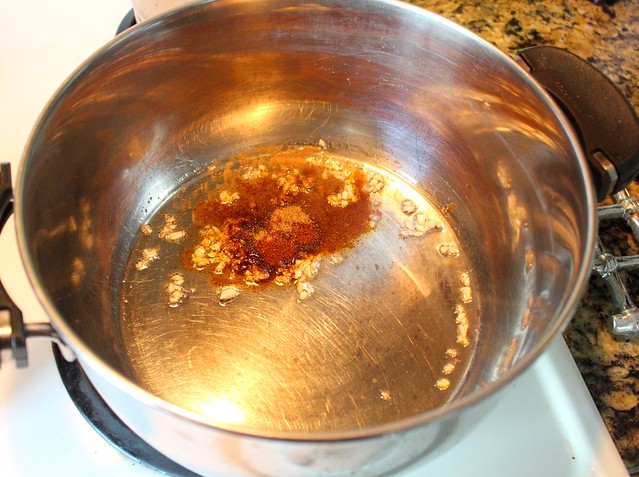 Add your spices. I was going to add a lot more flavouring later so I just added some chili powder and cumin but go for it. Chop up a jalapeño, some onions… whatever you want. 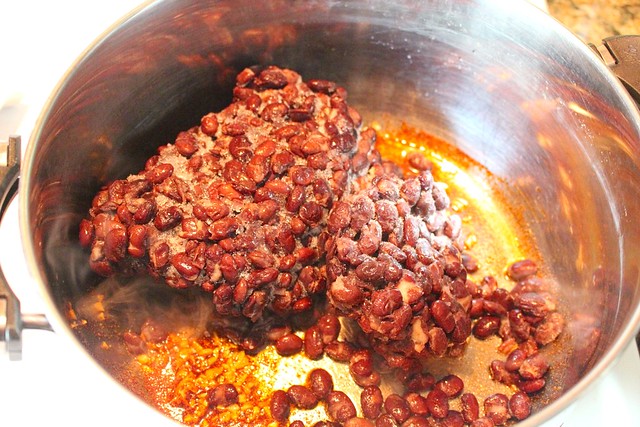 Add your beans. I know, the traditional way to make refried beans is with pinto beans but I am not a fan. For me, it will always be black beans. As you can see they were still mostly frozen. I like making big batches and then freezing them for later. 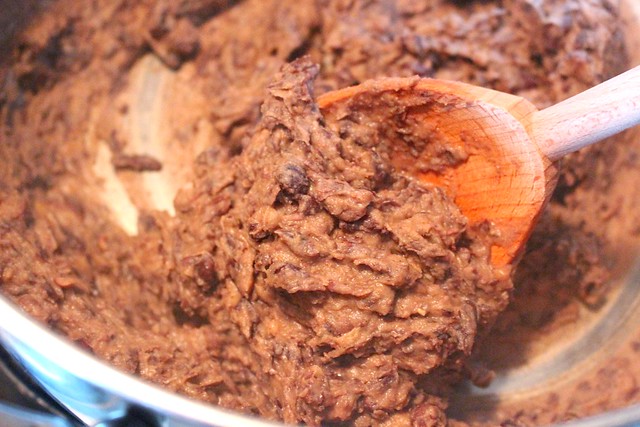 Stir and look what happens! Like the original recipe said, the beans just melted together! I could not believe it. FINALLY! 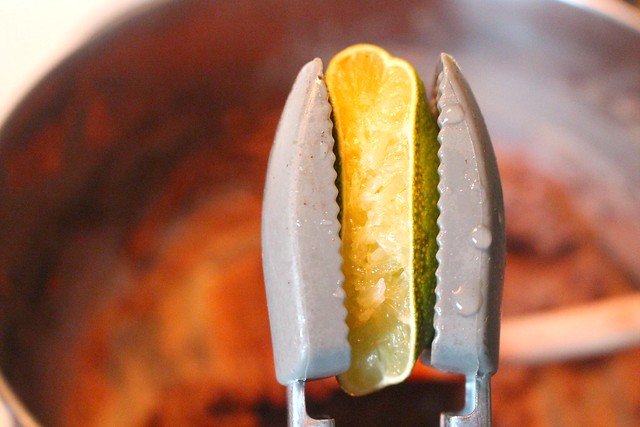 I added some fresh lime juice at the end when the beans were off the heat.

Taking It To The Next Level 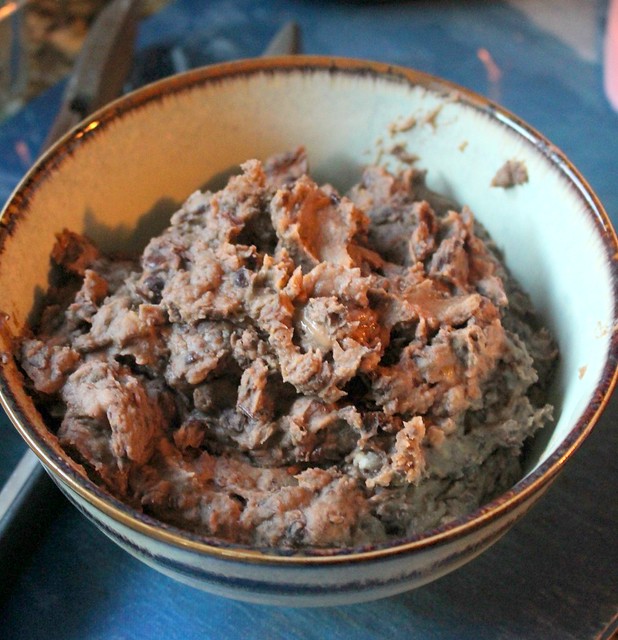 There you have it! Refried beans, damn it. I could have been making these on my own for decades had I known that the trick was to use over-cooked beans. Live and learn…

Now, you could just stop there but me? I wanted them creamier and even tastier. 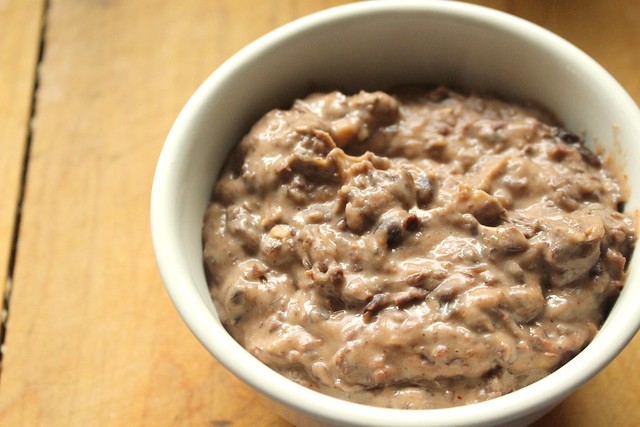 That is right. I added some powdered ranch dressing as well as the actual dressing to the refried beans which makes them extra creamy and flavourful. I know, it sounds super weird but let me tell you, we have been enjoying this bean dip forever! One of my favourite fakeouts of all time and now I can make it from scratch with my own dried black beans.

So cook the hell out of those beans and make your own flavoured refried beans! Your hands will thank you.