You are here: Home / holidays / Tutorial: How to Roast a Turkey 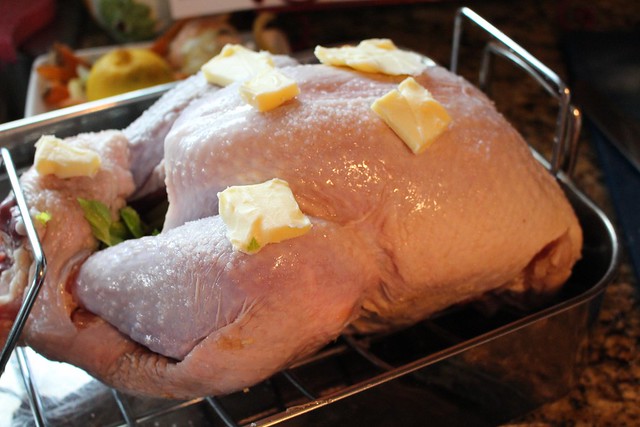 A few years ago I attempted my first turkey-cooking for Christmas. It was a disaster! Reg made me promise never to make a whole turkey again and until this year, I honoured that request. My dad, however, special requested a turkey so I finally had to make it. This tutorial is thanks to my sister Shannon who has successfully made turkey for our family many times. 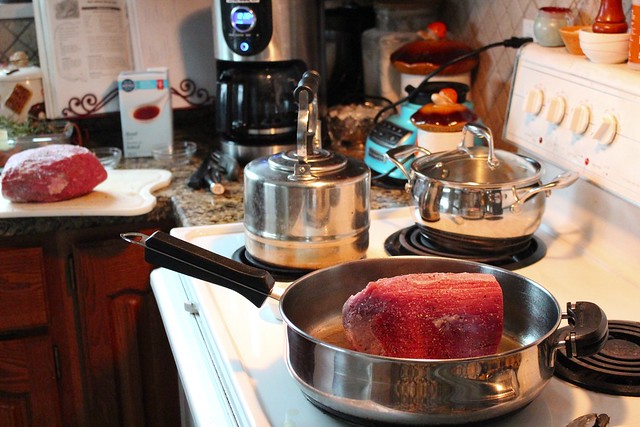 Just to be safe, I made TWO crockpot roast beefs on Christmas Eve so if the turkey was a disaster, we would still have something to eat. 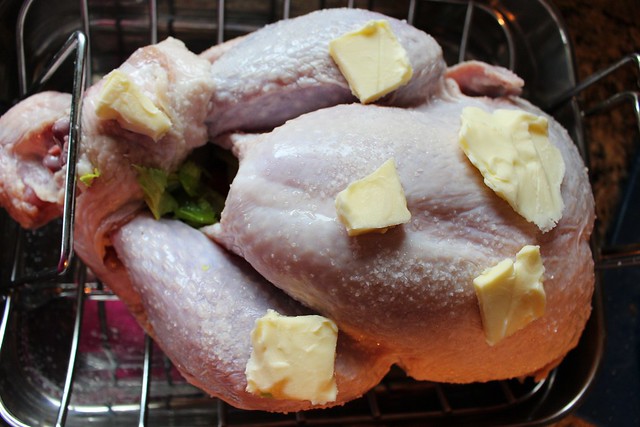 Stuff ya need for the turkey:
Turkey
1 lemon (cut in half)
butter
salt
carrot, celery, onion (1-2 of each to put in cavity)
turkey baster
2 cans cream of mushroom soup for gravy

For the turkey, this is how I do it. Timing is for it to be anticipated dinner around 6-6:30.

1:30 PM preheat the oven to 450F, move the oven rack to lowest/best place for the turkey.
If it’s not pre-basted, prep turkey by washing it including the cavity.
Remove the neck and the giblets (they are usually in a bag).
Rub outside of the whole turkey with the lemon.
Salt the turkey, including the cavity.
Place breast side up on a wire rack in the roasting pan.
Add small pats of butter to the top of turkey and anywhere it won’t slide down (crooks to the wing/legs, and a few places on the top).
Stuff the cavity with the carrot, celery, onion – can be flex on how much of each of these you use. Sometimes I put the remainder of the lemon in. 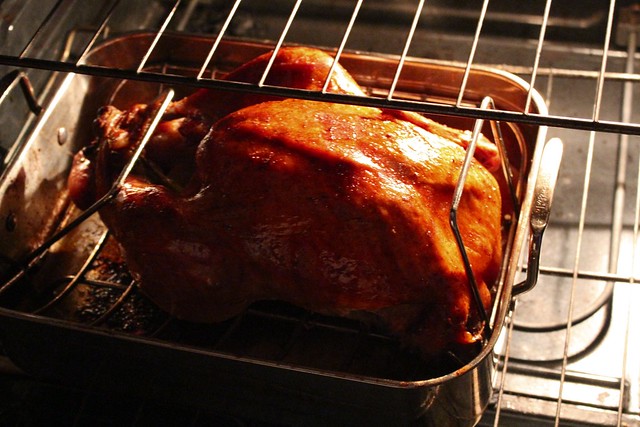 Add water to the roasting pan, I usually do about 1/2 cup to 3/4 cup.
If you have a leave-in meat thermometer, you can put it in now.
By now it’s probably around 2pm, and you put the turkey in the oven.
Turn the oven down to 350F.
Put on the timer for 20 minutes.

Now you are in basting mode! Baste every 20 minutes. If there are no juices in the pan yet, pour a little water on the surface of the turkey and also add some to the roasting pan.

When the turkey gets very golden-y brown on top, give it a tin foil tent. Usually it still needs 1 or 2 more sets of 20 minutes to cook. 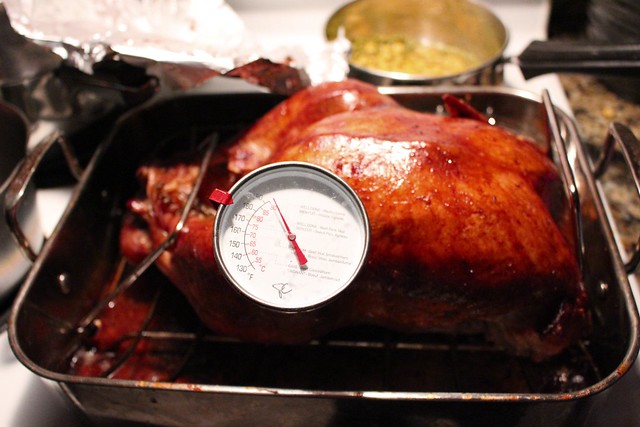 When it’s done, take it out of the over and transfer it to something it can rest on for a bit. Keep the tent on and let it rest while you make the gravy. Usually the turkey comes out of the oven at 5:30-6 pm and the dinner is ready at 6:30. 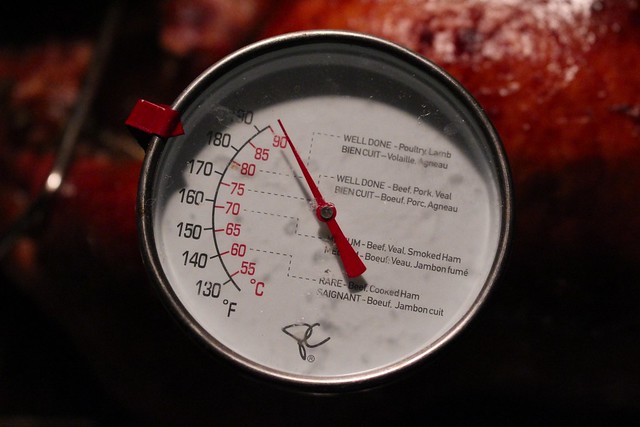 Everything turned out perfectly despite the fact that I accidentally turned off the oven (thinking I was turning off the timer) for a while. As a result, I added additional cooking time so if anything the turkey would be over-cooked, not under-cooked. 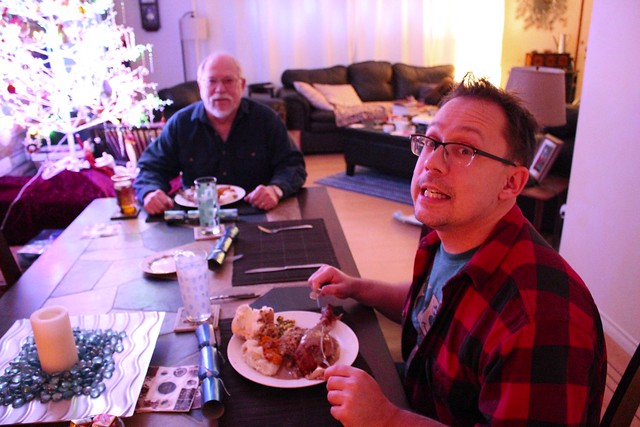 Turkey legs for Dad and Jason and they were perfect! I have to say, it was one of the best turkeys I ever have had. Thank you so much Shannon!!!

FYI: my cranberry sauce shockingly and dramatically kamikazied onto the kitchen floor from the oven during the cooking of the turkey. After that and the oven being turned off by accident, it was smooth foodie sailing.