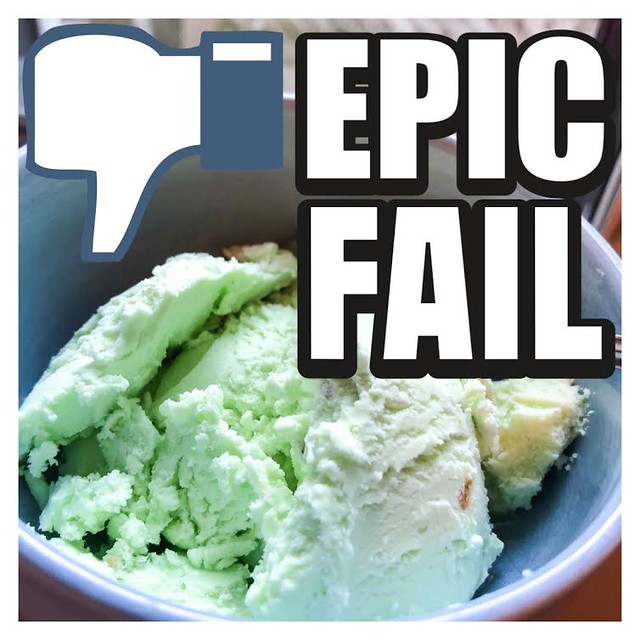 No, there is NO recipe card for this bastardization of a pitaschio ice cream. I failed once before to make this flavour of my childhood and thought I was being so clever to try a new take on it and wow, I was so wrong. Welcome to my test kitchen! 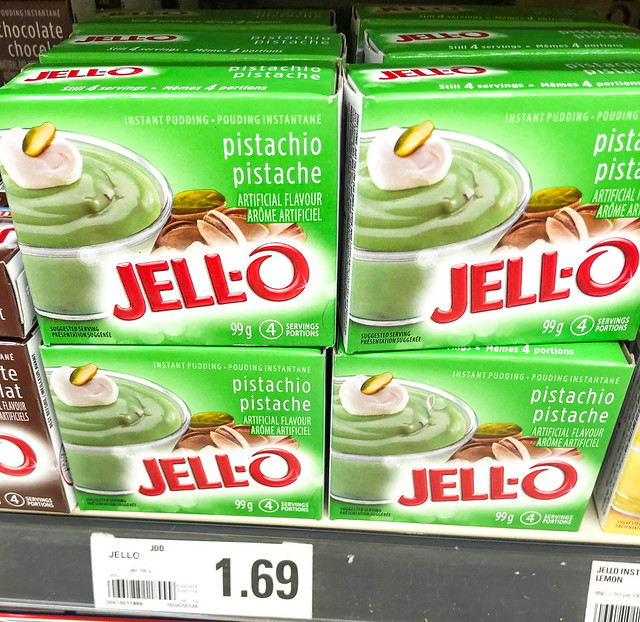 I had no idea you could get pistachio Jell-O pudding until someone mentioned it on my Facebook page recently. People LOVE it and so many of my foodie friends have used it in their baking which got me to thinking… How about making ice cream with it? It has that artificial flavour (probably of my childhood) and when you make ice cream you make a custard a lot of the time anyway… 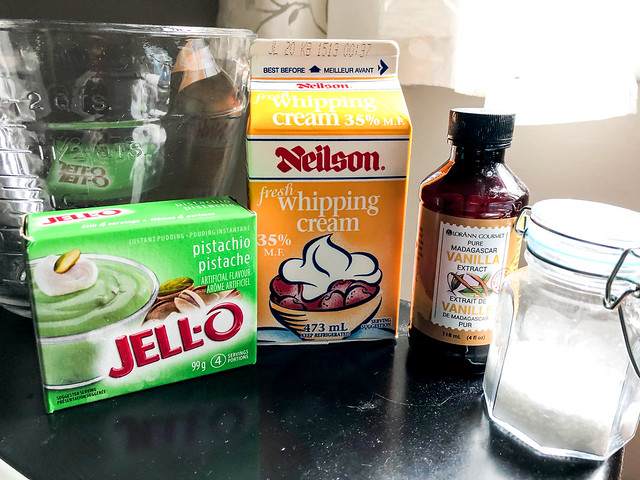 I was inspired by this recipe that made a similar ice cream and apparently is “the only pistachio ice cream recipe you will ever need”. Really…

I used just whipping cream, vanilla and a bit of salt. These are typical ingredients when I make ice cream. 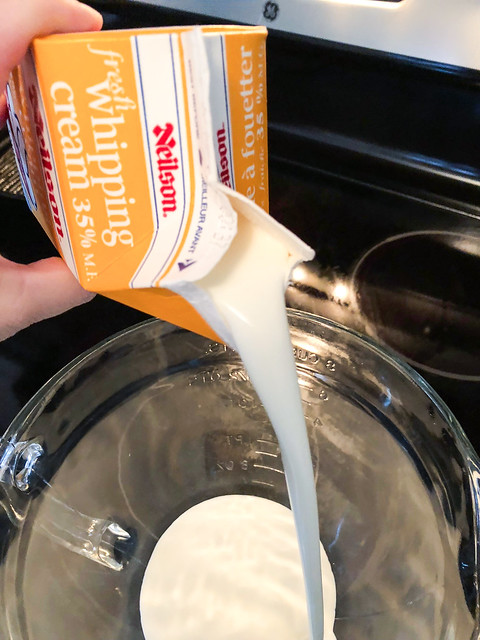 I knew it was a risk just using whipping cream but I figured that the pudding would help give it softness. I have learned from the past that too much fat in ice cream can lead to weird crystal texturing so I thought with the pudding in there, it would be a safe call. 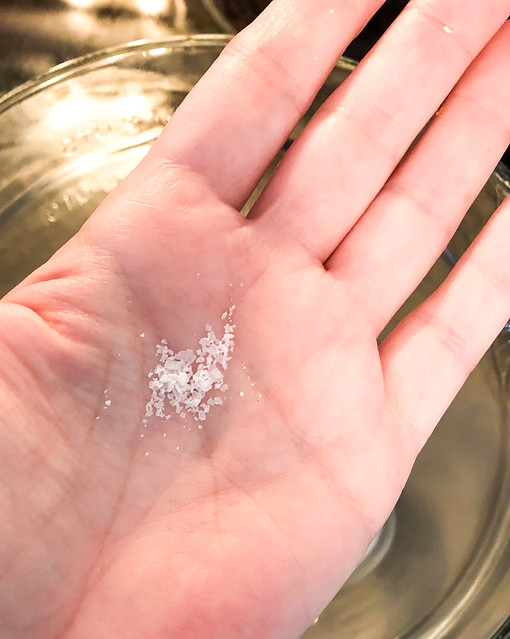 I always add a little salt to avoid ice cream from being too sweet. 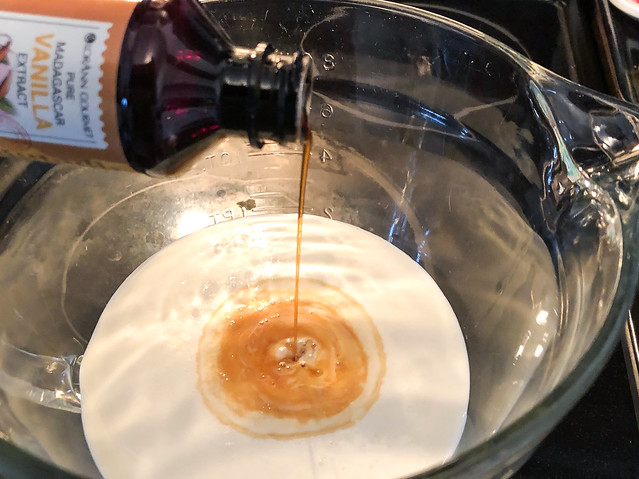 I wasted real vanilla on this one. 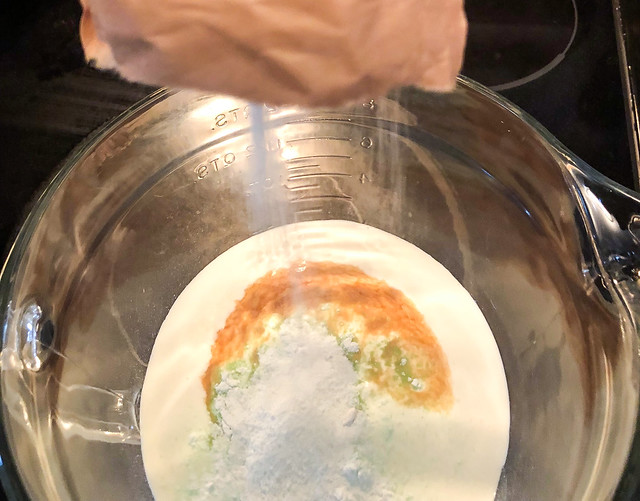 I was so excited to see that fake green from my childhood memories as the contents of the pouch hit the liquids in the bowl. 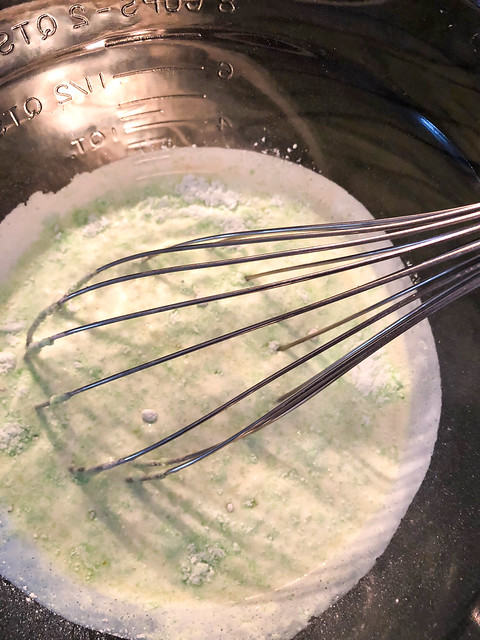 I whisked everything together for a couple of minutes and put it in the fridge. 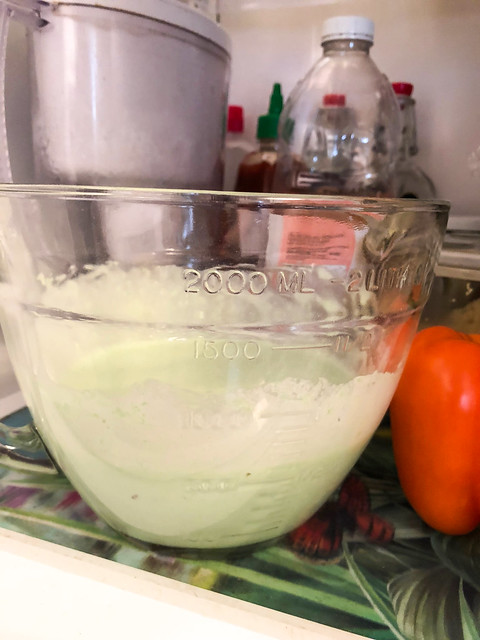 There is that colour! And little specks of real pistachios. Impressive. Right? 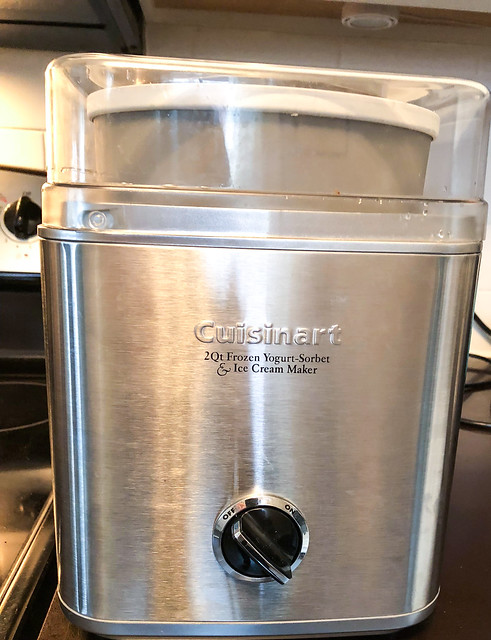 I put Jamie’s fancy ice cream maker together. The base was frozen solid. 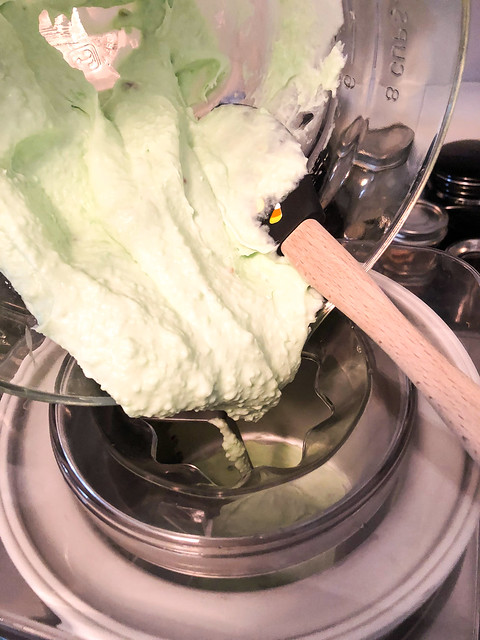 In just a couple of minutes in the fridge the ice cream solidified quite a bit. It was actually hard to get out of the spouted bowl. 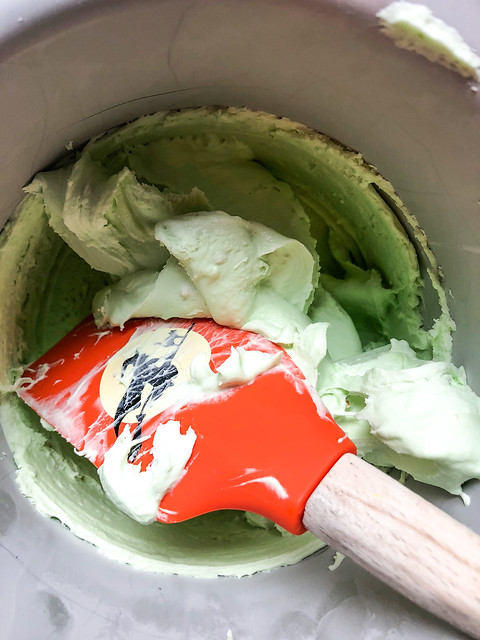 I let it churn for 20 minutes and boy did that ice cream cling to the sides, it did not want to come out. 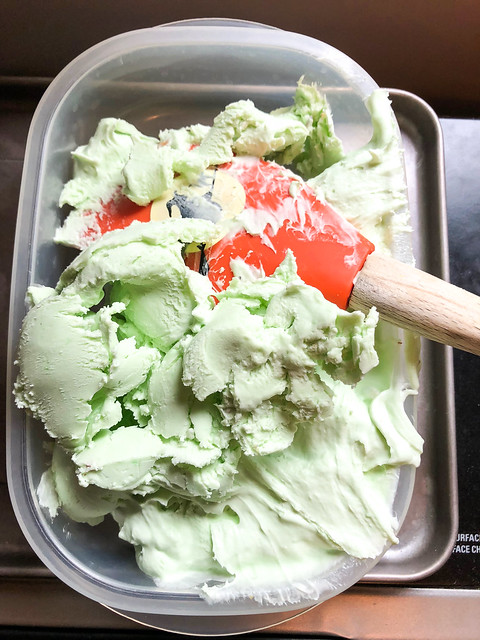 It made enough to fit into one small container. I put it away and saved it for a Friday night treat with my sisters. 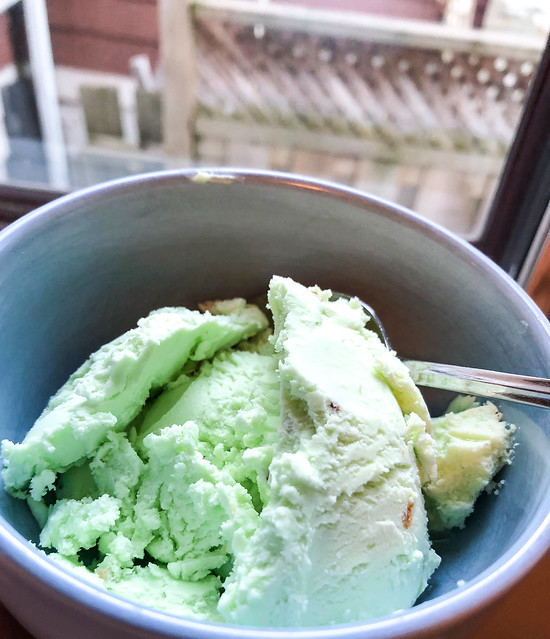 That distinctive flavour was there but man, this was awful! We each had a little bite and politely put our collective bowls back on the table. There was definitely too much fat (my fault) but the worst part was the pudding texture. It was downright cloying to the mouth. Hard to eat. Weird and uncomfortable. You know when something has a yucky mouth feel to it? This had that. In spades. Oddly enough I noticed the same issue when I tried the pistachio ice cream at Maple Leaf Dairy Ice Cream Shop the day I hurt my leg. That is why I ordered the cappuccino.

What a bummer! But that is life in a test kitchen. It happens. Not everything is a winner and I learned a lot. Bake with pudding, do not make ice cream with it.

Jamie found an old nostalgic recipe that promises to be the original pistachio ice cream from the past so I am not giving up. I will try it one day when I am much more mobile. She also told me that our grandparents used to give us pistachio ice cream when we were kids which is why I love it so much! And why I am so deeply determined to get that flavour back into our lives…