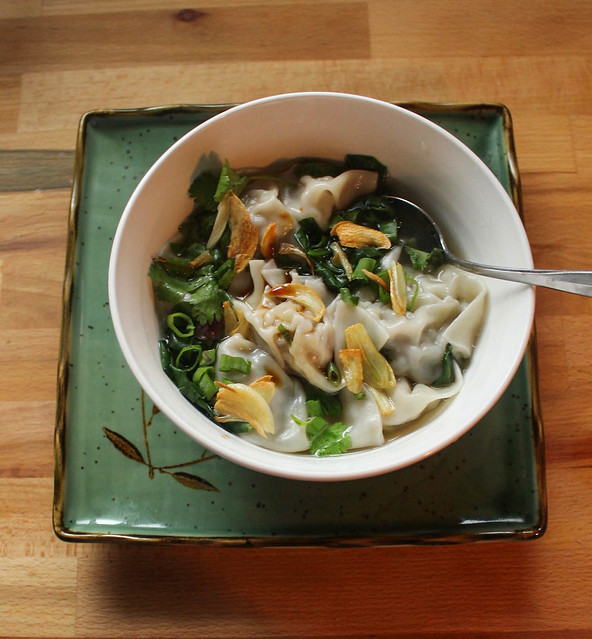 I have been a member of allrecipes.com forever! Last year I signed up for their magazine subscription and was excited to see a recipe for a Thai Wonton Soup from one of their members. It had never been reviewed before so I wanted to be the first to try it and share my results. I have written the recipe out in full but only made half because this recipe makes enough to feed eight people! 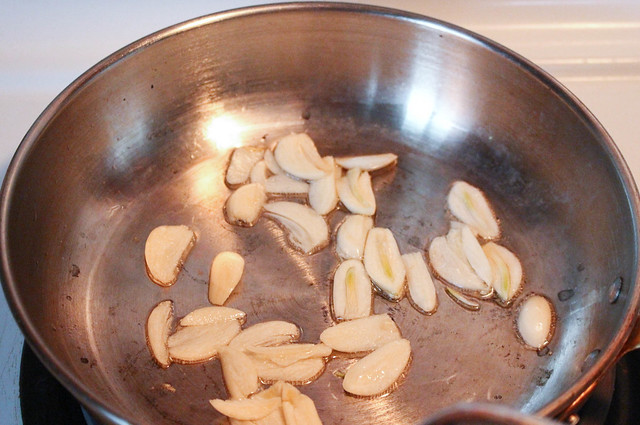 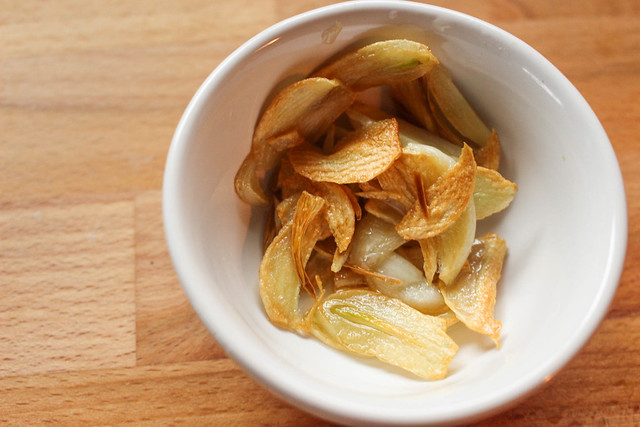 Stir occasionally until garlic is pale and gold. Remove from heat. 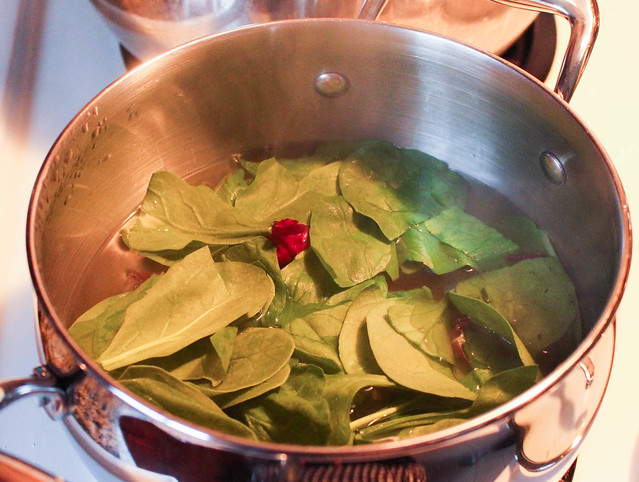 Simmer 6 cups chicken broth while you make the dumplings. Once made, stir 1 1/2 cups baby spinach leaves into the broth and let wilt 1 minute. 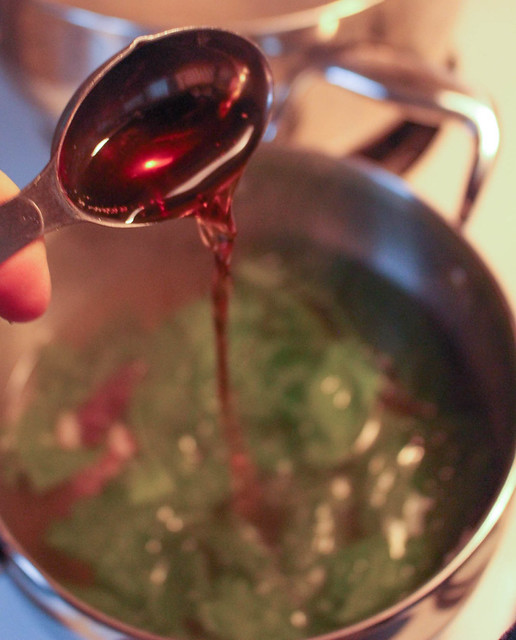 Season broth with 3 tbsp fish sauce or to taste. 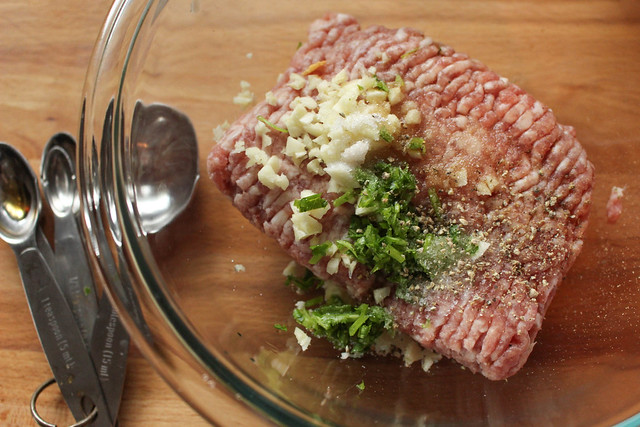 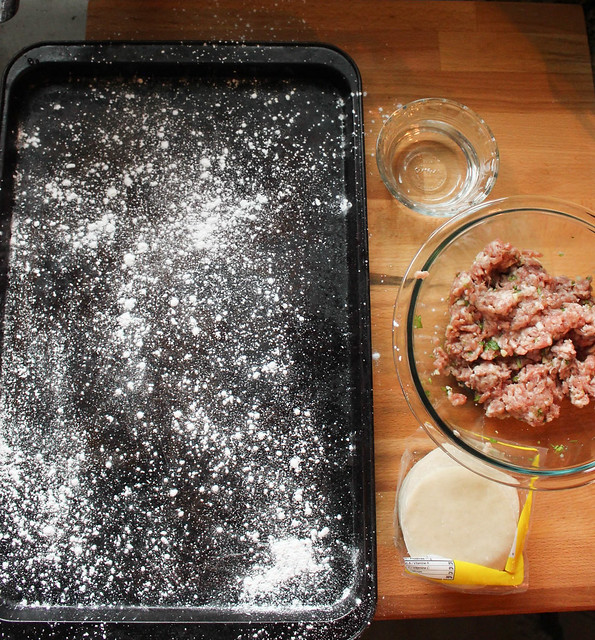 Dust a large baking sheet with cornstarch, have a small container of water close by and open a package of wonton wrappers. 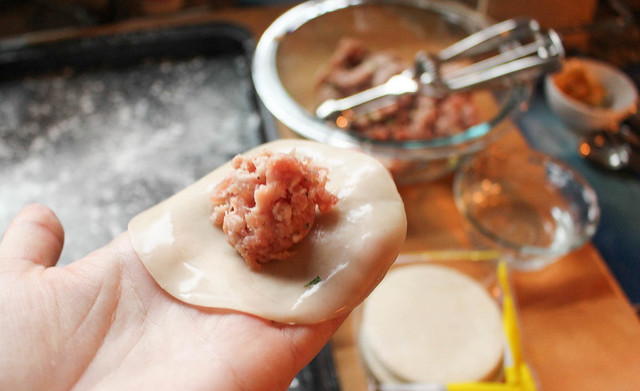 Place 1 rounded tsp of pork mixture in the centre of the wrapper. Moisten edges. 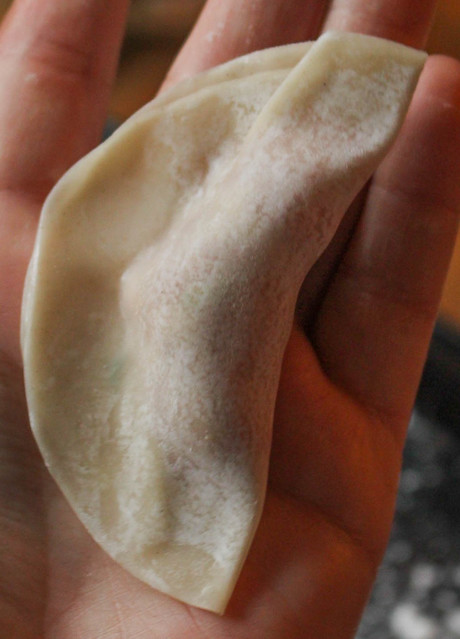 Press firmly from the inside out to seal. You do not want any air pockets inside the dumpling. 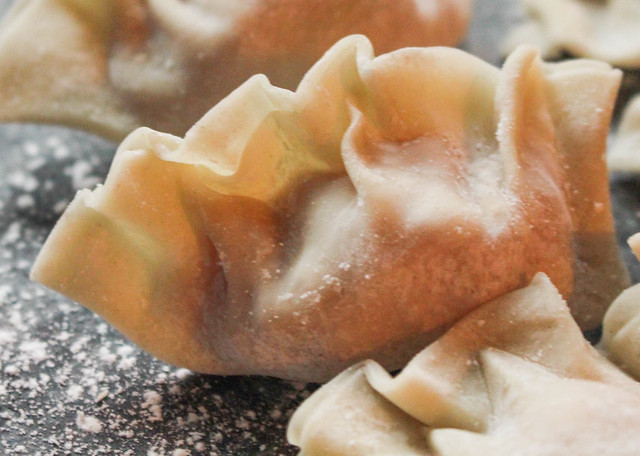 You can get fancy like me if you want. Just crimp the edges like a faux shark’s tale. 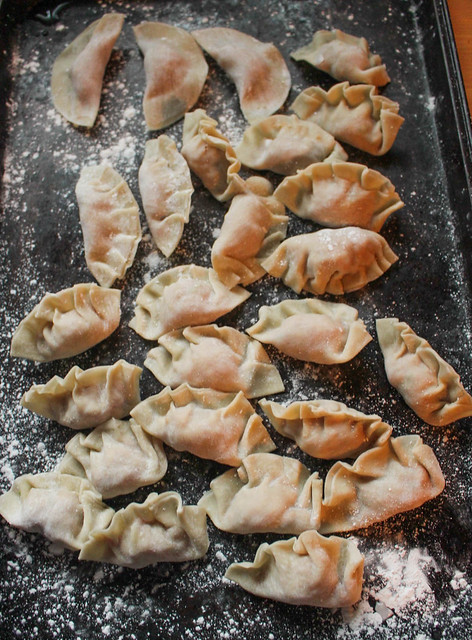 Add to baking sheet and cover with a clean towel as you go. Repeat until you run out of filling or wrappers. 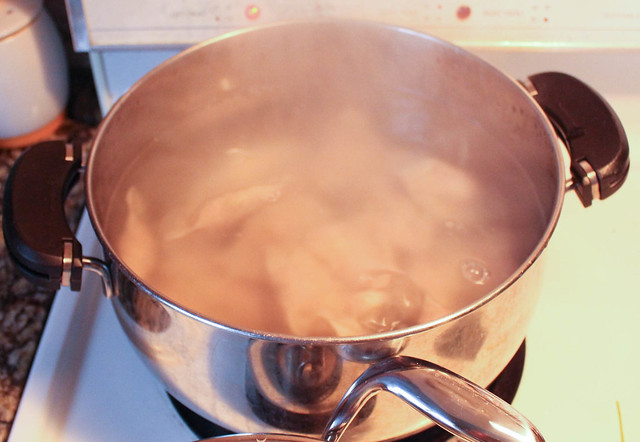 Bring a large pot of salted water to a boil and carefully add dumplings. Once it comes back to a boil… 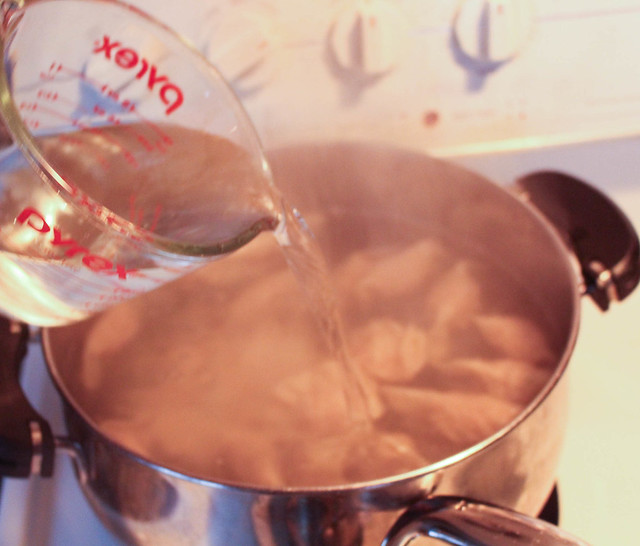 This is very cool because it ensures that the filling is cooked through without overcooking the pasta.

Remove a dumpling, cut in half. If it is still pink, they need more time. 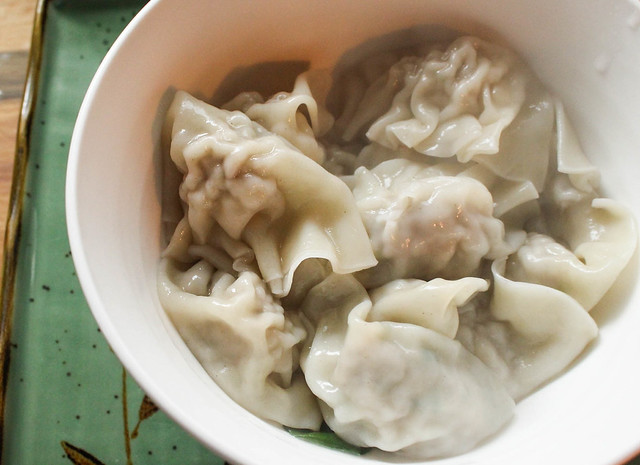 If not add a few dumplings to each bowl. 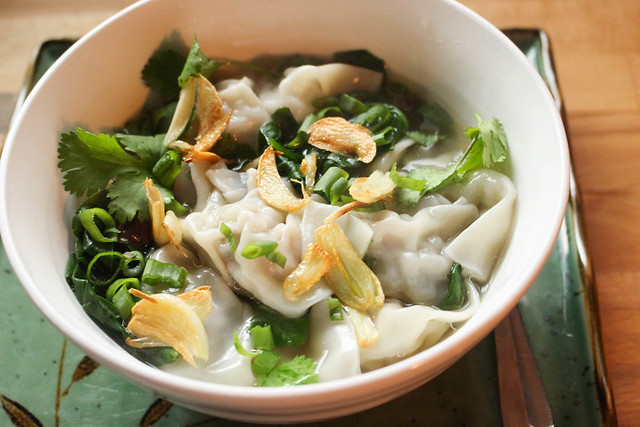 Ladle broth on top and sprinkle with some cilantro leaves, sliced green onions and those beautiful garlic chips you made. 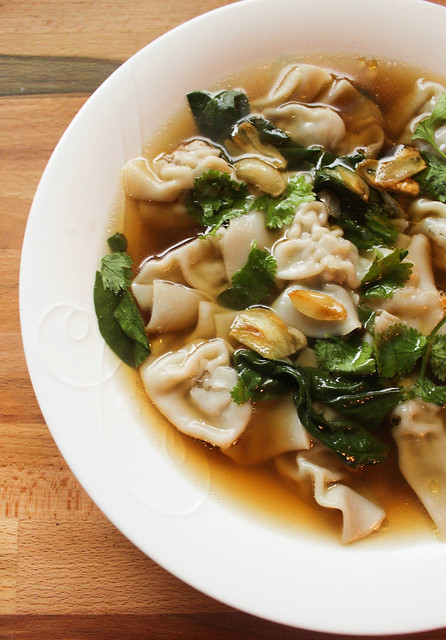 Sadly, the soup was just OK. I worked so hard on those dumpling and wanted more flavour. I added some soy sauce, a little bit of sesame oil and some fresh lime juice and wow, then the soup was FANTASTIC! It went from being a little two dimensional to over-the-top delicious.

I give the original recipe a three out of five wooden spoons. Made my way? Perfection.