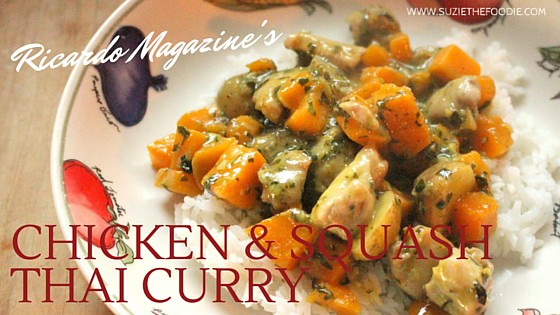 I discovered this recipe for chicken and squash Thai curry in the spring issue of Ricardo Magazine. It sounded so simple yet delicious so I had to try it. I already had some chicken thighs in the freezer and a small butternut squash so it was the perfect choice for adventurous weekend cooking. 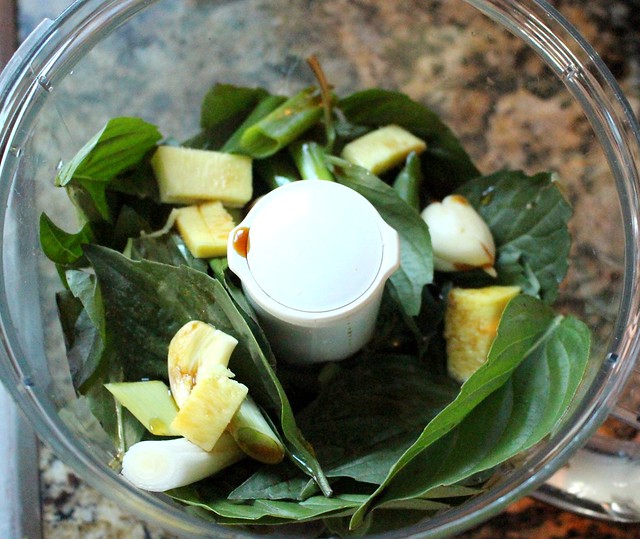 I divided the recipe in half because I only had four chicken thighs but the recipe card at the bottom will be the original recipe which I do recommend following in full. I wanted leftovers! 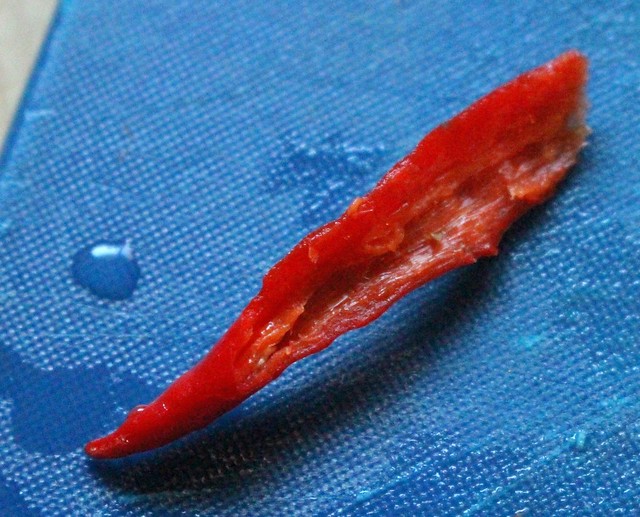 Because I am the “spice wimp” what I did instead was cut a fresh chilli in half, remove the seeds and added it to the sauce as it was cooking. It still had a nice little bit of heat without wanting to kill me. 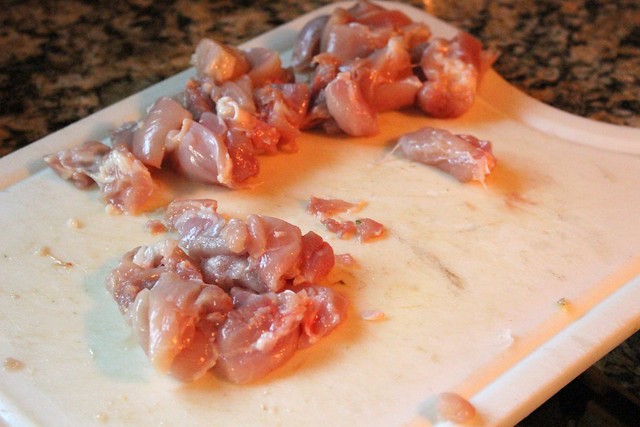 For the curry you need 1 1/2 lbs of skinless, boneless chicken thighs that have been cubed. I used four chicken thighs but it did not look like enough meat. 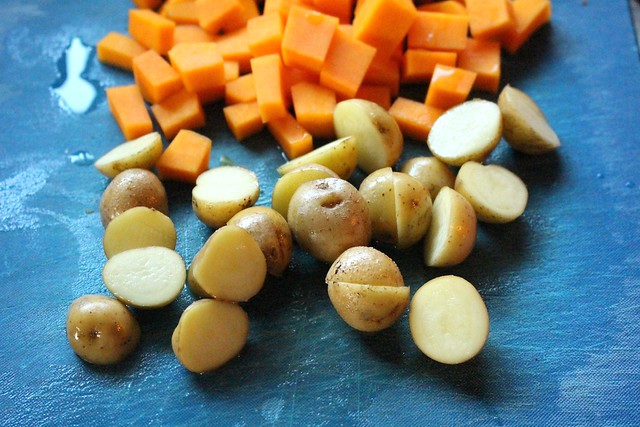 So I added some small nugget potatoes to boost the volume of the dish. You will also need 5 cups of peeled, seeded and cubed butternut squash, olive oil, 1 can of coconut milk and salt and pepper. 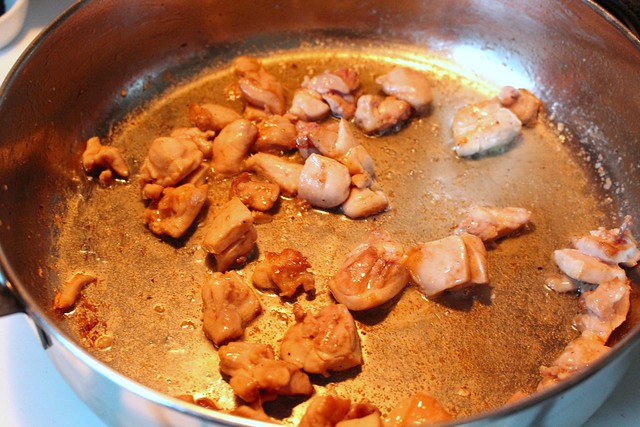 Brown the chicken in the oil over hot heat in a large pan. Season with salt and pepper. 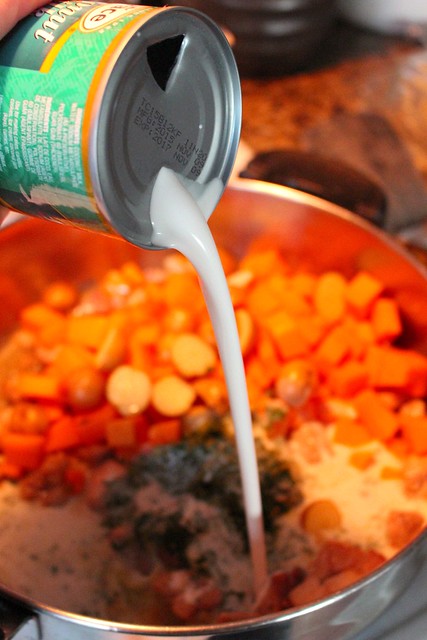 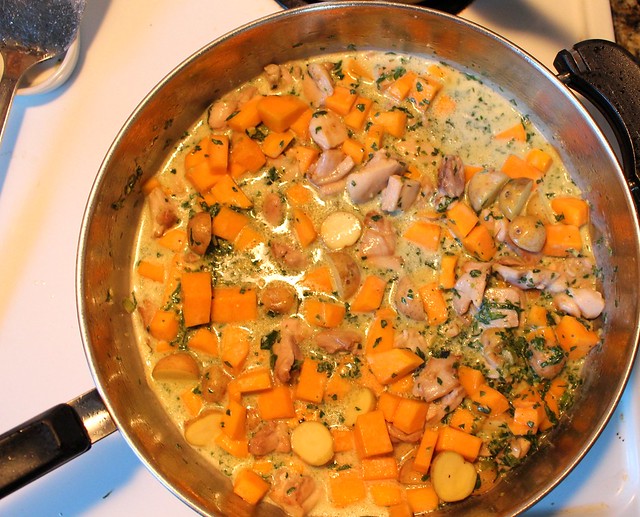 Bring to a boil and then let simmer over medium heat for 20 minutes. 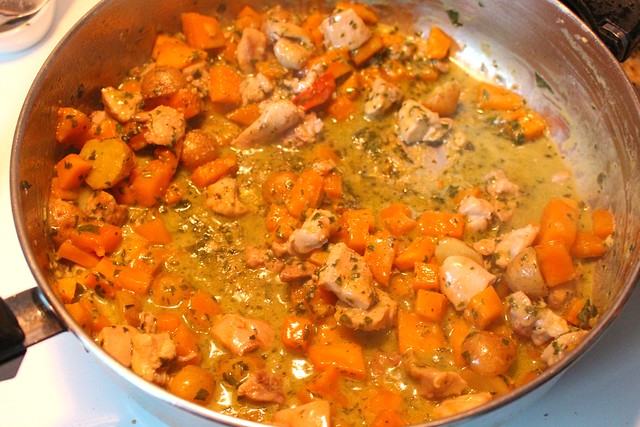 You want the squash to be tender and the sauce to be reduced by half. 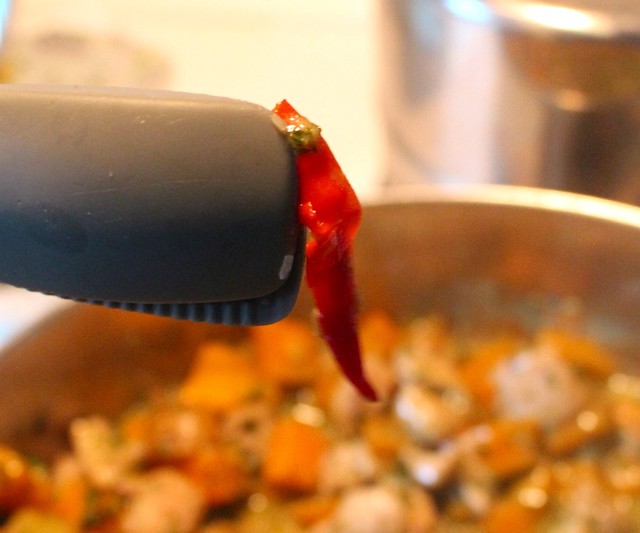 This is when I removed the chilli pepper. 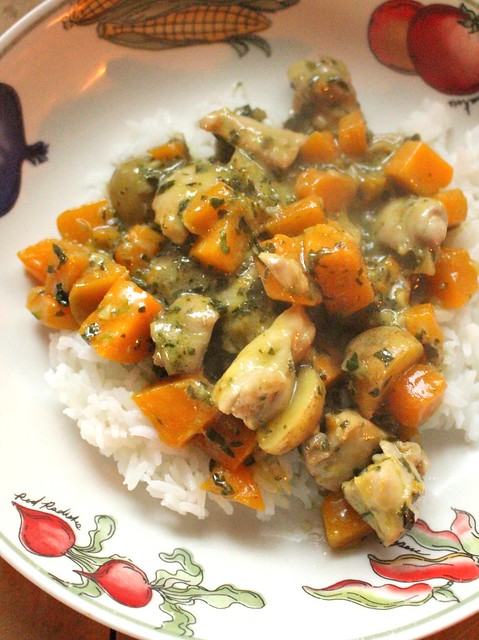 Serve over rice or with naan bread.

This was absolutely delicious. The more we ate, the more we enjoyed it. We really had no idea whether or not we were going to like it. I was all ready to call for a pizza if this was a flop but I am happy to report, it was an easy and stunning dish that I will now be making on a regular basis. Reg loved it too which shocked me. If it is Thai, there is a good chance he will not like it but yay! We both loved it.

Economical, not difficult to make (OK, the peeling, deseeding and the chopping of the butternut squash was a bit of a challenge but worth it) and pretty fast to cook up. Reg and I both loved it so it gets… Five out of five wooden spoons.