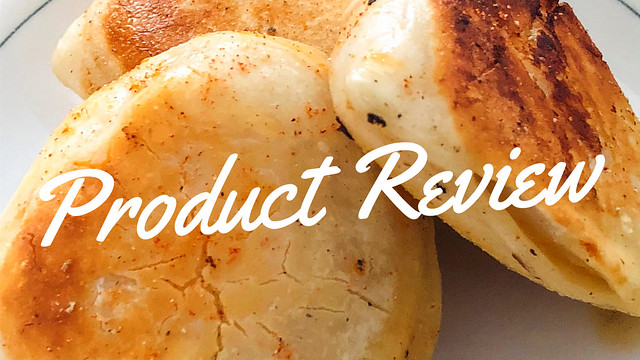 I have been trying to help contribute to dinners at my sister’s place when I have strength which, sadly, has not been as often as I would like. I am getting there but it is a slow healing process. That said, I was completely craving some serious comfort food and came across this! 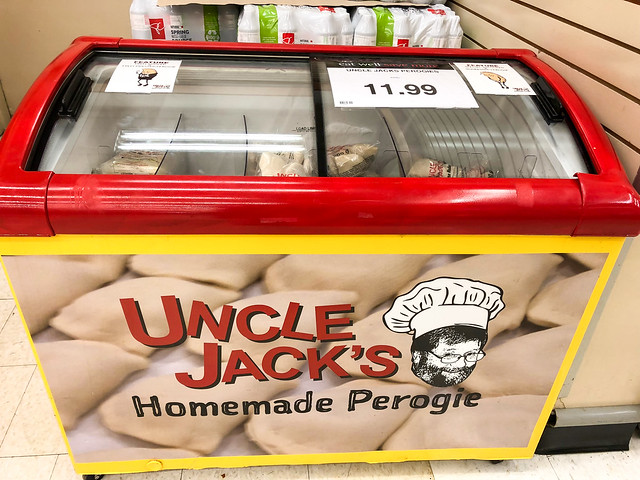 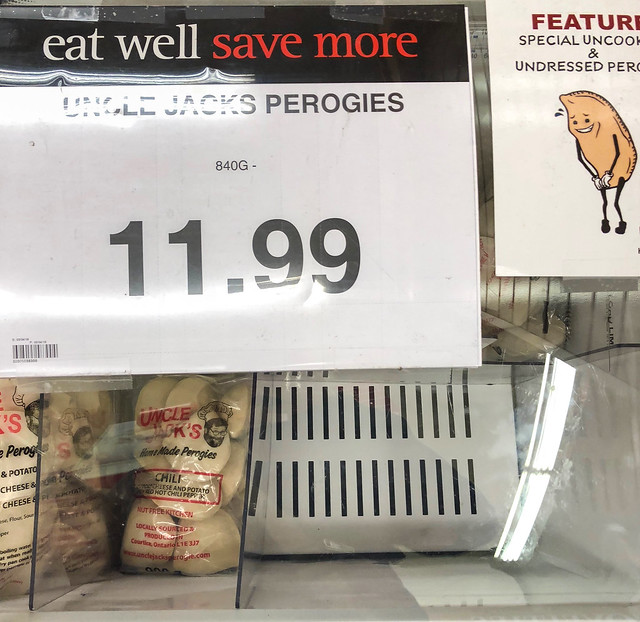 First I thought, holy crap! $11.99 per package has to be the most expensive pierogies I have ever seen. According to their site though they are supposed to be the best ones on the planet. 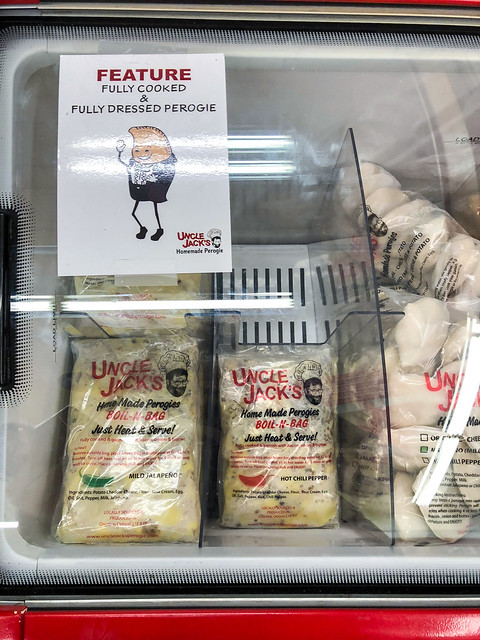 Not only that, they have some you could boil in a bag which is a no-go for me but that is OK considering those had chili peppers in them. No thanks. When it comes to this comfort food I go old school. 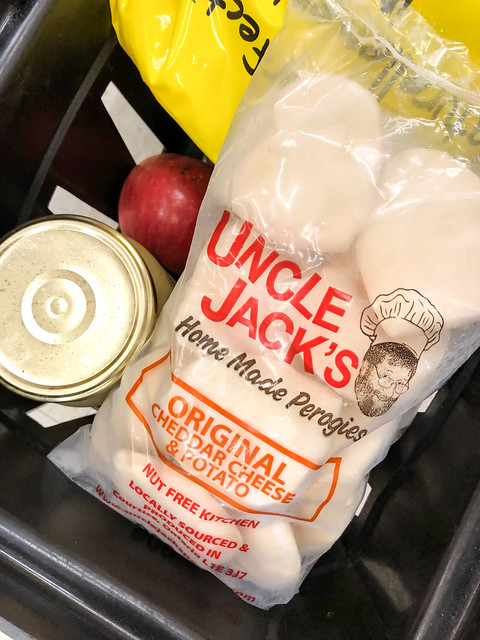 I found their original cheddar cheese and potato pierogies and stocked up on a couple of bags. There is nothing worse than not having enough pierogies to go around. 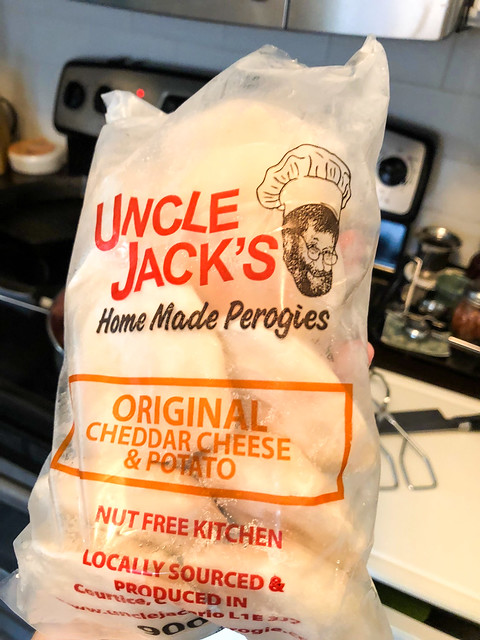 The part that took the longest was making the sausage and sauerkraut to go with the pierogies but thanks to the Instant Pot it was done in well under an hour! 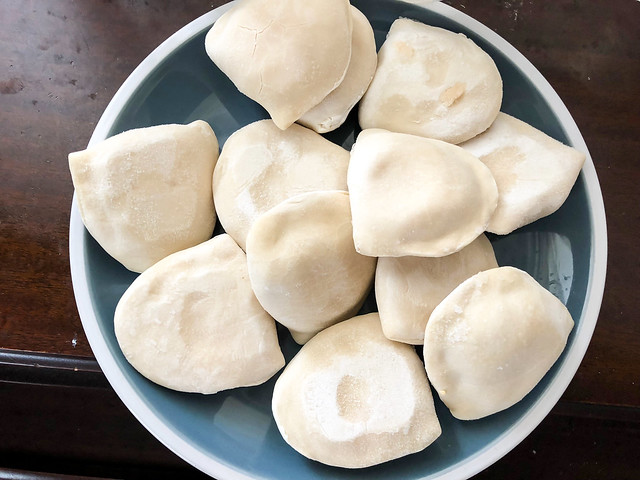 The bag says to drop them into rapidly boiling water, stirring gently to prevent sticking. They should be done in 3-5 minutes and then you can fry them up.

Did I do that? No. That is not how I usually cook my pierogies which is ridiculous, I know. Especially since I prefer to just take off the frozen edge in… the microwave! I know, blasphemous but I swear it is one of the only times I use the damn thing.

Normally this works fine but these ended up sticking to the plate so follow the bag’s directions. I wanted to be able to compare them to the normal cheap ones I buy and how I usually make them. Will not be doing that again! 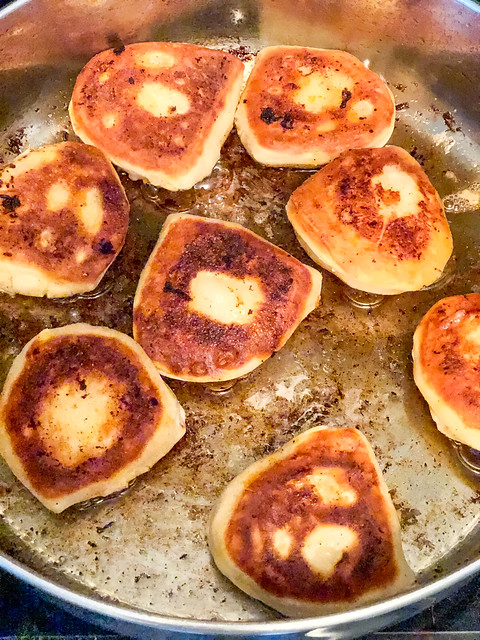 Normally I would fry them in a combination of olive oil and butter but with the bacon and sausage drippings… I could not resist. I had no luck finding my regular seasoning salt so I tried a new one. I took my time to brown them on both sides and they looked quite huge and beautiful. 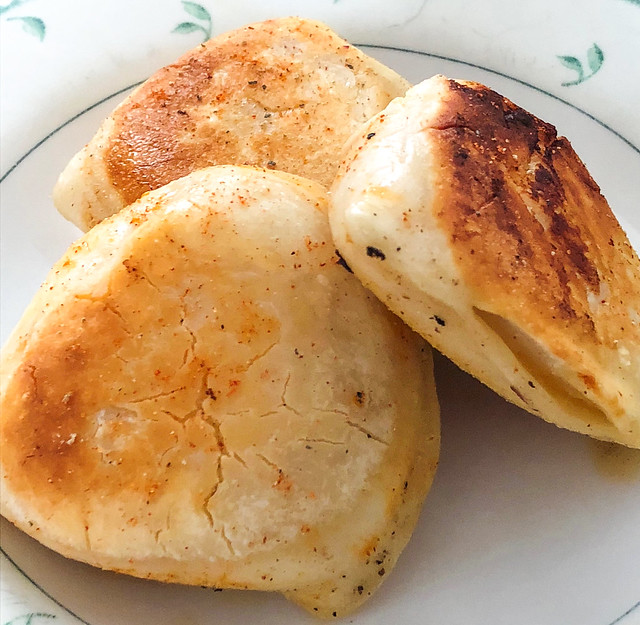 The cracking is probably the result of the microwaving so my bad! Still, these ended up being like heavenly potato pancakes. So fluffy inside! 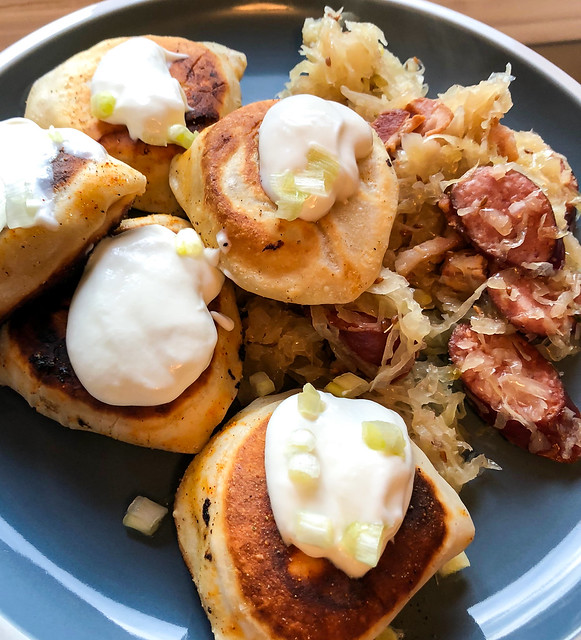 We had the most decadent pierogi dinner on the planet! Especially me, as I ate FIVE of those giant Uncle Jack pierogies. That is in fact my plate proudly on display in the photo. I ate it all!!!

We loved them. They were beautiful. This was the ultimate in decadent “peasant food” as our mom would have said. A company that makes their pierogi filling with sour cream? My kind of people. My one complaint is I could not taste the cheddar cheese very much. They were VERY potato-y. According to the list of ingredients the cheese is listed after the sour cream. I think they may want to consider switching the two or using a sharper cheddar. I want that cheesy filling!

As a result I give Uncle Jack’s Original Cheddar Cheese Potato Home Made Perogies four and a half out of five wooden spoons. May seem a little harsh but I spent $24 on that dinner just on pierogies alone! Still, very close to perfection. Impressive but I have had better.